Paris Saint-Germain extended the contract of manager Thomas Tuchel until the summer of 2021 on Saturday.

Tuchel, who guided PSG to the Ligue 1 title in his first season in charge, expressed his happiness at earning another year in the French capital, per the club's official website:

"I'm delighted to extend my contract and commitment to Paris Saint-Germain. I'd like to thank the chairman and the whole club for their trust in me and my staff. This only reinforces my ambition to bring this team to the very top through hard work. I'm also very touched by the backing of our supporters, and I'm sure that the best is yet to come for our club."

The news is somewhat surprising despite Les Parisiens' domestic triumph on Tuchel's watch, as results away from the French top flight have been less than inspiring.

Worse still, the former Borussia Dortmund chief failed to bring the success in the UEFA Champions League the club's mega-rich owners crave. Instead, PSG were eliminated in the round of 16 after squandering a 2-0 first-leg lead against Manchester United.

Tuchel was obviously aware of the speculation such disappointing results can lead to. He found humour in the subject of his future during an interview with Canal+ after Les Parisiens lost 3-2 to Stade de Reims on Friday (h/t Get French Football News):

Thomas Tuchel on his future: "Honestly I am worried... It feels like everyone knows something that I don't." (C+)

To be clear, Thomas Tuchel was playing to the crowd somewhat this evening &amp; being ironic, "funny" about his future. Haha.

Despite his struggles outside the league, Tuchel's performance had some merit thanks to the free-scoring nature of his champions:

The brand of enterprising football he perfected in the Bundesliga is an ideal match for the marquee talents in the PSG squad. Neymar and Kylian Mbappe thrive thanks to these tactics, with the latter going from strength to strength this season.

Kylian Mbappé was directly involved in 40 goals in the 2018-19 Ligue 1 season, at least seven more than any other player. • 29 games • 33 goals • 7 assists Young Player of the Year, Player of the Year, Golden Boot and another winner's medal. https://t.co/QaF0pHTsrA

What Tuchel needs is the time and the investment to fortify his team in key areas. In particular, the heart of midfield needs strengthening with superior options alongside Marco Verratti.

Retooling an ageing defence still reliant on 34-year-old centre-back Thiago Silva and right-back Dani Alves, 36, should also be a priority. PSG need a fresh infusion of elite talent to bring these areas of the team up to par with the match-winners in attack.

Whether Tuchel is the man to successfully engineer this necessary retuning is debatable. He still needs to prove he can at the top level in Europe, and his contract extension may be a sign of long-term planning from a club otherwise built to win now.

Very happy to see Thomas #Tuchel sign a new #PSG contract . Shows that they've possibly learned from pulling the reset button after every single time and want to build the club towards a particular philosophy in the long-term. I'm sure Mourinho and Max Allegri will be gutted.

Tuchel is well-placed to outlast predecessor Unai Emery, who was jettisoned last summer after winning four domestic cups and the league title during his two-year tenure.

Emery paid the price for not delivering in Europe, so PSG will hope Tuchel's progressive tactics can yield that elusive Champions League trophy in the next two years. 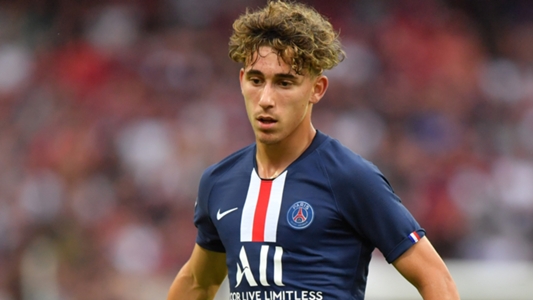