Liverpool defender Dejan Lovren said he is "angry" at those who doubt the Reds can overturn a 3-0 deficit against Barcelona in the UEFA Champions League and is "hungry" to prove them wrong on Tuesday.

The Merseyside outfit lost at the Camp Nou in the first leg of their semi-final last Wednesday, and they'll host the Catalan giants at Anfield with a place in the final on the line.

Speaking about those who believe the tie was settled in the first leg, Lovren told Press Association Sport (h/t Sky Sports):

"It makes me more angry. Angry and hungry to show them we are capable of doing something special at Anfield.

"We have big players, and big players should show in big games, and I think this is one of those games on Tuesday, so I expect one of the biggest games at Anfield.

"It doesn't look like it from the result at the moment, because they are 3-0 up, but football is unpredictable—especially in the Champions League at Anfield." 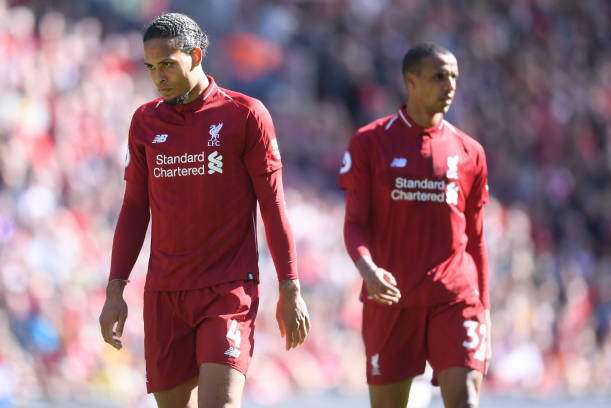 The Reds were sunk in the first leg by former Liverpool star Luis Suarez and two goals from Lionel Messi, the latter of which was an unstoppable free-kick (U.S. and UK only, respectively):

If Lionel Messi is on the other team, then it doesn't matter how well you play 👽 "This is the stuff I'll tell my grandkids about one day!" ⚠️ Warning: Contains unseen angles of a genius at work... #NoFilterUCL https://t.co/e0gaqXrok5

The scoreline was harsh on the visitors, though, who could have easily grabbed a goal or two on another night having created some good chances.

Hats off to Liverpool, what an amazing performance. You can only lose a game like that if against you there is a good team but specially a player that is well above the rest.

If the Reds are to pull off an impressive comeback, they'll have to do so without two of their biggest goal threats as Roberto Firmino and Mohamed Salah are both out, per football journalist Melissa Reddy:

Jürgen Klopp on Mohamed Salah and Roberto Firmino ahead of #LFC's second-leg challenge against #FCB: "Both are not available for tomorrow." On Salah: "It is concussion. He feels ok, but it is not good enough from a medical point of view. He can play at the weekend."

Liverpool will still have Sadio Mane, who has scored 24 goals in all competitions this season, but if Barca grab a single away goal the Reds will need to score five.

The Premier League outfit can take some encouragement from last year, in which Barca lost 3-0 to Roma in the second leg of the quarter-final to go out on away goals, having won the first leg 4-1 at the Camp Nou.

If they're to pull it off without Firmino and Salah, they'll need their replacements—likely to be two of Xherdan Shaqiri, Divock Origi and Daniel Sturridge—to be at the top of their game.