According to Roy Parry of the Orlando Sentinel, he said:

"Bringing Vooch back is a priority. That being said, Vooch is going to have a lot of teams who will make him a priority for them, too. We will meet with his representatives at the appropriate time. Hopefully we can get something done. It's the NBA, and I always say there's a lot of real estate between the intentions and what gets done."

Vucevic enjoyed a career year in 2018-19 and helped lead the Magic to the playoffs as the No. 7 seed in the Eastern Conference.

The 28-year-old averaged career highs this season with 20.8 points, 12.0 rebounds and 3.8 assists per game. He also helped end a streak of six consecutive seasons without a playoff berth for the Magic, although they fell 4-1 in their first-round series with the second-seeded Toronto Raptors.

Vucevic has spent the past seven seasons with the Magic after playing for the Philadelphia 76ers as a rookie. He was dealt to Orlando as part of a four-team trade that sent Dwight Howard from the Magic to the Los Angeles Lakers.

The Swiss-born star has been a highly productive player in Orlando, and he owns career averages of 15.7 points, 10.1 rebounds and 2.4 assists in 536 games. 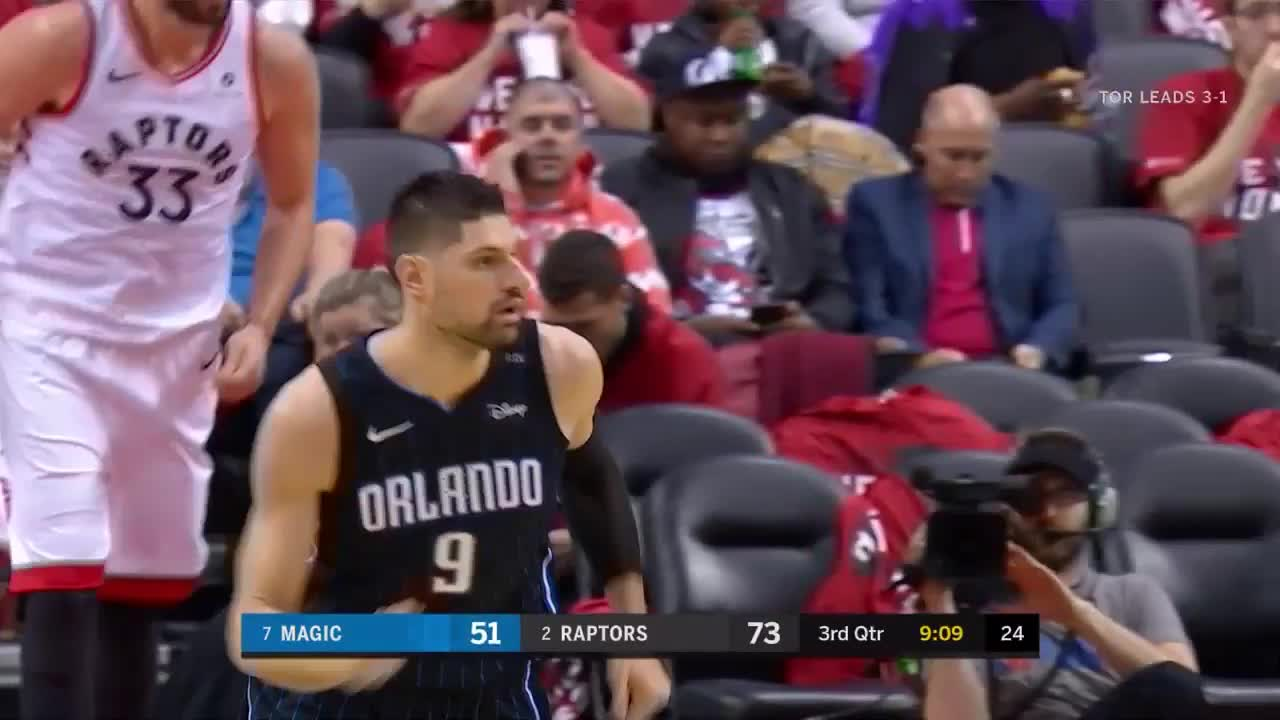 Vucevic suggested Thursday he would be open to re-signing with the Magic:

"Obviously I've had a great seven years here, but at the same time, we'll see what happens. It's a mutual decision, and it's not just me. They have to decide what they want to do. Based on that, we'll go from there. I wish I knew what would happen. I wish I had a contract in hand. It would be all over right now."

As arguably the top big on the open market, Vucevic should receive plenty of calls. That could include the Los Angeles Lakers, who are in desperate need of a star to complement LeBron James.

Vucevic is especially valuable because of his versatility. In addition to his ability to score and rebound in the paint, he can step out and knock down shots. He has averaged over one three-pointer made per game the past two years, and he shot 36.4 percent from three this past season. He also greatly improved defensively in 2018-19.

Orlando would be left with a void if Vucevic signed elsewhere, but it would represent a major opportunity for 2018 No. 6 overall pick Mohamed Bamba to step in and play big minutes.

Magic's Fultz, Redskins' Young Dish on 1-on-1 Games in HS

Magic's Fultz, Redskins' Young Dish on 1-on-1 Games in HS