Brazil manager Tite is backing Neymar to be in top condition when the 2019 Copa America kicks off in June after the Paris Saint-Germain forward made his return from a three-month injury layoff.

The 27-year-old played his first game since January on Sunday in PSG's 3-1 win over AS Monaco. Neymar suffered a similar foot injury before the 2018 FIFA World Cup and came back just a fortnight before the contest, but Tite told reporters a longer rehabilitation this time will yield better results:

"Now there is a big difference, there is more time before the start of the Copa America, and consequently that allows for a better recovery in order to reach a higher technical level, too. He could be in better condition at the Copa America than he was in the World Cup," he said.

PSG wrapped up back-to-back Ligue 1 title wins without their South American superstar for a large period of the season. Neymar nonetheless boasts a prolific return of 20 goals in 24 appearances for the club this campaign.

The former Barcelona forward was all smiles ahead of his victorious return at the Parc des Princes (h/t Get French Football News):

Dani Alves jokes with Neymar about his return from injury: “Are you nervous? Look it’s his debut.” Ney: “When I was 15, I was excited... now I have a belly!” https://t.co/FKcei4Lw6C

Tite added: "He has already come back and we are going to hope for his rapid return [to form]. It's a process of normal progress."

Neymar came on at half-time against Monaco, and although he failed to impact the scoreline directly, he showed glimmers of things to come by winning five of his six attempted dribbles, per WhoScored.com.

But it was Kylian Mbappe who took the spotlight once again. He grabbed three goals to take his Ligue 1 tally for the campaign up to 30, at least 11 goals more than any other player in the division, per journalist Andy Scott:

Neymar comes back on a night when Mbappe is making it quite clear who the main man at PSG is now. Absolutely electric performance and a hat-trick against his old side

Neymar has made 96 appearances for Brazil and scored 60 goals, the most recent of which was a 1-0 winner in a friendly against Uruguay in November.

He led his country to the 2013 Confederations Cup and won gold at the 2016 Rio de Janeiro Olympics. However, their performances in recent World Cup and Copa America tournaments have disappointed.

The Selecao failed to make it out of the group in the 2016 Copa America, while Neymar failed to meet expectations as Brazil were knocked out of last year's World Cup quarter-finals following a 2-1 defeat to Belgium.

@The_Garch I’m looking forward to seeing how he does in the Copa America, flanked by Neymar and Vinicius

Brazil have failed to win only seven of their 28 matches since the beginning of 2017 and have home advantage, but a fully fit Neymar will be critical to their Copa chances nonetheless. 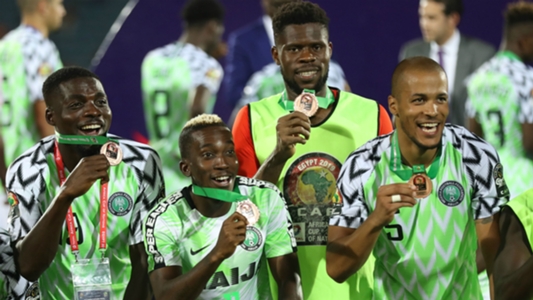 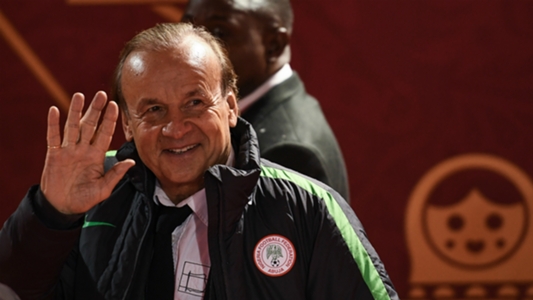 Russia resumes with fans in the stands

Russia resumes with fans in the stands