Barcelona forward Lionel Messi is reportedly poised to miss the team's La Liga matchup with Huesca on Saturday as a result of the "significant bruise" on his face he picked up against Manchester United on Wednesday.

The Blaugrana were 1-0 winners at Old Trafford in the first leg of the UEFA Champions League quarter-final, with Luke Shaw's own goal the difference between the two sides. Messi was unable to have his usual influence on the game and received some nasty blemishes on his nose and face following a challenge from Chris Smalling.

According to Sam Marsden and Moises Llorens of ESPN FC, after finishing the match with a bloodied face, the forward is unlikely to be involved when La Liga's bottom side visit the Camp Nou on Saturday.

After the game, Barcelona manager Ernesto Valverde provided more detail on the severity of the injury, per Ramiro Aldunate of Marca.

"Messi wasn't so comfortable after the blow," Valverde said. "We have to examine him tomorrow to see how he is. He was strong, but he has quite a significant bruise."

As we can see, Messi was left in a bad way following the collision with Smalling:

But of this coming next Tuesday I reckons #Messi https://t.co/zdx0sN06Vb

According to Marsden and Llorens, Barcelona are hoping there is no fracture on Messi's face, and with an 11-point lead at the summit of La Liga, they will not risk him ahead of the second leg of their quarter-final showdown with United.

Although Messi endured one of his poorest games of the season, he was still able to have an impact on the game. His pass to the back post in the first half found Luis Suarez, whose header diverted off Shaw into the United goal; after initially being ruled out for offside, the goal was given after a VAR review.

Following the early goal, Barcelona sapped the life out of the game and contained United. Per football writer Tom Williams, Messi didn't recover from Smalling's whack:

Fifteen years of Messi tormenting the world's elite centre-backs and then Chris Smalling accidentally figures out that you can throw him off his game with a good old-fashioned whack to the face.

Here are the highlights from a tense evening at Old Trafford in the Champions League (U.S. only):

Even without an injury, it would have been a surprise if Messi had taken to the field for Barcelona on Saturday. A number of other key players will also surely sit out, as the Blaugrana's focus will switch to the Champions League in the remaining weeks of the season.

For Messi, a weekend off will be rare, as the team depend so much on him. Given a chance to recharge his batteries and recover from his knocks, the United defence will likely face a different version of the Barcelona No. 10 on Tuesday. 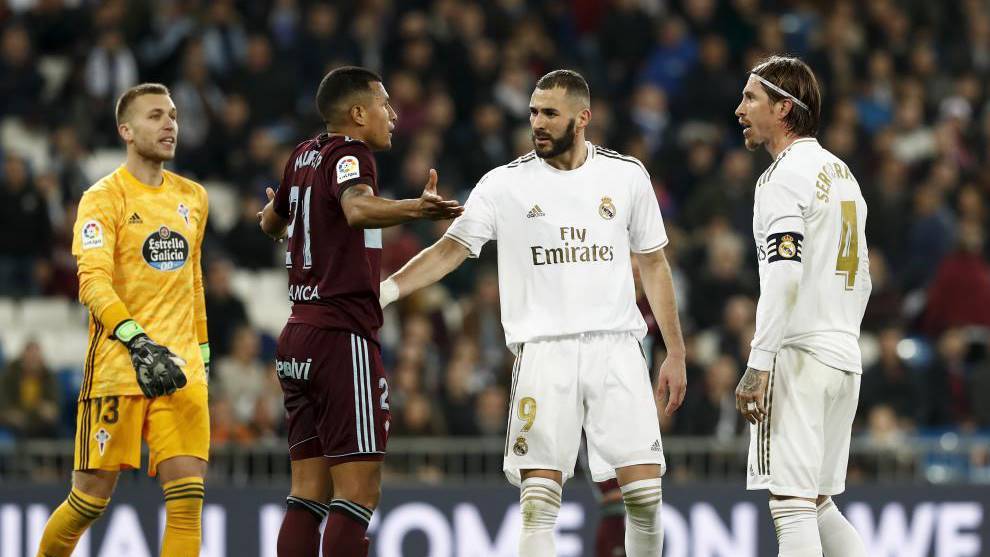