Roy Hodgson has called rumours linking Aaron Wan-Bissaka with Manchester United and Manchester City "speculation" and has denied Crystal Palace have received any offers for the precocious right-back.

Palace manager Hodgson spoke before 21-year-old Wan-Bissaka helped the Eagles beat Newcastle United 1-0 away from home in the Premier League on Saturday, per Goal's Chris Burton:

"I don't believe that an offer has been made and I think this is still speculation. I can't say that I am surprised [about reported interest], I think he is playing so well and he has an incredible future in front of him.

"But he has a four-year contract with us and when we asked him to sign that, we were asking him to be a Crystal Palace player during that time, and I've not seen anything in his performances, or heard anything that causes me to change my mind or have any doubts that he is going to be our player."

Hodgson's words will likely disappoint United after the Red Devils have been heavily linked with Wan-Bissaka. United are said to be watching the young defender ahead of a possible bid during this summer's transfer window, per Jack Staplehurst of the Daily Star.

Manchester neighbours City are also said to be considering Wan-Bissaka as a possible replacement for Kyle Walker, according to journalist Duncan Castles (h/t the Daily Star's Ollie Salt).

It's understandable Wan-Bissaka is attracting interest from the upper echelons of England's top flight. He's enjoying a breakout campaign, during which he's produced several outstanding performances, with the latest coming against the Magpies:

The resolute display at St James' Park is just one more from a player whose reputation is growing with every performance, even outside the Premier League:

🦅 Aaron Wan-Bissaka has won 94% of his tackles in the league this season, more than: 🇧🇷 Alex Sandro (81%) 🏴󠁧󠁢󠁳󠁣󠁴󠁿 Andy Robertson (73%) 🇵🇹 João Cancelo (73%) 🇩🇪 Joshua Kimmich (69%) It's good to see Kieran Tripper making the England squad ahead of him 👀 https://t.co/Pt8aQLIFwj

As for which club needs him more, United have obvious reasons for pursuing Wan-Bissaka. The most notable is that Antonio Valencia is out of contract this summer.

His father, Luis, recently revealed to Radio Area Deportiva (h/t MLSsoccer.com) how Valencia has an offer from Major League Soccer, as well as interest from West Ham United and Inter Milan.

Valencia has been on the fringes at Old Trafford this season, forcing converted left-winger Ashley Young to fill in at right-back most often. Young is 33 and is playing out of position, so signing a replacement seems inevitable.

Dalot has been asked to help in attack most often during his debut season with United.Molly Darlington - AMA/Getty Images

Dalot needs more experience of defensive duties if he's going to be United's long-term solution at the position. Wan-Bissaka would give the Red Devils a more proven full-back who has already established his defensive credentials.

As for City, England ace Walker has ample experience, but he figures to be usurped by Wan-Bissaka at both club and international level in the near future. For now, though, Walker and former Real Madrid man Danilo ensure City are well-enough stocked at right-back to avoid being dragged into a bidding war for a rising star.

It makes more sense for Hodgson to keep taking a hard line publicly in order to encourage United to offer as much as possible. 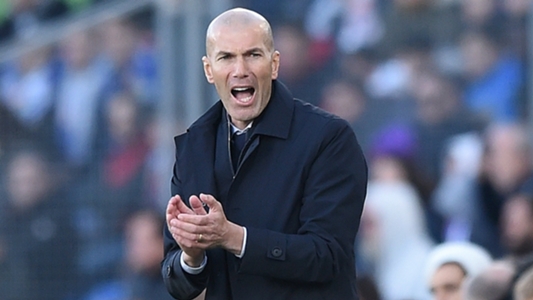