If not altogether impossible, it's increasingly difficult to imagine Chris Davis' $161 million contract with the Baltimore Orioles having a happy ending.

Davis certainly isn't having a happy beginning to the 2019 season. He's played in eight of the Orioles' first nine games, but has yet to produce even one hit. He's 0-for-23 with 13 strikeouts.

The low point (for now) came last Friday in Baltimore's Oriole Park at Camden Yards home opener against the New York Yankees. The Orioles' 8-4 loss featured an 0-for-3 with three strikeouts from Davis, which naturally brought out the boo birds.

Chris Davis strikes out for the third time today and the boos continue in Baltimore. Really tough scene. #Orioles https://t.co/hDE5l79E0I

"I wasn't expecting it, but at the same time I heard it a lot last year and rightfully so," Davis said, per MLB.com's Joe Trezza. "I said it before, I'll say it again: I understand the frustration. Nobody is more frustrated than me. Especially on a day like today."

The Orioles signed Davis to his nine-figure deal in January 2016, when he was fresh off leading Major League Baseball in home runs for the second time in three seasons. He went on to hit another 38 in the first year of his new deal, bringing his total since 2013 to an MLB-best 164.

To say it's all been downhill since then would be putting it charitably. More accurately and according to all available evidence, Davis has fallen into a bottomless pit.

That average was the worst by a batting title qualifier since 1909. His OPS was easily the worst among all of last season's qualifiers. The same goes for his minus-2.8 wins above replacement, according to Baseball Reference.

It's hard to go any lower than that, yet that's the direction Davis is headed at the outset of 2019. To boot, the true origins of this direction date back to last season. He's 0-for-44 dating back to Sept. 15, which puts him just two fruitless at-bats away from Eugenio Velez's all-time worst hitless streak.

If 2019 was the last season of Davis' deal, the Orioles probably would have already made the difficult decision to cut him loose and chalk up his remaining money as a sunk cost.

In reality, he is only in the fourth year of a seven-year deal. And including the $23 million he's owed this year, he still has $92 million headed his way.

There ought to be some hope that he can turn things around. Though 33 is old by baseball standards, it's not ancient. Plus, a guy who stands at 6'3", 230 pounds ought to have power built to last.

However, the power stroke that fueled Davis' rise to stardom and ultimately made him a wealthy man has diminished into mediocrity.

As recently as 2015, he was one of baseball's best at generating power through a combination of launch angle (17.3 degrees) and exit velocity (91.8 mph) on his batted balls:

To give credit where it's due, pitchers have had a hand in cutting Davis' power down to size.

He's traditionally preferred to do his slugging against fastballs in the lower two-thirds of the strike zone. Last season, pitchers adjusted by going to the playbook for Launch Angle Era sluggers and throwing 43.4 percent of all their fastballs against him in the upper third of the zone and beyond.

That was his highest such rate since 2012, and it's gone up even further to 60.3 percent early in 2019. He's been (literally) powerless to the tune of a .126 slugging percentage against these pitches.

Further, age may be doing a number on Davis' bat speed. This wasn't a problem for him as he was hitting so many effortless home runs in his heyday. But if a hitter's bat must be quickest on pulled balls, perhaps it's telling that the lefty slugger's pull rate descended from a peak of 56 percent in 2015 to just 41 percent three years later.

How Davis' swing looks in 2019 is difficult to address objectively, in part because he's put only 10 balls in play. The other part, however, is that he's not swinging much, period. His overall swing rate has plummeted all the way to 33 percent—17 percent lower than his 2013 All-Star season and 13 percent lower than the current league average.

For what it's worth, this is helping to resuscitate Davis' walk rate. And yet, it's shocking to see how seldom he's going after good pitches within the strike zone:

It's noteworthy that Davis isn't the only hitter with an in-zone swing rate in the 50 percent range in the early goings. Several others are right there with him, including a handful of good ones. So, perhaps this is nothing but early-season noise.

Yet the reality that this is the latest stop on a clear downward path raises suspicions. Perhaps Davis isn't seeing the ball as well as he gets older. Perhaps he's steadily losing confidence in his swing. Perhaps it's a combination of both.

In any case, it's yet another data point that points to Davis' slugging days being firmly in the past. He was a power-hitting machine, but not anymore.

The bright side, such as it is, is that Davis isn't weighing down an Orioles team that's otherwise loaded for a playoff run. The Orioles lost a franchise-record 115 games last season. As Neil Paine covered at FiveThirtyEight in March, they've come into 2019 with a historically bad collection of established talent. Davis is merely along for what figures to be a bumpy ride.

But unless Davis snaps out of his funk, the Orioles simply can't keep giving him at-bats for much longer. They'd be better off shifting his playing time to younger players like Rio Ruiz (24) or Renato Nunez (25) or prospects such as Austin Hays (23), Yusniel Diaz (22) or Ryan Mountcastle (22). Beyond that, it's arguably unfair to keep subjecting Davis to the boo birds just because he's being paid a lot of money.

Of course, Baltimore can't get out of paying Davis unless he voluntarily retires. He won't do that. Nor should he. It took a lot of years and hard work for him to get his money. He darn well should take every last cent that he's owed.

Nonetheless, the Orioles will have to move on and take a painful financial hit sooner or later. And at this rate, sooner would be better.

The Orioles Rotation Is Starting to Take Shape 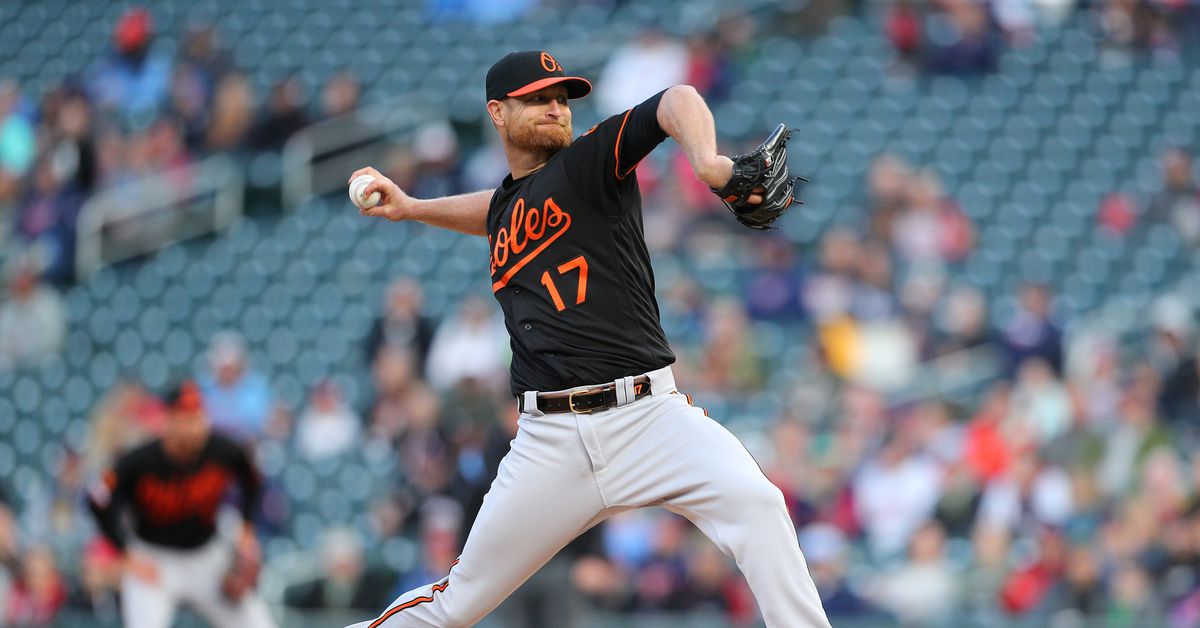 The Orioles Rotation Is Starting to Take Shape