The New York Knicks announced Friday that point guard Frank Ntilikina will miss the remainder of the 2018-19 NBA season because of a lingering groin injury.

Ntilikina sat out nearly two months of action before returning March 22. He made just two appearances before re-aggravating the injury against the Los Angeles Clippers on Sunday. The Knicks noted the team's medical staff recommended he sit out the final seven games following the setback. 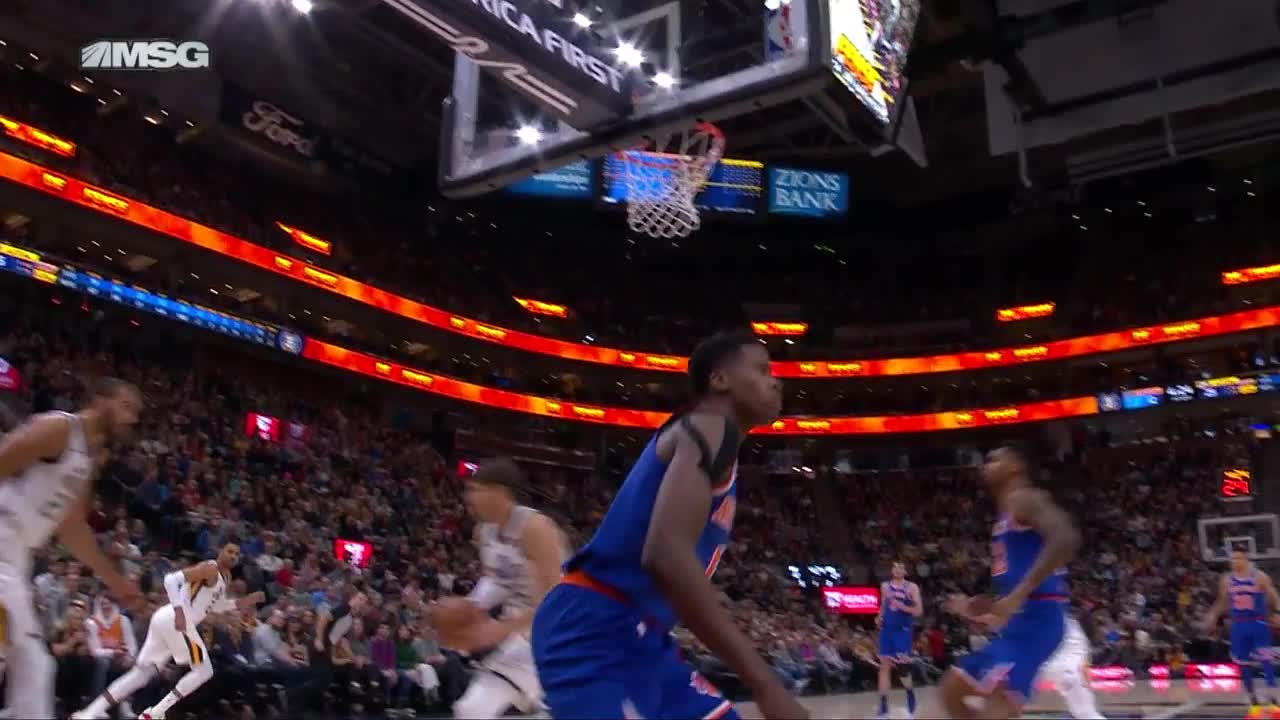 Ntilikina ranked 353rd out of 355 qualified players in Player Efficiency Rating and 499th of 508 qualifiers in ESPN's Real Plus-Minus.

On Thursday, Knicks head coach David Fizdale called the point guard "tireless" in his efforts to get better but noted his three-point shooting must become more consistent to earn a significant role in the future.

"It's been a tough year, man," Fizdale told reporters. "Obviously just alone with injuries, that part has been a roller coaster for him. He's had his ups and downs obviously with his performance. But I asked him to do a lot of different things this year, and he took them on all well. With Frank, it's going to be a measure of when we fill in these gaps. Frank is a winning player."

IF the Knicks best-case scenario/dream comes true this summer (hit the lottery, sign KD and Kyrie), they will need solid, defensive-minded role players who don't need the ball in their hands to be effective - on affordable contracts. Ntilikina fits that description perfectly.

New York knew Ntilikina was a developmental project when it selected him with the eighth overall pick in the 2017 draft. His minimal impact across two years stateside after two years with SIG Strasbourg in France is starting to become a serious concern, though.