The Minnesota Timberwolves tried to land a number of players in potential Jimmy Butler deals before they ultimately settled on an offer from the Philadelphia 76ers.

According to Adrian Wojnarowski of ESPN.com, the New Orleans Pelicans refused to include Jrue Holiday or multiple draft picks in their discussions with the Timberwolves. What's more, the Washington Wizards weren't willing to trade Bradley Beal.

Wojnarowski also mentioned trade talks with the Miami Heat from "weeks ago" in which Minnesota turned down Josh Richardson.

Shams Charania of The Athletic and Stadium reported the Timberwolves eventually traded Butler and Justin Patton to Philadelphia in exchange for Robert Covington, Dario Saric, Jerryd Bayless and a 2022 second-round pick.

It went on to describe a situation in which Thibodeau—who also coached Butler when he was a member of the Chicago Bulls—convinced Taylor to trade for the swingman in the first place and wait out his trade requests. It was also Thibodeau who told Taylor to pass on a deal with the Heat with the thought there would be a better offer down the line.

Minnesota acquired Butler from the Bulls via trade prior to the 2017-18 season in a deal that sent Kris Dunn, Zach LaVine and the No. 7 pick of the 2017 draft (which became Lauri Markkanen) to the Windy City. 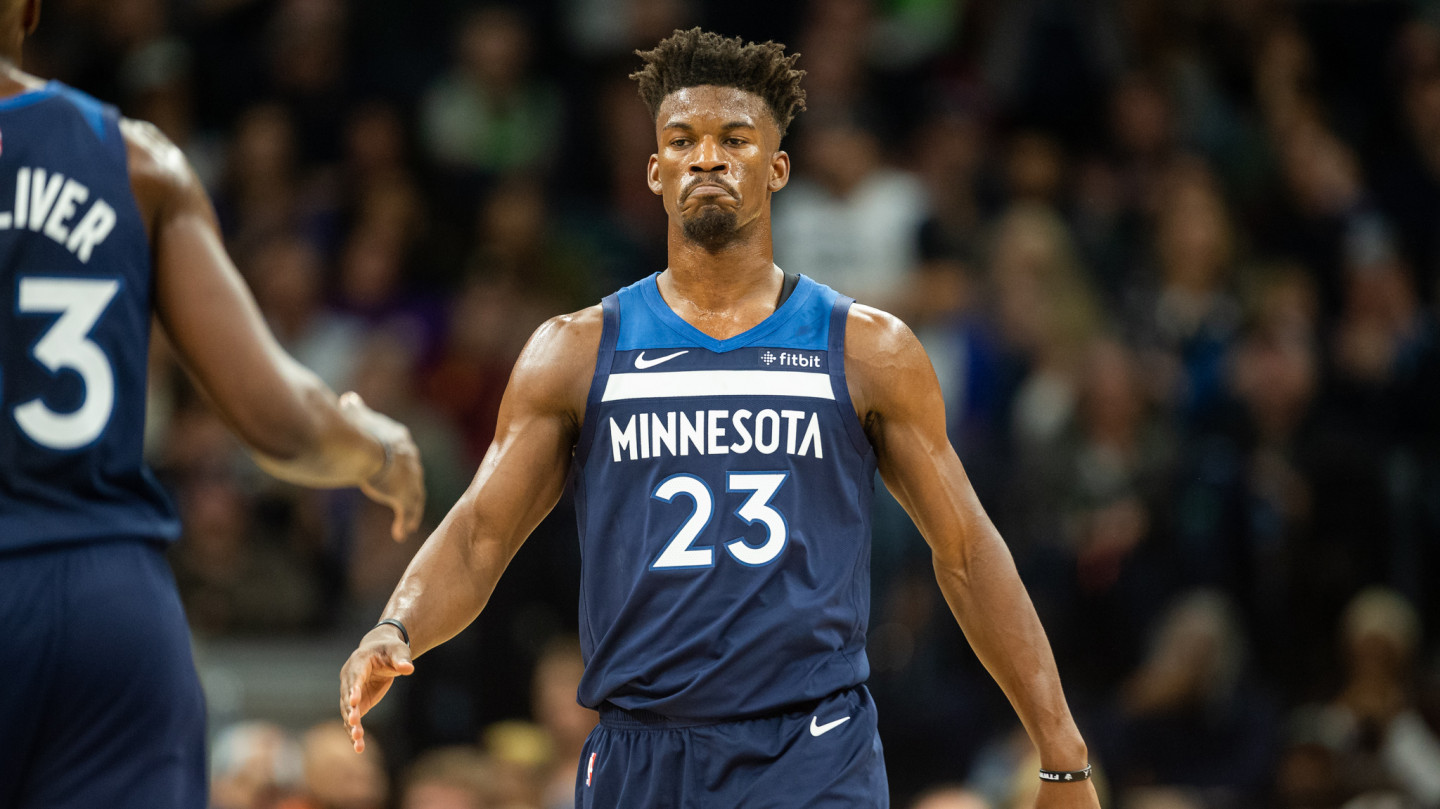 The trade to Philadelphia ended weeks of drama that included Butler's trade demands and a practice Wojnarowski reported on during which the Marquette product targeted teammates Karl-Anthony Towns and Andrew Wiggins and told Layden, "You f--king need me, Scott. You can't win without me."

Minnesota's loss is Philadelphia's gain, as Butler joins Joel Embiid and Ben Simmons on a team with enough talent to challenge for an Eastern Conference crown in a field that no longer features LeBron James.

Butler is a four-time All-Star and four-time All-Defensive selection who can take some of the pressure off Simmons by defending the opposing team's best ball-handlers and wing scorers. He can also hit the three on the other side when defenses collapse on Simmons' penetration and Embiid on the blocks.