A fan seated on the third baseline at Fenway Park was hit in the head by a bat that cleared the stadium's protective netting on Wednesday night.

According to the Associated Press (via the Boston Globe), the fan, who was seated approximately 15 rows up on the baseline, was struck in the forehead by the bat of Toronto Blue Jays second baseman Devon Travis.

Members of Fenway Park security reportedly rushed to get the man towels and a stretcher.

He later stood up and received a round of applause from those in attendance before he sat down on a stretcher and was transported to Beth Israel Deaconess Medical Center to be evaluated.

With Brock Holt Gone, Who Will J.D. Martinez Hug? ‘Whoever’s There' 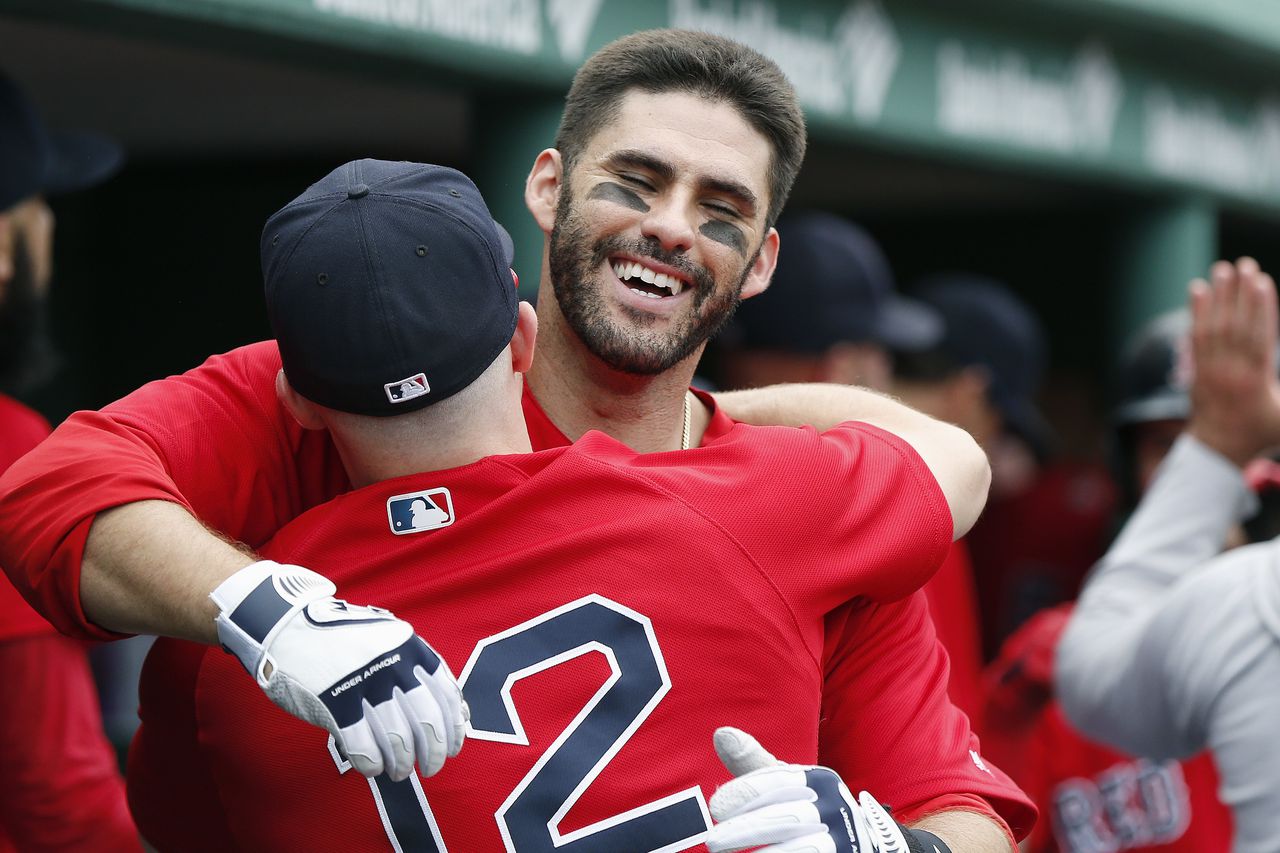 With Brock Holt Gone, Who Will J.D. Martinez Hug? ‘Whoever’s There'