The Cleveland Cavaliers apparently saw enough out of Rodney Hood following a midseason trade as they have come to terms with the guard on a new contract.

The Cavaliers confirmed the deal Monday after Shams Charania of The Athletic first reported the agreement on a one-year, $3.4 million qualifying offer Sunday. Cleveland extended the offer late June, making him a restricted free agent and giving the team the ability to match any offer.

Joe Vardon of Cleveland.com reported in late July that the Cavs were likely to match any offer sheet, as they viewed the 25-year-old as a part of their future.

Cleveland acquired Hood during its midseason roster overhaul. While he earned a handful of starts early on, he settled into a bench role with his new squad.

The 6'8", 206-pound guard went from averaging 16.8 points per game to 10.8 points in a reduced role with the Cavaliers. Despite the slight drop in overall numbers, he shot 44.2 percent (his previous career high for a season was 42 percent) from the field in 21 games following the trade.

Although he shot fairly well overall from the floor during the regular season as a Cavalier, he shot just 35.2 percent from three-point range after shooting 38.9 percent in Utah. That decline likely played a factor in him seeing a reduced role in the playoffs.

He averaged 5.4 points on 42.4 percent shooting and 1.8 rebounds in 15.3 minutes during the postseason. While he had trouble seeing the floor during the middle rounds, he was given a chance to show what he can do over the last two games of the Finals. He averaged 12.5 points over those two games, dropping 15 points on 7-of-11 shooting in Game 3. 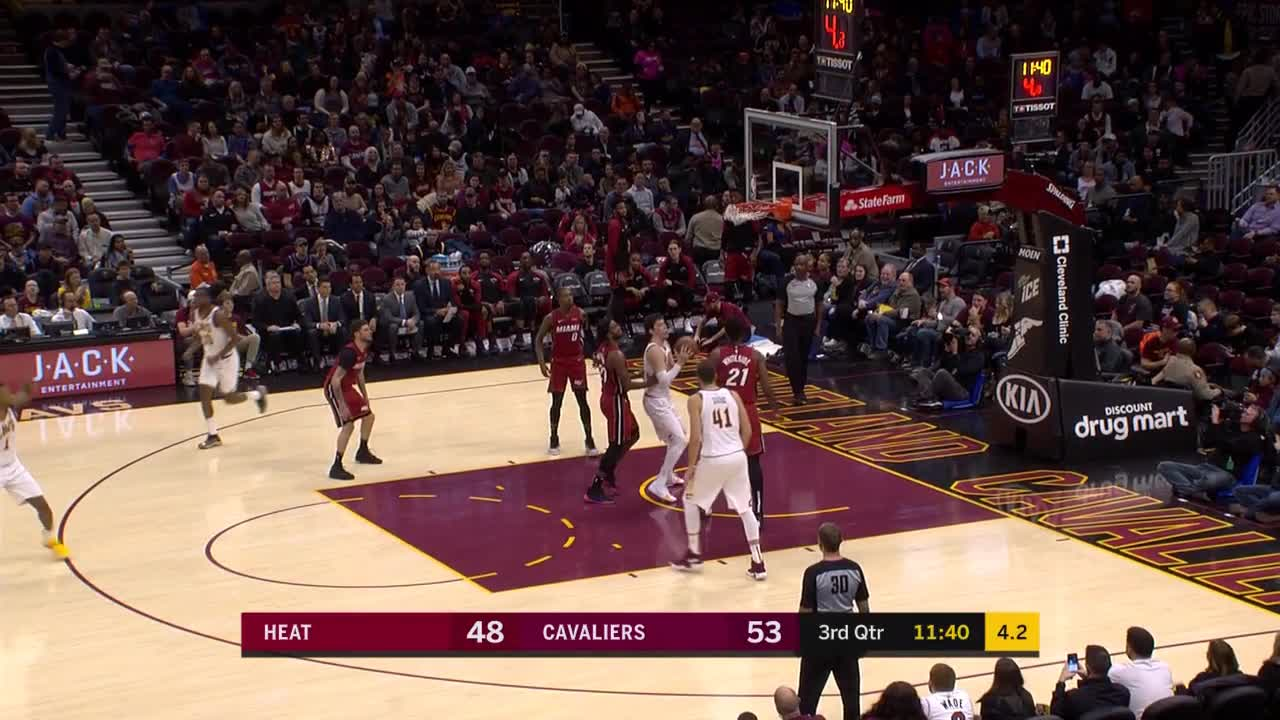 Cavaliers coach Tyronn Lue noted early on that fitting the fourth-year player into the system was a work in progress, per Cleveland.com's Chris Fedor: "Yeah, we definitely have to get him more touches. ... Also at times when (Hood) has the ball, he has to be aggressive. I think right now he's in between, not sure. But we need him to be aggressive and score the basketball."

The trade may not have gone quite as well as the team had hoped, but Hood was thrown into a title chase and expected to perform at a high level right away. That's a tough ask for someone who had never been in that situation.

When asked during an interview with LeBron Wire's Quenton S. Albertie in June if he'd re-sign with Cleveland, Hood was open to the idea but noted he will "do what's best for [his] career."

Hood will now have a full offseason work on fitting into Lue's system. Keeping Hood will also give the Cavaliers the opportunity to see how he fits into the team's scheme in a post-LeBron James world, as the superstar is now with the Los Angeles Lakers.

Hood should have the opportunity to earn himself a bigger role in Cleveland with the King in the City of Angels.

Which team's power duo has been the best this season?