New England Patriots wide receiver Michael Floyd was arrested on DUI charges on Dec. 12 and released shortly afterward while still a member of the Arizona Cardinals.

TMZ Sports released video of Floyd's arrest Tuesday that showed the wide receiver stopped at a green traffic light and "passed out behind the wheel of his SUV while in traffic."

According to TMZ, the footage was shot shortly before 3 a.m., and Floyd appeared disoriented when police knocked on the window to wake him up.

John Gambadoro of Arizona Sports 98.7 FM reported Floyd had a .217 blood-alcohol content at the time of his arrest. Adam Schefter of ESPN later noted that if Floyd is convicted of "super extreme DUI," he will have to serve at least 45 days in jail.

"It's a choice," Floyd said Thursday when asked why he would drive in the state he was in, per Michael Giardi of CSN New England. "All I can do is learn from that."

"I think in life, everyone makes mistakes," Floyd continued, per Ben Volin of the Boston Globe. "I couldn't be in a better position right now with this team."

"We were aware of his situation when we claimed him," Patriots head coach Bill Belichick said Wednesday, per Mark Daniels of the Providence Journal.

"We were aware of the situation before we claimed him. He's in an ongoing legal situation. I'm not going to comment on it," Belichick reiterated when asked if he had seen the video before the Patriots brought him into the organization.

On Thursday, NESN's Doug Kyed noted, "Belichick said he wasn't aware of [Floyd's] .21 BAC level until it was released."

Arizona Sports 98.7 FM first reported on the arrest, noting that police officers conducted a roadside DUI test and said Floyd slurred his speech. Floyd was ultimately charged with two DUI counts and a count of obstructing a roadway and failure to obey a police officer.

Floyd was also suspended from Notre Dame's football team in 2011 after he was arrested for driving over the legal alcohol limit.

According to USA Today, the Patriots claimed Floyd off waivers a day after Arizona released him. However, he was listed as inactive for New England's 16-3 victory over the Denver Broncos on Sunday. 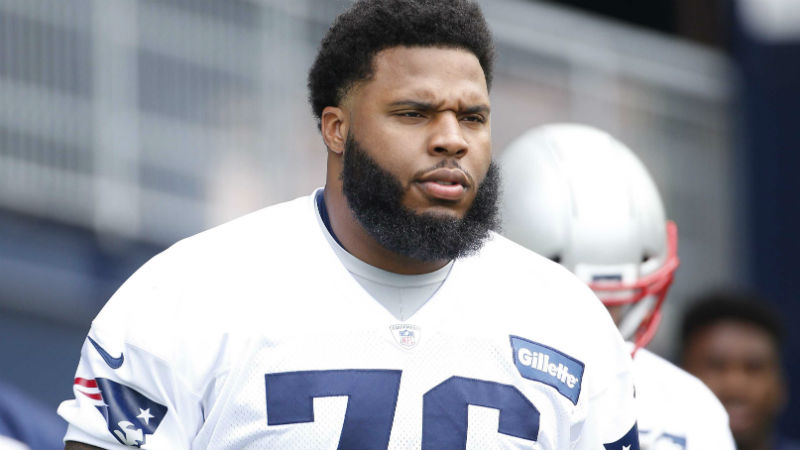