After both playing for Dortmund, Robert Lewandowski (left) and Mats Hummels have been reunited at Bayern.Matthias Schrader/Associated Press

When Bayern Munich line up at Borussia Dortmund's Signal Iduna Park for Saturday's Klassiker in the Bundesliga, the camera will linger for just a little longer on two of the visitors' starting XI as it pans down the red tracksuit-clad superstars in the players' tunnel.

Mats Hummels, once of Bayern, then of Dortmund, and now back in Munich, and Robert Lewandowski, who arrived in the Ruhr all but unknown outside his native Poland just six years ago, have more than a special affinity to the club they will attempt to defeat on Saturday evening.

When Hummels announced he would be joining Bayern midway through last season, he explained his decision in a tweet that stated he wanted to return to his "hometown, in which my family and my friends live" (in German). That's because Hummels, though born in Bergisch-Gladbach in north-west Germany, just an hour's drive south of Dortmund, grew up in Munich.

It is all the fault of his father, Hermann, who took up a job as a youth coach at Bayern in 1995 after a six-month spell as coach of Mainz, then in the second division. One of Hummels Sr.'s players was Jurgen Klopp, who would babysit young Mats, per Allegemeine Zeitung (h/t Goal's Chris Davie).

The move to Munich not only meant Mats was no longer babysat by the man who would eventually end up coaching him at Dortmund, but also that he needed to get used to being coached by the man whose job it was to babysit him on a lifelong basis.

"When your father is at the same club, it can happen that people look closely at whether or not a player is really so good or is just getting preferential treatment," Hummels told Merkur (in German) of being at Bayern at the same time as his father. "I hope that wasn't the case."

It would seem not. After scoring in a handful of pre-season friendlies ahead of the 2007/08 season, Hummels Jr. was part of the first-team squad, but not part of coach Ottmar Hitzfeld's plans. With Lucio, Daniel van Buyten, Martin Demichelis and even Breno ahead of him, Hummels merely made up the numbers in training. Not that he minded.

"No, I had come from the youth team, and could have still played for them. To have demanded something would have been inappropriate," he told Merkur. "There was no question of me becoming a first-team regular."

Cue Dortmund stepping in, taking the then-19-year-old Hummels on loan until the end of the season with an option to buy him. With former Bayern man Robert Kovac and Christian Worns edging towards the end of their careers and with Dortmund hardly flush with cash, the youngster seemed worth a gamble.

That gamble was somewhat less of a leap of faith in the case of Lewandowski when he joined Dortmund from Lech Poznan for €4.5 million in 2010. He had just finished top scorer in his native Poland, hitting an Ekstraklasa-high 18 goals, and so he clearly had the potential to be a success, if not the pedigree.

Yet his route to Dortmund was more circuitous and more full of potential detours than Hummels'. Rejected by Legia Warsaw, Lewandowski might have been sunning it up in Spain if Sporting Gijon had taken the opportunity to sign him when he was set to leave Polish third-tier side Znicz Pruszkow.

Lewandowski's agent, Cezary Kucharski, played for Gijon in 1997/98 and used his contacts at the Spanish club, freshly promoted to La Liga, to offer them the promising forward, who had top-scored for Znicz that season. Gijon declined, no doubt politely, as they had set their sights on Tati Maldonado.

That was not the end of it, either. Lewandowski could have emulated fellow Bundesliga goal-getter Anthony Modeste by playing for Blackburn Rovers but for an improbable—and virtually unpronounceable—twist of fate.

The Icelandic volcano Eyjafjallajokull erupted in 2010 and caused flights across Europe to be cancelled. "He got the invitation [from Blackburn], but due to the cancellation of the flights, he could not go, and it makes no sense to drive," Kucharski told ESPN FC at the time.

Rovers fans, that's how close you came to finding a genuine successor to Alan Shearer. You're forgiven for wondering, "What if?"

"We think Lewandowski would be served by moving to Borussia," Dortmund chairman Hans-Joachim Watzke said. "But we have no chance if his club think about only getting the highest fee."

Fortunately for BVB, they didn't.

While Hummels was immediately thrown into the fray, playing all but one of the remaining 14 games of the 2007/08 season, including being taken off at half-time of a 5-0 loss to Bayern, Lewandowski was very much a back-up option for Klopp.

A rare occasion on which Lewandowski (bottom) was ahead of Barrios in his early BVB days.Frank Augstein/Associated Press

He was frustrated with being played in a deeper role behind Lucas Barrios, he told the Daily Mail's Rob Draper:

The following season I thought about why I was in that position, then I realised my game had improved. I learned a lot and, when I played up top again, I realised playing as a No. 10 had made me a better player.

While Bayern have no doubt reaped the benefits of that 2010/11 season, Dortmund were to enjoy the fruits of Lewandowski's predatory instincts as soon as Barrios was injured in the following campaign. And with Shinji Kagawa, Nuri Sahin and Mario Gotze behind him, Lewandowski's creative talents were on full display.

Hummels and Lewandowski picked up two Bundesliga titles in their time in a yellow-and-black shirt, winning the double with a stunning 5-2 defeat of Bayern in the DFB Pokal final in 2011/12, thanks in no small part to a "Lewy" hat-trick.

Inevitably, however, both came to outgrow Signal Iduna Park.

Lewandowski's departure looked like it might be as messy as that of Gotze when the former demanded a move in 2013. Despite facing the prospect of losing him for nothing when his contract expired the following summer, Dortmund stood firm. One star's departure for Bayern per summer was enough.

"I can't deny that I feel betrayed," an infuriated Lewandowski told Polish newspaper Fakt, (h/t Tagesspiegel, in German). "The people at the club say one thing to my face and then it works out as something other than what we had agreed."

Twelve months on, the anger had subsided as he got his wish with the blessing of Klopp, 12 months away from his own BVB exit.

"Jurgen understood my position," said Lewandowski, per Daily Mail's Draper. "He was always honest with the coaches, the players and the whole team and he understood why I wanted to leave and I told him exactly why I'd made that decision. There were no problems and it was the right time for me to move to Bayern."

Hummels (left) and Klopp had a close relationship.Markus Schreiber/Associated Press

There was also Klopp support for his former player when Hummels announced he would also be swelling the ranks of Dortmund's biggest rival.

"I find it totally right what Mats Hummels has done, even though it feels completely strange," the Liverpool manager told Die Welt (in German). "He was at Dortmund for more than eight years. What more can one ask of a player? To say, 'OK, I could like to do something different,' I can totally understand that."

The same cannot be said for BVB fans, no doubt, who—despite getting an estimated intra-Bundesliga record €35 million for a player with 12 months left on his contract—feel betrayed. As Klopp himself said, "That he goes to Bayern many, of course, find that not so cool," per Die Welt.

It means that while Lewandowski will be feted, the reception he is likely to receive on Saturday will be, for want of a much stronger adjective, mixed from Dortmund's "exceptional fans," as Hummels himself described them in his farewell tweet (in German).

Hummels' problem is that he—unlike the players brought in from abroad like Lewandowski, Henrikh Mkhitaryan and most likely Pierre-Emerick Aubameyang at some stage in the near future—was identified as one of Dortmund's own.

"I have a very strong personal friendship with him and if I am honest, I have a few tears in my eyes when I think that he is no longer with us," German football league (DFL) and Dortmund president Reinhard Rauball told kicker, per Sport1.de (in German).

"We miss Mats hugely in three areas: as a stabiliser in the defence, in the game design and also at set pieces," Rauball once told Bild when the player missed a DFL Pokal match in the 2012/13 season due to illness (h/t Goal's Henry Jackson).

While Rauball wipes away a tear, his former team-mates tease him and the rest of the Signal Iduna Park hates his guts, Hummels will, at least, have the travelling Bayern contingent behind him, plus one.

"Blood is thicker than water," Hermann Hummels had told WA.de (in German) ahead of the DFB Pokal final in 2012. "My son remains my son." This time round, Hummels Sr. does not have to make a choice. 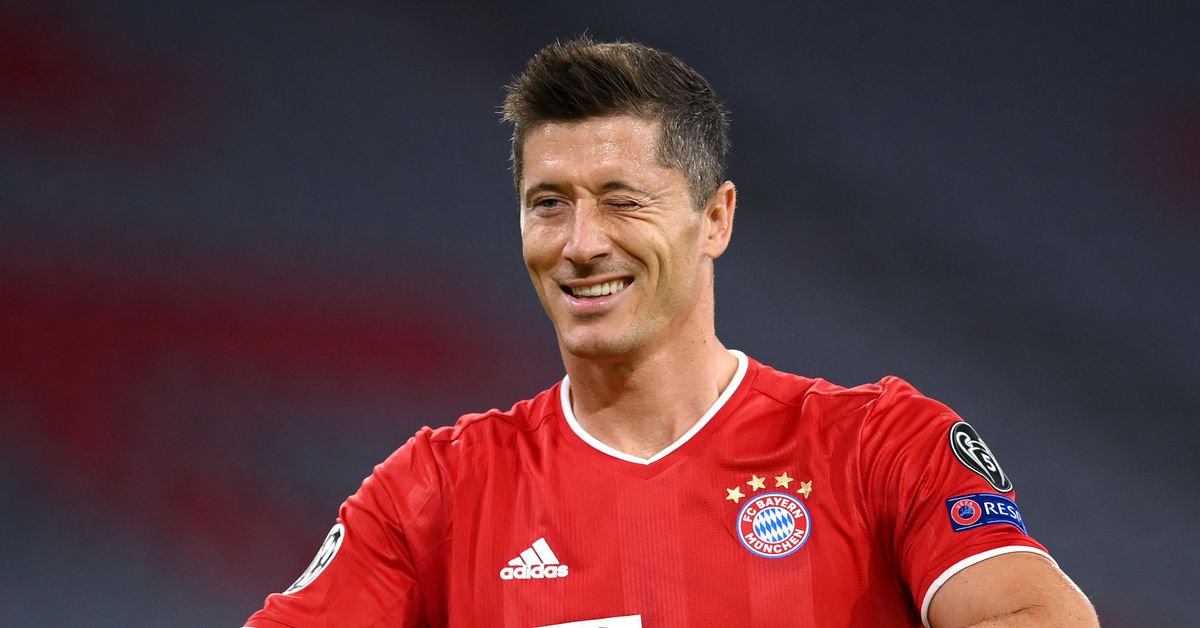