When he swooped into the picture and smacked Andre Iguodala's layup off the glass four months ago, LeBron James produced the pivotal play of the 2016 NBA Finals and undoubtedly one of the signature moments of his remarkable career.

With a single gesture—and immaculate timing—James swung the momentum of the contest in his team's favor. Not long after, he celebrated a championship victory that rang across the state of Ohio.

With his thoughtful, personal endorsement two weeks ago of Democratic presidential nominee Hillary Clinton, published in his hometown Akron Beacon Journal, James became the rare superstar athlete at the peak of his career to so publicly pick sides in a national election.

Given his history of involvement in social causes and the nature of an election in which the stakes are increasingly high and the middle ground largely nonexistent, that endorsement hardly came as a shock. Still, there's no doubt it was noteworthy, especially for someone so closely identified with a swing state like Ohio.

The question is whether it will matter.

Goodman says that particularly given James' appeal among young and African-American voters—two demographics that generally vote at lower rates than the population as a whole—a strong endorsement has a real chance to mobilize voters who might not otherwise show up on Election Day.

"For LeBron's fanbase, especially since they skew young," says Mark Major, a political scientist at Penn State, "that's where a celebrity endorsement can have the biggest impact—not by changing minds, but in enthusiasm."

And that, says North Carolina State University political scientist Michael Cobb, is where LeBron's late endorsement might be a boon for Clinton after all.

"Athletes aren't necessarily persuasion vehicles, but where they can affect things is mobilization and fundraising," Cobb says.

Though James' endorsement was published independently of the Clinton campaign, Cobb says it's a safe bet there was advance communication between the player's camp and the campaign about timing and message.

With the start of the NBA season just around the corner, James might not have an opportunity to actively campaign for Clinton, but Cobb says even an endorsement is "great at mobilizing interest and getting people to vote on the margins."

In a swing state like Ohio, that could matter.

Of course, James isn't the only prominent figure from the sports world to offer an opinion on this year's race for the White House.

Unsurprising given the league's racial makeup and relative willingness to embrace social issues, current and former NBA players have led the way: James has been joined by fellow stars and close friends Carmelo Anthony and Chris Paul in endorsing Clinton, a move echoed by hoop luminaries from Kareem Abdul-Jabbar and Chamique Holdsclaw to NBA Commissioner Adam Silver.

Major says that shouldn't surprise anyone: "In the athletic endorsements between Clinton and Trump, what we really find is the American electorate at large. For Clinton, it's a diverse group, and it tends to skew younger. With Trump, I think Hulk Hogan's really the symbol for this: older, and very white."

Besides James, perhaps the most prominent current athletes to publicly back a candidate are a pair of two-time MVPs in their respective sports. Aside from that common thread, Golden State Warriors point guard Stephen Curry and New England Patriots quarterback Tom Brady couldn't be more different.

Asked last month during a session at the TechCrunch conference who he planned to support, Curry offered a one-word answer: "Hillary." Brady, meanwhile, hasn't officially endorsed Trump, but he has called the Republican candidate "a good friend" and last year displayed a "Make America Great Again" hat in his locker.

For a variety of reasons, though, regardless of their lukewarm endorsements, experts say neither Curry nor Brady could match James for significance.

For starters, both Curry and Brady are best known and loved by fans in states that aren't in play. (On any electoral map, both California and Massachusetts are considered safe bets to stay blue.) In Curry's case, Northern California in particular has long been one of the country's more liberal areas, and this year even its ruling class overwhelmingly backs the Democratic candidate.

"With Curry, it's interesting because he's very much connected to the Silicon Valley community," Goodman says. "One of the under-told stories this year is that Silicon Valley traditionally splits its money between both candidates, but this year it's really all gone to Hillary."

Given all of that, Goodman says, it's fitting that Curry—who announced his Clinton support at a tech conference, and whose team is owned by a prominent venture capitalist—handled his endorsement the way he did: as a matter of fact, barely worth elaborating on.

Ben Tulchin, a pollster for the Bernie Sanders campaign and president of Tulchin Research, is an avid Warriors fan whose firm is based in San Francisco. He says, despite their comparable success in recent years, endorsement weight is one area where Curry and James can't be compared.

"Curry's much newer to being at this level, having this high of a profile," Tulchin says. "LeBron's more the seasoned veteran. I'm not a LeBron fan personally, because I've been rooting for the Warriors, but I've been impressed with how he's done this. He's got a more global perspective."

That perspective is consistent with LeBron's brand, where, outside of soccer, he's arguably the most recognizable athlete in the world today. Whether it's his massive shoe and apparel contract with Nike or an array of investment interests ranging from entertainment to fast food, there's a massive amount of money riding on that brand.

That's where the downside comes in.

For starters, no single endorsement—and certainly not that of a professional athlete—is going to alter the outcome of a presidential election.

That's especially true now, less than a month out from Election Day, when the overwhelming majority of likely voters have already made up their minds. For any public figure hoping to use their fame to sway opinions, experts say, the key is coming out early.

"I don't think it's going to make much of an impact now, but where I think he could have been really effective is if he'd made an endorsement during the primary," says Major. "With a primary, you've got two or three candidates from the same party, and it's much harder for voters to make that shortcut to a candidate based on party loyalty."

Another reason an endorsement's significance is minimized this year? The candidates are at least as famous as anyone who might endorse them.

"It's not a typical presidential campaign, because Trump and Hillary are so well-known," says Tulchin. "Typically, endorsements bring attention to and raise awareness of the candidate, and they can sway undecided voters. In this kind of election, that doesn't really apply."

With the voting public universally familiar with both candidates before the race ever started, and with the primaries long decided, the impact of a late endorsement from James or anyone else is greatly diminished. So why bother?

"There's no doubt he's doing some damage to his brand," Cobb says. "He's already ventured out on certain issues—on 'I Can't Breathe,' on Black Lives Matter. He's decided to do this whether it's financially prudent or not."

Adds Tulchin: "If you're running a sports empire, politics is a risky business to get into. He had to be very committed to do it."

It's impossible to address the topic of the world's best basketball player's venture into politics without eventually mentioning Michael Jordan—and indeed, each of the experts we contacted for this story brought up the (possibly apocryphal) story of how Jordan famously refused to endorse black Democratic candidate Harvey Gantt in his 1990 U.S. Senate race against segregationist Republican Jesse Helms because "Republicans buy sneakers too."

Cobb, the NC State professor, co-authored a 2010 study that found celebrity endorsements are not only largely ineffective, but sometimes they hurt candidates they're meant to help. He says his more recent research shows that if Jordan really did say that, his instinct was probably accurate.

Celebrities, he says, are perhaps "more likely to suffer a backlash by wading into politics than actually helping."

Whether he helps or hurts Clinton's chances in the Buckeye State or beyond, James' brand and bottom line are certainly healthy enough that he can absorb the hits.

A Public Policy Poll of Ohio voters taken in the days after he published his endorsement showed James with a statewide favorability rating of 60 percent, with only 18 percent of Ohioans who viewed him unfavorably and the other 22 percent somehow unsure. (Hockey fans, apparently.)

Not surprisingly, politics weighed heavily in those responses: Seventy-seven percent of Clinton supporters viewed him favorably compared to only 45 percent of Trump voters. Either way, he's still got plenty of fans—not to mention potential customers.

All of which points to why James' endorsement, perhaps alone among American athletes in 2016, does have the potential to matter. He's massively famous with a huge social media following and a presence that increasingly reaches beyond his sport. He's admired by millions and respected by millions more who might not actually call themselves fans.

"LeBron is in a class, if not quite to himself, then a very, very elite crowd of athletes," Tulchin says. "He's much bigger than just a basketball star."

Cobb compares his endorsement to that of Oprah Winfrey's support of Barack Obama over Clinton in the 2008 Democratic primary.

"LeBron is a special case," Cobb says. "As a researcher, I don't like outliers because they make things messy. But LeBron is an outlier."

Goodman says James is in the same rarefied air as celebrities like George Clooney, who are not only wildly famous, but widely respected for backing up their political leanings with action—in Clooney's case, his continued advocacy for peace in war-torn Sudan.

James' endorsement letter was replete with references to the challenges of his childhood and how the work of his LeBron James Family Foundation (which, among other things, has committed millions of dollars to sending Akron school kids to college) runs parallel to Clinton's record on child welfare and education.

Tulchin says it's about "authenticity" and that when it comes to endorsements, voters notice.

Based on recent revelations about Trump and the latest polls that reflect his campaign's struggles, there's an increasingly growing chance that Clinton can win Ohio—and with it the nation, quite possibly in an electoral landslide—without much help from LeBron.

It's not hard to imagine a more traditional race that would've left the state a true toss-up, and until the polls close on Nov. 8, it's too soon to rule out some other unforeseen twist.

What's clear is that James stepped into the debate having weighed both the risks and rewards of an endorsement, and he made his choice clear.

Assuming Clinton holds on, he'll soon be celebrating his second historic victory this year, even if his only contribution was a single assist in a blowout win.

All quotes obtained firsthand unless otherwise noted. Ryan Jones is a writer living in Pennsylvania. He's the former editor-in-chief of Slam magazine and has written about sports and culture for XXL, Spin, Vibe and Esquire.com. He wrote the first published biography of LeBron James. Reach him on Twitter @thefarmerjones. 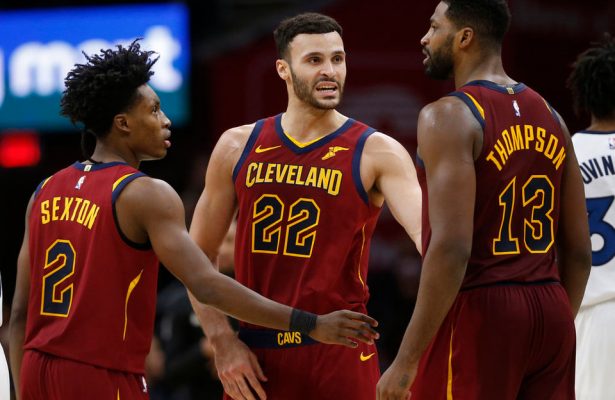 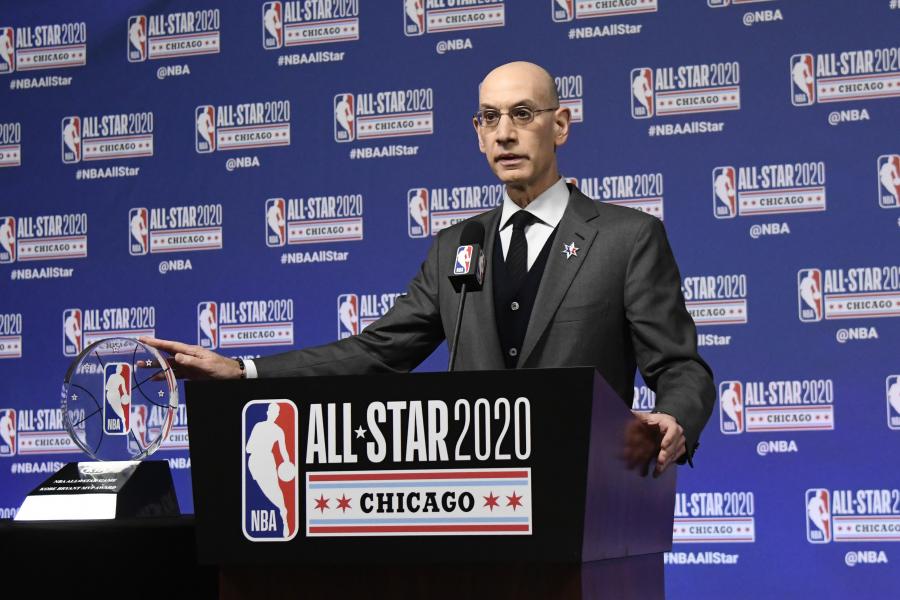