On Thursday night, the Indianapolis Colts won a skirmish for first place in the AFC South, a 27-20 victory over the host Houston Texans that left Colts quarterback Matt Hasselbeck in tears after the game.

Frankly, it was a performance that should leave Indianapolis fans in tears. Because while the team has been winning the battle during its three-game victory streak over its division brethren, it's losing the war.

The Colts have been exposed, folks. The emperor has no clothes. A team labeled a Super Bowl contender by many entering 2015 is little more than the best squad in the NFL's worst division.

Mind you, this isn't to say nothing good happened for Indy in the game. After all, it was a win. As Andrew Siciliano of the NFL Network pointed out, it was a historic one at that:

What a performance by Matt Hasselbeck. Colts have now won 16 straight games in the mediocre AFC South, a post-merger record.

The problem is, it says a lot more about how bad the AFC South is than how good the Colts are. Every bit of good news that came from the game is tempered by bad.

The good news? The 40-year-old Hasselbeck, making a second straight start in place of an injured Andrew Luck (shoulder), gutted out a solid if unspectacular night under center despite being under the weather.

Matt Hasselbeck has saved this season. Two starts, two wins. Sick as a dog and he comes through. Amazing performance,

Hasselbeck freely admitted he wasn't sure he was going to make it through the game, per CBS' Tracy Wolfson (via Gregg Rosenthal of NFL.com): "I didn't know if I could make it through...for some unknown reason, I was able to finish. I can't explain it. It was amazing. I've got nothing left, probably. I don't know. It's been an emotional day."

The differences don't end there:

The bad news? Those numbers are hardly earth-shattering, and they came five games into a season in which Johnson, 34, and Gore, 32, have generally looked their age:

The good news? The Indianapolis defense made a play when it needed to, with veteran strong safety Mike Adams intercepting his second pass of the game to seal the deal late.

The bad news? That was the only significant play the Colts defense made all night.The Colts entered Week 5 ranked 27th in the NFL in total defense and 28th in sacks.

After a combination of Ryan Mallett and Brian Hoyer passed for 362 yards, wide receiver DeAndre Hopkins roamed around virtually unchecked en route to 11 catches for 169 yards, and the Colts defense amassed all of one sack—those numbers aren't going to get better for Indy.

The Colts are bad on defense, period. They're soft against the run and vulnerable on the outside. And it's largely because of a complete inability to pressure opposing quarterbacks.

The good news? Despite all those flaws and issues, the Colts are 3-2. In first place. With a head-to-head win over every team in the division.

The bad news? Where to begin? How about the fact that those wins came over three teams with a combined record of 3-9. It took a frenetic comeback against the Tennessee Titans, overtime and bad kicking against the Jacksonville Jaguars and that late interception against the Texans to get those victories.

Against the two opponents they've faced who are presently .500 or better (the Buffalo Bills and New York Jets) the Colts are 0-2. They were outscored 47-21. With Luck at quarterback. And the games weren't as close as that aggregate score indicates. The Colts had their hats handed to them.

And as Stephen Holder of the Indianapolis Star reported, the parade of cupcake opponents is about to come to a screeching halt:

Consider this as well: The Colts team that has pitched and lurched its way to three wins in a row against bad opponents were beaten 45-7 by the Patriots—next week's foe—the last time the two met.

Mind you, the Colts aren't hearing any of this. The team is in first place. It beat the Texans. Live in the now, man:

That feeling you get after a division win! #INDvsHOU https://t.co/NYujUcjiSa

And make no mistake: Barring a collapse of proportions so large that a term to describe it has yet to be coined, the Colts are going to make the playoffs again in 2015. They may be flawed, but the rest of the division is just bad.

But the next few weeks, as the Colts begin to face opponents that aren't covered in frosting, are going to serve as an excellent barometer for what will happen in those playoffs—for what's going to happen when that erratic offense and nonexistent defense have to square off against the AFC's best.

And if the first five weeks of the 2015 season are any indication, the same thing is going to happen that happened to the Colts in Weeks 1 and 2.

They're going to get pounded.

Gary Davenport is an NFL analyst at Bleacher Report and a member of the Fantasy Sports Writers Association and the Pro Football Writers of America. You can follow Gary on Twitter @IDPSharks.

Report: Giants and Colts could have interest in Seahawks' Jadeveon Clowney 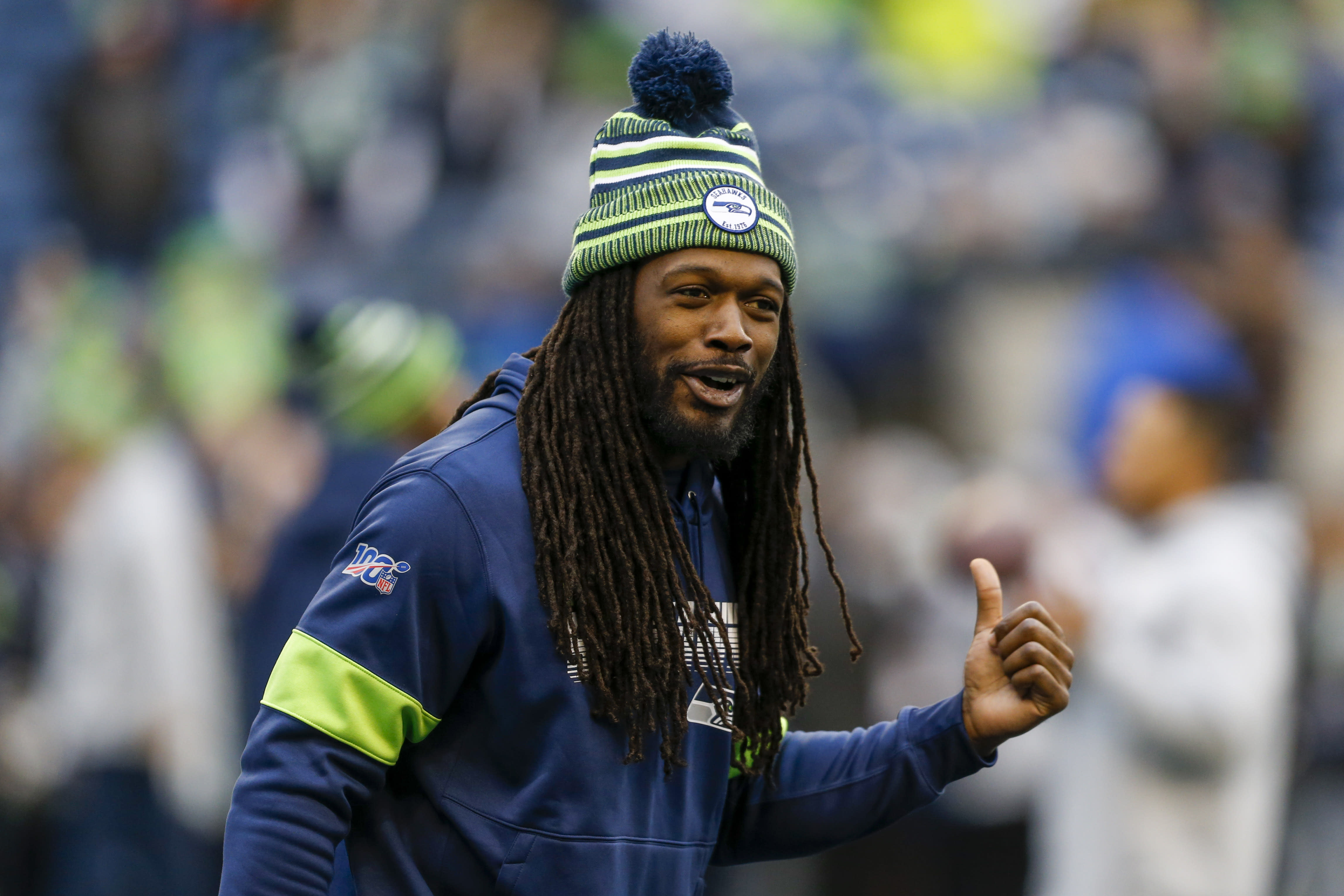 Report: Giants and Colts could have interest in Seahawks' Jadeveon Clowney 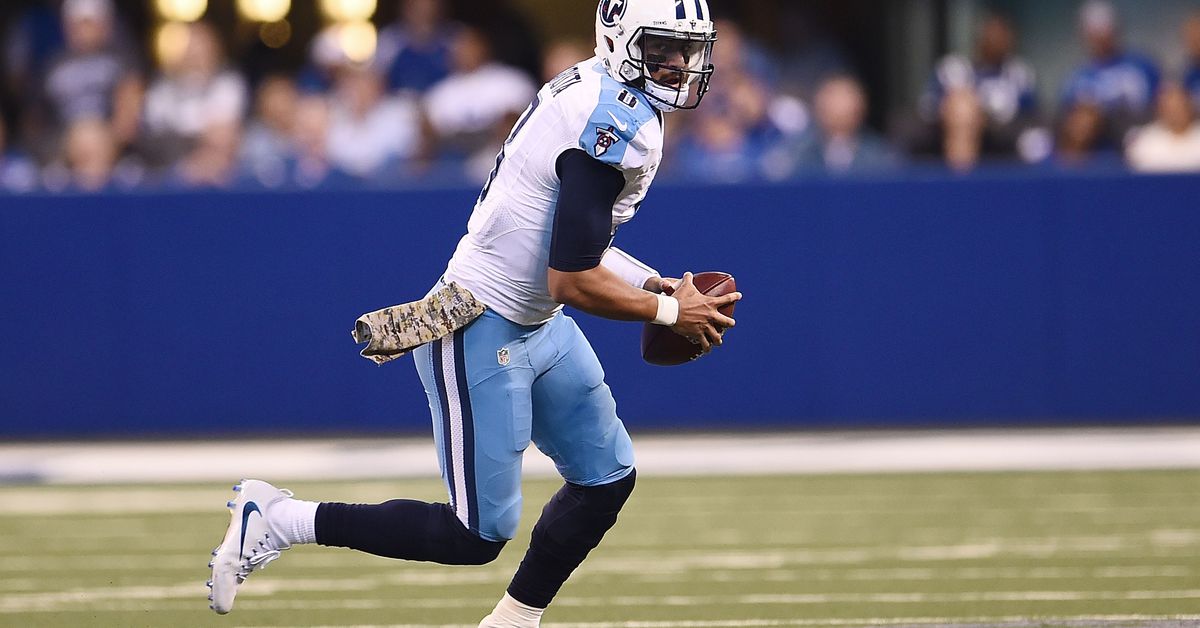