Do the Cleveland Cavaliers even need Kevin Love?

Two weeks ago, this would have seemed like a ridiculous question. After Love suffered a dislocated shoulder in a series-clinching victory over the Boston Celtics, the Cavs had to make significant lineup adjustments.

In their first game without the three-time All-Star, a 99-92 home loss to the Chicago Bulls, it was obvious how much they missed Love. The Cavaliers offense sputtered, shooting just 42 percent from the field and 26.9 percent from three. Love's presence on the glass was also noticeably absent. Cleveland's 39 total rebounds were its lowest total in nearly a month and a half.

Lately, however, it appears the Cavs are adapting nicely to life without Love.

Winners of five of their last six postseason contests, the Cavaliers defeated the Bulls in six games and are already up 1-0 over the Atlanta Hawks in the Eastern Conference Finals.

With Love set to cash in on a max deal either this summer or next, should Cleveland really pay him $20 million to $25 million a season? Or should they use that money to improve their core around LeBron James and Kyrie Irving?

At this point, do the Cavaliers really need Love to win a championship?

Above all else, the Cavs are winning against good teams in tough situations, even without Love.

Including the game where Celtics center Kelly Olynyk dislocated Love's shoulder, the Cavaliers have gone a combined 6-2 against Boston, Chicago and now Atlanta. With Tristan Thompson in at Love's starting power forward spot, Cleveland is 5-1 and could be 6-0 if not for a Derrick Rose banked-in three-pointer at the buzzer of Game 3 in the Bulls series.

The Cavaliers' offensive rating was actually higher in that series without Love (112.3) than against the Celtics with him (111.6). Chicago is a much better defensive team as well, which makes the Cavs' offensive success more surprising. Coach David Blatt has even made the right adjustments to combat Love's absence, notes Jordan Schultz of the Huffington Post:

Blatt knows that without Love, his half-court offense will suffer, despite making quality adjustments. One way to overcome lulls in the half-court is to consciously push tempo. Against the Bulls, Irving and James consistently attacked in transition, applying additional pressure on a team that thrives as a half-court defensive unit.

Going back to Thompson, the 24-year-old free agent-to-be has been marvelous while stepping in for Love. While he doesn't provide nearly the spacing or offensive repertoire, Thompson has more than made up for Love's rebounding and defense. In six games as a starter, Thompson is averaging 11.0 points, 11.5 rebounds and 1.5 blocks in 37.9 minutes per game.

Whether the Cavs offer Love a max contract or not, Thompson will be in line for a big payday himself. Although Thompson is set to hit restricted free agency this summer, there's no way Cleveland will let him go anywhere, even if it means dishing out $12 million or more per season. While these are fair figures to pay a quality starter, it does seem a bit much to give to a backup should Love return.

Thompson will never reach Love's overall skill level, but he is younger and cheaper. The Cavaliers have also been pretty darn good (plus-8.0 points per 100 possessions on offense) with him in the game.

While Love said and did all the right things to help the team this season, there always seemed to be some sort of drama surrounding him.

Questions about his fit with the team, his role on offense and his future plagued Love all year. While this certainly wasn't his fault, it did serve as an unnecessary distraction. With him away from the team the past two weeks, there seems to be an even tighter bond amongst the Cavaliers without a scent of distraction or drama.

Looking into the future, what if this winning without Love continues? Let's say Cleveland advances past the Hawks and into the NBA Finals? What if they—gasp—win a championship without Love?

If any, or all, of this were to happen, it would put Love in a terribly difficult position. After all, there would be little room for any team improvement. Instead, if the Cavaliers sputtered and fell short of a title with Love in the lineup just a year after winning it all without him, what kind of fallout would that bring?

There's also the issue with Thompson. He's been a complete team player, first as a starter the past few years and primary as a backup this season. Now back in the starting lineup, would Thompson be ok with yet another move to the bench?

The questions about his role and fit with the team would become even more abundant. It would be an extremely exhausting time for Love mentally and emotionally, and would surely affect his play on the court.

As of now, the Cavaliers haven't seemed to miss Love one bit. How long will it stay that way?

Even with the Cavs' recent run of success, there's a great argument to be made for Love's invaluable impact in Cleveland.

For one, let's not forget the Cavaliers were just 3-4 without him during the regular season. Love was the team's leader in defensive rebounding (7.9) and total rebounds (9.7) while finishing third in scoring (16.4 points) and three-pointers per game (1.9).

Cleveland was better offensively, was stronger on the glass and moved the ball more effectively with Love in the game as well.

With Love out of the playoffs, we've seen James play a lot more power forward than he would probably like.

Remember, after years of playing out of position with the Miami Heat, James has been happy to move back to the 3 in Cleveland. After being forced to line up at power forward for part of a March 28 loss to the Brooklyn Nets, James told Joe Vardon of the Northeast Ohio Media Group, "It's not something I love to do as far as extensively."

With Love around, James can return to the wing as a ball-handler and initiator of the offense. Using Love's outside shooting ability to stretch the floor opens up driving lanes for James and Irving, making the duo even more dangerous to guard.

As good as Thompson is defensively and on the glass, he and the term "stretch 4" don't belong in the same sentence. Opponents don't have to pay attention to Thompson when he's outside of 10 feet and can instead slide inside and help stop James from driving.

The numbers show that James is far more efficient when he and Love share the court.

It's rare to find superstars who complement each other's game this well. James and Love can play the pick-and-roll, pick-and-pop or a simple post-up and kick-out. They represent two of the most offensively versatile players in the game today and should only continue to develop as teammates.

Speaking of growth, that's exactly what Love has shown over the past few months with the Cavaliers.

With all the drama that's surrounded Love this season, his teammates have offered nothing but positive support. According to Jeff Zillgitt of USA Today:

If there is a disconnect between Love and Cavs All-Star LeBron James, it was hard to tell after Game 3. Love had just scored 23 points (6-for-10 on three-pointers) and collected nine rebounds. James expressed how important Love is to the Cavaliers and said for the Cavaliers to get where they wanted to go, Love needed to play his game. James said he knows what kind of competitor Love is, how cerebral he is.

After Love went down, Irving referred to him as one of his brothers. When Love joined the team in the locker room and the bench during Game 2 against the Bulls, it was easy to tell how happy everyone was to see him.

Even with an early series lead against the Hawks, the Cavaliers shouldn't get too comfortable without Love. Atlanta is an extremely good team. Should the Cavs advance, they'll meet an even better one in the Finals.

This is where Love's true value would shine. With no one to replicate his combination of rebounding and outside shooting, it's tough to see Cleveland beating a team like the Golden State Warriors four times. With Thompson, the Cavs are a very good team. With Love and the Big Three, their potential for success is through the roof.

Have the Cavaliers been fine with Love out so far? Absolutely.

Will his absence be felt sometime during this postseason as the series get tougher and tougher? Undoubtedly.

Make no mistake—Love is still crucial to the Cavs' title hopes and is absolutely still needed in Cleveland.

Greg Swartz has covered the Cleveland Cavaliers and NBA for Bleacher Report since 2010. All stats provided by Basketball-Reference.com unless otherwise noted. 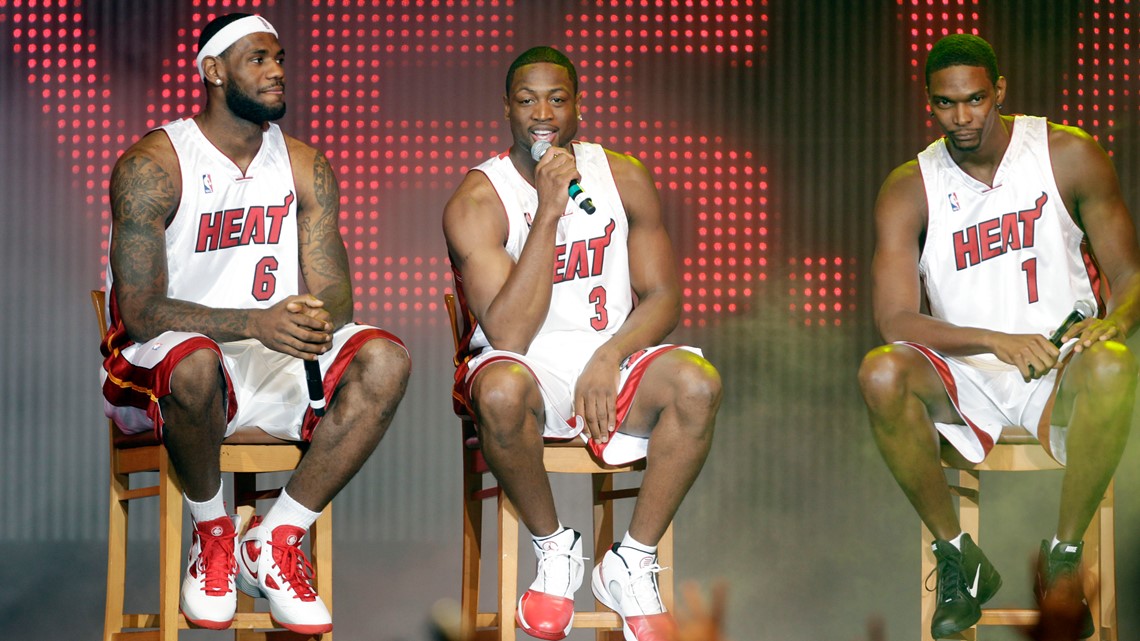