Maybe Rome wasn't built in a day, but it seems as if the New York Jets aren't nearly as patient.

In the upcoming 2015 NFL season, the Jets will be operating under their first complete overhaul since 2006, as they let go both general manager John Idzik and head coach Rex Ryan to make way for Mike Maccagnan and Todd Bowles.

It's an era for new beginnings and lofty dreams, and the new regime is wasting no time.

In a move BearReport's Aaron Leming first reported, the Jets added former Chicago Bears wide receiver Brandon Marshall on Friday. The 30-year-old five-time Pro Bowler had a down year in 2014 (along with the rest of the Bears, who are undergoing their own regime change) and missed the last month of the season with two broken ribs and a collapsed lung.

Just a short time ago, Marshall was considered a No. 1 receiver and a valuable piece of the Chicago Bears' high-flying passing attack. He, Alshon Jeffery and tight end Martellus Bennett formed a tall, basketball player-style receiving corps that outjumped and outclassed much of the competition.

Cutler is certainly overpaid and overrated as a quarterback, and he will never be voted Mr. Congeniality by his teammates. But he does have his supporters, and he’s not a problem in the locker room.

I’m sure there are Bears players who are envious or jealous—or both—of Cutler for his contract and A-list lifestyle. But Cutler actually avoids the spotlight rather than hogging it, and there doesn’t seem to be any pocket of dissent or dislike among teammates who would just as soon see him gone.

On the other hand, when it comes to Marshall, more than a few of his teammates would gladly kick in for his bus ticket out of town.

Now, it's clear Marshall has had issues both off the field and in the locker room in the past. He's been traded three times even though he's a high-level talent, so that alone makes us wonder what it is about him that causes him to overstay his welcome so quickly.

Rick Morrissey of the Chicago Sun-Times piles on a little bit (as he is wont to do) but draws the integral conclusion here: "A player with great numbers, almost Hall of Fame numbers, but a player who causes disruptions and, most importantly, never seems to lift his team to greater heights. ... This is a man who hasn’t been able to find his way onto a winning team throughout most of his football career."

So, like the Bears and the Miami Dolphins before them, the Jets know what they're getting in Marshall: a likely short-term rental (if not for attitude reasons, then for age) who should provide a fantastic target for their quarterback and can elevate the play of the entire offense.

This move is likely to send ripples through the roster. At first, I longed to see both Marshall and current Jets receiver Percy Harvin on the field with one another—their skills are incredibly complementary—but ESPNNewYork.com's Rich Cimini has reported that the Jets are likely to release Harvin if he doesn't agree to a pay cut. Moreover, the Jets will owe the Seattle Seahawks a fourth-round pick rather than a sixth-rounder if Harvin remains on the roster past March 19.

Still, a wide receiver corps of Marshall, Eric Decker and Jeremy Kerley is a pretty great start, even if young, potential studs such as Chris Owusu and 2014 fourth-rounder Shaq Evans aren't a big part of the crew quite yet.

This means the passing offense is quickly running out of excuses.

The offensive line isn't a top-notch unit, but it was in the top half of the NFL in terms of pass blocking last season, according to Pro Football Focus. Center Nick Mangold and left tackle D'Brickashaw Ferguson are still high-caliber building blocks, and an average group can be even better with a pick here, a free agent there and the work of longtime Green Bay Packers assistant and new offensive line coach Steve Marshall.

At running back, the leftovers of an era of Rex Ryan's over-reliance on overpaid and underachieving backs (as chronicled here) are still around, but the NFL of 2015 isn't a time to invest too much capital into the position, and, again, adding some mid-round picks or some value free agents would be more than enough, even if that means simply re-signing Bilal Powell, as Cimini expects.

That leaves the quarterback position.

Currently, Geno Smith is slated to continue the process Idzik and Ryan started him on in 2013. Last season, he was 29th out of 33 qualified passers in passer rating and 29th out of 30 according to ESPN's QBR metric. Meanwhile, he was PFF's 36th-ranked passer and 32nd according to Football Outsiders.

Why yes, I am piling on.

Smith has a chance to be successful, but there is also a solid chance that the current Jets regime doesn't believe he has it in him. That might explain the hiring of offensive coordinator Chan Gailey, who is known to get more with less at the quarterback position and who has a history of utilizing spread-option schemes.

Of course, with the sixth overall pick in the draft, there's a good chance the Jets could come out of this offseason with a completely different answer at the quarterback position, whether that's Oregon's Marcus Mariota in the first round or someone such as UCLA's Brett Hundley or Baylor's Bryce Petty later on.

What hasn't happened, though, is managing expectations.

Bowles and Maccagnan could've let the offense whither and die on the vine with Smith under center, Harvin traded away, Powell and the rest of the running backs jettisoned for cap space and an offensive line in a static if not stagnant state of growth.

They could've focused on building the defense and taking their own sweet time in putting together what they believe a contending team looks like. No one would've blamed them. In most cases, a head coach and general manager in these types of situations would get at least two to three years to put together a solid team.

The Marshall deal has shown their hand.

The new Jets aren't waiting. They're pushing their chips toward the center of the table, and every inclination leans toward them continuing to do so in order to put together a winner in 2015 rather than tanking or otherwise taking their own sweet time.

As for whether this plan is effective, we're the ones who have to wait.

Michael Schottey is an NFL National Lead Writer for Bleacher Report, a writer for Football Insiders and an award-winning member of the Pro Football Writers of America. Find more of his stuff on his archive page and follow him on Twitter. 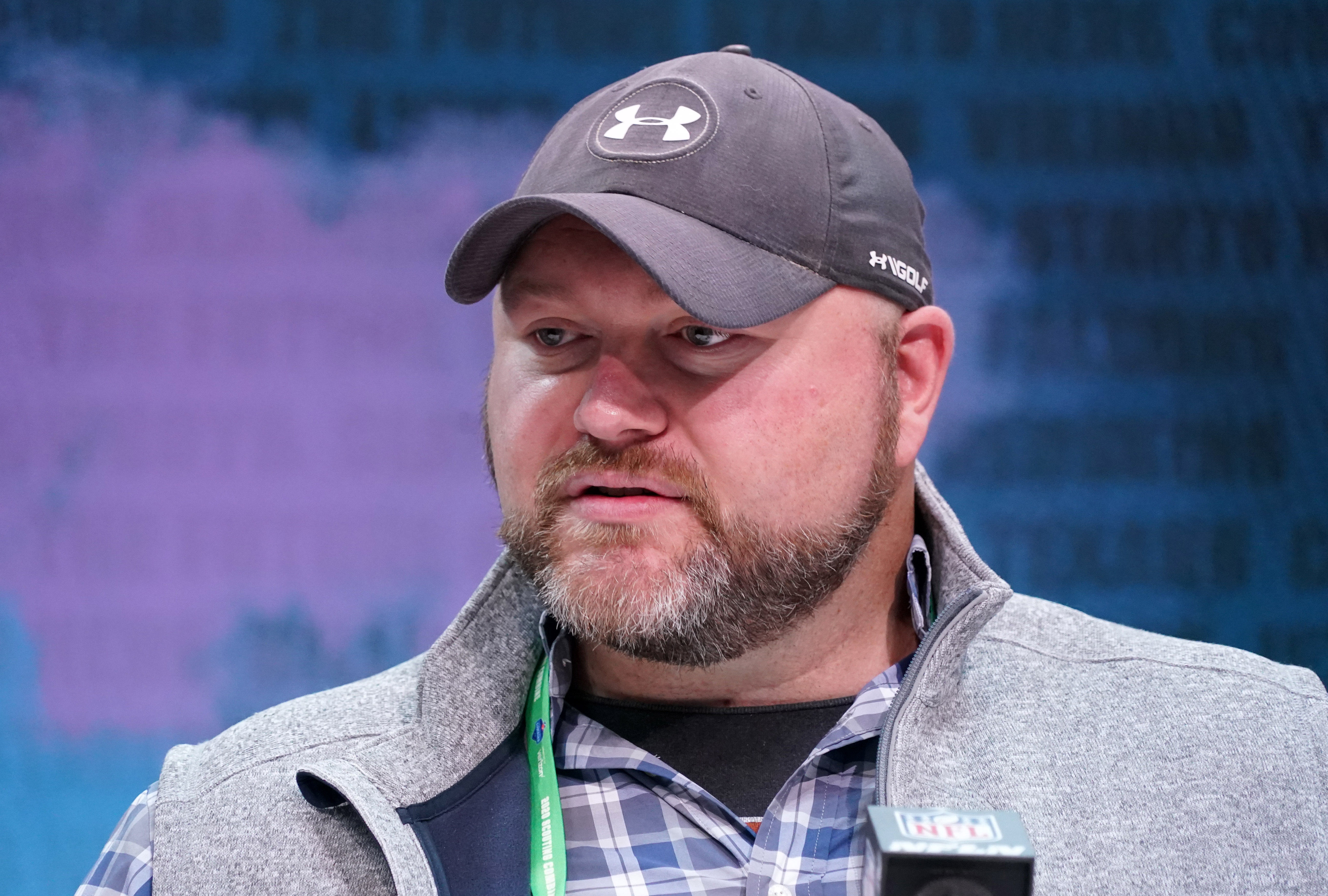