In May, following Everett Golson's departure from Notre Dame, Your Best 11 took a look at the Fighting Irish's quarterbacks through the BCS era. Between the position changes and the transfers, it was not exactly pretty. Add in the changes in coaching philosophy with each new head coach, and the water got even muddier.

Instead of focusing on another school and working through its history, we've decided to look at the top of the heap. Every year since 2002, Rivals has listed position rankings, including both pro-style and dual-threat quarterbacks.

Omitting the 2013 QBs, who have yet to play a game, we took the 11-year window and looked at the top five quarterbacks in both categories. That's 10 players a year, five dual-threat and five pro-style quarterbacks over the last 11 seasons for a grand total of 110 players.

The most basic information reared its head very early: No one is immune to the transfer.

Guys in this group have left school at a 36.4 percent clip and for a myriad of reasons. Some, like Ryan Perrilloux, originally at LSU, have to go because of discipline issues. Others, like Ryan Mallett, have to leave their first choice because of a coaching change that renders them obsolete.

And neither style of quarterback is immune to the issues. Pro-style and dual-threat guys are leaving at the same rate on a quest for success. In fact, both styles of player have years where no one from the top five finished his career at the position and/or school of his original choosing.

The 2010 pro-style top five consisted of Jake Heaps, Phillip Sims, Connor Wood, Brett Notthingham and Jesse Scroggins. All five ended up transferring. Most recently, Nottingham left Stanford for Columbia, and Scroggins wrapped up his JUCO season at El Camino before heading to Arizona.

Meanwhile, on the dual-threat side of things, 2005's haul of Perrilloux, Jake Christensen to Iowa, Ike Whitaker to Virginia Tech, Josh Portis to Florida and Kyle Reed to Cal did not end well either. Everyone transferred, except Whitaker, who battled addiction, went to rehab and ultimately ended up moving to wide receiver as the clock expired on his career in Blacksburg.

In looking at the list of names, the overwhelming theme is just how hard it is to succeed at the quarterback position, regardless of your style or choice of school. Only 25 of the 90 players (the 2011 and 2012 groups were not eligible for the NFL draft) were selected to play at the next level. Of those 25, 11 were first-round picks. Including two No. 1 overall selections, Cam Newton and Andrew Luck.

From looking at the draft to forecasting the future, a look at the most recent classes to enroll and play for their respective schools, the 2011 and 2012 groups. Three players are transferring, another is taking his Latter Day Saints mission trip and the rest are still at the school of their choosing.

Gunner Kiel, now at Cincinnati after starting at Notre Dame, likely the most high-profile transfer from the group, is joined by Jacoby Brissett, who moved from Florida to North Carolina State, and Anthony Alford, who spent a year at Southern Miss but is now enrolled at Ole Miss.

In that same class, Braxton Miller is battling to win a Heisman Trophy in 2013, while guys like Christian LeMay at Georgia, Jake Rodrigues at Oregon and Matt Davis at Texas A&M are hoping to elbow their way into the backup spot.

It all goes back to Top Five quarterback prospects finding a favorable situation and then working to prevail. Luck's smart decision to go to Stanford where playing time was available, and he developed into a No. 1 pick. RGIII headed,to Baylor, where he had a great relationship with the coach which helped him land in the second spot in the same draft.

Meanwhile, Star Jackson, who was ranked right behind Luck, has bounced around from Alabama to Georgia State and North Alabama. The former "next big thing" never found his football home after losing the quarterback competition to Greg McElroy. In that same vein, MarQueis Gray, who was ranked ahead of RGIII, ended up playing some quarterback and wide receiver at Minnesota before going undrafted. He's now trying to hang on as a tight end with the 49ers.

As the numbers show, quarterback is a high-risk, high-turnover position. Quarterbacks are not moved nearly as easily as other position players. Of the 110 players examined, only a handful changed positions, none of whom were successful enough to get drafted at their new position.

Every conference to land some of the big-name quarterbacks has their share of kids who just never materialized. The SEC can certainly look to Alabama's stars who transferred, but also Mitch Mustain at Arkansas, James Banks at Tennessee or Robert Lane at Ole Miss.

Their southeast brethren, the ACC, boasts names like Willy Korn at Clemson, Peter Lalich and Kevin McCabe at Virginia and Mike Paulus at North Carolina. There's Connor Wood and Tommy Grady out of the Big 12 at Texas and Oklahoma respectively. The Pac-12 is looking at Aaron Corp who signed with USC and Kyle Reed who left Cal for San Jose State.

Everyone has got their players that did not quite live up to the hype of being a top-five quarterback prospect. Top tier teams lose quarterbacks the same way as mediocre and flat out bad teams.

One of the more interesting finding was not about the quarterbacks' indvidual success. Rather, it was about the success of the teams they led. Only Chris Leak, Tim Tebow and Vince Young were able to hoist the crystal football as starters for their original universities. Phillip Sims and Star Jackson would only watch as the Crimson Tide won national titles early in their careers. LSU's Ryan Perrilloux would see limited action in the Tigers' 2007 BCS Championship season.

And all three, Sim, Jackson and Perrilloux, would transfer soon after.

It is worth noting that Cam Newton also lifted the crystal football, but it was following his transfers to junior college and finally landing at Auburn. Newton is the rare quarterback who blended the norm of transferring with the rarity of big-time success in college.

Most transfers are not so lucky, as Rhett Bomar—a fifth-rounder—and Ryan Mallett—a third-rounder—are the only other two draftees to be the products of transfer in the group. Bomar is out of the NFL and Mallett is currently a reserve quarterback for the New England Patriots.

Whether the quarterbacks stay or go, success often must be assessed on a sliding scale. 27.8 percent of the the eligible quarterbacks got selected into the league. Another good portion, including solid college players like Willie Tuitama at Arizona, Juice Williams at Illinois and Stephen Garcia do not parlay their collegiate runs into draft picks.

But, they can end up on pro football rosters. Tuitama has spent time playing for the Indoor Football League's Nebraska Danger. Juice Williams leads the IFL's Chicago Slaughter, and Garcia with the Montreal Alouettes.

These are not the only players who have advanced to the next level, still hoping to find a place in the NFL. There are other CFL and IFL players, as well as guys who have spent time, as Brian Brohm did 2008-2010, as NFL reserves and practice squad players.

Everyone sees the glory of being named one of the elite quarterback prospects in the nation, those same folks often assume that things will be handed to them or that their path is easy. With all that goes into playing the position, the route to achieving that NFL dream of many is certainly never easy. 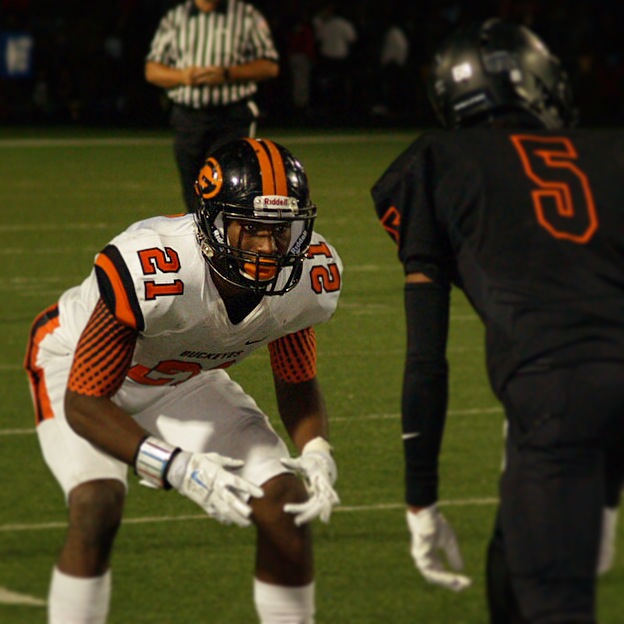