Clemson's weakest link proved to be its defense in 2012, which could have made the difference between Clemson's 10-win season and possibly even an undefeated season. A unit with a young defensive line, inconsistent play at linebacker, and a porous secondary were the stories of 2012 for first-year defensive coordinator Brent Venables.

But something struck during the Peach Bowl matchup against the LSU Tigers, a team known for being physical along its offensive line, and despite their questions at quarterback, not lacking in talent or production at the skill position. Clemson's pass rush came with a vengeance, notching four sacks in the first quarter and keeping Zach Mettenberger under wraps for most of the night when it came to big plays.

Clemson's defense was the difference in that game against a team that a year ago was in the national championship game. Is this a sign that better things are on the horizon for this defense?

They definitely can be, especially after the kind of win Clemson had over LSU. And if the correct improvements are made in the off-season, Clemson's defense could be among the best in the ACC.

But just how could Clemson's defense make that jump in the conference?

Clemson will have a full year in Venables' new scheme, which has shown that it can provide pressure, especially when he blitzes off the edge with his defensive backs. The young defensive line, which was headlined by the rotation of sophomores Josh Watson, Grady Jarrett and Deshawn Williams, and true freshmen D.J. Reader and Carlos Watkins at defensive tackle, showed flashes throughout the season and will have had a year to acclimate.

At defensive end, the Tigers lose only one player, senior Malliciah Goodman, but Corey Crawford remains on one side, and Vic Beasley remains a solid pass-rushing threat and should get more time next fall. More help is on the way in the form of Shaq Lawson, who will join the Tigers from Hargrave Military Academy (Chatham, Va.). Martin Aiken will be coming off a redshirt, and new recruits from the 2013 class in Dane Rogers and the recently committed Ebenezer Ogundeko will have their shots at end for 2013.

At linebacker, the Tigers had inconsistency at times, but the defense started to come together thanks to the promotion of junior linebacker Spencer Shuey at the Mike position, who will likely continue to man that spot for his final year. At the Will position, Tony Steward and possibly even Stephone Anthony, who has spent his first two years at middle linebacker, will compete for time at a position vacated by the departures of Jonathan Willard and Corico Wright. The Sam/Nickel position looks to stay in the hands of Quandon Christian and Lateek Townsend for the time being. As for the Nickel back, Venables will have to find a suitable replacement for Travis Blanks, who will be moving to safety full time.

The biggest question for this defense will undoubtedly be the secondary, which gave up a lot of big passing plays in 2012. The Tigers lose both starting safeties, Jonathan Meeks and Rashard Hall, who were both inconsistent throughout the season. But talented defensive back Travis Blanks, who the coaches have raved about all season, looks to be settled at safety for the spring, while Robert Smith is likely to get the first crack at the other safety position.

At corner, the Tigers hope to get back a healthier Bashaud Breeland and Darius Robinson, as well as a healthy Martin Jenkins, who redshirted due to a groin injury suffered during fall practice. Garry Peters and Cortez Davis earned playing time, and there will surely be some sort of open competition at the  corner spot this year.

With Charlie Harbison having gone to Auburn, the Tigers have hired former N.C. State defensive backs coach Mike Reed, who hopes to improve a secondary that struggled in all aspects under Harbison in 2012. The group never seemed to get any better all season and played its best football in the bowl game against Auburn, a game in which Harbison did not coach the defensive backs. That duty was handled by the graduate assistants for the bowl game.

With the talent that Clemson has on defense, and having a full off-season under Venables' scheme, this group has the potential to make that jump as one of the best in the ACC, especially if the play of the secondary improves.

Bad news college football, Lawrence has a chip on his shoulder

Bad news college football, Lawrence has a chip on his shoulder 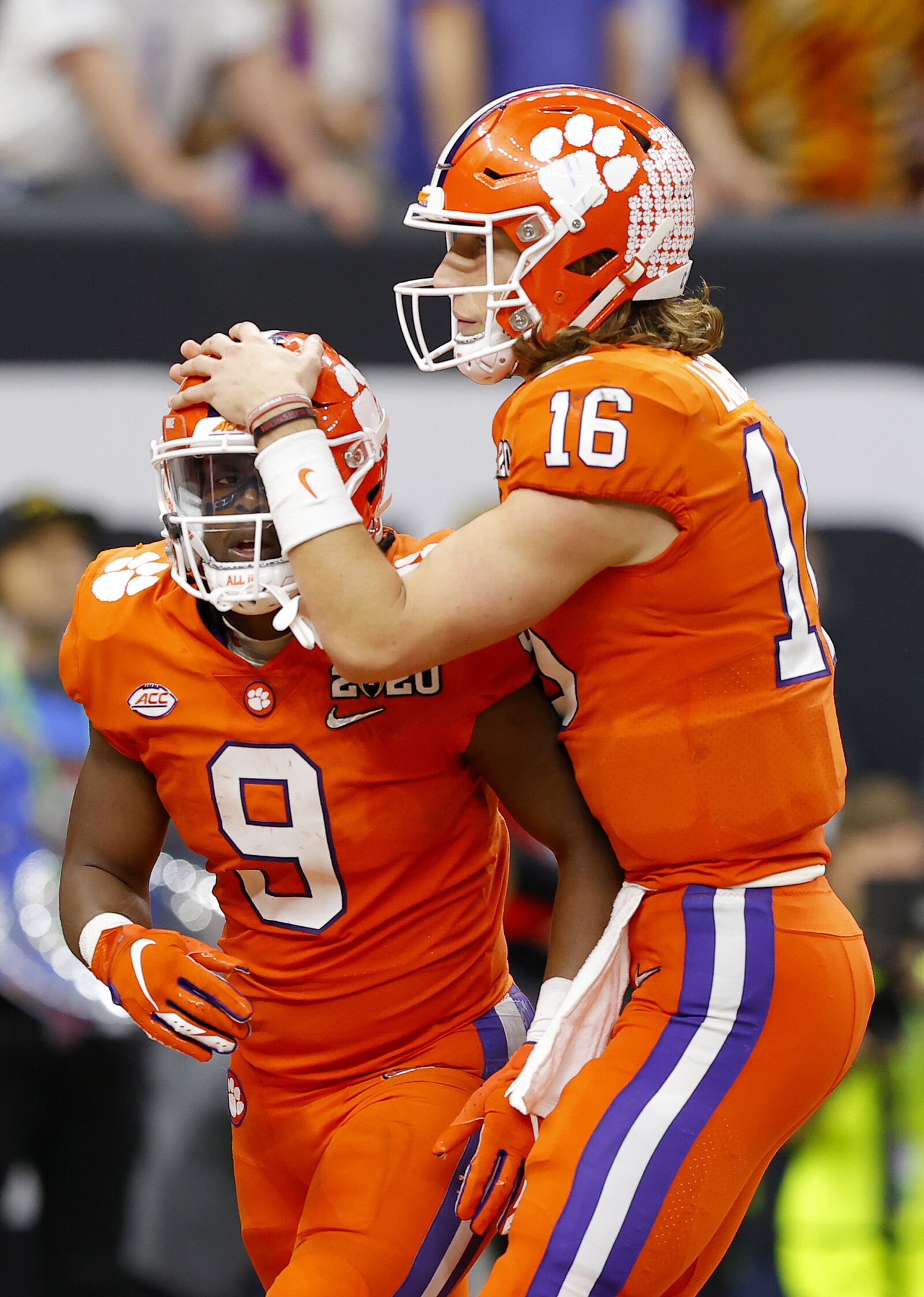