With Nicklas Lidstrom of the Detroit Red Wings continuing to dominate the NHL as the league's best defenseman year in and year out, it won't be the Sharks' Dan Boyle who becomes the first San Jose defenseman to win the James Norris Memorial Trophy, rather it will be none other than 21-year-old Marc Edouard-Vlasic.

Nothing against Dan Boyle, the Sharks' marquee defensive acquisition over the offseason is a phenomenal defender as well as an incredible offensive force from the blue-line.

However, if you want the whole package of NHL defenseman, you need to look no further than the youngest Shark, Marc-Edouard Vlasic.

Unlike most rookies, Vlasic's first NHL game came during the season opener as the 19 year old defenseman made the Sharks roster right out of his second ever training camp.

In his rookie season of 2006-07, Vlasic put up solid offensive statistics for someone who many thought was a only a defensive defenseman. While playing in 81 regular season games, Vlasic put up 26 points (3g +23a = 26p).

However, the most invaluable statistic from Vlasic's rookie season was his +13 +/- (plus/minus) rating.

Vlasic's rookie campaign also saw him amass a minuscule 18 penalty minutes, while averaging 19 minutes of ice time per game! He therefore averaged more minutes per game than took minutes in penalties over the whole season, which is absolutely outstanding.

Throughout his rookie year Vlasic displayed his ability to properly defend opposing forwards in the new NHL without taking the little hooking and holding penalties that defenseman are often caught guilty of. Expectations were then set high for his second season.

However, Vlasic ended up experiencing the infamous sophmore slump in his second year in the NHL.

To be fair, the Sharks's scoring as a whole was down in 2007-2008, a season which saw their captain, Patrick Marleau have the worst season of his career finishing with a -19 +/- and scored 30 fewer points than the previous season.

Hence, going into this season, the jury was still out on the young defenseman. Vlasic, who will be 22 on March 30th, had something to prove going into his third campaign.

Despite being just 21 years old to start the season (to which many could argue he needs ample more time to develop), his stellar rookie year had set expectations at an extremely high level.

However it is not just the increasing offensive numbers for the Sharks defenseman, but rather his natural ability to defend in his own zone. While it is common to see Boyle, Blake and the rest of the Sharks defenders take penalties for tripping/hooking/holding, it is incredibly rare to find Vlasic committing those types of infractions.

The reason he will win a Norris trophy is his innate ability to have his stick in perfect defensive position at all times.

Opposing forwards have found it immensely difficult to create scoring opportunities with Vlasic out on the ice. Marc-Edouard takes one hand off his stick to reach out and deflect pucks away from the opposition better than any Sharks defenseman over the past six or seven seasons.

It is a simple maneuver that all defenseman use to widen the area that their stick can defend but if you watch a Sharks game and focus on No. 44 of the Sharks, you will notice that nobody playing in that game does it better than Vlasic.

Not only does Vlasic play strong defensively while pressuring the puck carrier, but also uses his stick to take away passing and shooting lanes while on the penalty kill.

Marc-Edouard is always on the top penalty-kill unit and is great at taking away cross ice passes as well as tying up opposing players sticks in front of the net.

Vlasic also sees power-play time with the Sharks and will undoubtedly see even more time on the man-advantage in upcoming seasons as his offensive ability will continue to grow and Sharks defenseman Rob Blake will soon retire allowing Vlasic ample more playing time while up a skater.

Essentially, Marc-Edouard Vlasic (although not even 22) never comes off the ice. He starts the game, plays power-play, penalty-kill, plays in the last moments of tight-games and is the most dependable defenseman on the Sharks roster despite being the same age as your typical college senior.

Granted Lidstrom is a little more seasoned as he is playing in his 17th season in the NHL and currently has 51 points to Vlasic's 35 but Vlasic is only in his third season and is only going to get better from this point forward.

However, Lidstrom averaged 52 points in his first three seasons including 60 in his rookie year compared to Vlasic's 23 in his rookie campaign. Yet, this is the reason why there Nicklas Lidstrom is like no other, the guy is on a completely different level than any other defenseman in the league.

On the other hand, Lidstrom's first season came in 1992-93 when he was 22, three years older than when Vlasic came into the league.

Projecting Vlasic to finish with 40 points this season while playing the overwhelming majority of the season at 21, Marc- Edouard won't be that far off from Lidstrom's offensive production at age 22.

Next season it is a safe bet for Vlasic to improve to 50 points with a year's more experience and more time one the power-play. Potentially 50 points at age 22 compared to Lidstrom's 60 at 22, not that far off. And remember, Nicklas Lidstrom is a lock for the NHL hall-of-fame, being compared to him in any way is impressive.

The sky is the limit for Vlasic who will looks to play in San Jose for a long, long time, possibly for his entire career which may eventually cover two decades.

And as for the rest of the Sharks? Well the team around Vlasic (as good as they currently are) is only going to get better. Young stars Torrey Mitchell, Devin Setoguchi, Joe Pavelski, Milan Michalek, Ryane Clowe, and Douglas Murray all panning out solid careers with the Sharks.

Plus San Jose has always had one of the best minor league systems in the NHL and currently have players such as Logan Couture and Nick Petrecki waiting in the wings.

Vlasic's improvement this season has been flat out tremendous. His +/- has jumped 30 points in the positive direction from last year to this year which is simply amazing and he still has room to improve.

Not only will Marc-Edouard get better from experience but by getting older he will also get bigger physically by putting on muscle as he ages which will only help him on both ends of the ice. All signs point to him becoming one of the great NHL defenseman in the next decade (or two) with the Sharks.

Marc-Edouard's game will continually be improving and the cast around him will continue to get better as well.

That being the case, Vlasic's production on the offensive end will steadily rise as he becomes more experienced and adding all-star quality offensive play to go along with his shut-down defensive abilities will eventually win him a Norris Trophy.

When its all said and done, Vlasic may not produce the career offensive numbers of a Nicklas Lidstrom, but he will most definitely be in the running for the Norris Trophy year in and year out during his prime.

Of course he'll have to wait for Lidstrom to retire before he envisions winning the Norris trophy as the league's best defenseman but when that happens, look for Vlasic to be a favorite for the Norris.

Sharks fall to Canucks in Vancouver 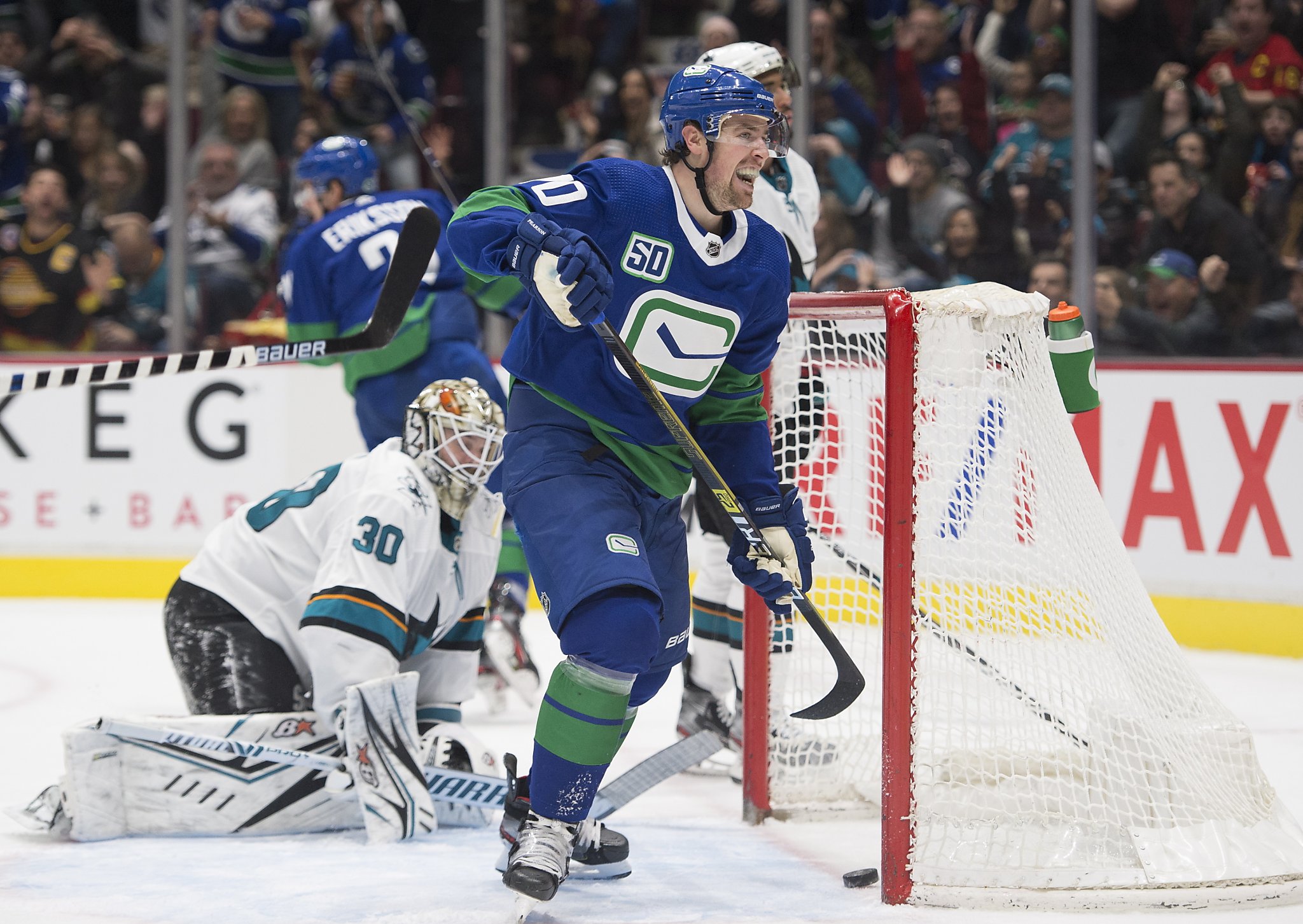 Sharks fall to Canucks in Vancouver

Sharks at Canucks: Lines, gamethread, and where to watch 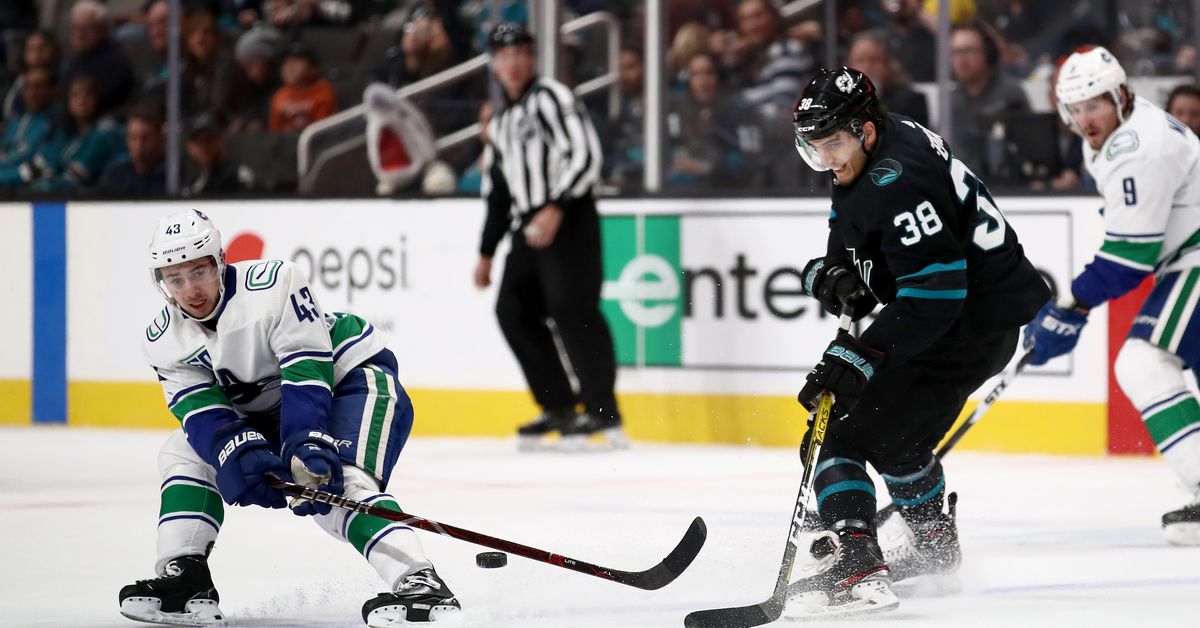 Sharks at Canucks: Lines, gamethread, and where to watch