Say his name five times and he appears like Candyman.

Unlike Candyman though, Romeo won't be killing anyone or anything anytime soon, not while he's riding the bench at USC.

Percy Sr. is not your average rapper. He graduated from the University of Houston and quickly became one of the first rapper-entrepreneurs.

Miller continued his business ventures by starting No Limit Sports, a sports talent agency. Their biggest client was Ricky Williams; Williams' rookie contract in New Orleans was none other than the handiwork of Master P and his associate Leland Hardy.

Percy Sr. even has a little bit of game.

In 1998 he received a contract to play for the Charlotte Hornets. The following year he had a tryout with the Toronto Raptors but was cut in the preseason.

In 2004, Miller played for the ABA Las Vegas Rattlers after playing a year in the CBA with the Fort Wayne Fury.

Miller has currently given up his hoops aspirations and become a family man, and he is not unlike most parents.

As most parents would, Miller would like to see his son do two things: live longer than him, and be more successful than he was.

The first is out of his hands—as for the second?

Well, Miller Sr. has done everything within his ability to ensure that it happens, especially on the basketball court.

Congratulations, Mr. Miller. Romeo is now a freshman point guard at USC, a spot that he gained not as a result of his athletic ability but as the result of your social status and business savvy.

In 2006, Romeo was invited to the Reebok ABCD Camp.

The ABCD camp is the holy grail for prep basketball players. An invitation to this camp means that you have some serious talent.

The fact that Romeo was invited would cause most to assume that he is a high caliber athlete.

But in the words of the legendary Lee Corso, "Not so fast my friend."

Romeo only averaged two points a game at the ABCD; he was clearly overmatched and definitely out of place. It caused many people to question why the director of the camp, Sonny Vaccaro, extended the invitation to Miller.

In an article for the Wall Street Journal, Vaccaro said he invited Miller to the camp as a favor to his father, Percy Miller Sr.

Sonny Vaccaro went on to say, "If you're looking for the profile of an athlete who plays basketball at USC, he's not it."

But if he's not good enough to play at USC, how did he get there?

In the same article, Floyd told the WSJ, "Last April...Percy Miller called while driving both players from a tournament in Fayetteville, Ark. ... Percy Miller said, 'DeMar and Romeo are ready to make their decision, and would you like to have them both on scholarship?' ... I said 'absolutely.'"

This DeMar fellow that Floyd and Miller both mention?

Well, he is none other than DeMar DeRozan.

In 2007, DeRozan was the fifth best player in the country and a five-star recruit according to Scout.com. Romeo Miller, on the other hand, was unranked, with one star. Romeo had no Division I offers other than USC.

Is Miller a bad player though?

He only played in eight games though due to a strained hip flexor and bruised knee. He sat out to get ready for college basketball. (Good idea since he didn't have options other than USC.)

In my opinion, Percy Miller Jr. is a Division II player.

He could potentially play Division I basketball for a mid-major team (ex: University of Wisconsin-Milwaukee, Oakland University in Michigan, etc.).

Well, Sonny Vaccaro already said no, and after this year, I'm guessing Tim Floyd would share the same sentiment.

God awful, right? Well, that's because he only plays two minutes a game!

As Bob Gibbons of the recruiting service All-Star Sports said in the WSJ article, "It's rare to give a scholarship to someone who may never play."

It's rare because scholarships do not come cheap, especially not at USC.

The scholarship Romeo received is estimated to be about $44,000 a year.

I'm not upset with Romeo for taking the scholarship. It's most athletes' dream to play at the Division I level, so I understand completely.

But I wonder, what about the walk-ons and the kids who might have more talent but have just lost a spot on the roster thanks to Romeo's father?

Also, what about the kid who didn't get an invitation to the ABCD camp because his dad wasn't a music mogul?

A former coach of mine used to say, "Clichés are clichés because they are true."

So here is a cliché that has once again been proven true: Life isn't fair.

And in my opinion, it's a sad day when a team will sacrifice talent for ticket sales.

I leave you with two videos, one of DeMar DeRozan, a high school All-American, who is now averaging 12.9 ppg and 5.3 rpg for the Trojans; the other is Romeo Miller, freshman point guard for USC.

You decide which one looks like a Division I prospect and which one doesn't. 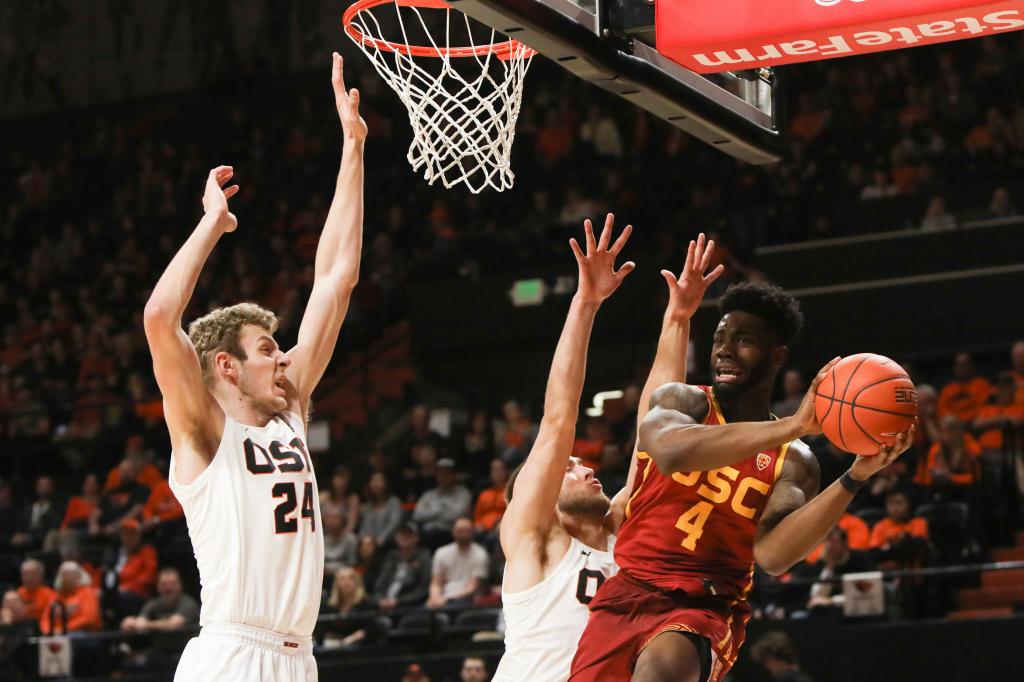 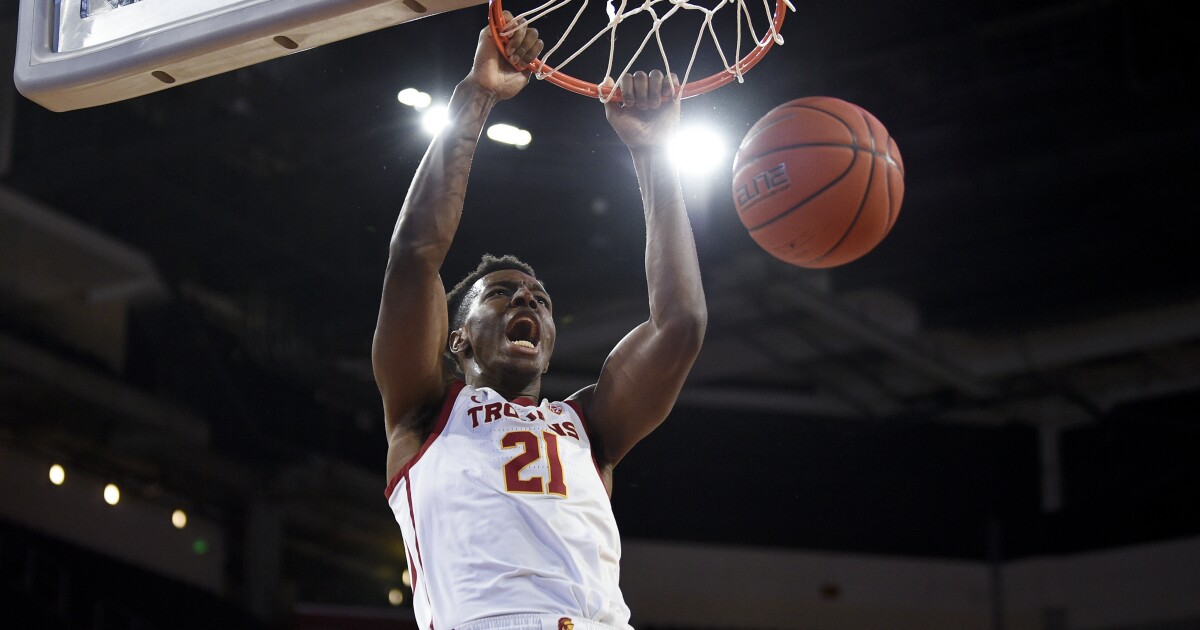 USC bounces back with a blowout win over Oregon State

USC bounces back with a blowout win over Oregon State