Cam Newton epitomizes more than just what many believe is the prototypical new-age NFL quarterback.

He is the personification of today's fast-paced, instant gratification, narcissistic society.

Before I get too "deep" on you, think about it.

Newton is 6'5'' and 245 pounds. His classic throwing mechanics and natural talent have provided him with a tremendously strong arm. He's a punishing yet gracefully agile runner and a masterful evader.

Although many believed the system he ran at Auburn didn't properly prepare him to face intricate NFL defenses, as a professional, he's shown the ability to quickly process information and decisively make reads before throwing the football or scrambling.

The true total package at the quarterback position.

But with all his immense talent and surprising wit comes something that isn't surprising at all.

He was the ultra-hyped Heisman winner coming out of college and a statistical dynamo in his legendary rookie season—a season in which the Carolina Panthers finished with a 6-10 record.

Now, in typical 2012 fashion, thanks to lucrative endorsements, Newton feels the need to remain trendy and hip in his respective sport.

Believe me, he isn't the only pro athlete who thinks that way.

He has created a signature "Superman" celebration after every touchdown. He gives a first-down motion after moving the chains, a display of showmanship not normally associated with quarterbacks.

Newton is a brand.

But the point is, all of Newton's extracurriculars are fine.

Yes, they'll draw the ire of the old-timers and football purists, but as long as he's productive on the field, they won't go away, and frankly, the flashiness is just how big-time athletes are today.

Was his Superman TD celebration down 23-6 in the third quarter of Week 3's game against the New York Giants slightly ridiculous and selfish?

But the self-promotion is not where the trouble lies with Newton.

Actually, it can be argued his amped-up celebrations simply express how passionate he is about the game of football, his team and playing the quarterback position.

His issues are deeply rooted within his own mind when it comes to dealing and coping with adversity or the sting of defeat.

ESPN's Ed Werder sent out a troubling tweet about Newton after the Panthers' heartbreaking loss to the Falcons in Atlanta, stating that Newton held up the team bus for "a while" as he sulked in the locker room after the game.

Playing quarterback in the NFL is hard enough, and Cam will not be able to move forward if moping immaturely is his odd way of gaining respect from his teammates or demonstrating leadership.

He needs to be the leader in Carolina.

Newton hasn't gained much—if any—respect from his teammates or proved himself as an off-field leader based on the way he's handled losses to begin his career.

Being despondent in defeat, precisely when disappointed role players need encouragement or look for confident words from their quarterback, is the first sign of immaturity.

Regardless of skill set or team situation, every signal-caller must deal with adversity and is ultimately defined by how he responds to it.

Newton can exhibit sadness after a loss, but sitting alone on the bench with a towel over your head and dodging the media?

Anyone can flash a big smile as the front-runner, something Newton's been in a position to do his whole life. But the real winners dig in, meet their mistakes head on, learn from them and flourish after them.

Drew Brees had a spectacular start to his career, then saw everything come crashing down when he severely injured his shoulder.

Eli Manning looked like he'd never escape Peyton's shadow after a shaky start to his career with the unrelenting New York City fans and media bearing down on him. Even Alex Smith—where would those quarterbacks be now if they continually held their heads down when misfortunes mounted?

Newton is young and blessed with unimaginable athletic talent—the Panthers are lucky to have him.

But the sullen attitude, not the promotional celebrations, must be altered, or it'll be nearly impossible for Carolina to be a successful franchise with Newton under center.

Saints S Malcolm Jenkins not happy with QB's comments on kneeling during the anthem: 'You should shut the f--k up' 🎥 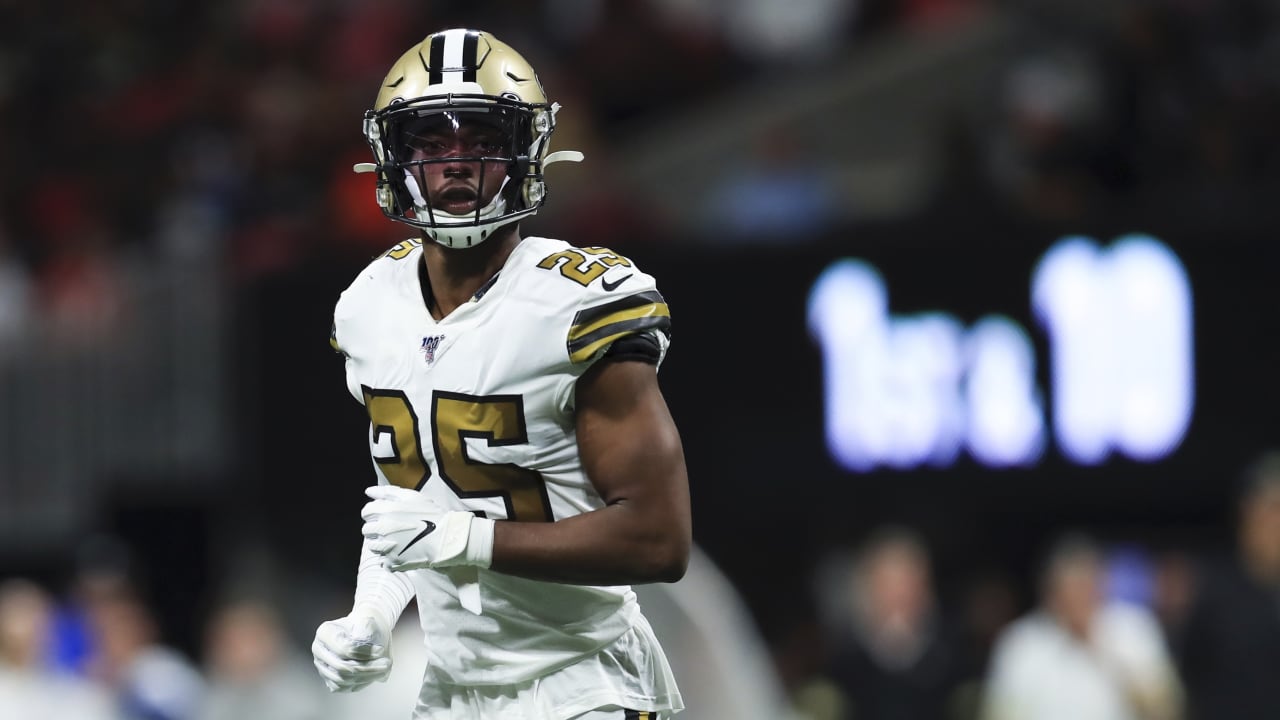