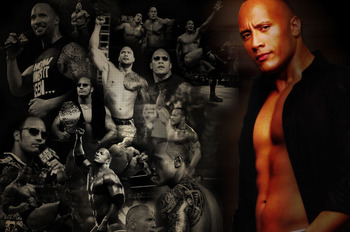 Hello folks! Welcome to another slideshow! This one is a bit more fun than previous ones I have done.

I thought it would lighten the mood here on Bleacher Report as there seems to be something to moan about all the time!

I am guilty of this, so I thought I’d bring some of The Rock’s comedy moments onto the site to brighten everyone’s day!

The Rock is arguably the best-ever mic worker in professional wrestling.

His timing is perfect, and he can talk for as long as he wants. He always makes sense, injecting comedy here and there as he pleases.

My words are not doing the man justice.

So sit back, relax and enjoy the ride.

Someone Got a Haircut!

The Rock used this to his advantage in this promo where the main intention was to anger the freshly shaven giant.

The Rock puts the nWo in their place in this segment after they were rude to him, following a photo opportunity.

He made them feel smaller than Hornswoggle by berating them one by one in a way that only The Rock could pull off.

He imitated them one by one before leaving them wondering what just happened.

My favourite part is when he makes fun of Diesel.

Rock Is Wary of Kane

In this segment, Rock and Hogan were getting ready to team with The Big Red Machine.

While some would find the Kane section (him imitating Hogan) the funniest bit, I just can’t take my eyes off The Rock’s facial expressions.

Watch his face as Kane acts completely out of character; it’s what makes the promo one of The Rock’s funniest.

His eyes just widen when he turns around to see The Big Red Machine.

“Who in the Bluest of Blue Hells Are You?!”

Clearly taken aback by the new interviewer, Mark Lloyd, Rock had no time for this amateur (he was clearly wishing for Coach or Cole) and completely embarrassed him before getting down to business.

It is a really funny segment.

At the Copa, Copa Cabana

If making the Coach sing Barry Manilow isn’t funny, then I don’t know what is.

Couple this with unexpected microphone issues and it made for another classic Rock segment.

The Rock had an excellent chemistry with the Coach and this created some extremely funny moments for the WWE.

There were loads to pick from, but I thought this one stood out.

When Michael Cole walked in on a naked Rock, he pretended not to have seen anything and carried on with his job as normal.

Rock didn’t just leave it though; he came out of his room to confront Cole.

Cole just couldn’t keep his eyes off The People’s Strudel.

The Rock fabricates a whole story for the benefit of the audience, in which Lillian Garcia fancies The Great One.

However, when she confirms these jovial remarks, The Rock looks sickened and worried and tries to carry on with the interview as best he can.

Only The Rock would embarrass someone like that, but still come out of it looking funny.

This lengthy promo features some of the Rock’s best jokes.

He talks about him and Triple H as babies, cavemen and as the Founding Fathers.

Once he finished with Triple H, he moved onto Paul Heyman and Brock Lesnar, coining the term “Next Big B*tch” for the relatively fresh Superstar.

The first two and a half minutes of the segment consisted of Jericho continuously interrupting The Rock and berating him before Rock had a chance to speak until the Rock said to himself, “That’s all I can stands, I can’t stands no more” and unleashed on Jericho verbally, saying for him to bring his family (including Jimmy Jack Jericho!) so he can whoop all their...you know the rest.

This ranks as one of my favourite Rock promos ever—it never gets old. The Rock’s bit starts around 2.30.

He’s Gotta Beat the Gaaamerrrrr... in the Middle of the Ringeerrrrr

This is the funniest Rock promo ever in my opinion.

Filmed not long before the six-man Hell In A Cell match at Armageddon 2000, Rock held no punches as he explained why he would win the WWF title.

He made fun out of five other Superstars in the segment and they are all as funny as a barrel of monkeys.

My personal favourite is his impression of Triple H—he manages to capture the Game’s intonation perfectly.

Also, insinuating "Stone Cold" Steve Austin listens to the Backstreet Boys was a stroke of genius.

I Hope You Enjoyed It 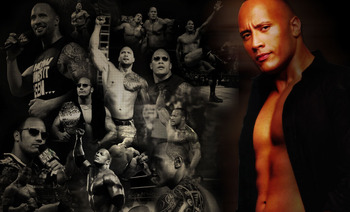 So there you have it—a list of the top 10 funniest promos by The Rock.

I hope you enjoyed the article and had a good laugh.

Not every article is doom and gloom!

Please leave a comment in the section below, telling me what is your favourite Rock promo and why.

I always reply to all comments.

Don't forget to come back later for my weekly SmackDown review!