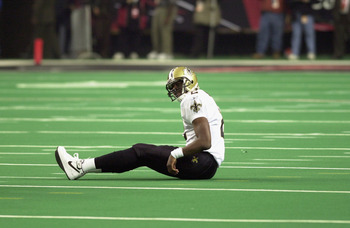 While making a list of underrated players is a relatively safe task, I understand that calling players whom are probably among many Saints fans' favorites is a dangerous task.

But it is the task I have been assigned and am therefore conquering. I hope to maintain some sense of respect for each player, but point simply to why they have been overvalued, not to totally mock them or make it seem that their impact upon the organization was unimportant.

The simple fact that any of these guys even played in the NFL is a tremendous accomplishment, and so I tread on steaming coals in making this list. I honestly hope all will realize it is simply the nature of the beast to have overrated players and that nobody is offended beyond belief. 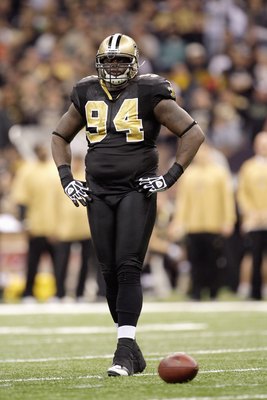 Charles Grant seemed to do a lot of standing around with his hands on his hips after he signed a then record deal after the 2006 season. In 2006, he didn't even make the Pro Bowl but was awarded that crazy deal before fellow DE and Pro Bowler, Will Smith, got a new contract.

Grant had some off-the-field issues, but mostly it was his lack of motor, injuries and inconsistent play that made him much overrated.

Grant secures the No. 8 spot not because he's the least overrated, but because he never was rated so high in most fans' minds. But he was certainly paid like he was one of the league's finest defensive ends. 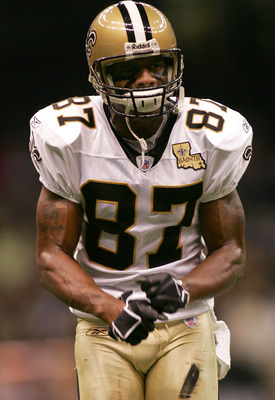 I admit, I didn't see Joe Horn in a Saints uniform long enough to secure a true opinion of the receiver. When I came to be a Saints fan, I had a previous bias against Horn—to the point I almost considered not switching teams because I so strongly disliked Horn.

Of course, what I disliked so much about Horn was the infamous cell phone celebration he had performed many years earlier on Sunday Night Football. I was biased towards him because I believed he was a typical diva receiver.

What I found out was that he was not so much a diva, but a beloved player who the fans truly loved. And the fans had good reason to love him, as he put up gaudy numbers his first five seasons in black and gold.

But that is also the problem. He had only five good years in his entire career.

His final two seasons as a Saint were poor compared to the previous five. But Horn was basically a nobody in his first four seasons with the Chiefs and his final season with Atlanta. Therefore it's difficult to say he had a great career.

It's more like he had a wonderful five seasons. 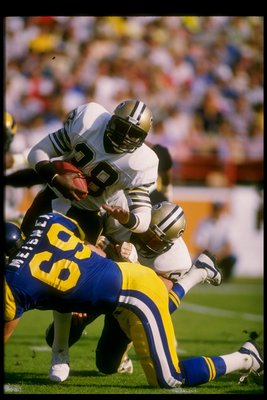 I'm not even sure if this is Rogers, but it's clearly a Saints running back.Rick Stewart/Getty Images

I admit, I don't know a lot about George Rogers. He was a member of the Saints before I was even born, but I know that the Saints organization has held him in high regard for the career he had with them.

This is despite the fact that he only played four seasons, one of which only included six games played. Sure in two of the three full seasons he gained over 1,000 yards, but the truth is that he really only had one great year: his rookie season.

In his final three pro seasons with Washington, he was about equally productive, which only shows he was a good, but not great NFL back.

It seems the tendency with Heisman Trophy-winning running backs is to give them the benefit of the doubt. As long as they were adequate professionals we seem to remember them as great.

In Rogers' case, he was good, and there's nothing wrong with that. 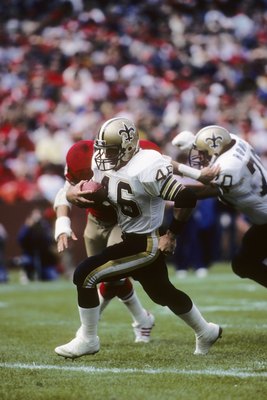 I'm not going to deny that Gajan put up some really good numbers for a fullback in only four years. In 1984, he caught 35 passes for 288 yards.

How many fullbacks do that?

Where my issue arises is the lack of time he played the game. He only played four seasons! If it's because he has an electric personality, I can accept that.

If it was even the way he played the game, I can accept that, too. But I admit, I struggle to think that a guy could play only four years and be remembered so fondly.

Of course what that ultimately speaks to is the amazing love of the fans of the New Orleans Saints. That they could fall in love with a player in just four seasons is a special quality they possess. 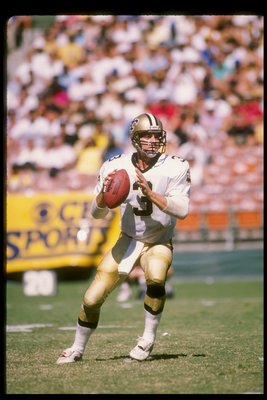 Continuing on with the theme of current Saints broadcasters, Hebert comes in just ahead of Gajan. It is not that Hebert wasn't good. The fact is that his numbers for the era he played are solid.

But similar to all the other guys is that he only did it for a couple of years. He only played 16 games twice as a Saint, and those were the only two seasons he threw for over 3,000 yards.

Additionally, his high for touchdowns in a season as a Saint was 20.

Of course, it is difficult to compare a guy like Hebert to Drew Brees, since Brees is likely a future Hall of Famer, but when doing so, the two aren't even close.

Brees is going to put all-time numbers and already has a Super Bowl ring and seems destined for at least one more. Hebert is the home town guy who the fans loved because he was the hometown guy.

At the end of the day, Hebert was a solid quarterback who should be loved because of his roots rather than his play. 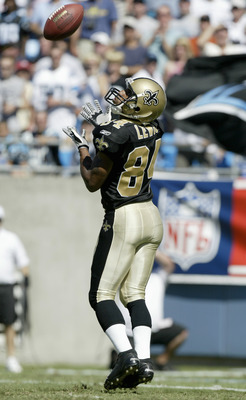 As I come to No. 3, I'm reminded the point of this column is not to crush these guys. I intend no harm. Lewis is another hometown guy who does deserve to be loved by the fans because he truly was one of them.

But I only want to make sure fans don't remember him for being a better player than he was.

The truth is that he caught fewer than 30 passes in his entire career as a receiver. And as a returner—which is what he was known for—he only scored four times.

Lewis' story is an incredible one, and I have no interest in ruining it for anyone. I only want to clear the air that he was a great Saint. He was a nice story as a returner for a few years, but simply doesn't compare to some of the great return specialists of the last decade—Dante Hall and Devin Hester, to name the two most prominent. 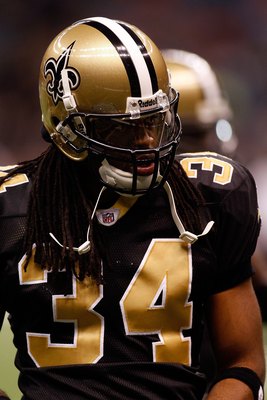 I have no desire to squash people's opinions of a person. McKenzie seemed to be as good a person as the Saints could hope for.

And it isn't as if McKenzie was a bad player, by no means. But for him to be on the team's all-time team speaks more to the franchise's struggles than it does the production of McKenzie.

McKenzie was a really good Packer who the Saints splurged on when he was not as attractive a commodity as a free agent. And there's no doubt he had a couple of great years.

But his greatness was never at its peak in New Orleans.

If McKenzie's career had one person devoted to it as a historian, that historian would always be reminding us this guy was a Packer great, not a Saints great. He was a good player for the Saints, but never the shutdown guy the team marketed him as.

This is no affront of McKenzie, but again a product of the team overvaluing one of their own. 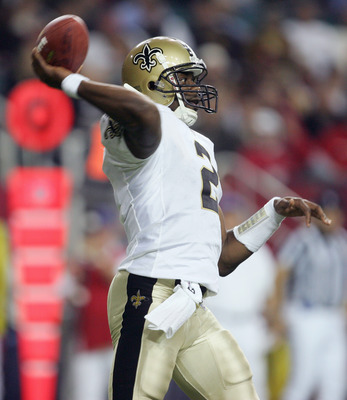 Before I continue, I want to make it clear that I have absolutely nothing against Aaron Brooks. For a period of time, he gave the fans of the Saints some hope. Heck, he did what no other quarterback in Saints history had done before—win a playoff game.

But before we put the guy in the Hall of Fame, we must remember a few things.

First and foremost, Sean Payton's very first order of business when he became head coach back in 2006 was to find a real quarterback. He knew he had to replace Aaron Brooks if he wanted to have success in the Big Easy.

Second, the guy never completed better than 59 percent of his passes in an entire season. Drew Brees could do that in his sleep. And because the guy scrambled and ran the ball so much, he fumbled a ton, and lost many of them.

And most seasons he had a fairly high interception rate.

The guy was a walking giveaway basket for the other team. I'm not saying that Brooks was horrible nor am I saying that he didn't have some really nice moments for the Saints.

What I am saying is that the guy has to be one of the most overrated players in the Saints history, although he has been easily forgotten because of the man who immediately succeeded him.