WWE: 5 Potential Replacements for Ezekiel Jackson in the Corre 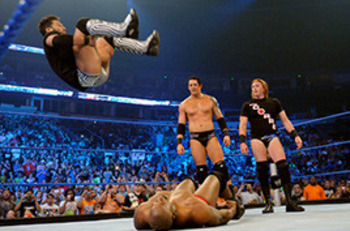 Before I begin, I'd like to observe today as the one year anniversary of the day I wrote my first article on Bleacher Report. Much has changed since then, so I thank my fellow readers and Bleachers for helping me make it this far.

Earlier this month, we witnessed the tension in SmackDown stable The Corre come to a breaking point as Ezekiel Jackson finally made his imminent departure from the group. He was described as the "weak link" for not holding championship gold, and decided to go his own path following the lack of success over the past few months.

Originally, I enjoyed Jackson's position in the group, being treated as the muscle of the stable and now receiving a Batista-like push when he was involved in Evolution several years ago. However, he began to seem out of place in The Corre with the other members, Wade Barrett, Justin Gabriel and Heath Slater, all being former WWE NXT contestants.

With Jackson now feuding against Corre on recent episodes of SmackDown, who can debut to aid them in their quest against Big Zeke? I present to you five potential candidates to help fill this position and possibly bring back some credibility to the group of rebels. 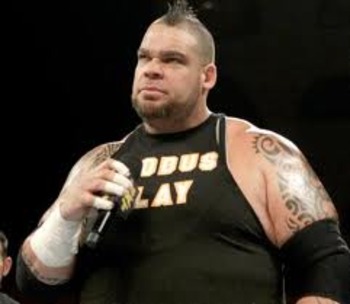 Brodus Clay competed in the fourth season of NXT a few months back, coming in a close second to the eventual winner Johnny Curtis. On his closing promo, he vowed revenge on the WWE Universe and promised to take our heroes away, teasing an eventual monster push.

Despite his loss, the former bodyguard would emerge on the Friday Night SmackDown brand alongside his pro Alberto Del Rio, aiding him in his feud against Edge and Christian in the weeks leading up to WrestleMania 27. Although Clay would be the one on the receiving end of the pin-fall in almost every match, he always looked strong in defeat.

His last appearance came at the Extreme Rules pay-per-view earlier this month, coming up short in helping Del Rio win the World Heavyweight Championship in a Ladder Match. However, he has since been separated from Del Rio following his draft to RAW, leaving Clay to fend for himself on the blue brand.

Being a former bodyguard for rapper Snoop Dogg, Brodus Clay could fill Ezekiel Jackson's place nicely as the muscle and power of The Corre faction. I'm not sure if his current inactivity is due to the injury he sustained at Extreme Rules or lack of booking, but making a surprise appearance by costing Big Zeke the Intercontinental Champion could jump start an intriguing feud. 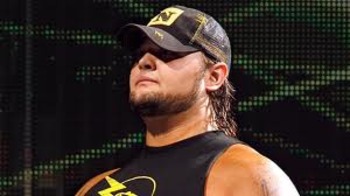 Competing in the second season of NXT last summer, Husky Harris was considered a favorite among management to emerge victorious and win the WWE contract. Despite excellent guidance from his pro Cody Rhodes, Harris would come in fourth amongst the remaining rookies in the final weeks.

The month following his elimination, Harris would reemerge at the Hell in a Cell pay-per-view in early October alongside Michael McGillicutty to cost John Cena his match against Wade Barrett, earning himself in the Nexus faction in the process.

For three months, Harris reigned supreme as a solid addition in the Nexus, before a tragic punt to the head at the hands of Randy Orton on the night following the Royal Rumble. Although his stalemates would return from their respective injuries, Harris has not been seen since his attack from the Viper.

However, news going around a few months ago stated Husky returned to the FCW developmental territory under his new mask gimmick. The current state of the Nexus is disappointing, so I am surprised that they would drop a key member of the group so quickly.

His weight has been in question, but he can impressively move in the ring and put on a semi-decent match. Returning as a member of The Corre could reestablish his credibility as a major in-ring threat. 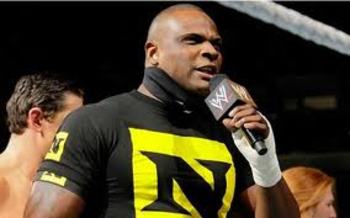 Of all the rookies that competed in NXT Season One around this time last year, Michael Tarver's actions are the ones I can remember most throughly. His rebellious attitude was successful in getting remembered after failing to compete in many of the ridiculous challenges, before ultimately eliminated first after saying he didn't deserve to be there the week prior.

Tarver would become a key factor in the original incarnation of the Nexus, being one of most intimidating and best talkers amongst the other members in the group. After many of the originals departed as time progressed, Tarver joined the elite list following his beat-down at the hands of John Cena in early October,when in reality he had to recover a groin injury he suffered.

Following three months of inactivity, Tarver ironically resurfaced on the scene where Teddy Long was attacked backstage on in episode of SmackDown in late January. Many speculated that he could have been the newest addition to The Corre since their formation occurred right around the same time.

Nonetheless, Tarver would appear in numerous backstage appearance on both shows, but never making in official return in the ring despite a few acknowledgments by the commentators. With Ezekiel Jackson now excommunicated from the stable, could Tarver be the one to replace him?

Personally, I believe Mr. 1.9 would be the most fitting replacement, given their history and natural intimidating look. His in-ring skills are improving, but his mic skills could certainly make The Corre a threat once again. 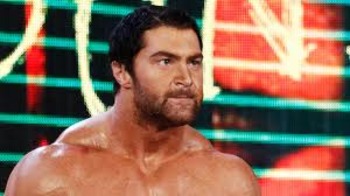 Most recently, tension within the New Nexus has been higher than ever, specifically between Mason Ryan and leader CM Punk. This bad blood between the two has been stirring for months now, and ultimately cost them the WWE Tag Team Championships last Sunday at Over the Limit.

Ryan debuted apart of the group in mid-January, and has become the most focused one since. It has been rumored that management is high on the Welsh Superstar due to his large size and similarities to Batista, and has been the hot topic of a face turn as of late.

Given his weak in-ring and mic skills, I don't think having him turn on Punk and going solo would not be the best idea. Shipping him to SmackDown with The Corre would give him even more focus, but at the same time improve his weak spots and become an even bigger dominant force. 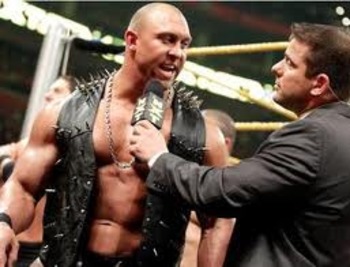 Last but not last, I now bring you to Skip Sheffield. He was easily my favorite member of NXT Season One and the original Nexus, with his charisma as a face and sheer dominance and intimidation factor as a monster heel.

Of the original seven members of the group, Sheffield was definitely in the list of top three wrestlers, and was given the ability to shine on numerous occasions. Unfortunately, the Cornfed Meathead suffered a serious injury following last year's SummerSlam that has kept him sidelined ever since.

Rumors have speculated that Vince McMahon is high on Sheffield, even going to call him a potential "Number two babyface of the company". Well, I'm not sure how likely that is, but I do believe he holds potential to make a high upon his return.

I would not like to see him released with his return imminent, and hopefully a push that will make him a threat once again. If there aren't plans already to make him a breakout singles star, a spot in The Corre could make them a force to be reckoned with on Friday Nights.

Thanks for reading, Bleachers, and make sure to comment on who you believe the perfect candidate could be to replace Ezekiel Jackson if there needs to be a replacement at all. GSM out.