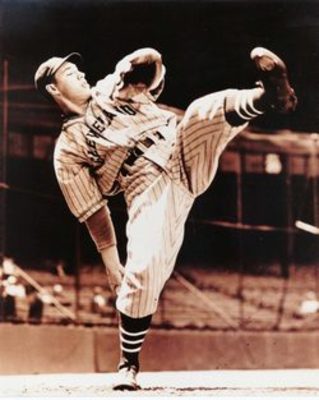 The Cleveland Indians have been sporting one of the best rotations in baseball thus far this season. Although this may or may not have been the case the last couple seasons, the Indians have a very storied history of starting pitchers over their 100-plus years of existence.

Who would make the cut as a member of the "all-time" starting rotation?

I didn't have very many requirements to make the list, but it seemed like they all had thrown at least 1,000 innings in an Indians uniform. Also, all stats included are only when they were in a Cleveland uniform.

Due to the span of this research, an Honorable Mention list has also been compiled. 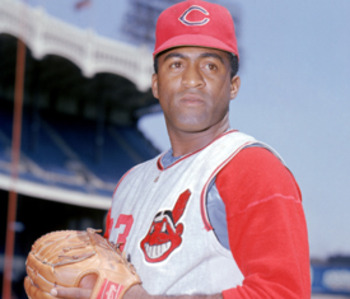 Luis Tiant may be higher on the list than fifth on the honorable mention, but he only played six of his 19-year career in Cleveland. However, when he was there, he had some really good seasons.

His 2.84 ERA ranks 16th in Indians history, and although his 75 wins have him tied with Bartolo Colon, his 21 shutouts in a Tribe uniform have him firmly entrenched in the top 10.

He would continue his career with the Twins, Red Sox, Yankees and Pirates, with the majority spent in Boston. 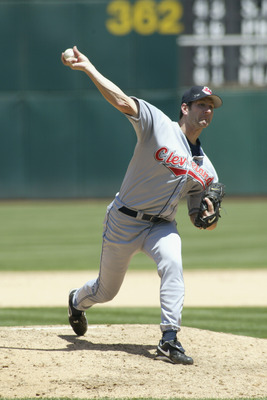 Nagy spent all but one of his pro seasons in Cleveland. Growing up, he was certainly among my favorite hurlers.

Nagy's 129 wins rank 10th in Indians history and his .556 winning percentage is tied in team annals with Dennis Eckersley. 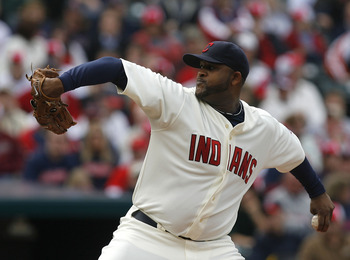 Sabathia has the distinction of being the only active player on the list. A rookie phenom in 2001, he broke into Major League Baseball with a 17-5 record.

After roughly seven-and-a-half years in Cleveland, Sabathia corralled 106 wins, good for 13th all-time. His 28.2 WAR over his time in Cleveland is ranked 10th.

The current New York Yankee star is one of three Indians to win the coveted Cy Young Award, Sabathia's campaign coming in 2007 when he boasted a 19-7 record with a 3.21 ERA.

He was traded to the Milwaukee Brewers in 2008, then subsequently signed by the Yankees. The Indians are still reaping the benefits of the trade in Matt LaPorta and Michael Brantley. 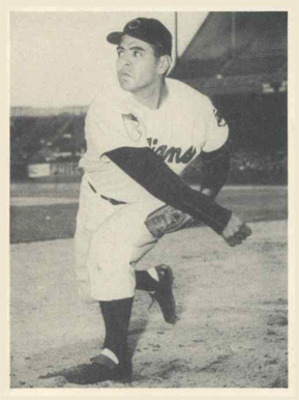 I believe Mike Garcia to be one of the most unheralded starting pitchers in team history. His 34.6 WAR places him in the top 10 in team history, right up there with many other Indian greats.

Garcia earned a place on the All-Star team from 1952-54, and he was a steady contributor all throughout the 1950s.

His 142 wins place him ninth all-time. He was a member of the "Big Four" pitching staff for the Cleveland Indians in the late-40s and early-50s along with Bob Feller, Early Wynn and Bob Lemon. 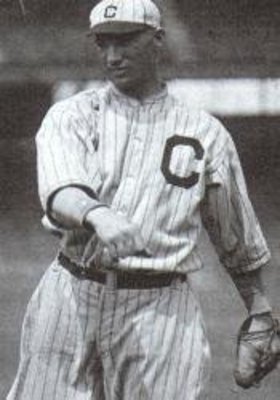 The first Hall of Famer on the list, Coveleski could easily be listed among the top five pitchers in team history.

Over nine seasons in Cleveland, the spit-ball specialist collected 172 wins, which ranks him fourth all-time. His 46.1 WAR mark is second only to Bob Feller himself.

A pitcher with great control, Coveleski only walked 2.2 hitters per nine innings pitched. Although complete games were nothing out of the ordinary at that time, his 194 rank him third all-time in Indians history. 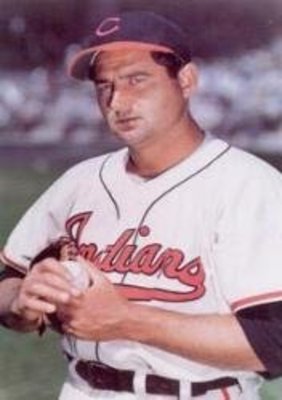 Wynn joined the Indians a season after their last World Series title in 1948. The savvy veteran immediately made his presence known by averaging over 16 wins a season during his tenure in Cleveland.

Elected to three All-Star games while in Cleveland, he would go on to earn the fifth-most wins in team history with 164. His 1,277 punchouts would tie with Bob Lemon as third-most in team history.

Selected to the Hall of Fame in his first ballot in 1972, "Gus" Wynn will be forever known as a member of the aforementioned "Big Four" rotation in Cleveland. 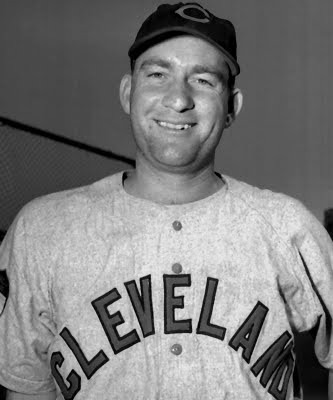 Bob Lemon spent all of his 13 seasons as a pitcher in Cleveland. His 207 wins rank third all-time in team history. Lemon is the first player on this list that was a member of the 1948 World Series-winning team.

Seven times an All-Star, he led the Majors five times in complete games. His 42.4 career WAR ranks him fourth all-time.

Although not a huge strikeout artist (4.0 K/9), Lemon's 3.23 ERA and 1.34 WHIP showed he was more than capable of getting hitters out with ease.

After his illustrious career with the Tribe, he was elected to the Hall of Fame in 1976 (his 12th ballot) and went on to continue managing the Kansas City Royals, New York Yankees and the Chicago White Sox.

Bob Lemon's No. 21 has been retired by the Cleveland Indians. 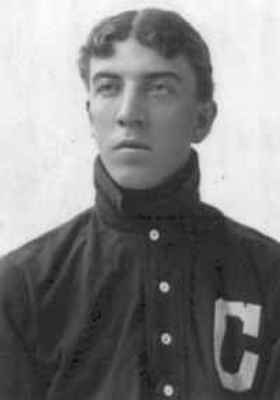 Joss is a shining example of a great career cut short. After only pitching nine seasons, all with Cleveland, Joss died of tubercular meningitis in 1911 at the young age of 31.

Before he died, he threw a perfect game in 1908 and posted the best ERA (1.89) and WHIP (0.968) in team history. Above and beyond, his WHIP is best in Major League history and his ERA is second-best.

Almost 70 years after he died, he was elected to the Baseball Hall of Fame by the Veteran's Committee, doing justice to a great career that was sadly shortened.

The last two years of Cy Young's career were spent with Joss in Cleveland. In five of Joss' nine seasons, he boasted an ERA of less than 2.00. 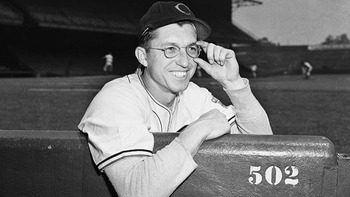 The only member of the all-time starting rotation to not be in Cooperstown, Harder certainly has the credentials to make an argument.

Harder's 223 career wins rank second all-time in team history. A career he spent entirely in Cleveland. His 42.5 career WAR is third behind only Stan Coveleski and Bob Feller. His No. 18 has also been retired by the Cleveland Indians.

It is said that Harder, while coaching the Indians, also taught Early Wynn how to throw a plethora of pitches, including a curveball, slider, changeup and knuckleball. 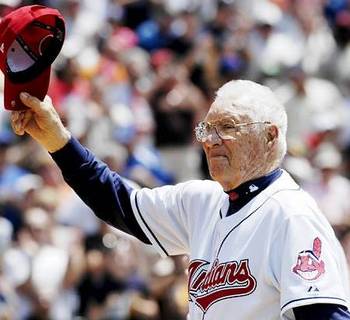 Would it be anyone else? "The Heater from Van Meter," "Rapid Robert"...Bob Feller.

Feller was the face of the Cleveland Indians for three decades. One can only imagine if he didn't serve in the armed forces during World War II during his peak (nothing short of an honorable thing for him and all the other baseball greats at that time to do) what his career numbers would have been. It is worthwhile to say that Feller enlisted in the service and was not drafted.

A member of the vaunted 1948 and 1954 Indian teams, Feller continued to be active in Cleveland Indians functions from the time he was elected to the Baseball Hall of Fame in 1962 to his death in December of last year.

Bob Feller will forever be among the most loved figures in Indians history, as well as the best and most intimidating (he threw the second-fastest pitch ever recorded) pitcher in franchise history.

His No. 19 has been retired by the team.