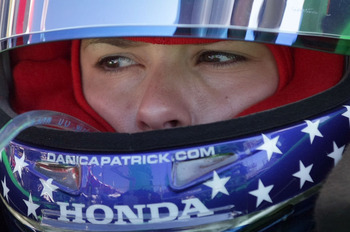 This topic is very subjective to what type of open wheel background we are speaking of. What comes to my mind first when speaking of an open wheel driver background is a driver from Indy Car or Formula One disciplines.

But, we can’t rule out the latest history of great drivers from the open wheel USAC ranks which includes midgets, sprints, silver crowns and so on.

Forty years ago, driving greats such as Mario Andretti, A.J. Foyt among many other cut their teeth on the short tracks of America with small open wheel race cars.

Thirty years later, it was drivers such as Jeff Gordon, Tony Stewart and Sprint Car King Steve Kinser ripping up the bull rings before heading over to stock cars.

The list of drivers in these categories is long and we can only touch upon the highlights and outstanding efforts without turning this piece into a lengthy novel.

Enjoy the opinions of one race writer and don’t be upset if we’ve left out your favorite legend. 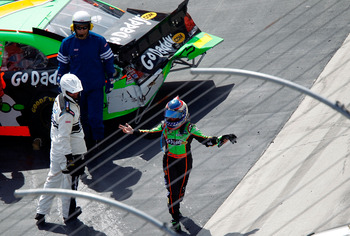 Danica Patrick has found herself with bent up cars en route to gaining experience in NASCAR.Geoff Burke/Getty Images

Of the latest notoriety of trying to come from open wheel competition to the taxi cab set is Danica Patrick. She has one win in Indy Car racing which should probably have an asterisk next to it under the conditions won.

In the past two part-time NASCAR seasons, she’s started and finished in the high 20’s with a best run of fourth in a Nationwide race under gas mileage conditions, not real talent exhibited.

Her future in either series is on the fence right now with more than likely choosing the NASCAR way because of much higher potential earnings. She’s far from the best, but boy can she work the marketing table. 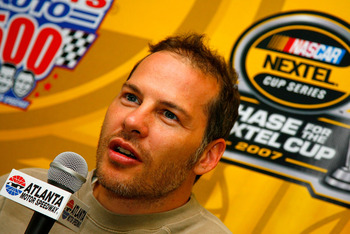 Jacques Villenueve speaks to the press at a NASCAR press conference.Rusty Jarrett/Getty Images

Canadian-born Jacques Villenueve comes from an outstanding background of Indy car and Formula One competition where he was an F-1 Champ, Indy 500 winner along with multiple sports car wins.

Despite his varied and great open wheel accomplishments, his less than a dozen Cup, Nat and Truck starts have only netted three top-10 Nationwide results. 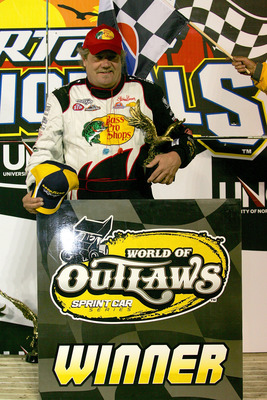 The King of The Outlaw Sprint Cars, Steve Kinser has amassed 20 championships, over 500 feature wins, yet when attempting to compete in the Winston Cup ranks during the 1995 season, he was released after just five races with dismal results.

He was also only able to qualify for one Indy 500 where he started 20th and finished 14th. 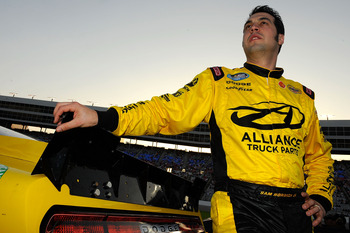 Open wheel Indy Car star Sam Hornish Jr has also been trying to break in to the NASCAR world under the careful guidance of Roger Penske.

Despite being a three-time Indy Car champ, and Indy 500 winner, Hornish has struggled mightily to come to grips with keeping a stock car under him and in front of the pack.

After four stock cars seasons, this talented open wheeler has only been able to put together eight top 10’s and a pair of top fives out of 108 starts!

This is not exactly a successful venture and with not much better results this year in a limited Nationwide series, Hornish’s stock days appear limited. 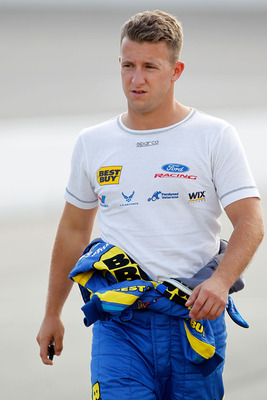 AJ Allmendinger came from the open wheel ranks of Formula Atlantic and Barber Dodge where he took wins in titles in both before winning five times among the Champ Car (IndyCar) set.

The young driver then moved over to NASCAR where he’s driven for Red Bull and Petty Enterprises with improving results, read a few top tens, yet no wins have come close to reality. 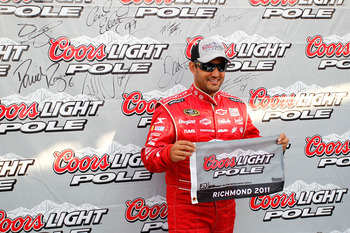 The ex-open wheeler has managed to capture several pole position while competing in NASCAR.Jeff Zelevansky/Getty Images

Columbian driver Juan Pablo Montoya comes from the open wheel ranks of Indy Car and Formula One competition where he nailed down seven wins in Europe.

Prior to that venture, the young driver showed his talents by winning the F3000 series, the 1999 CART Champion along with winning the 2000 Indy 500.

Once he decided to hang up his open wheel helmet, Montoya entered the stock car ranks with Chip Ganassi as owner.

So far, over the past four years, he has put together two wins on NASCAR Sprint Cup road courses and one Nationwide road course win in Mexico after punting his teammate Scott Pruett out of the way to gain the trophy.

The often tumultuous driver can grab an occasional pole, but still struggles with the ovals. 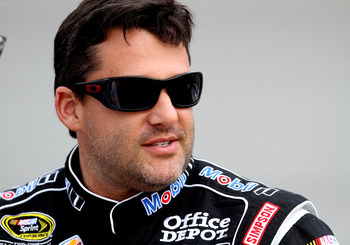 Tony Stewart can still get the job done on most any day.Jerry Markland/Getty Images

Indiana native Tony Stewart cut his teeth in the open wheel ranks of USAC where he claimed the 1995 triple crown title in midgets, sprints and Silver Crown cars.

He then followed that path to the open wheel ranks of Indy Cars where he claimed the 1997 IRL title.

He then ventured into the stock car world where he has put together an impressive array of accolades including two NASCAR Sprint Cup titles along with 39 wins.

Throw in 10 wins in the Nationwide series alongside two wins in the truck series proves this is a talented open wheeler turned stock car pilot. 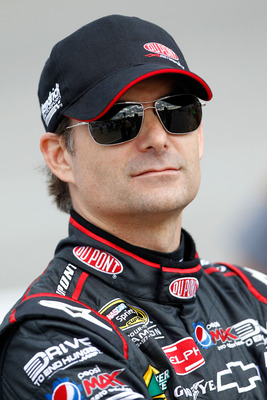 Jeff Gordon will more than likely go down in history as one of the best NASCAR drivers in history.Chris Graythen/Getty Images

Jeff Gordon started racing stock cars in 1991 after taking the USAC triple crown title the previous year and that‘s after winning some 400 go-kart races as a young kid that started racing at age four!

Gordon has won the Daytona 500 more than once and captured wins on all but two tracks on the current circuit.

His record of wins, poles, starts etc is one of the best all-time. 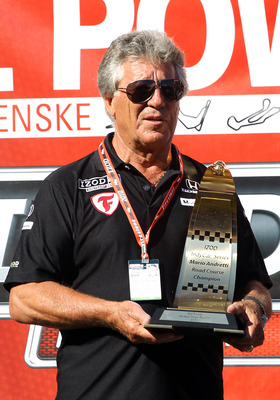 Needing more racing time, he crossed the ocean between America and Europe where he won the 1978 Formula One title. Not happy with Indy Cars and F-1, Mario often ventured into sports car racing such as the 12 Hours of Sebring which he won three times.

Along the way, Andretti had to give stock car racing a shot where he won the 1967 Daytona 500. His 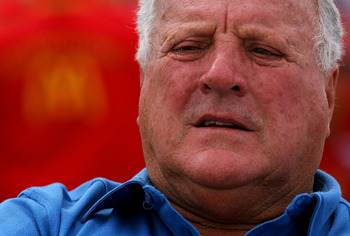 Super Tex A J Foyt started racing in anything with four wheels in the 1950's, but mostly midgets and sprint cars whether on dirt or pavement.

He became a four time Indy 500 champ, while only needing 10 races to win his first NASCAR race, the Firecracker 400 in Daytona in 1964.

While he never finished in the top 10 in points, he never ran a complete season bouncing from series to series with amazing results.

Foyt drove in the Indianapolis 500 for 35 consecutive years, winning it four times (the first of only three to do so).

Foyt is the only driver to win the Indy 500 in both front and rear-engined cars, winning twice with both configurations.

He is the only person to record victories in the 24 Hours of Le Mans and the Indianapolis 500 the same year (1967).

He has won 12 total major driving championships in various categories.

His USAC wins tally is a record 138

He has won 12 total major driving championships in various categories.

Foyt won 7 NASCAR races all together.