The 10 Best Foreign Footballers in the English Premier League 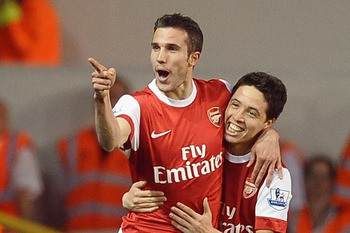 At the start of the 2009-10 season, that was the ratio of foreign-to-British-born footballers playing for what is currently the Top Four teams in the EPL.

In comparison, in 1989-90 less than 10 percent of the first-team squads of these clubs—Arsenal, Chelsea, Manchester City and Manchester United—were born outside of the UK.

Where now, millions of fans can watch exciting superstars such as Cesc Fabregas, Fernando Torres, Carlos Tevez and Luis Nani on a weekly basis, 20 years ago the more modest names of Niall Quinn, Tony Dorigo, David Oldfield and Bruce Gobelaar were about as exotic as it got for top-tier English football fans.

Of course, when billions of pounds of private investment and television sponsorship money and exponential technological advances are brought into the equation, it is easier to understand why some bright young English players such as Kieron Gibbs at Arsenal and Tom Huddlestone at Tottenham Hotspur sometimes struggle for playing time.

While some so-called football purists will complain about the influx of foreign ''mercenaries,'' a pejorative term designating an outsider who has entered into a situation on the promise of disproportionate personal gain with little interest in the success of his companions, there is little doubt that many of these outsiders have attained legendary status with supporters, and some continue to light up often fractious fragmented matches with moments of sublime intelligence and skill.

In the following video slideshow, I rank the 10 best foreign footballers—in this instance footballers born outside of the UK and Ireland—based loosely on the below criteria:

1. Consistency of performance at a high level

3. Impact of their ability on their team

Let me know if I have been generous or made any glaring omissions!

Perhaps a choice which is neither automatic nor immediately obvious, but bear in mind that a big problem for clubs with West Bromwich Albion's lack of financial clout is the search for a forward who can score many vital goals but does not come with a price tag with too many zeros on the end.

29 year-old Nigerian forward Odemwingie, who had previously proven his goal-scoring abilities with stints in Belgian, French and Russian football, has taken off in the his debut season for the Baggies with 14 league goals which could be the difference between the Midlanders staying up or going down this year.

His pace and eye for goal means that his team-mates can more easily afford to sit back and soak up some of the pressure imposed on them by players with more quality on the ball, safe in the knowledge that Odemwingie provides a lively and threatening apex in a counter-attacking situation.

Sadly, attacking players are often unfairly favoured in these slideshows, but there is no question of the inclusion of Manchester City's 25-year-old Belgian centre-half being a token gesture.

Ranked as the 18th-best player in the Premier League season by Actim Index, an EA Sports performance calculator which the league endorses, Kompany has played a pivotal role in City's fine season.

His team has the highest proportion of clean sheets in the entire league, with a shutout ratio of 45.4 percent, and, as the above video shows, Kompany has a knack for pulling out all of the stops in the big matches—whether through his intelligent interceptions, timing in the tackle or aerial presence.

With many years still to play at a high level, Kompany could be set for a dizzying career at Eastlands.

Away from the blue half of Manchester, cynicism was rife in the British press and public arena following the big-money move of Gnegneri Toure Yaya from world champions Barcelona to England.

Much was made, quite reasonably, of his proposed record weekly wage of more than $300,000, while some also asked why he was leaving a world-renowned club at its apogee of its power for a team in the Europa League.

Nevertheless, the move has worked out well with City looking set for Champions League football for the first time and Yaya, younger brother of teammate Kolo, at the heart of much of the team's success.

The 23-year-old French winger, Nasri, has only really hit his stride this season, despite joining Arsenal back in 2004 from Marseille.

Despite the disappointment of another season without a trophy, Gunners fans must surely be drooling at the mouth thinking back to some of the goals and performances of their best player, and looking forward to a future inspired by his creativity and Gallic flair.

The No. 8 has 15 goals from 44 appearances in all competitions this season and drove the team on in the prolonged absence of goal machine Robin Van Persie.

When the drama of transfer deadline day back in January enveloped Anfield, it will only have been the most appreciative and observant of Reds supporters who realised that, while Torres was always replaceable—especially by the two fantastic young players brought in—the unsung Dutch hero of the Kop may not be.

For when Gerrard was playing musical chairs, managers came and went and the form of his teammates fluctuated on a weekly basis between poor and mediocre, Kuyt was the only Liverpool footballer who was achieving excellence consistently.

Not a flash player by any stretch of the imagination, the blond Dutchman is better known for his commitment and work-rate, and it should not go unnoticed (not here anyway) that he is rated by the Actim Index as the league's fifth-best player this year.

Add to that 13 goals in 37 appearances, including a momentous hat-trick against rivals Man Utd. at Anfield last month, and there is every reason to consider Kuyt as the best Dutch footballer in England.

Unlike Kuyt, Manchester City's Argentinian forward, Carlos Tevez, is never away from the limelight for long.

Aside from his controversial move across Manchester, he has recently suggested that he has considered retiring from football already because he is unsatisfied with his circumstances.

But 22 goals this season suggest that, even though his heart occasionally leads him astray, he still has the mental sharpness and physicality required to lead the line for City with aplomb.

The league would be worse for the departure of such an exciting and influential talent.

Things have not always gone to plan this year at Stamford Bridge.

Following their supreme, goal-laden romp to the title last year, Chelsea have played with too many nerves and not enough self-belief this year.

Despite this, one success story has been the emergence of French left-winger Florent Malouda as a world-class footballer.

Top scorer for the Blues in the league, Malouda stormed out of the blocks at the end of last year and has an impressive 14 goals to his name in total. Interestingly, Actim Index ranks him as comfortably the best footballer in England this year.

Firstly, let me offer my sincere apologies for yet another dodgy Europop soundtrack to a video which nevertheless highlights well the often subtle and varied talents of, the Bulgarian hitman, Berbatov.

Despite adapting slowly to life at Old Trafford, ''The Berb'' has a sensational 21 goals in 29 league matches and has outshone his more famous and expensive counterpart, Wayne Rooney.

His role as chief goalscorer and ball-holder is crucial to United, who often rely as much on their defensive sturdiness as their attacking prowess to win games.

In Didier Drogba's case, the stats really do speak for themselves:

1. Numerous personal accolades, including African and Chelsea Player of the Year

4. 95 league goals in seven years for the Blues

Perhaps not a popular choice as a No. 1 in this type of article, but Serbian defender Nemanja Vidic has been a colossus for soon-to-be-crowned league champions Manchester United this year and over the past 2006 move from Spartak Moscow.

Over the course of 157 league appearances, Vidic has been integral to his team winning the following competitions: Three league titles, League Cups and Charity Shields, one Champions League title and World Club Cup triumph.

The tall centre-back has also won numerous personal awards: Four inclusions in the Premier League Team of the Year and Player of the Year two years ago.

As the almost ever-present rock at the heart of a sometimes impregnable United defence (at least, one which has only been breached nine times at Old Trafford and three times in 10 Champions League encounters), he is in my opinion the best foreign player currently gracing the Premier League. 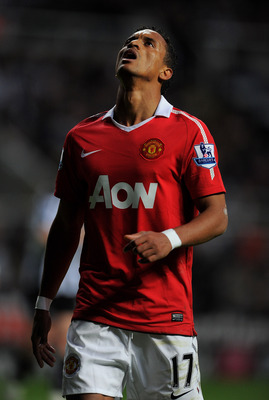