Seattle Sounders Have the Best Fans in American Pro Sports 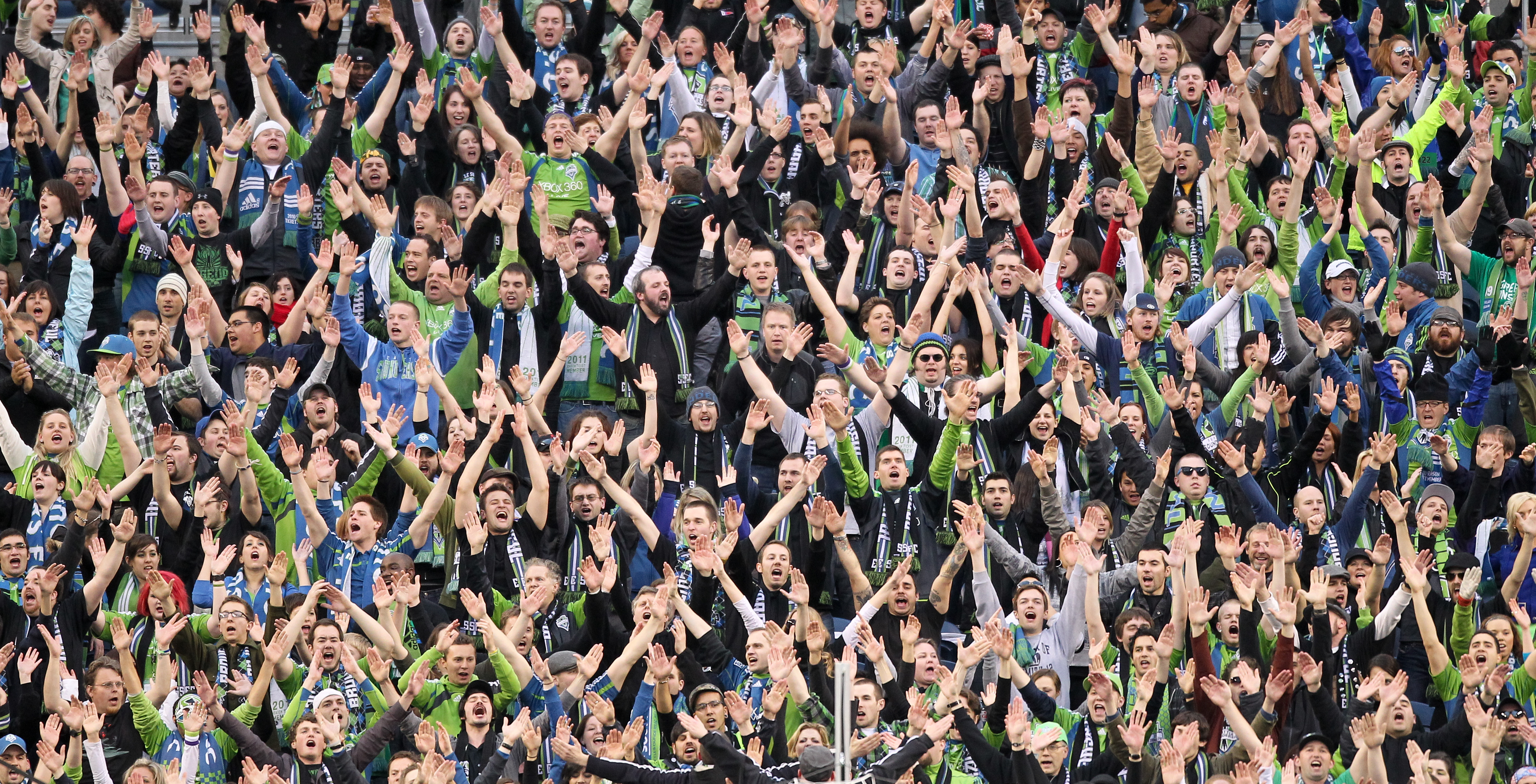 Call me crazy, but I think the best fans in a professional American sport are up in the Emerald City, and they're not rooting for the Seahawks.

Well, I am sure they root for the Seahawks too, but these fans are out on the streets from March through November, marching to Qwest Field to root for one of the newest clubs in Major League Soccer.

That's right. A soccer team has the best fans in the United States of America.

The club was founded in 2008 and made its debut in MLS in 2009. From the word go, the Sounders have demonstrated the best support of any team in American sports.

Other teams in other leagues have great fans, but these fans are going hours before the game to intimidate the opponent from pregame through the final whistle, and they are making it nearly impossible to take points in the Northwest.

Here is a look into the fans known as the Emerald City Supporters.

Before the Match: Here Comes the ECS!

Here's one way to get people riled up for a game.

The ECS actually marches to the stadium.

It's a parade of sorts on match day in Seattle. The ECS joins up and marches to Qwest field with drums sounding and hundreds to thousands of fans singing and cheering.

This is quite a sight and must be even more enjoyable to be a part of.

Pregame: Get Pumped Up!

Sounders fans like a little pump up before the game.

Can't think of a better way than with a little boom, boom, clap!

From this video, you can see probably more fans than many non-soccer fans would expect to see at a game. The thing is, that's not even a quarter of the stadium in the background.

This is the whole stadium basically doing this together. Sounders fans are a unit and very energetic.

This was the whole stadium during a midseason game when Chicago came to town. It was not necessarily a very critical game but they sold out the stadium, as always.

And just in case anybody forgot who the home team was, the fans reminded them.

We Don't Sit, We Don't Shut Up

If you go to Qwest Field, be prepared for some noise.

This is one of the cheers they do regularly during a match. I love this simply because of the amount of people taking part, making sort of a wave jumping up and down like that, which leads to another favorite...

This is purely awesome.

One section jumps up, does its thing, sings: "Eternal Blue Forever Green Sounders Til I Die, Hey!" and sits down. At that time, the other section gets up and does the same thing. They repeat several times.

I have never seen anything like that at any stadium in any other sport.

Seattle Loves Its Team and Won't Stop Singing About It

With most teams fans, its a simple "let's go _______," every now and again to let them know they are rooting for them.

Seattle fans, they do not shut up and it's normally by singing...a lot of it.

They let their team know how they feel.

A Taste of the Beatles at Qwest?

Seattle has their own version of "Yellow Submarine."

Yes, they do, and they go a capella.

Seattle likes to make its own words to songs to show even more support for the team. This is pretty clever.

The Call of True Loyalty

These fans are with the green and blue til death do them part.

It's pretty cool to see fans so into soccer like this. In the US, you would not have seen this even maybe five years ago. 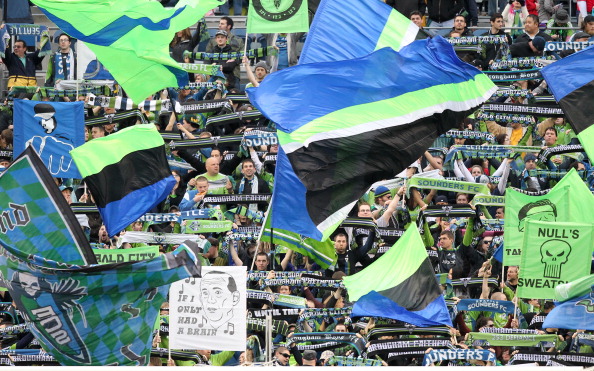 Seattle went above and beyond the league average, however.

The Rave Green averaged 36,173 fans per game in a stadium that was supposed to hold 35,700 for soccer. If more fanbases could get to this level, MLS would become a huge hit in America.

Until then, we can look to the Sounders as a glimmer of hope. 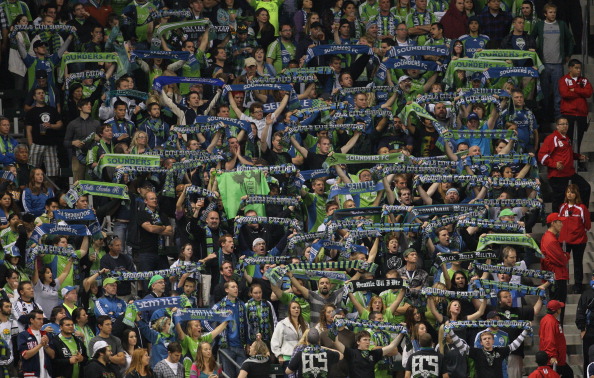 It's hard to give reasons as to why one fanbase in one sport is better than another in a different sport. Each sport is different.

Many fanbases are great and very hostile for opponents. In terms of excitement, intimidation, enthusiasm, and passion, however, I give the edge to Seattle Sounders FC and their fans all day.

It's funny to think that an MLS side could have the best fans in America, but it is the truth.

Watch a Sounders game on TV. You will be amazed at the noise protruding from the stadium.

A goal of every American sports fan should be to catch a game at Qwest Field, especially when they open all the seats for when big, European opponents head to Seattle.

I personally have never been, but it is at the top of my things-to-do list.