Jose Mourinho: 10 Mistakes the Special One Has Made as a Manager 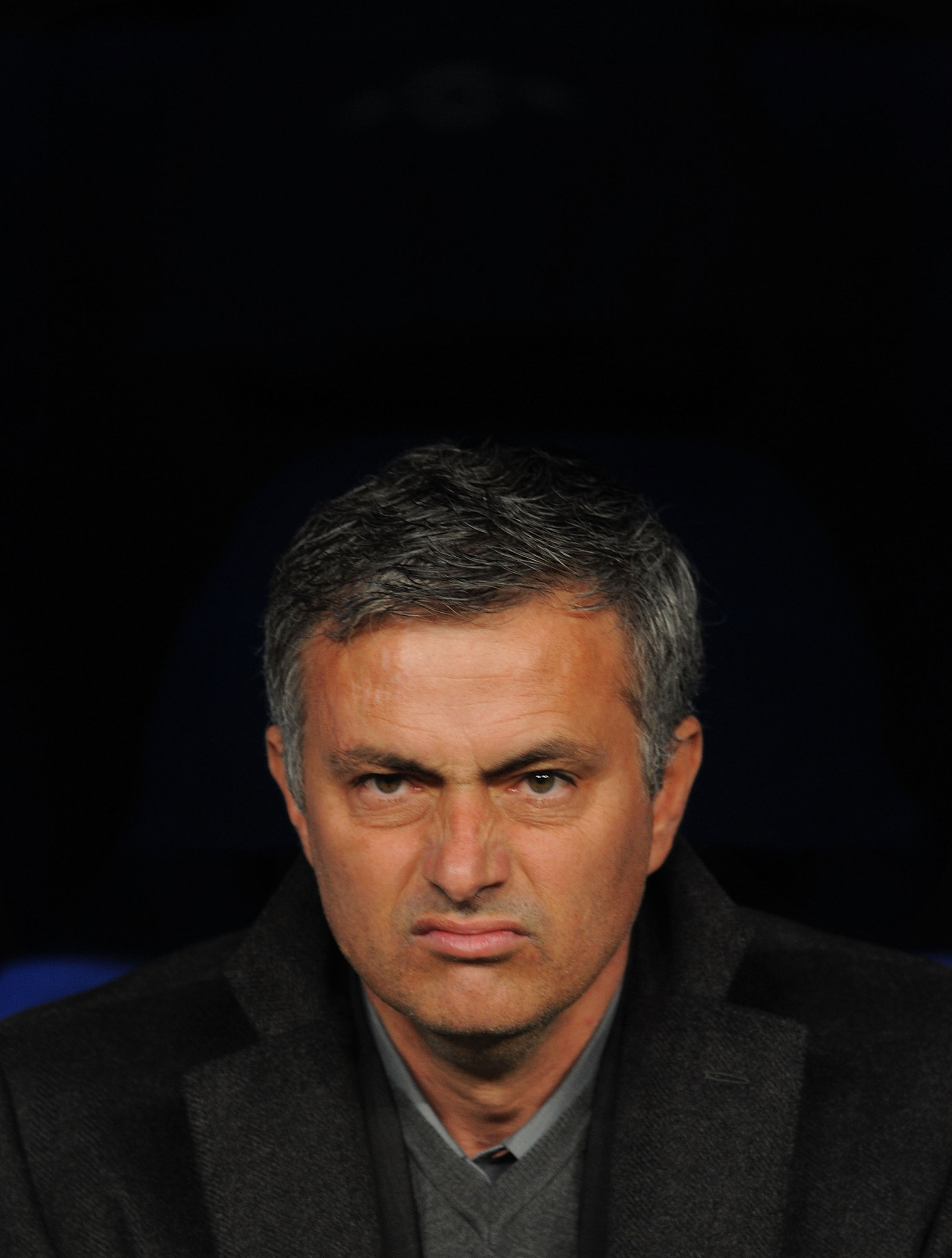 Jose Mourinho: cool, collected, suave and successful. Many see the now Real Madrid manager as a tactical genius, but others see him as an arrogant, egotistical big-head who makes his overly pampered players look shy and reasonable.

Regardless of your opinion on Mourinho as a person, you can't argue his prowess on the touchline. His unparalleled unbeaten record at home came to an end last week after going without a home defeat in a staggering 151 games, over nine years with four separate clubs, and with it, Real were virtually eliminated from the title race in La Liga.

Mourinho's team was undone at the Bernabeu and that prompted us to think of the other rare occasions in which the Special One has been made to look unusually average.

Personal: Calling Himself the Special One

Upon arriving in England, Mourinho hardly eased his way into the minds of the British media by giving the orthodox answers to the press' grilling questions.

In his first interview, Mourinho declared himself as "the Special One," and the media immediately fell in love with their new rock-star manager. However, he also lost a lot of credibility with the public and became more of a caricatured figure than a footballing mind to be taken seriously.

It's impossible to say what would've happened had Mourinho never made the statement, but it may well have helped the public's wider opinion of him. 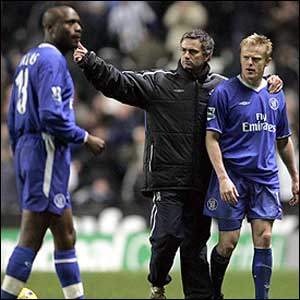 This was one of Mourinho's more clear mistakes in his career.

Chelsea were chasing an unprecedented quadruple and were facing Newcastle at St James' Park in the quarterfinals of the FA Cup.

With his side trailing 1-0 at the break, Mourinho went for broke making all three of his changes at halftime. However, the decision soon backfired as Wayne Bridge was stretchered off, Damien Duff was forced to play on through injury and Carlo Cudicini was sent off, leaving Chelsea with effectively eight men come the final whistle and a depleted squad as they crashed out of the Cup.

The dream season was over, and Mourinho had to settle for just the Premier League title as the season came to a climax. 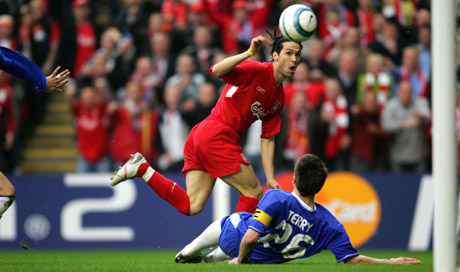 Mourinho may have been out of the FA Cup, but he had his eyes on a bigger goal, the Champions League.

Having already guided his Porto side to an unlikely European crown, the Chelsea boss was tasked with bringing the London side their first Champions League title and therefore going down as an immortal in Chelsea history.

However, the dream soon became a nightmare. Chelsea were unable to take advantage of their home advantage in the first leg and were then undone at Anfield as Liverpool went on to the final and completed one of the greatest comebacks in football history to take the Champions League. 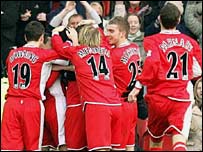 Chelsea would go on to retain their Premier League title in 2006, but this individual game was one to forget for Mourinho.

Chelsea went on to have the last laugh, but this was a terrible day for Mourinho.

If the Middlesborough defeat was disappointing, this was humiliation.

In the highlight fixture of the La Liga season, Mourinho's Real were completely dismantled by Pep Guardiola's Barca as they comprehensively handed Mourinho what is his current worst defeat as a manager.

Real were bamboozled by their great rivals, and Mourinho was left dejected and crushed. 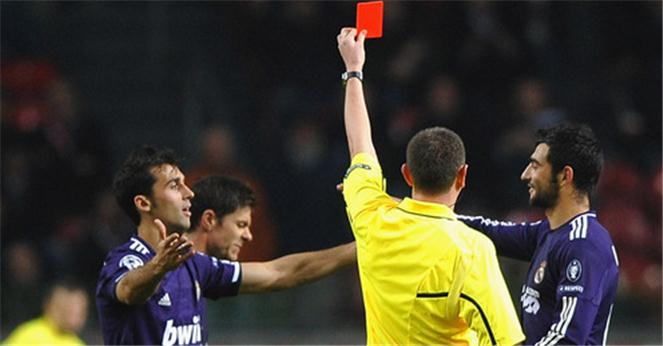 Many lost respect for Mourinho after this incident in which the Real boss told two of his players to get sent off and thus could serve their suspensions in the final, meaningless group game freeing them up for the knockout rounds.

You could call it a smart business-like move by Mourinho, but it was dishonest, against the rules and it lost the manager a lot of credibility. 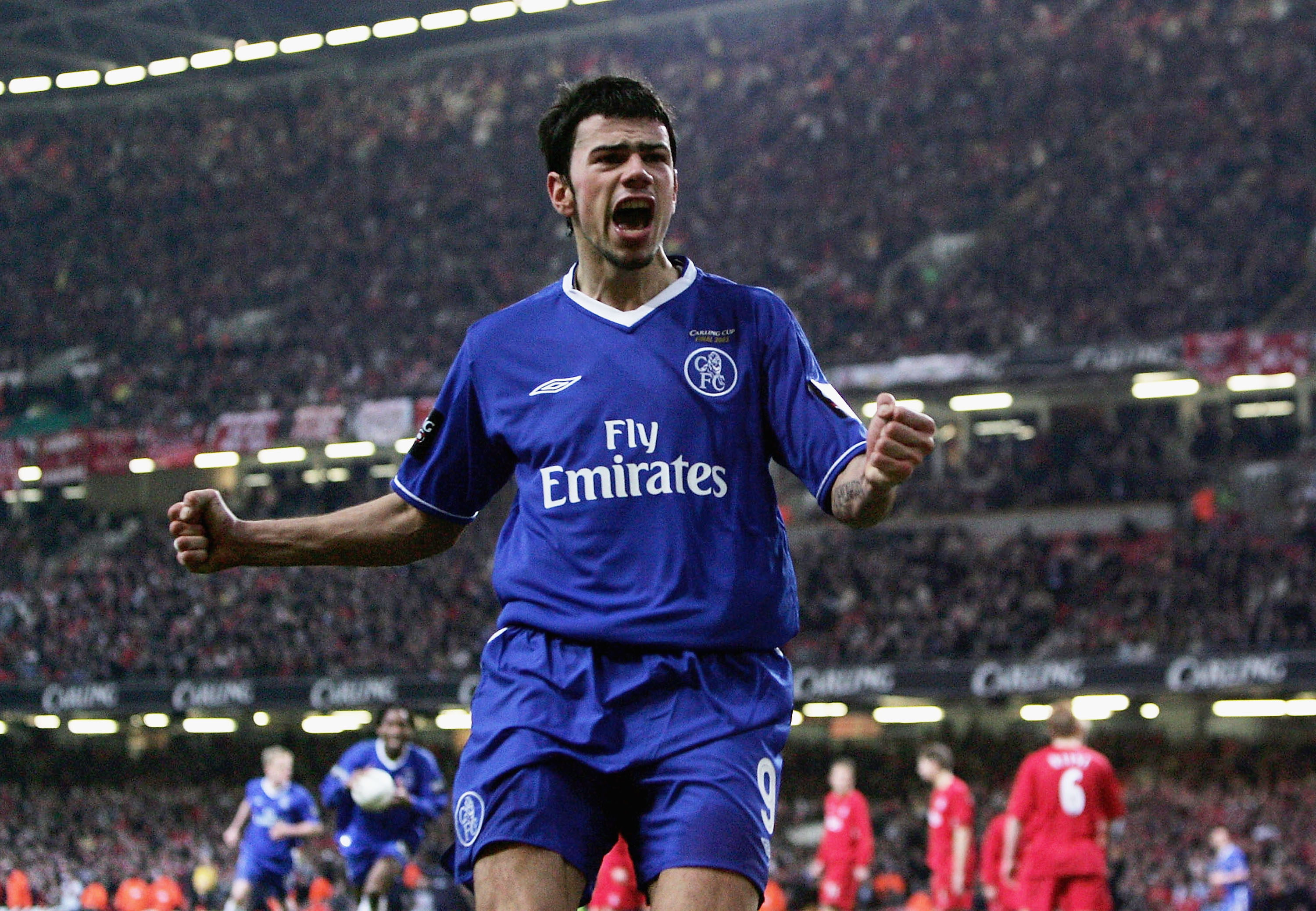 Famed for his ability to strike the ball harder and more powerfully than anyone else in football, Chelsea paid over £5m for the Serbian. The problem was that no matter how hard he could strike the ball, he could never hit the target.

Kezman played fewer than 30 games for Chelsea and was rushed out of the Stamford Bridge doors only a year after his signing. 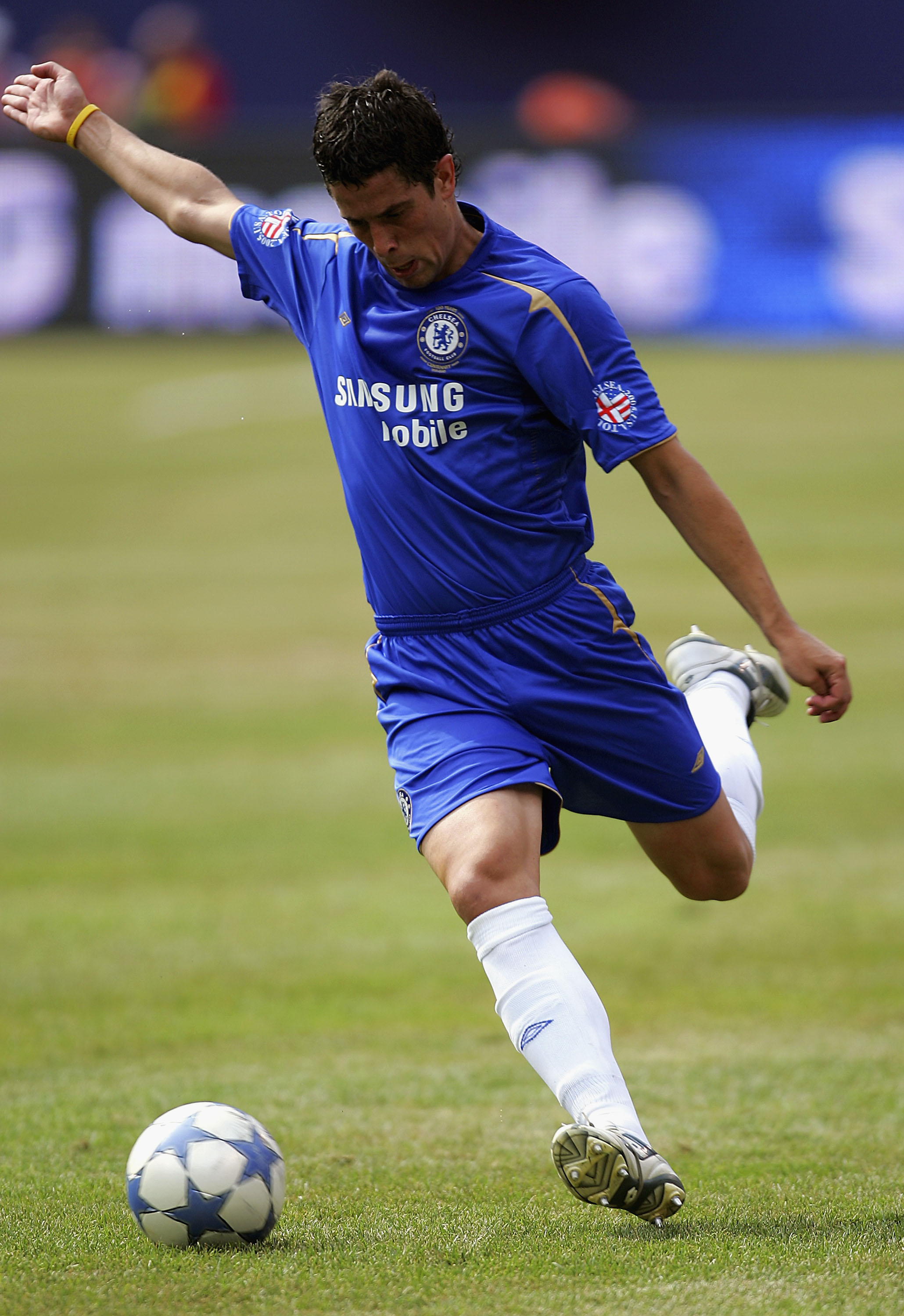 If £5m for Kezman was money badly spent, the £8m Chelsea spent on Asier Del Horno may well have been given to one of their closest rivals.

Del Horno was disastrous as a left back and was swiftly replaced by now Chelsea legend Ashley Cole in 2006. 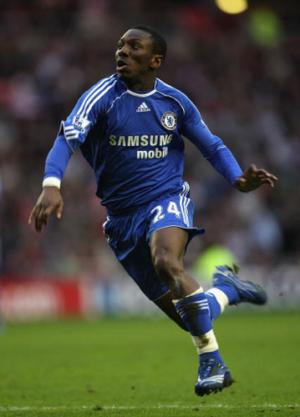 It's incredible to think that Chelsea paid Manchester City spent £21m on Wright-Philips in 2005.

The diminutive winger struggled to show he was worth the hefty price tag and his first-team opportunities were limited.

It's not often today you hear people say that Manchester City spend money efficiently but when they resigned Wright-Phillps for a mere £8.5m they made a £12.5m profit on one player in three years. 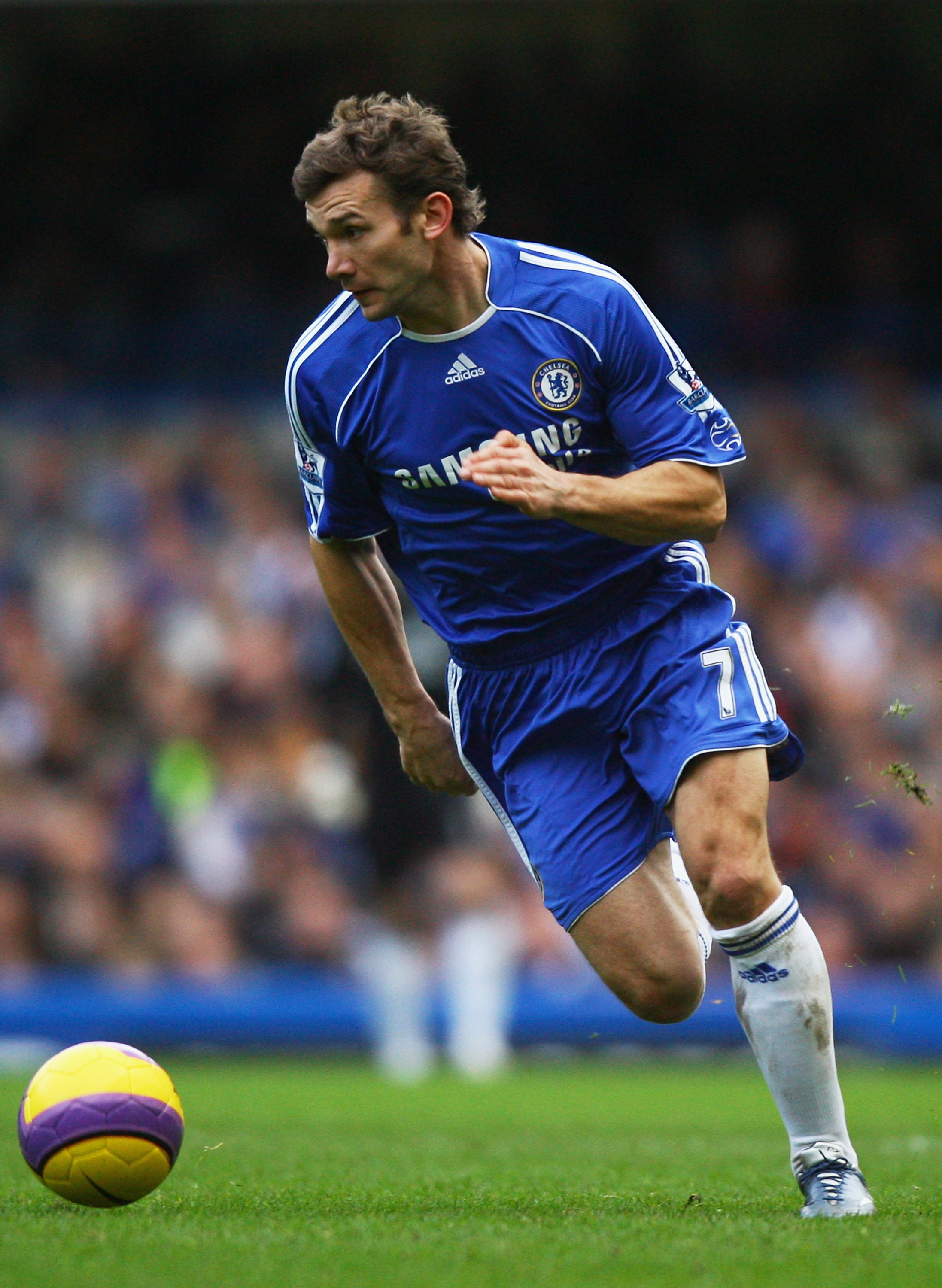 It pains me to say it as Shevchenko was one of my favourite players growing up, but his move to Chelsea was one of the worst in European football history.

Chelsea broke the bank and the British transfer record in signing the Ballon d'Or winning striker.

The only team that looked good after this deal however were Milan who snapped up over £30m for the Ukrainian who proved to be a flop in the Premier League.

It's questionable whether it was Mourinho or Roman Abramovich who was the architect behind the deal, but even so, this was a terrible decision.