TNA Against All Odds 2011 PPV Results 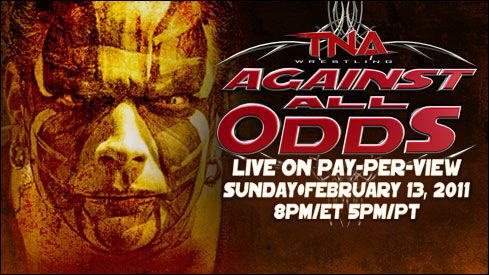 February 13, TNA Against All Odds.

Against All Odds is over and done with. Next TNA Pay-Per-View coming is Victory Road held on March 13.

This past Pay-Per-View had some high points and low points.

There were eight matches at Against All Odds and we witnessed new champions being crowned.

Here are the results. 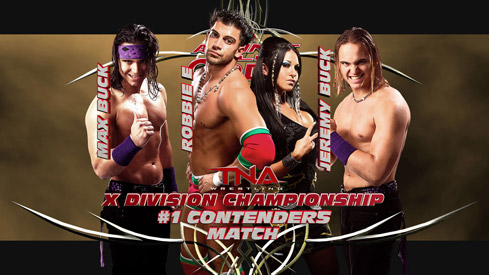 Robbie E. won this bout by double countout. Max and Jeremy Buck were counted out and Robbie E. became the new No. 1 contender for the X-Division Title!

Due to travel issues, Max and Jeremy Buck didn't make it to Against All Odds, so Robbie E. won by forfeit.

Robbie and Cookie were celebrating and getting ready to leave when Kazarian came out.

Kaz wouldn't have this. They make it an X-Division title match right there and then!

Kazarian vs. Robbie E. for the X-Division title!

Kazarian pretty much owned Robbie E. the whole match. Kaz picked up the win with his reverse piledriver finisher. 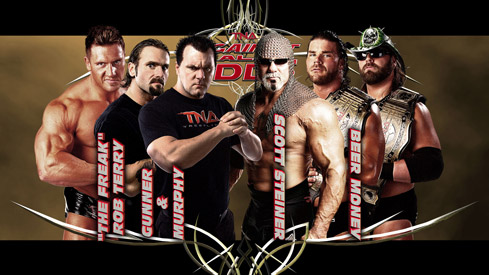 This match was nothing too special. It was the in-ring return of "Big Poppa Pump" Scott Steiner. From what I've heard, he was in better shape than when he left TNA.

The end of the match had all hell break loose, with everyone running around and beating each other up.

The match ended when Scott Steiner got a three-count on "The Freak" Rob Terry, after hitting a Frankensteiner off the top rope! 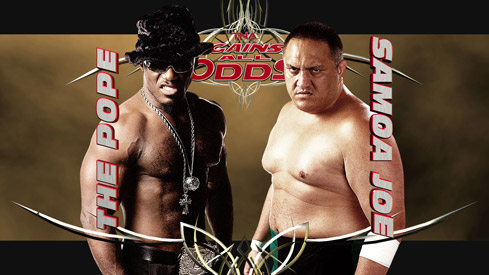 One of my most anticipated matches of the night.

During the match, The Pope tried to flee the iMPACT! Zone. Surprised? Thankfully Okada was there to keep Pope in the match. (My prediction was correct again!)

The Pope got the quick advantage but Joe fought back.

Joe put Pope in a submission hold and Pope quickly tapped out.

After the match Pope went face-to-face and extended a hand to Joe. Joe declined, but Pope tried again. Joe slapped Pope's hand away and Pope didn't like that.

Pope opened a whole can of whoop ass on Samoa Joe! He threw Joe into an exposed turnbuckle and hit his DDE finisher and busted Joe open. 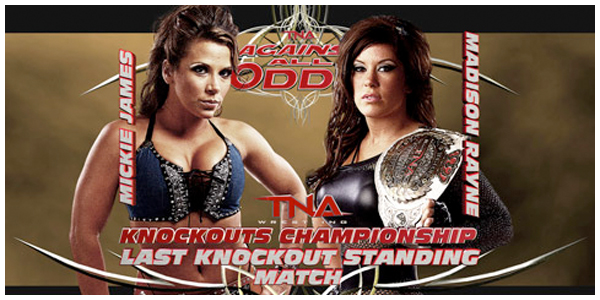 I predicted the loaded glove to be a major part of this match and it was.

Madison didn't use it, but Mickie couldn't keep her hands off of it!

Mickie James chased Madison around the ring, grabbing at the glove and trying to rip it off. After a couple of tries, Mickie finally had the glove off Madison's hand.

Tara ran down the ramp and distracted the referee allowing Madison to take out a pair of brass knuckles and hit the KO punch on Mickie to retain the KO title. 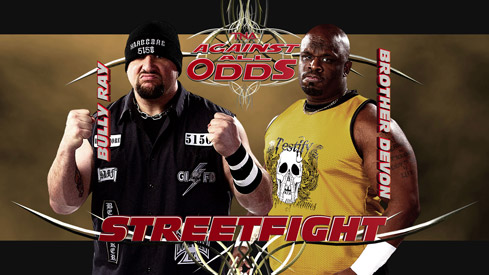 Due to the actions of Bully Ray, it is likely this feud will continue at Victory Road.

The match was set to be a three-on--one handicap match. Devon and his two sons vs. Bully Ray. Devon didn't want to put his sons in harm's way and told them not to help him. His sons unhappily agreed.

However, Devon's sons did help. They came out and helped set up Devon for his "What's up?" diving headbutt. Bully Ray got the upperhand after a while and just so happened to have a set of handcuffs on him.

Devon's sons left the ring to, "Get the tables!" and Ray handcuffed Devon to the rope.

Bully Ray got an easy win after a big boot to one of Devon's sons. It didn't end there, however.

Bully Ray took Devon's other son and powerbombed him through the table.

After the match, medics came to check on Devon's son. 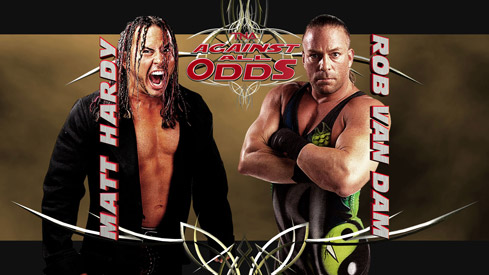 I read that this match was pretty good. TNA gave it a good amount of time and clean result.

In my prediction slideshow, I said Matt Hardy would be kicked in the face a couple of times then take a Frog Splash. Matt did, but he put up a fight.

The two traded offense in the beginning, but it was RVD who got the win.

Not much to talk about. Just a Frog Splash and a three count.

Hopefully their little feud is over and RVD gets Jeff Hardy. 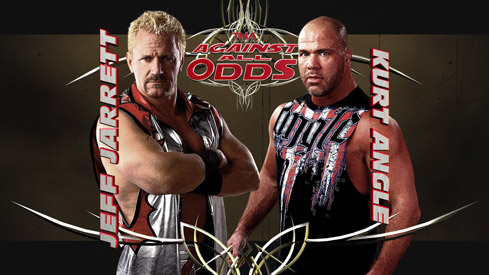 These two bitter enemies held nothing back at Against All Odds.

If Kurt won, he got custody of his kids. If Jarrett won, Kurt had to walk Karen down the aisle on March 3, when the Jarretts renew their wedding vows on Impact.

This match had back-and-forth action and Karen involved during some points.

There were a lot of near falls, too. This match could have gone either way. Kurt, at one point made Jeff Jarrett tap out, but the referee was knocked out.

The match ended with Karen sliding a chair to Jarrett and Jeff nailed Kurt over the head for the three.

After the match, Angle took his boots off and left them in the ring. Taz said that means Kurt is done. 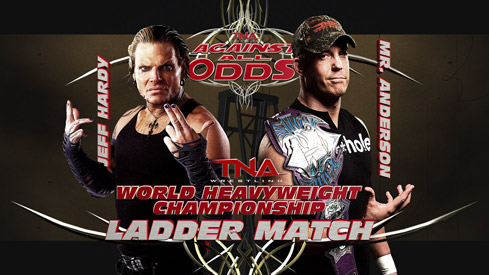 This match was a very close World Title match. It had both competitors battling on two ladders near inches from the belt.

Anderson and Jeff were both crashing into, onto and off of ladders. The two went back and forth the whole match.

The match could have gone either way. There was no interference by Immortal or Fortune during the whole match. No Bischoff or anyone. Good.

Two ladders were standing next to each other. Hardy on one, Anderson on the other. Hardy went for a Twist of Hate off the ladders but to no avail.

I told you so. 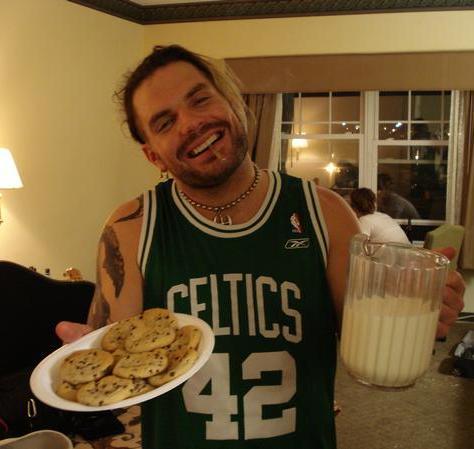 (Pictured) How the Hardy's party! Jeff celebrates winning the TNA World Heavyweight Championship.  Jeff going hard on the cookies and milk! Who can blame him? Those cookies look delicious.

You're probably asking, "Why? Why did TNA give the belt back to Jeff Hardy?!" To make the Immortal vs. Fortune storyline about holding all the power in TNA. The final straw between Fortune and Immortal will be AJ Styles vs. Jeff Hardy TNA World Title Match.

Jeff Hardy's next court date is this Wednesday.

Triple H was named the "Most Overrated Wrestler of All Time" --- LOL!

There is a whole list. Top 25 most Overrated Wrestlers of all time. The IWC golden boy is on it. Christian!

Anyways what do you Bleachers think of TNA Against All Odds?