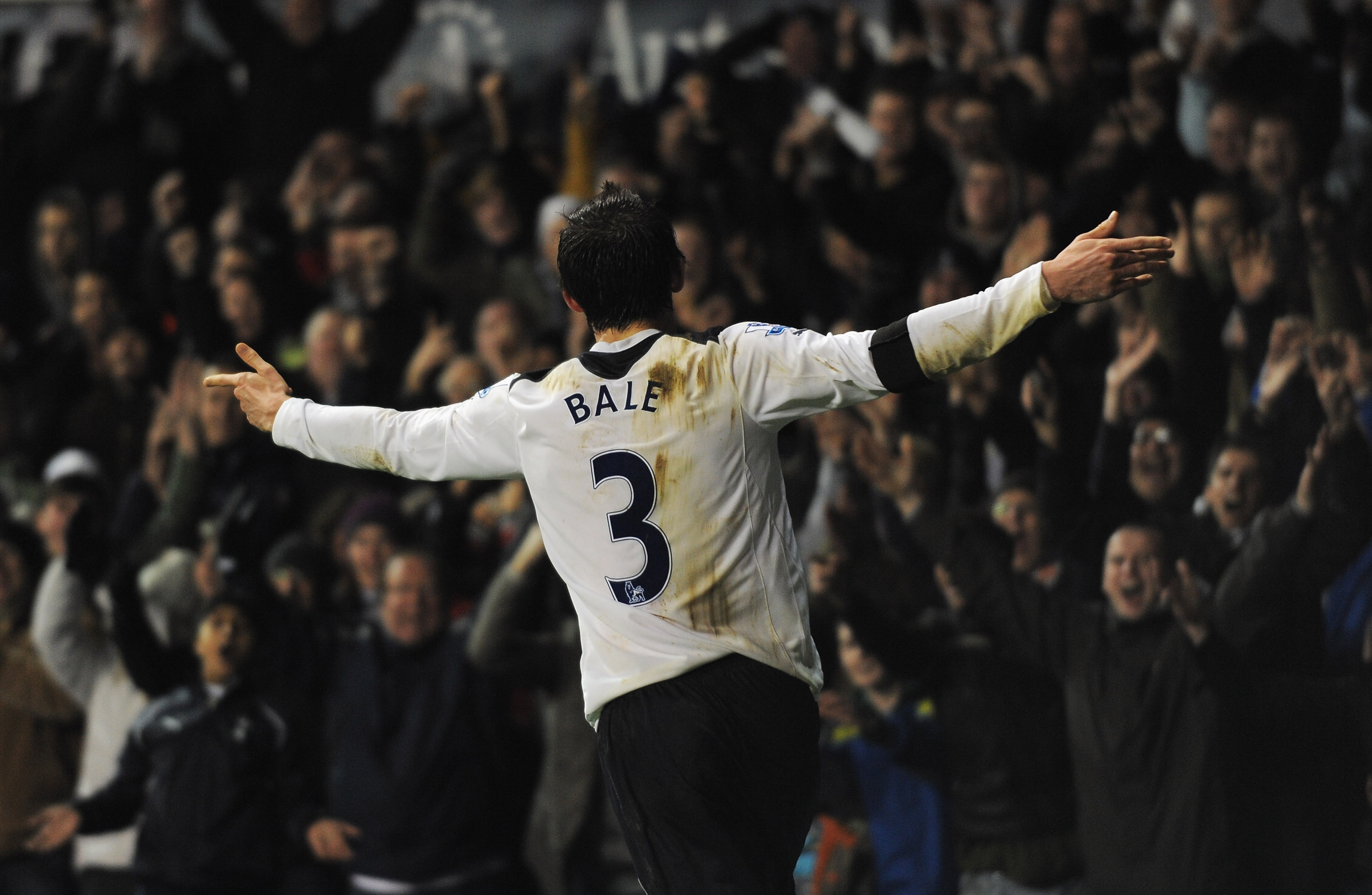 In left-winger Gareth Bale, Tottenham Hotspur is sitting on one of the biggest potential gold mines in the English Premier League.

Real Madrid is rumored to have made a startling £100m bid for Bale and Modric, £70m of which would be for the young Welsh sensation.

Should Spurs take the bait? 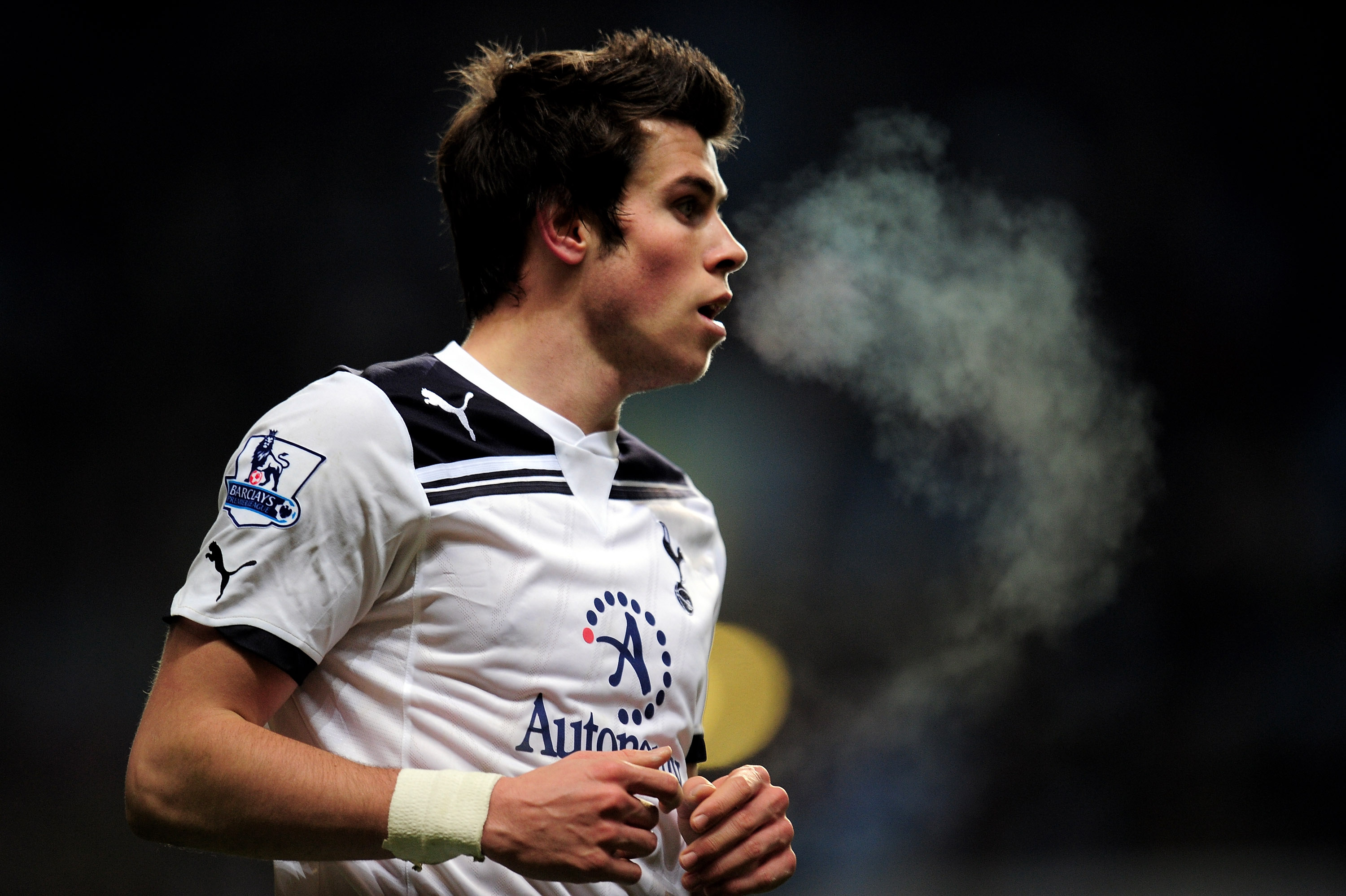 Frankly, Bale isn't worth the rumored £70m that Real Madrid is willing to pay for him.

The Welsh sensation’s value has skyrocketed in the 2010-11 season on account of his high visibility and great form, but he isn't a player with the talents of a Ronaldo or Messi.

Selling Bale for £70m could fetch Tottenham a replacement winger and a world-class talent like Diego Forlan. 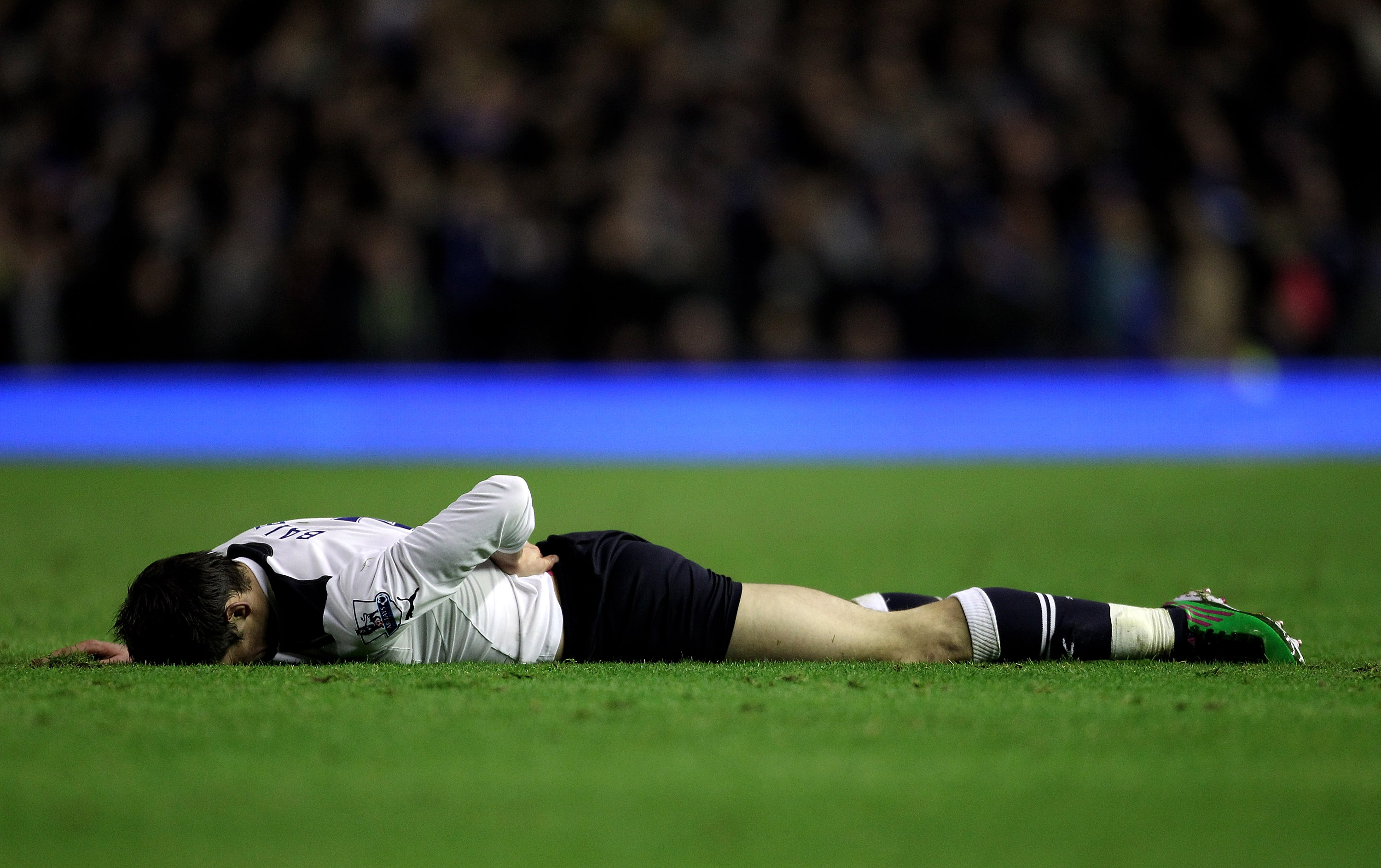 At only 21, Bale may require back surgery.

He missed eight weeks in 2009 for knee surgery. That’s not a good track record for a player that Tottenham is basing its future on. Spurs and Redknapp should take advantage of Bale mania and get the winger off their hands before he becomes a burden. 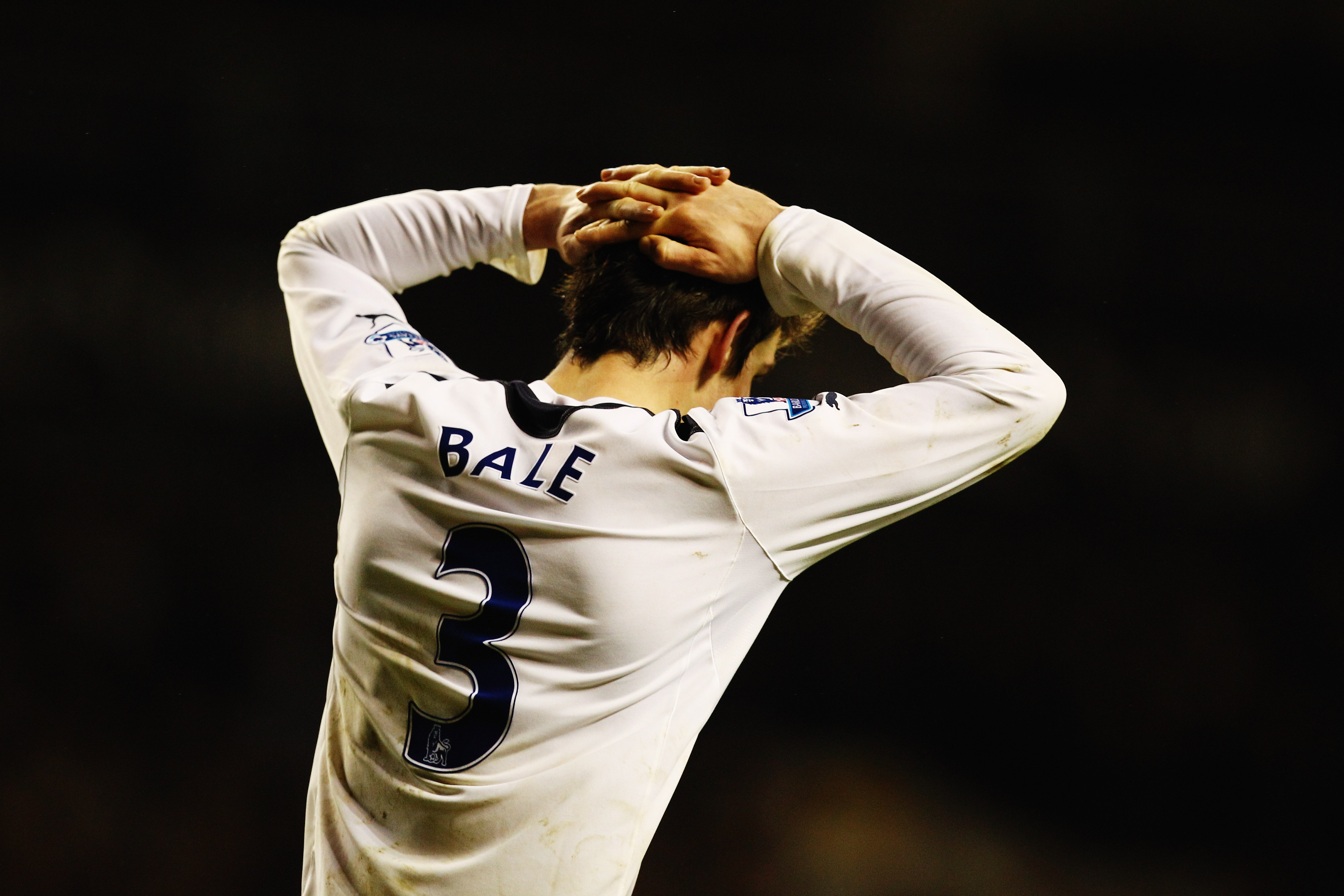 Bale may well be at the peak of his value right now. If he undergoes back surgery after the 2010-11 season, there’s no telling whether he’ll return to top form afterwards.

Worst case scenario: Tottenham will be stuck with a mediocre player that other clubs are wary to buy. Spurs would do itself well to sell Bale to Mourinho and company for £70m and laugh all the way to the bank. 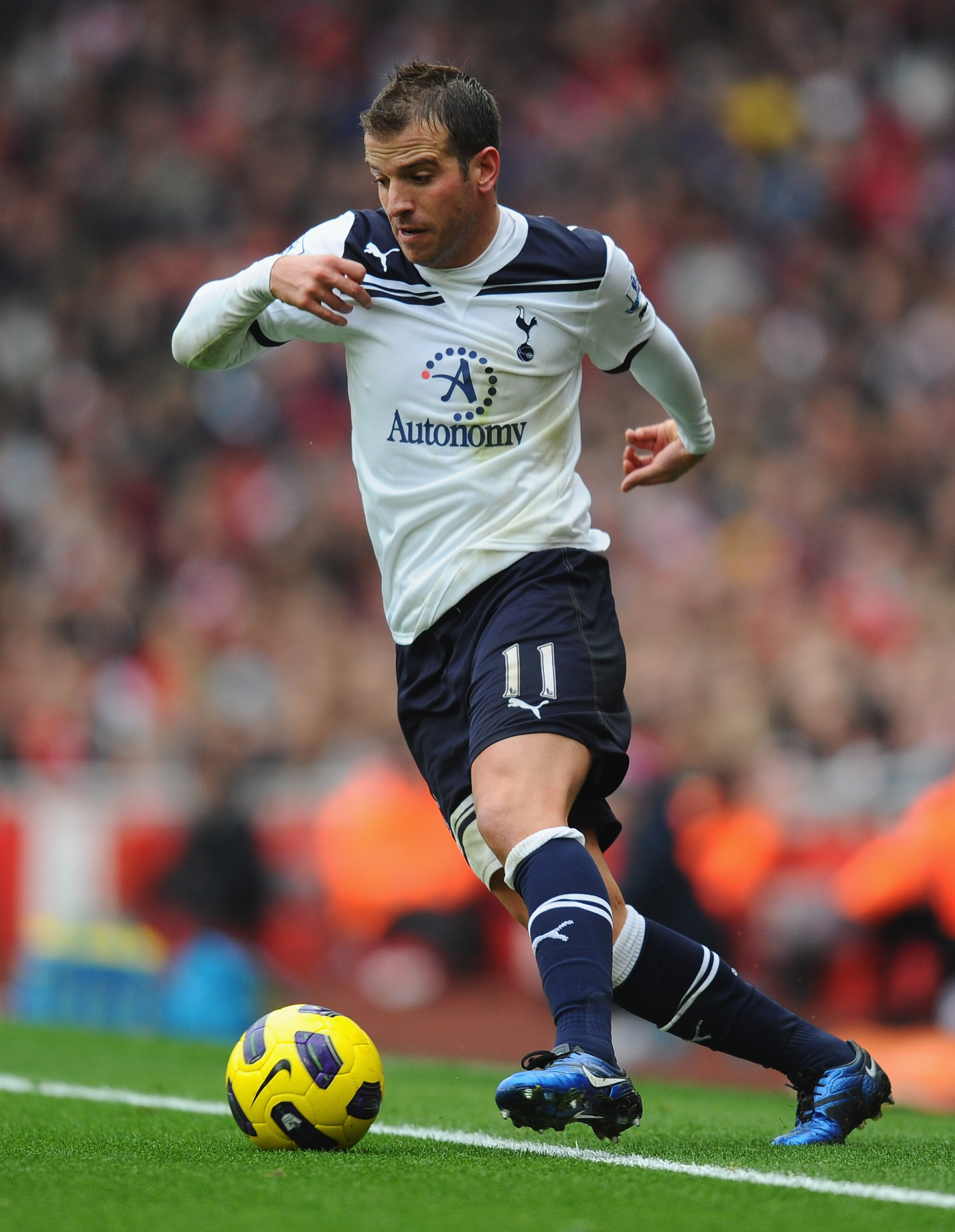 Who needs Bale when you have Rafael Van Der Vaart?

In his 17 starts for Spurs this season, the Dutch sensation has nine goals and six assists. Bale has seven goals and three assists in 23 starts. All told, Van Der Vaart has contributed directly to 15 goals and Bale to 10, and the Dutchman has six less games under his belt.

Tottenham should sell Bale, move Van Der Vaart deeper into the midfield alongside Modric, move Pienaar to the wing, drop Pavlyuchenko to attacking midfielder and use the money from the Bale sale to purchase a world-class striker and a new left-back/winger.

The Talent Factor: Bale Doesn't Have Enough of It 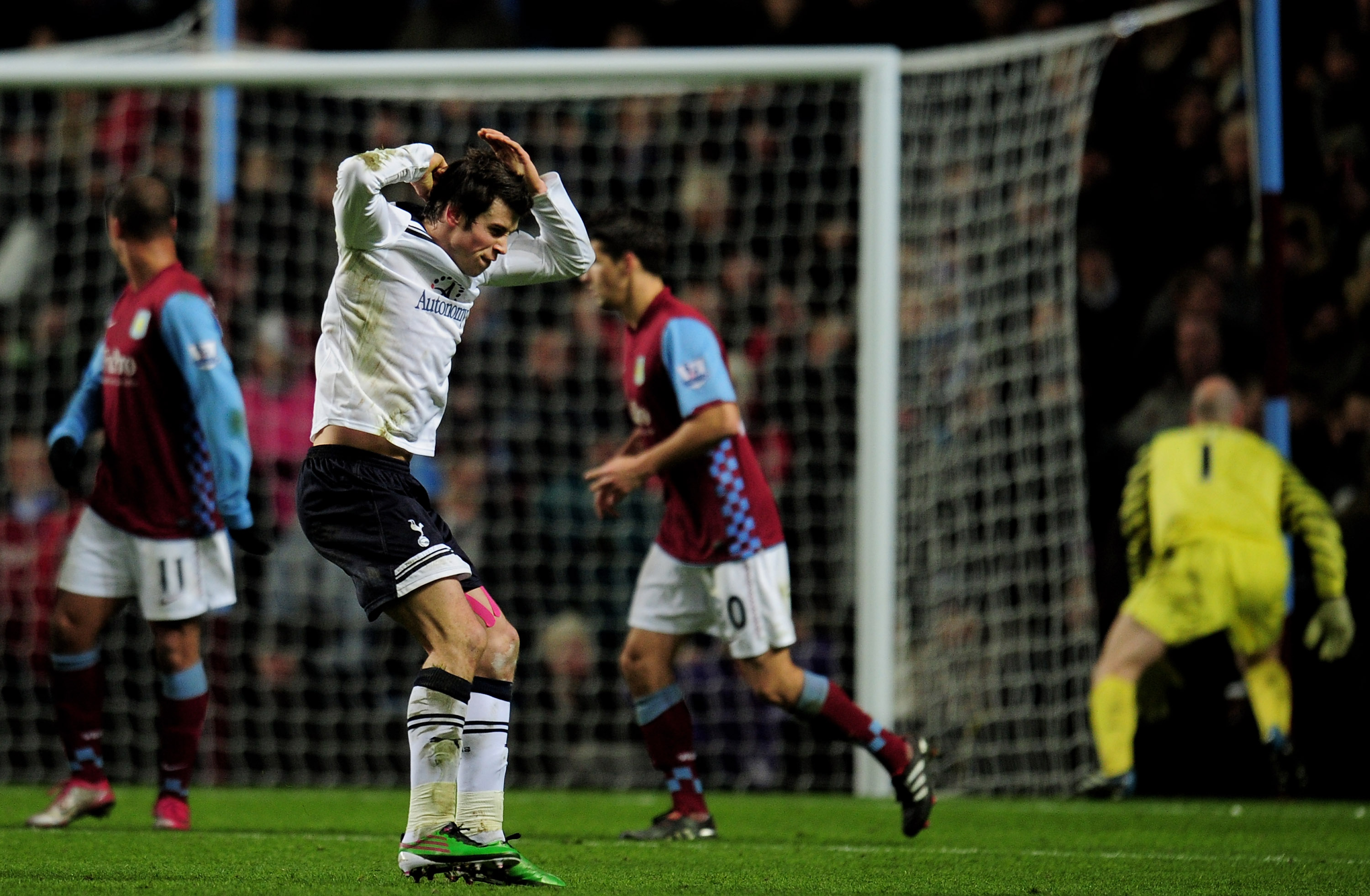 Spurs fans might not want to hear it, but in many ways, it’s true. Ashley Cole and Leighton Baines are both just as good, if not better, than Bale in the left-back position and could easily adapt to play winger with the pace, crossing and goal-scoring ability they have shown.

As for pure left-wingers, there’s Arjen Robben, Nani and David Silva, to name a few, all of whom could surely be had for significantly less than £70m.

The Talent Factor: Developing Bale as a Player 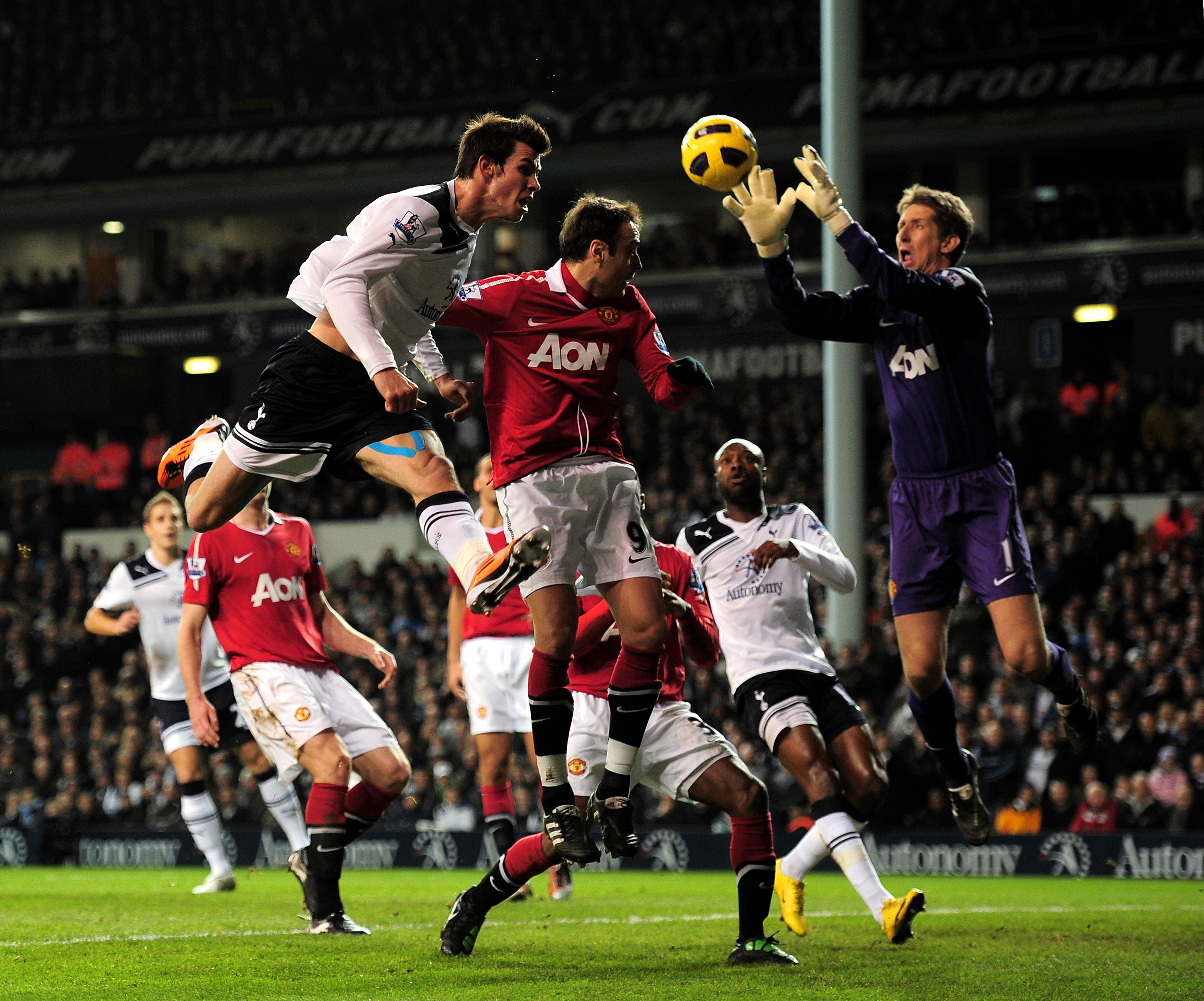 Bale might not be the best left-winger or left-back in the world right now, but he’s only 21. If Tottenham can keep him and develop his talent, he may well be an all-time great. He also works incredibly well with Spurs teammates Van Der Vaart, Crouch, Defoe and Modric.

By keeping Bale, Redknapp will be able to develop this young Tottenham team, which recently acquired Pienaar, into a brilliantly cohesive unit. Dropping Bale will impede progress in that area.

Building Tradition at Tottenham through Bale 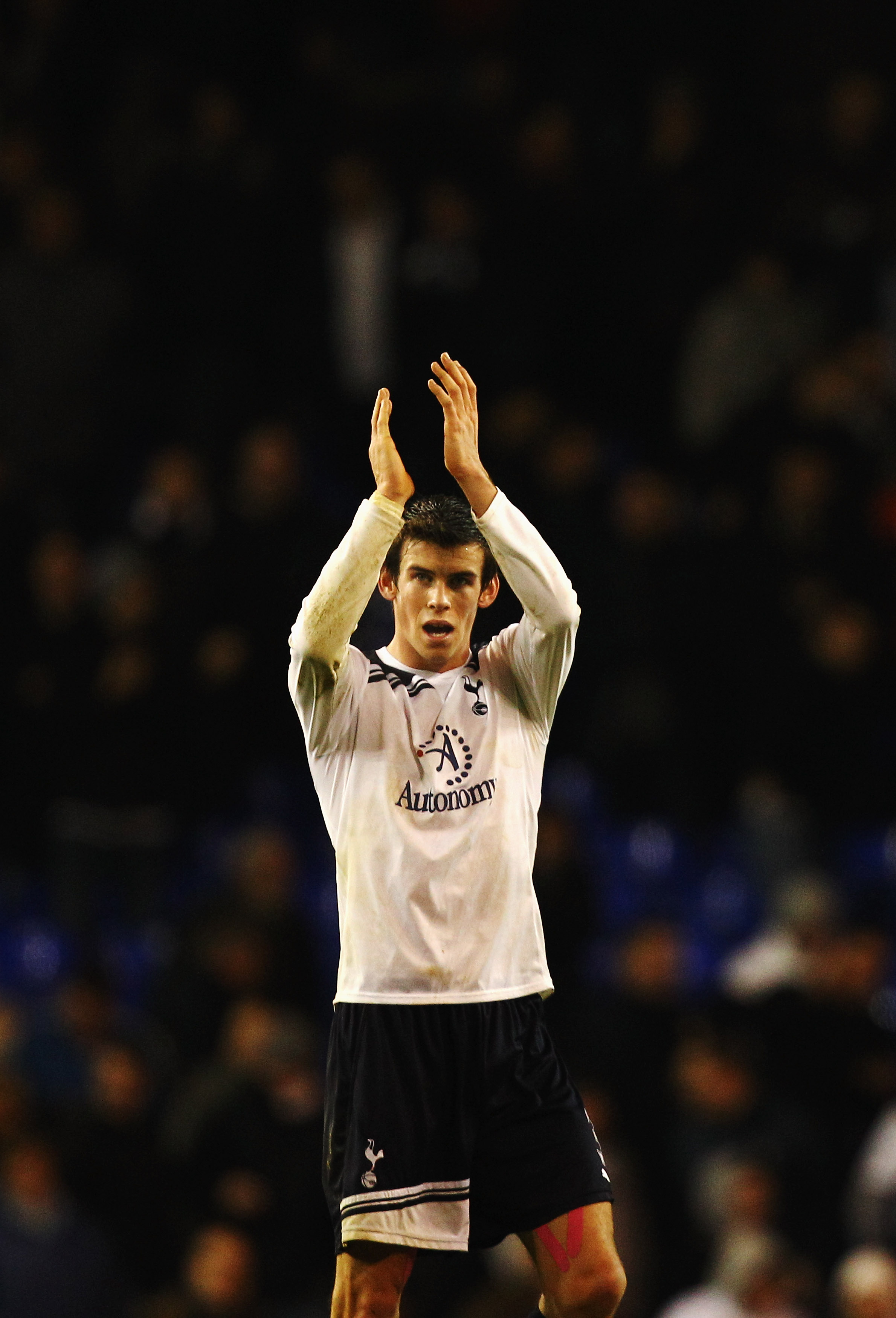 Bale is a charismatic young player of immense popularity. By keeping a player of his caliber and cultural exposure, Tottenham can begin building a tradition of great and popular players in the way of Manchester United and Liverpool.

Spurs should consciously market Bale as the sign of a new golden-era in club history. This may be a calculated approach to sport, but it’s a surefire way to find success in the realm of popular entertainment, which EPL soccer surely is. 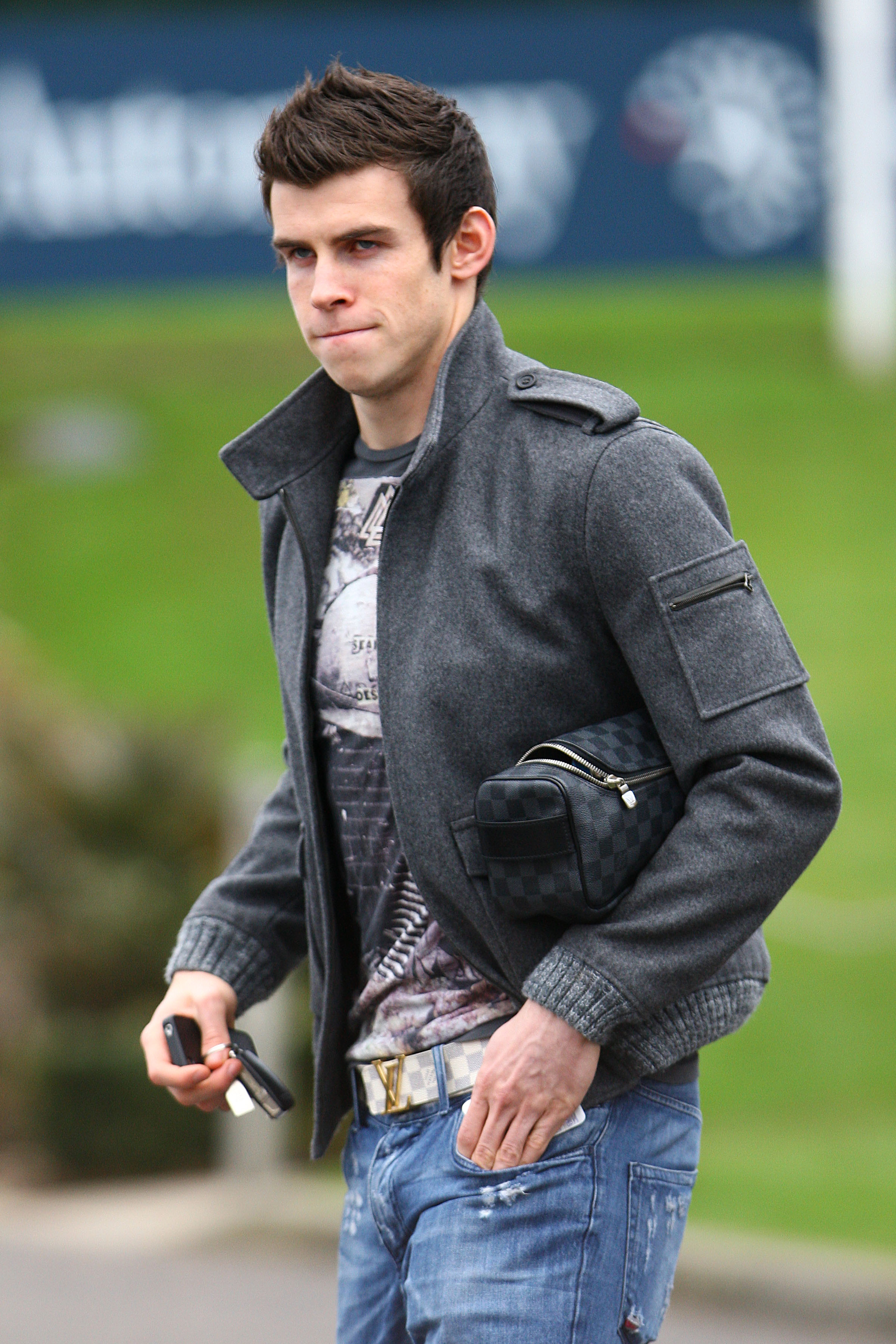 Tottenham may make £70m by bailing on Bale, but if he can help take Spurs into the top four again this season, and potentially into the top three next season, there’s no end to how much money the franchise might make from his talents. A player with the visibility of Bale is a merchandising gold mine.

Real Madrid paid £80m for Ronaldo in 2009. In April of 2010, the team announced that it had sold 1.2 million CR9 jerseys at €85. In less than one calendar year, Madrid had recouped the transfer fee through the player's popularity. While Bale is no Ronaldo, anything is possible in today’s memorabilia-mad climate.

Creating a Culture of Club Loyalty at Tottenham 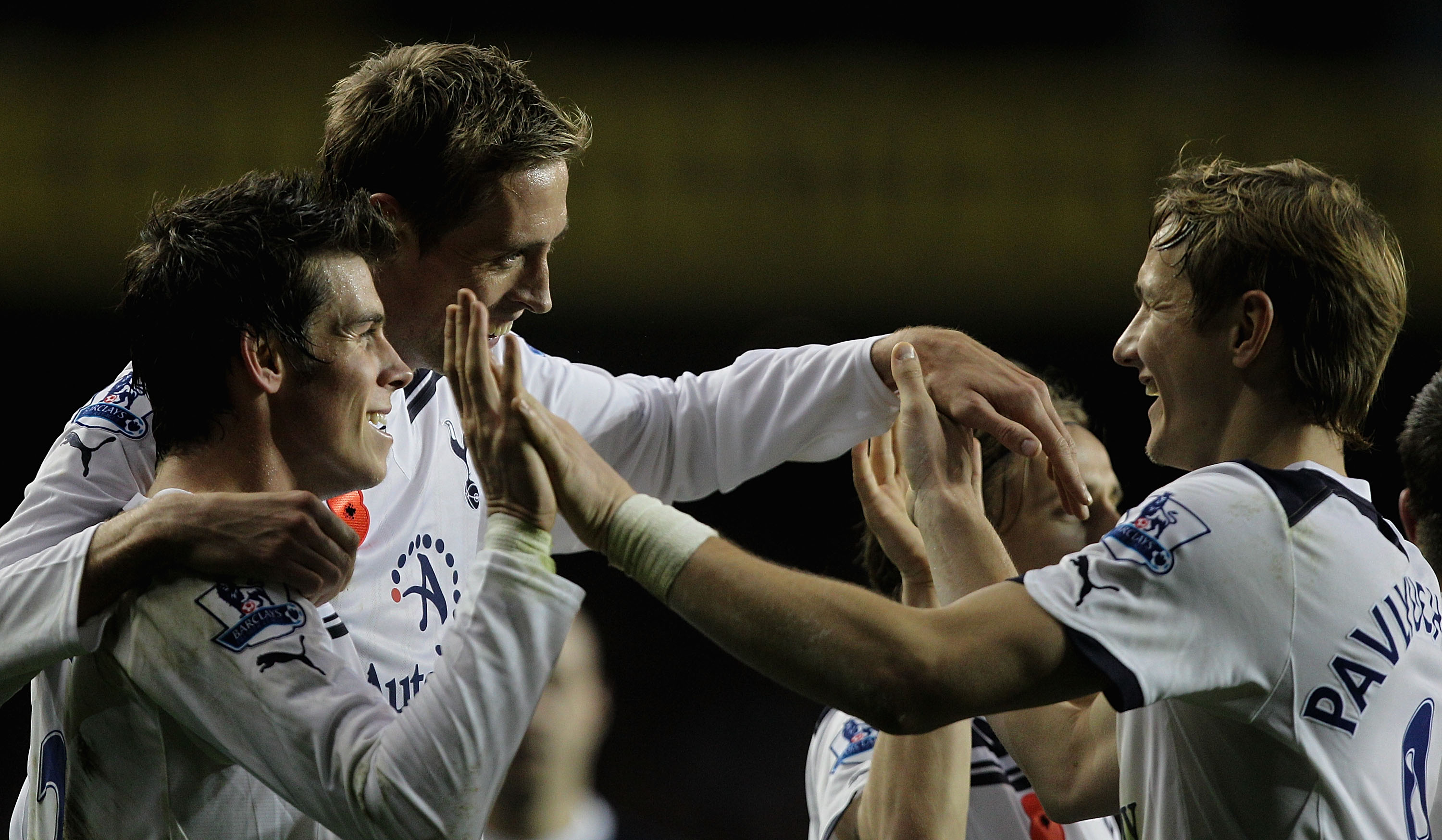 In the wake of Darren Bent’s transfer to Aston Villa, pundits have accused players of possessing loyalty for neither the club nor the fans. Yet, why should a player show loyalty to a franchise that will sell him at the drop of a hat for the right price?

By keeping Bale, Redknapp and Tottenham can begin building a culture of club loyalty that will be of immeasurable assistance in the long run. 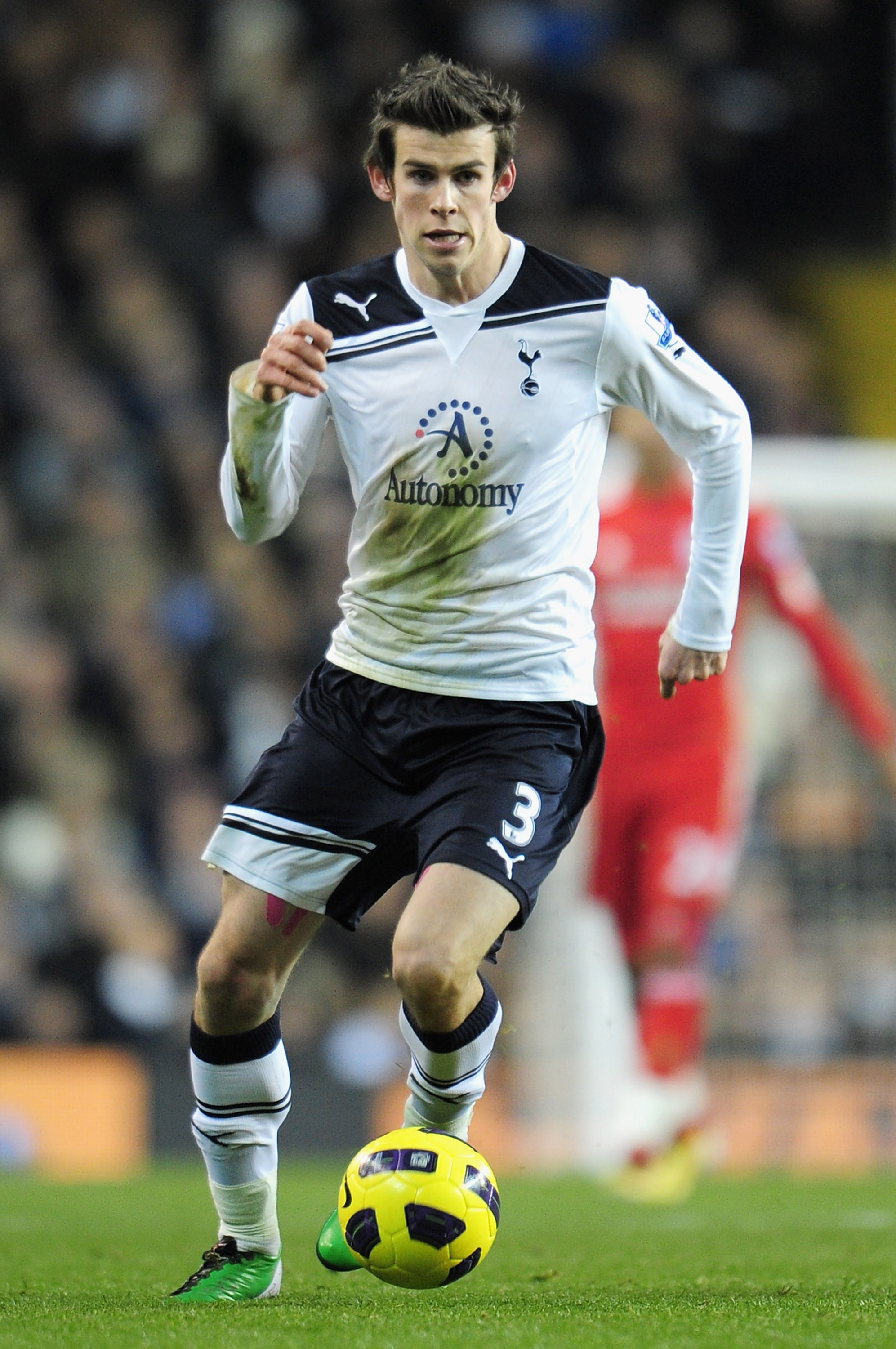 British teams need British heroes. Young kids kicking a soccer ball on the streets of London or through the pastures of Wales need to look to examples like Bale, Rooney, Bent, Carroll, Walcott and Wilshere for inspiration.

Britain can always use another soccer superstar to increase global visibility for the British game, and Bale is the perfect candidate for the job.