UFC 5 was a brave step into the unknown—the first 'Superfight' between Ken Shamrock and Royce Gracie.

After the Gracie vs. Dan Severn yawnfest from UFC 4 and an annoying track record of guys dropping out due to injury/knackeredness, officials obviously gave up hoping that Gracie and Shamrock would meet within the tournament. Instead, they were booked them separately in the first UFC dream match of its kind.

Will it live up to the hype, and will anyone be able to stop Dan "The Beast" Severn?

To find out, we open UFC 5 with some really jazzy music, which I'm pretty sure is stolen from Kid Icarus on the NES. Bruce Beck is back calling the action, as he announces that the prize money has been lowered to $50,000. I'm not surprised, after seeing Royce piss away his winnings at Disneyland.

Blatnick is in the Octagon, claiming to be standing in the spot where Dan Severn submitted to Royce, except that was about six feet to his right. Enough of the lies.

Tonight, Severn must fight "the ghettoman" Joe Charles, who had the shortest fight in UFC history. Severn had the longest fight. Which means they'll have . . . a medium-sized fight?

Jim Brown returns, looking thoroughly irritated at having to speak to Beck. They must've had a falling out since last time. Brown proclaims: "Severn has the ghettoman, who fights in the ghetto way." Which may or may not be implying that guns and crack will be involved.

This year, time limits have been introduced, and the referee has once again been given the power to stop fights, with the stipulation of fighters "not intelligently defending themselves" stated explicitly for the first time.

Andy Anderson vs Jon Hess is our first fight . A quick look at these guys makes me think we've taken a bit of a step back in terms of quality, with both fighters looking less like MMA warriors and more like two hicks squaring up in a bar in the deep south.

And with that racist sentiment barely uttered, it is revealed that Anderson owns a chain of nightclubs, including the Totally Nude Steakhouse in Texas. Christ.

His opponent? "I'm John Hess, I'm from the south of fighting centre, and I'm here to rape people." At least I think that's what he said.

His created style is SAFTA (Scientifically Aggressive Fighting Technology of America), he has no official record and he claims he has never lost a fight in his life, so basically John Hess likes to make things up.

This is vindicated by Beck telling us "Hess also claims to be in tremendous shape" as Hess removes his shirt, revealing a physique in un-tremendous shape. It seems that Hess has lied his way into the UFC.

This is UGLY. But boy, is it entertaining. Both guys just start swinging for each other. Hess hilariously goes for a triangle, despite Anderson having really tiny arms and Hess having really long legs.

Anderson goes down, Hess starts stomping, and Big John stops the fight. This fight definitely marked a drop in quality, as Brown notes that any grappler worth his salt would've taken down Hess easily.

The fight is one of the dirtiest in UFC history, and Hess was ultimately fined $2,000 for two violations of the rules against eye gouging. He pulled out of the tournament after this fight due to injury, thank God.

According to Wikipedia, Hess struggled to find another fight following UFC 5, despite publicly challenging Royce Gracie (Gracie fears SAFTA.) Hess later fought Vitor Belfort at SB 2-SuperBrawl 2, where he lost by KO in 12 seconds. He has not fought professionally since this loss, but has stated he took the Belfort fight on short notice, that if he was allowed to come back he would be "world champ," and that Belfort was "on steroids" when he beat him.

A lot of these fights are forgettable, illustrated by the fact that I was going to talk about the second fight, but just deleted the names of both guys in an editorial decision to ignore both of their existences completely.

We are told the average length of a fight is two mins 22 secs. A brisk two mins 22 secs. An exciting two mins 22 secs. The only notable thing about the second fight between the two guys whose names I can't be bothered to remember are an abundance of really ugly headbutts, and also the fact that both guys, despite having no ground knowledge, can pull out the ubiquitous Gracie guard.

There is also a generous helping of ball shots, as a Jeet Kune Do vs. Kickboxing fight ends up spilling all over the mat in a horrible mess.

Oleg Taktarov is bigged up, and becomes the fourth UFC alumni I've recognized by appearances in shit films (Taktarov recently appeared in the Predators sequel). The first, for the record, was Jim Brown, whose illustrious NFL career is completely wasted on me, as he will forever be known to me as Fireball from The Running Man. Taktarov looks impressive, and with a solid grappling game could be a dark horse here.

By this point in UFC history, the ring girls were in full force, as every spare second of footage seems to be devoted to their stupid perms and odd clothes. Joe Charles is talking about how he was raised in the streets and knows how to fight, which would be easier to take seriously were he not dressed like this:

Charles is also the first fighter to have a personalized entrance theme, and gets beaten easily by Severn. Yeah, that's all you're getting.

The rest of this event was a little bit crap, judging by the fact that I've made barely any notes on it. Severn beats Taktarov in the semifinals due to a referee stoppage from a cut to Taktarov. Severn goes on to win the final against alternate Dave Beneteau without really being challenged, and without noticeably improving his offensive skills.

The standout fight of the evening, for all the wrong reasons, is the Shamrock vs. Gracie "superfight." Now, I'm really trying with this MMA stuff, and call me a philistine, but this fight literally put me to sleep on about five separate occasions.

The match synopsis: Shamrock takes down Gracie, lies on top of him for 36 minutes, and the match is declared a draw. That's it.

With no exaggerations, I can honestly say that nothing happened for well over half an hour. The highlight of the match is when Bob Shamrock—Ken's father—can be heard screaming at him to "do something." Ken did not listen.

The crowd are rightly booing this one at the end, because it was an absolute stinker. Fireball's expert analysis is that Ken should've put Royce in a submission hold. Moron.

In conclusion, UFC 5 was bad. The superfight drew a huge audience, and promptly bored them all to tears. Without the referee's ability to stand up the fight, and without a judge's decision, the Shamrock vs. Royce fight was a disaster.

Pulling 260,000 buys in the mid-90s was a tremendous achievement, but I'm guessing that abortion of a contest turned alot of those buyers off MMA permanently.

In terms of the competition itself, UFC 5 felt like a step back in terms of quality. Without Shamrock or Royce in the tournament proper, the level of competition seemed to dip, as the attraction of taking on the (semi) undefeated champion was now gone.

This event was also significant in seeing the rise of the wrestlers, all of who managed to defeat their striking opponents with relative ease.

This UFC event was also the last with the involvement of Rorion Gracie, allegedly because the introduction of new rules had compromised Gracie's vision for the UFC. Gracie and his partner Art Davie later sold WOW Promotions, co-promoters of the event, to WOW's partner, Semaphore Entertainment Group.

The upshot of this was that Royce Gracie also ended his involvement following Rorion's departure.

So, bad times for the UFC. A terrible main event and the loss of poster boy Royce Gracie. Will the UFC survive this blow? Check soon for my UFC 6 review to find out! 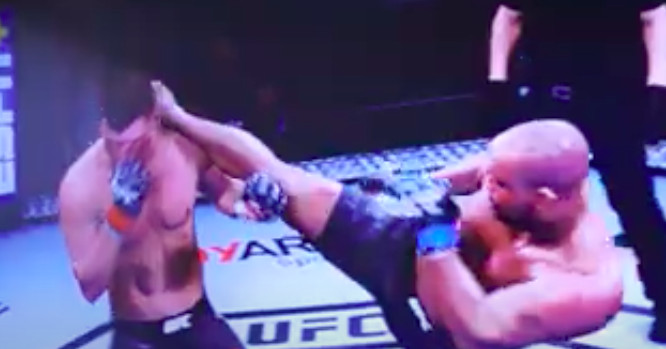