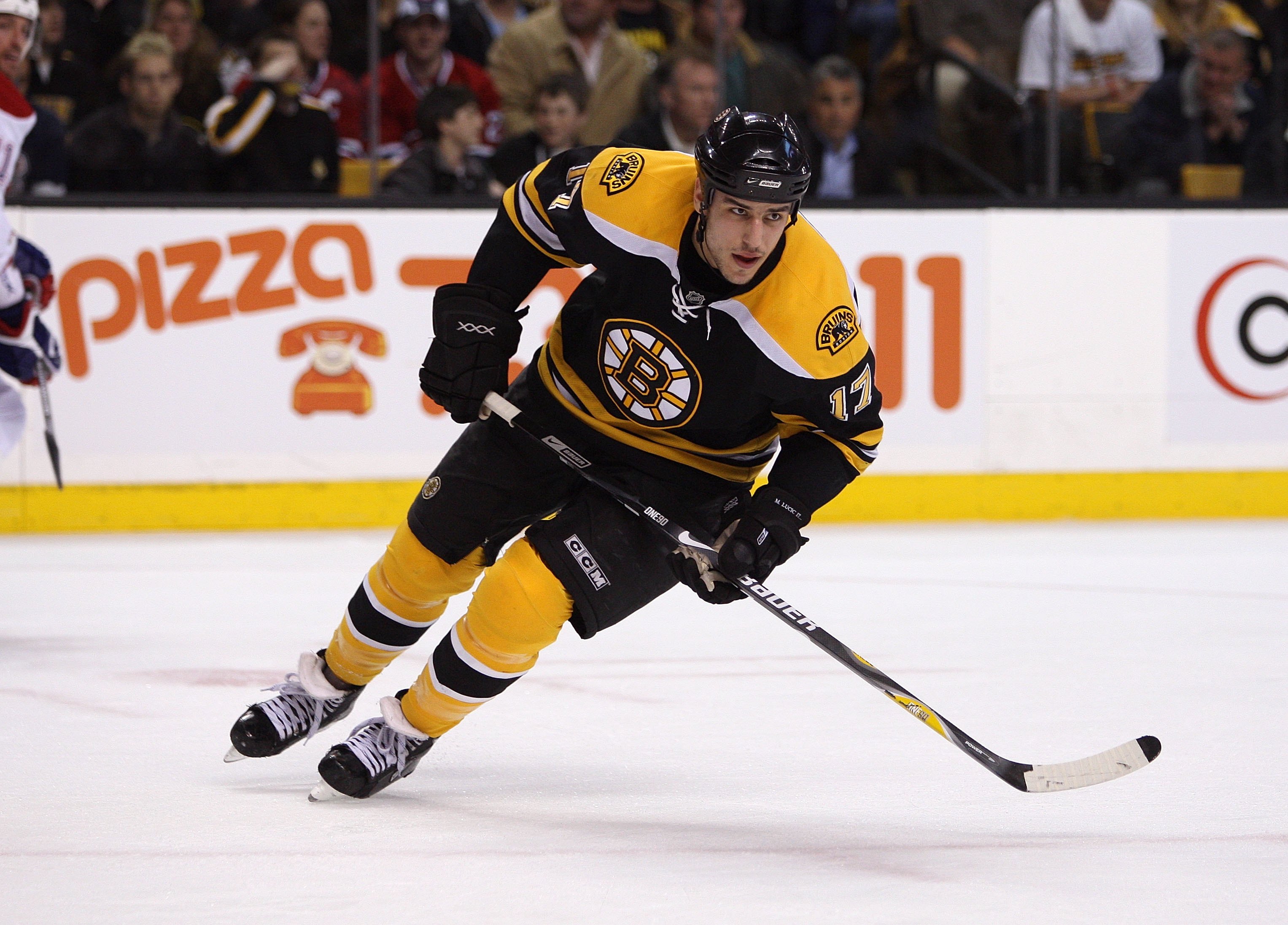 Without a doubt, this is something every team needs.

These guys know how to wreak havoc down low, creating turnovers and setting up the play. They're the guys you love or love to hate.

This list best exemplifies those who are beyond good at puck control, and if they're not on your favourite team, they're ridiculously annoying. 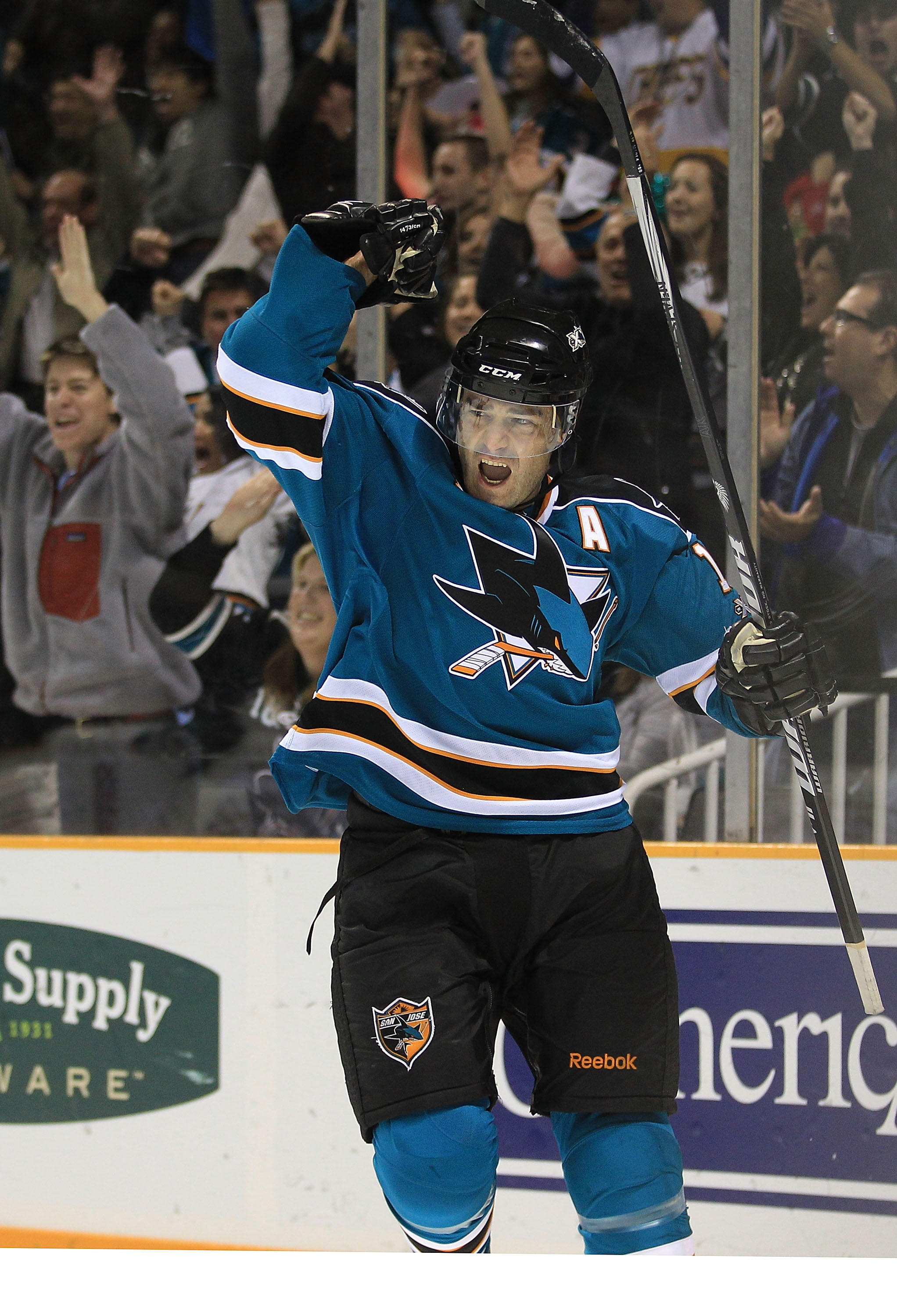 Somewhat unrecognized for everything he does, Patrick Marleau is a great playmaker with great hands.

Marleau is always willing to put in the extra effort, and this makes him a great forechecker.

Canadian favourite Shane Doan is not only known for his class but for his ability to always go the extra mile for his team.

When he isn't busy being awesome and humble by paying for the Coyotes' training staff's health insurance, he's busy searching for the puck, always seeking to make a play.

Just look at the video. It's all Doan. 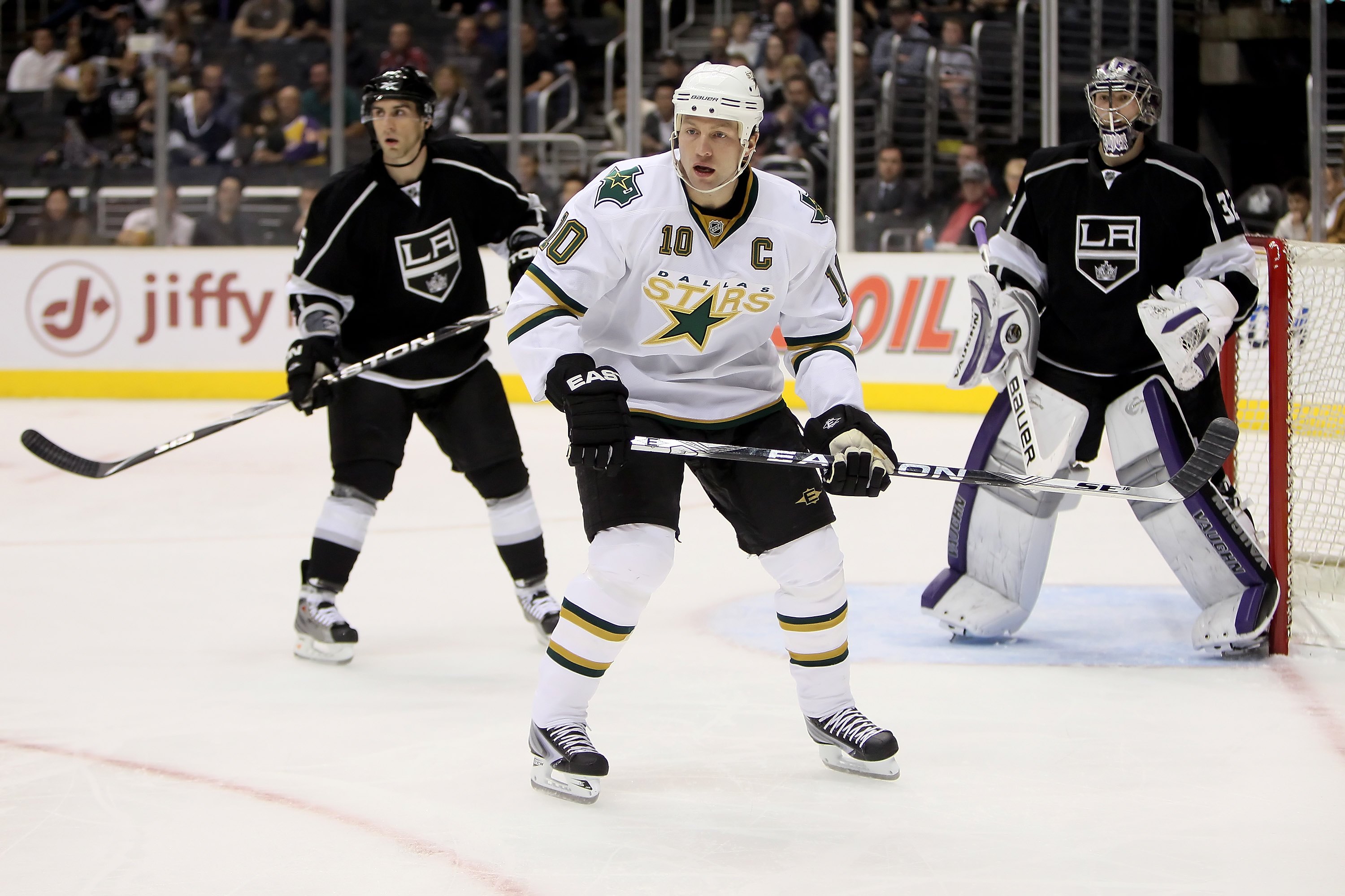 Between Sidney Crosby, Jonathan Toews, Jarome Iginla, etc, it was hard for Brenden Morrow to get some recognition at the 2010 Winter Olympics.

It only took a few games, however, to realize just why Morrow was so valuable to the team.

The silent hero, Morrow was out there working hard every night and quickly became a favourite for Canadian fans.

It's no question that he's also a favourite in Dallas. 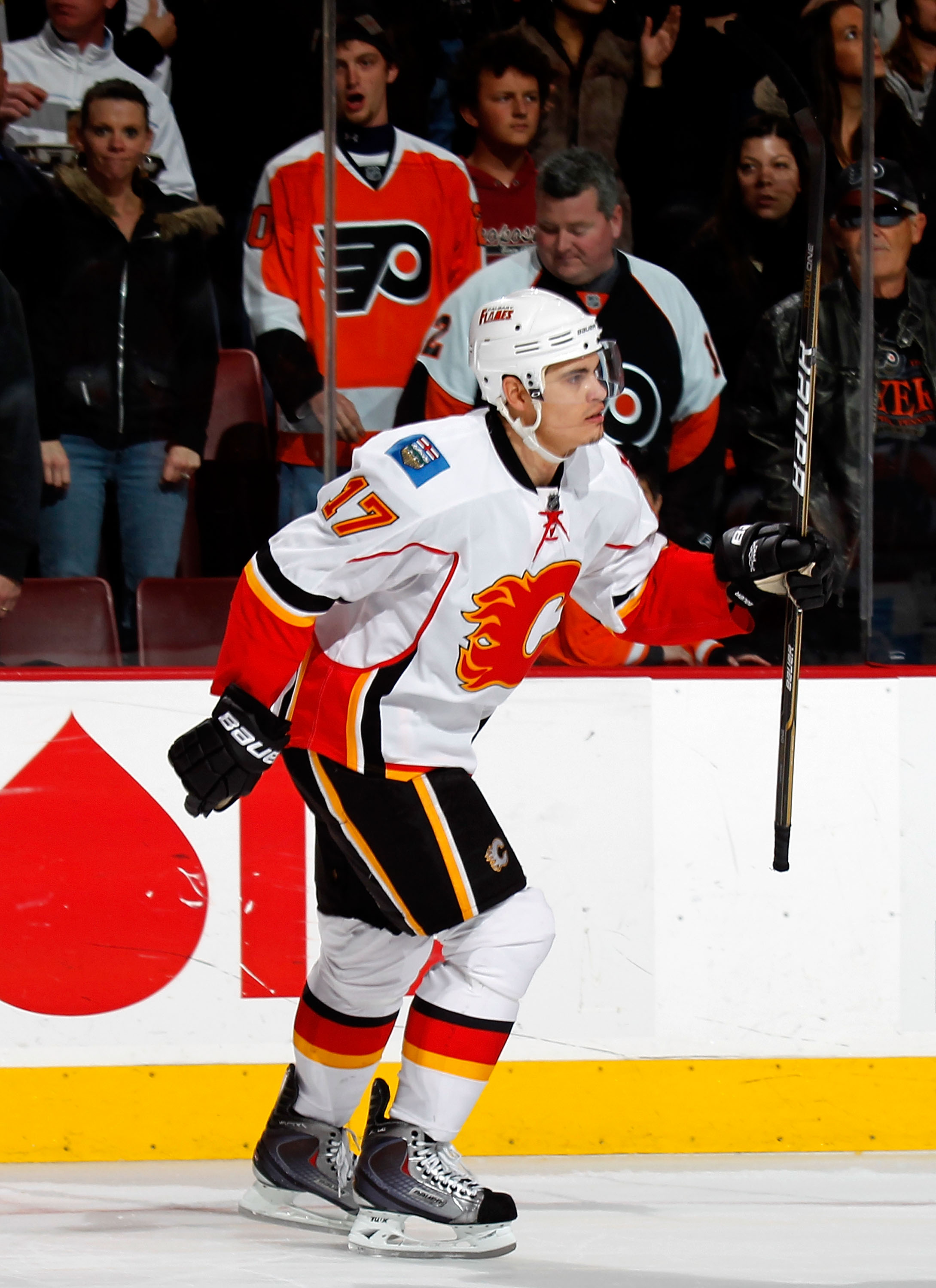 Say what you will about the Calgary Flames' play so far this year (abysmal has been my word), but if there's one thing Darryl Sutter has gotten right recently, it's Rene Bourque.

Not well-known around the league, though popular in Calgary, Bourque is a vital component of the Flames with great hands, big hits and solid forechecking.

I can only imagine just how much better the Chicago Blackhawks would have been last year if they still had Bourque on their team.

It's incredibly unfortunate that this guy has the worst luck with injuries. Jordan Staal is rarely nothing less than an absolute pleasure to watch.

Amongst one of my favourite players, Staal is a beast on the ice.

Though it would be easy to be shadowed when you're surrounded by the likes of Sidney Crosby and Evgeni Malkin, Staal has held his own and routinely shines with the Penguins.

As seen here, Staal controls the puck, gets it deep, positions himself and scores. Great stuff.

Captain of the L.A. Kings, Dustin Brown is fantastic on the forecheck.

A solid hitter, Brown wreaks havoc in the offensive end. Just watch the video of the mini-battle between Brown and Marc Staal. Unreal! 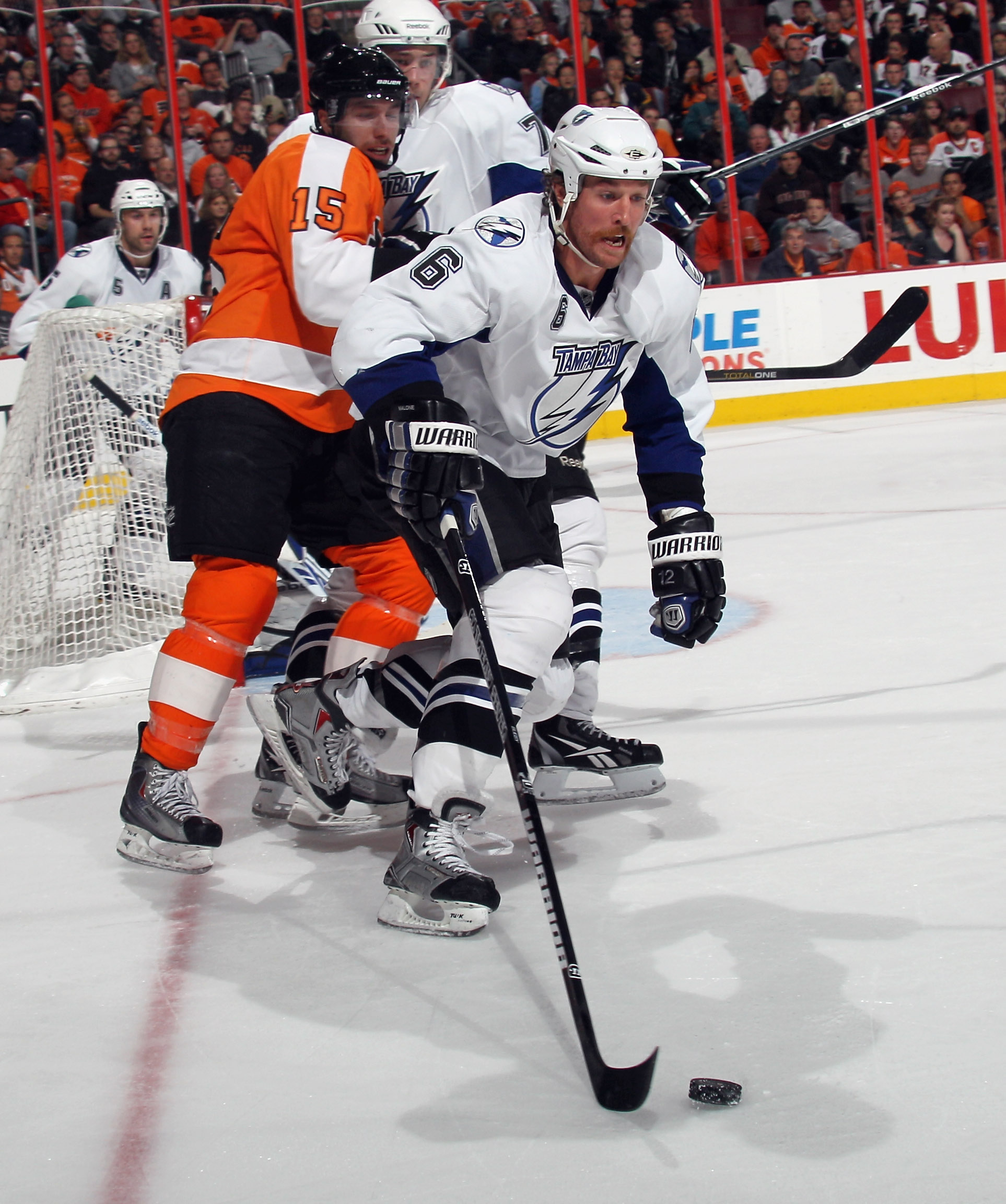 A strong power forward, Ryan Malone is a big guy who is hard and tenacious on the puck. 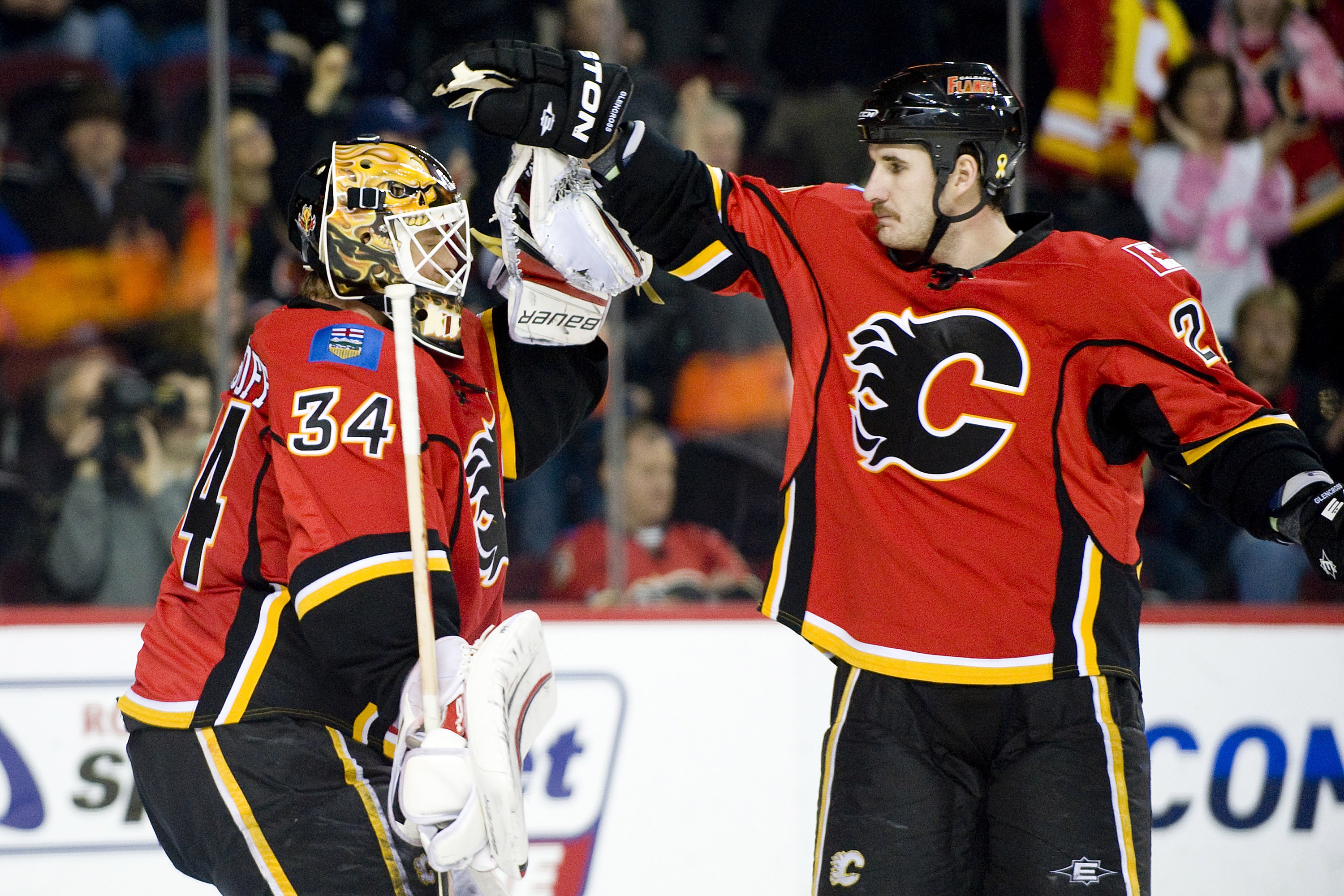 Another big-hitter for the Flames, Curtis Glencross has been one of the few consistent forwards on the team. Melding well with any line he's placed on, Glencross is always seeking to make a big play, often also creating short-handed chances.

A fast skater and aggressive player, Glencross is one of my favourites on the Flames. 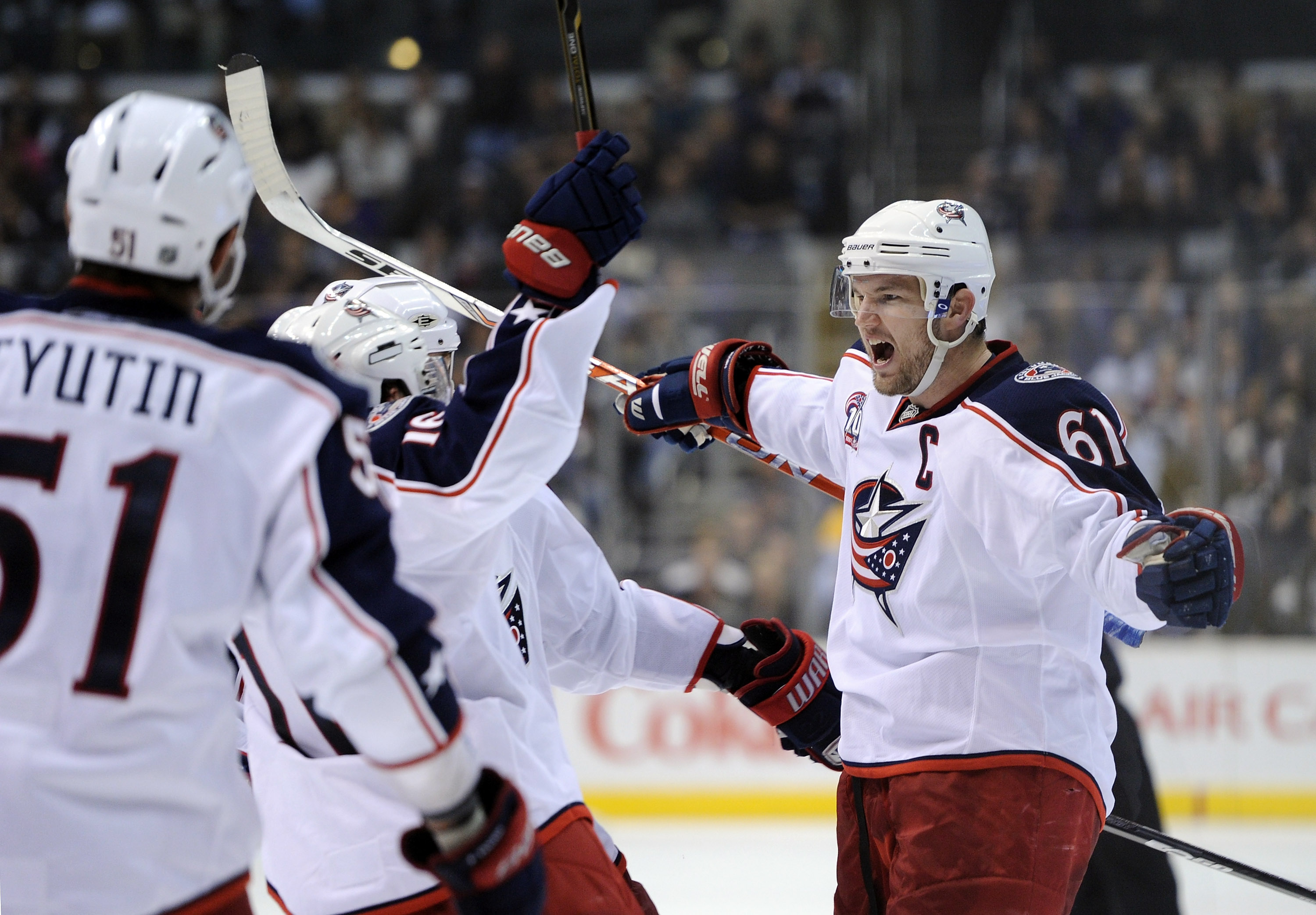 Speaking of those who are a joy to watch, there are few greater pleasures in hockey than watching Rick Nash.

A combination of being big, fast, aggressive, relentless and incredibly skilled, Columbus is lucky to have this guy locked in for years to come. 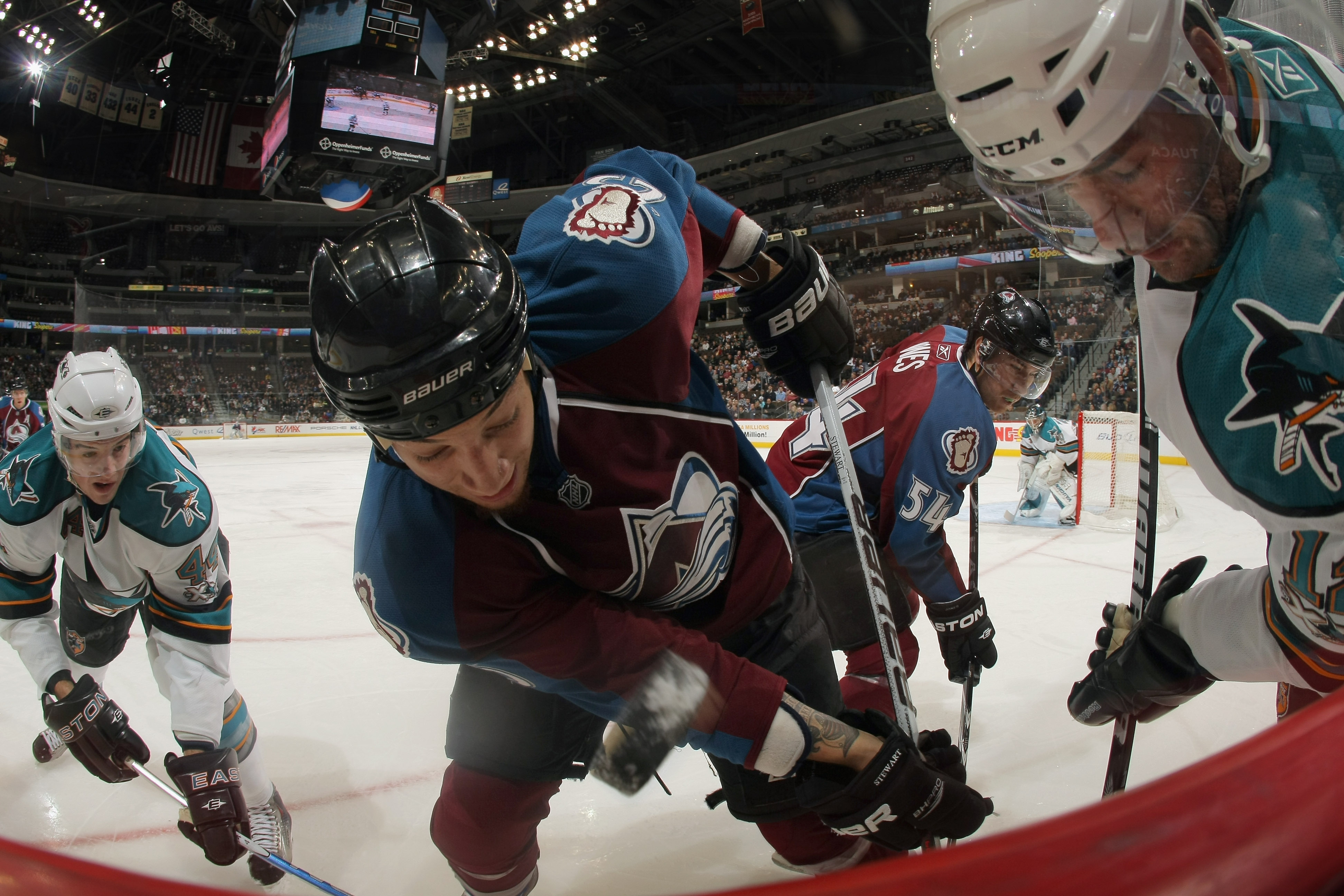 A young, hard-working guy, Chris Stewart has a promising career in front of him.

With the deadly combination of being fast, skilled, and incredibly strong, Stewart regularly creates turnovers with his speed and strength. 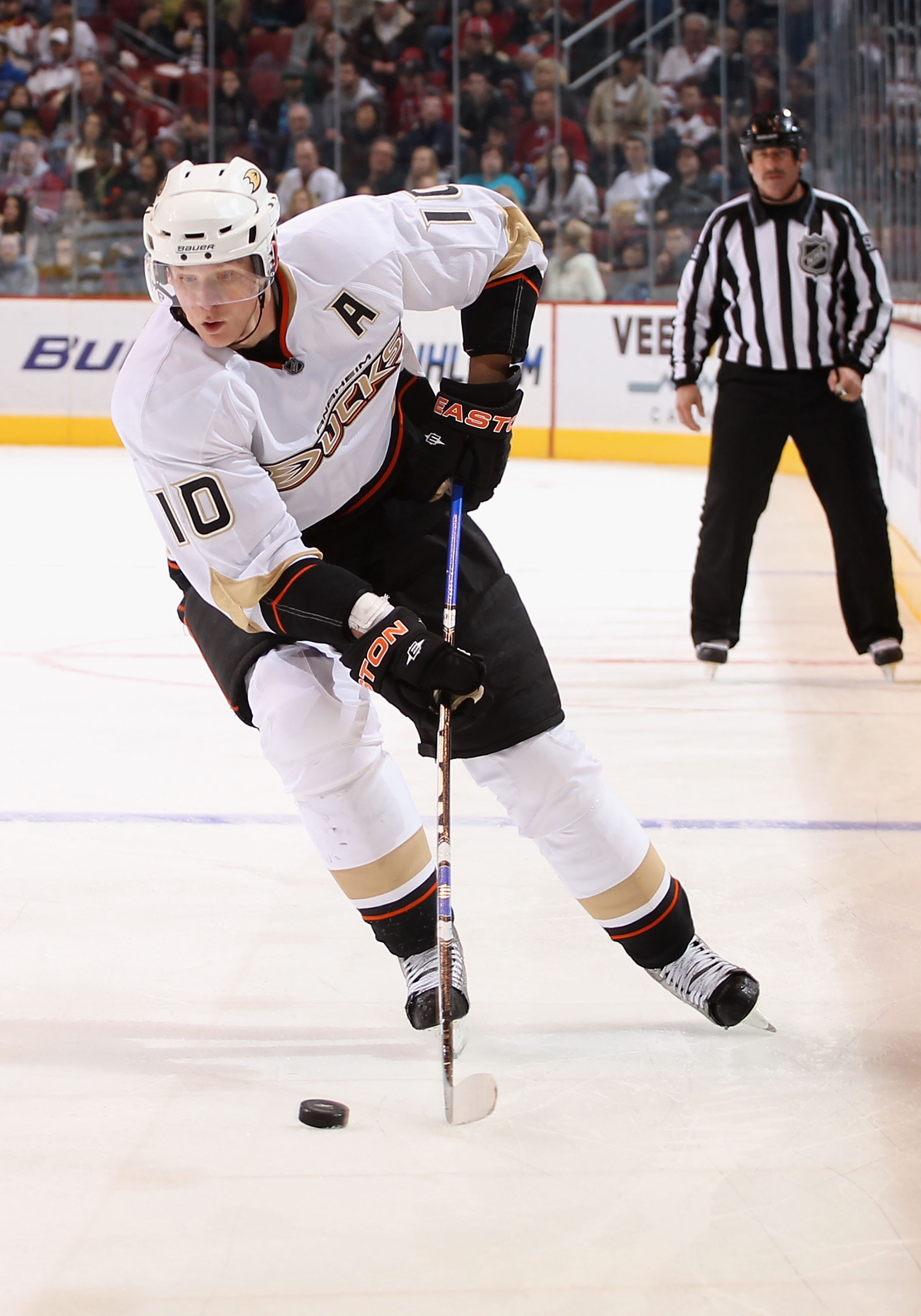 An agitator known around the league, love him or hate him, Corey Perry is great on the forecheck.

Though occasionally somewhat whiney, Mike Richards is an overall fearless player. His aggressiveness combined with his skill means he often comes up with the puck. As you can see here, it resulted in a goal. 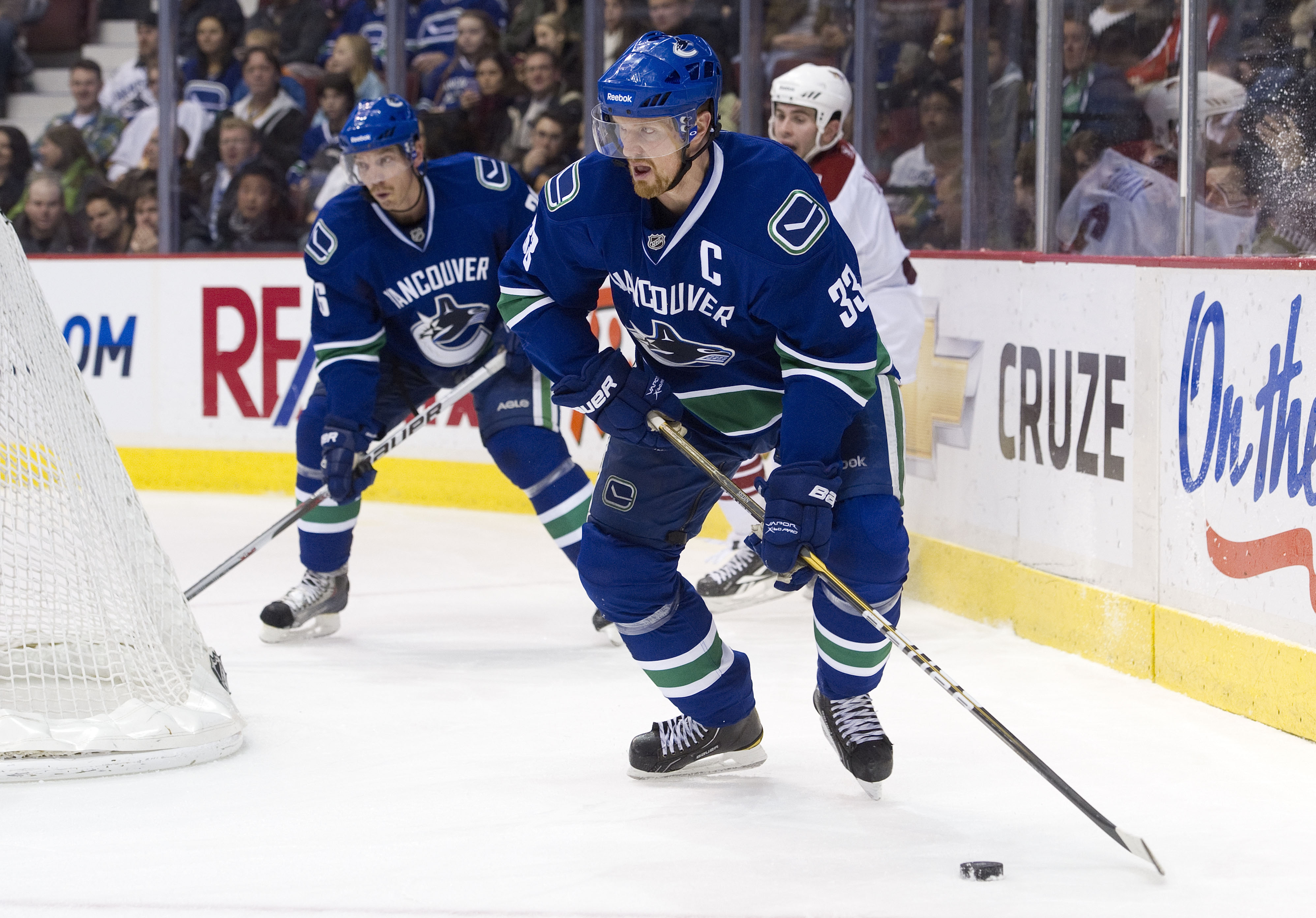 Newly anointed captain of the Canucks, Henrik Sedin is unquestionably their best player.

Though it's true that he and his brother Daniel are often a combined effort, Henrik is the one in the corner creating marvelous plays. He has his eyes all over the ice and is able to create chances from anywhere.

Seeing how I'm a Flames fan, I find him incredibly infuriating. 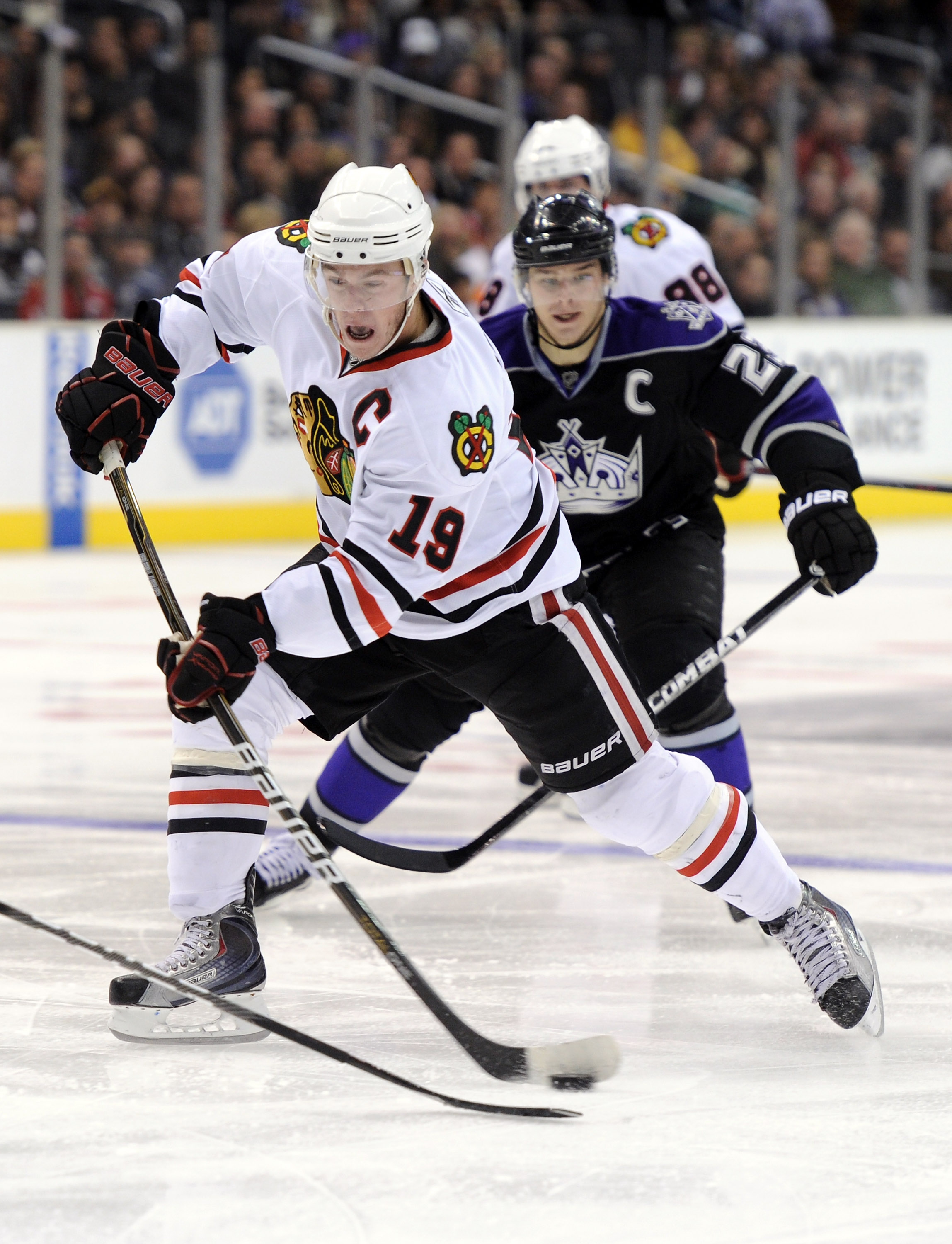 There is no question as to why Jonathan Toews was awarded the MVP title in the 2010 Stanley Cup playoffs. He proves night after night what it's like to be a great all-around player.

Already with an Olympic Gold and Stanley Cup, Toews is going to have a promising career for many years. 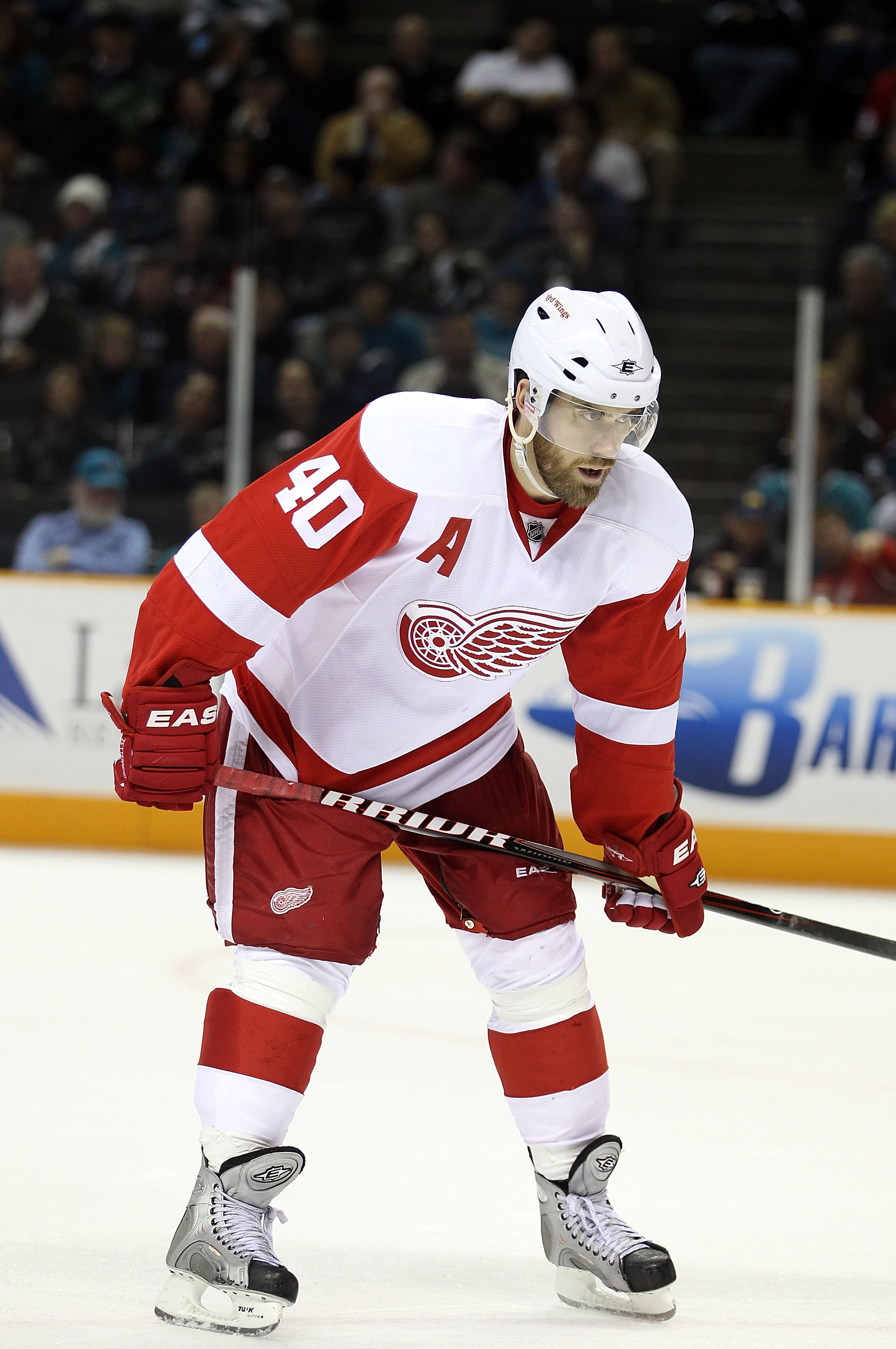 Enough can't be said about the Detroit Red Wings in general. Tons of talent, among which there is Henrik Zetterberg, usually scoring on your favourite team.

He and linemate Pavel Datsyuk are all over the ice, forechecking, back-checking, everything. Those two have chemistry beyond words. 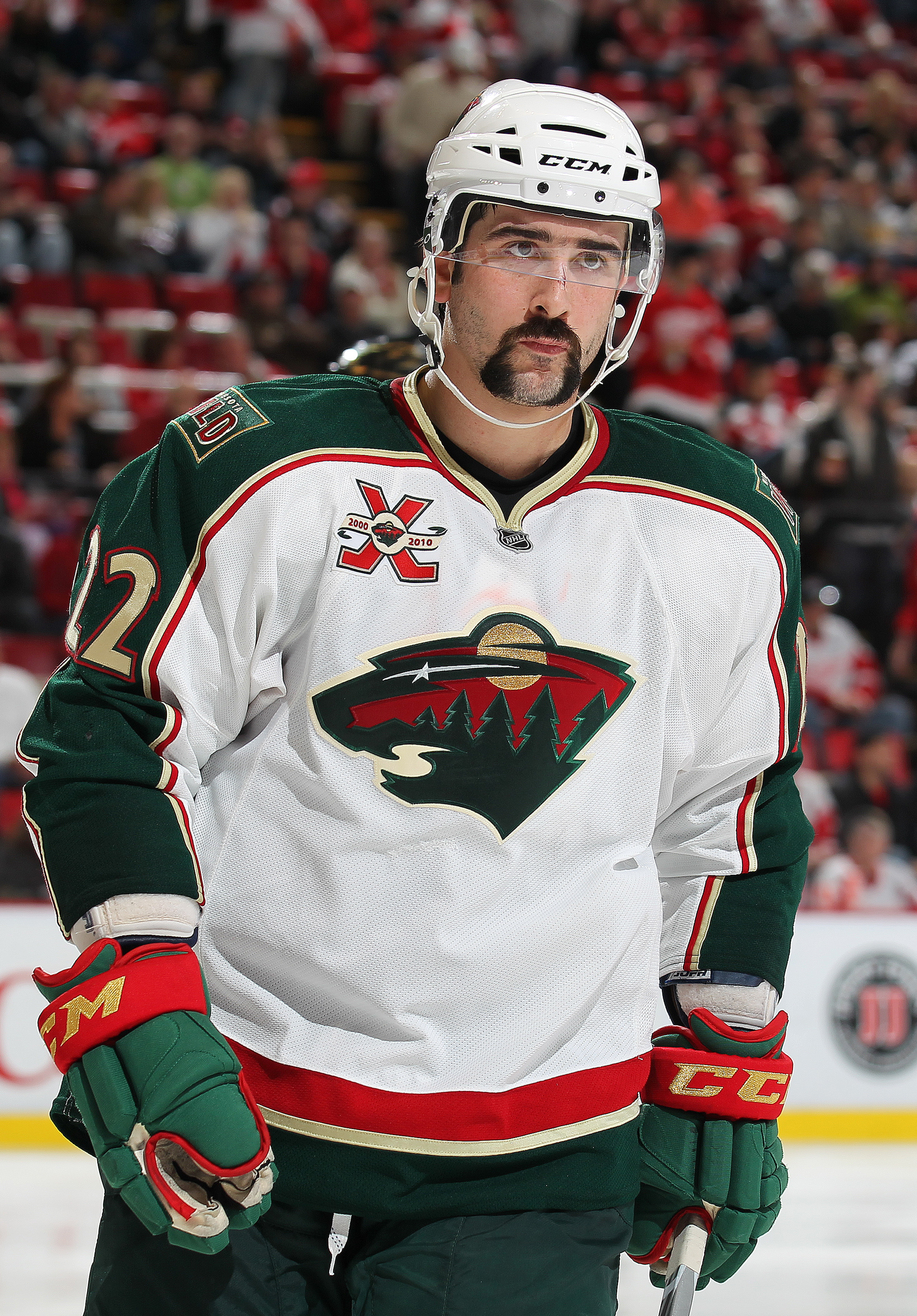 There is no person this guy won't hit. Always making the big hits at the right time and usually leading the league in hits, he is key to the Wild's forecheck and is often the source of many scoring chances.

I'm convinced that the power is in the mustache. He should really keep that thing. 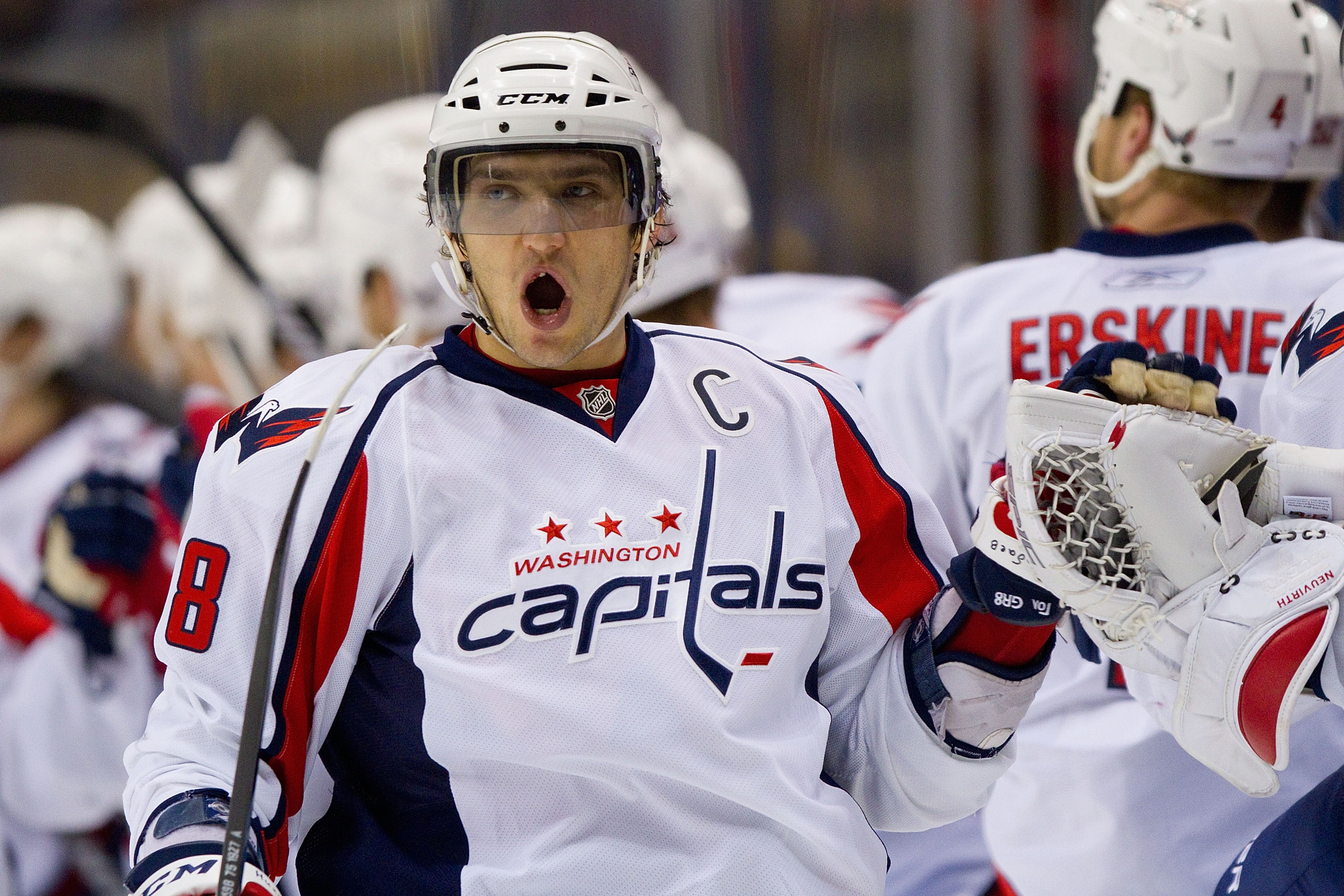 Oh the things I would do to get Ovechkin on my team. Enough praise can't be given to this guy, an absolute pleasure to watch.

He's big. He's fast. He has a lethal shot. He's ridiculously strong. He has amazing hands. Of course he's great on the forecheck, he's everywhere. 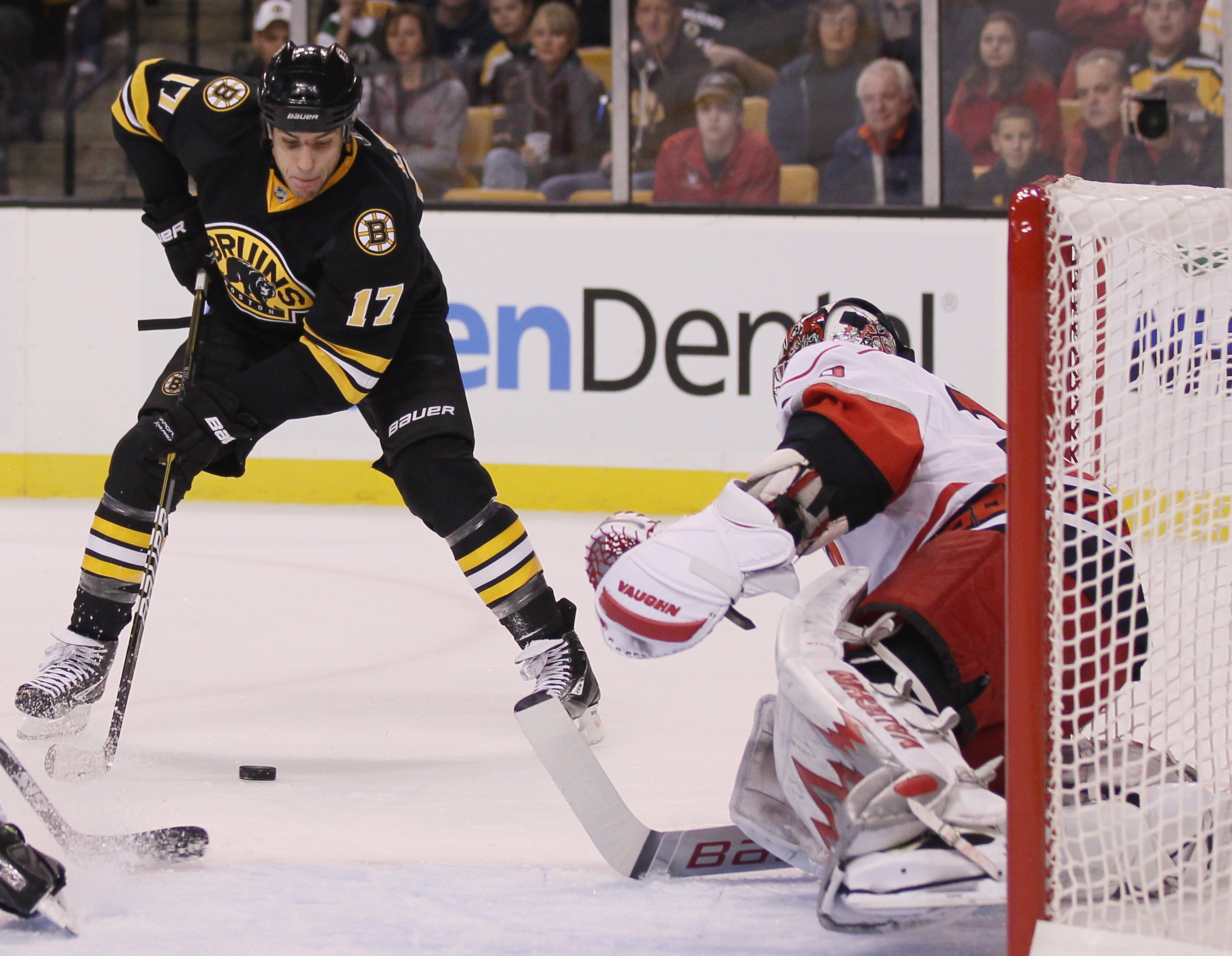 Devastating is the best way to describe him.

A brutal hitter and quick for his size, Milan Lucic is a powerful and strong component of the Boston Bruins. 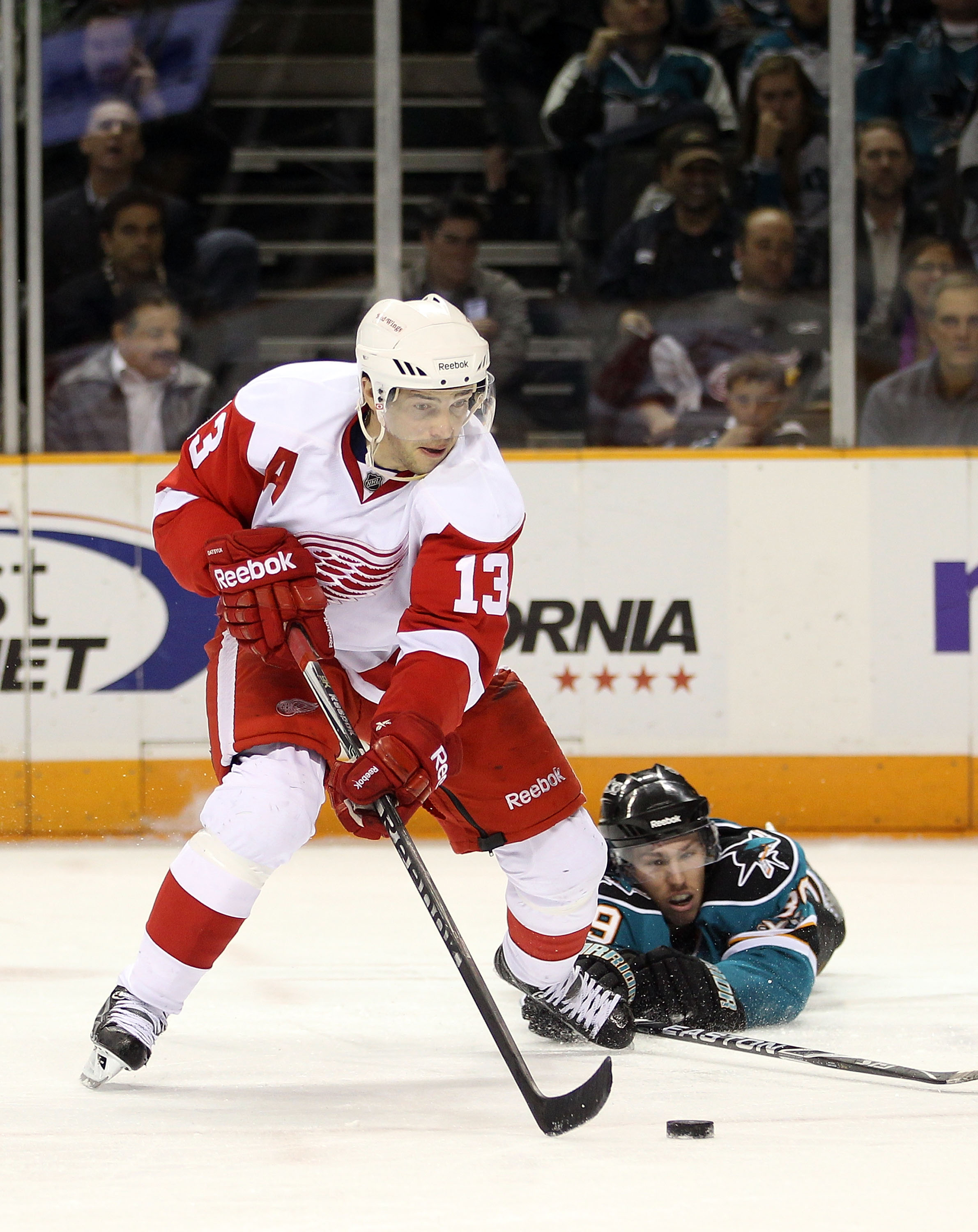 It's almost unfair how good Pavel Datsyuk is at puck-handling.

How many times does one see him lose the puck? It's not often, I'll tell you that much. If he goes in on the forecheck, he usually emerges with the puck. Then passes it to Zetterberg. Then they score.

Life can be so unfair sometimes.

Whether it's that amazing triangle-head of his that gives incredible balance, or it's that he's just that good, expect Datsyuk to provide a clip for the highlight reel nearly every game he plays. 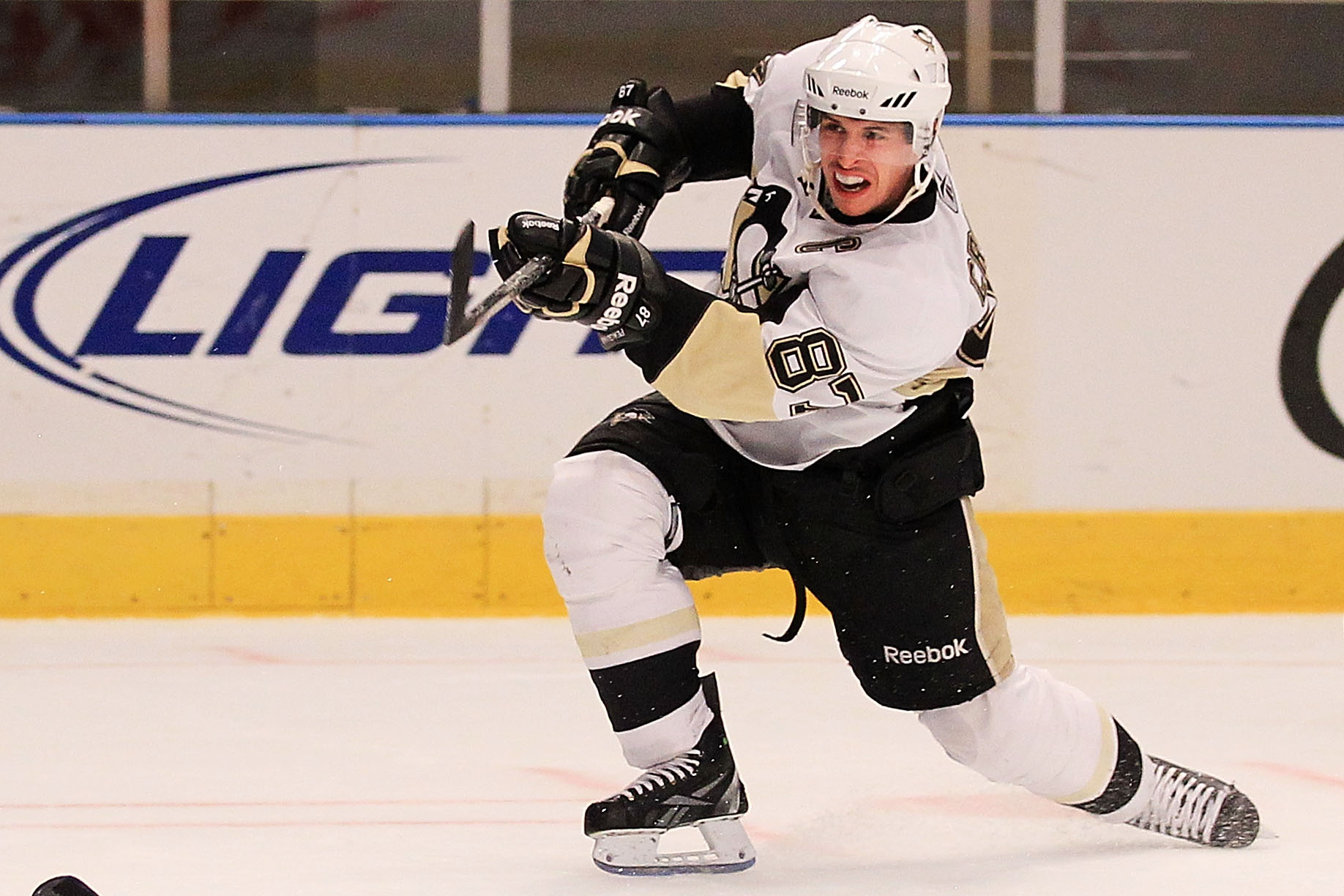 No, it's not because he dives, and the refs give him and his team power-play opportunities.

It's also not because the league, especially his co-conspirator Gary Bettman, seeks to give Crosby every opportunity possible because he's their poster-boy.

It's because Crosby, simply put, is damn unreal. Of all the games I've watched the Flames play this season, few were more horrifying than the one played against the Penguins in November.

Why? Because playing Crosby is horrifying. He's all over the puck. He's everywhere. One could be convinced there are five of him. Oh and the best part? If he has no one to pass it to on the forecheck, he'll just pass it to himself. And score.

And if I could, I'd steal him and put him on the Flames. Sigh. One can only dream.