I’ve just finished reading Death to the BCS: The Definitive Case Against the Bowl Championship Series and it is a wonderful read.

It is a 200-page attack by Dan Wetzel, Josh Peter and Jeff Passan, who used a two-year investigation of tax records, bowl contracts, university documents, and dozens of interviews with the power players of college football, to prove how corrupt and broken the current BCS system is.

They are proponents of a 16-team playoff system and even though I was already convinced that some sort of playoff was necessary or needed in today’s game, this book should thoroughly do the job for anyone sitting on the fence on this subject.

That is why I’ve decided to give you an overview of each chapter and hopefully convince some of you to read the book in full and bring this world that much closer to a playoff system.

The impetus for the book was to answer one question: Why is college football really saddled with the brain-dead BCS?

In doing so, the authors discovered an “ocean of corruption: sophisticated scams, mind-numbing waste and naked political deals.”

A short story follows about how Penn State head coach Joe Paterno (he of four undefeated, but championship-less seasons) has actively sought a playoff, but has been rebuffed repeatedly by Big Ten commissioner Jim Delany.

Delany joins the commissioners of the other five major conferences as the real power brokers in the BCS, the so called “Cartel.” They are joined by a couple dozen executive directors of bowl games, high-powered athletic directors and school presidents as henchmen in this BCS scheme.

These are the corrupt enemies of a playoff system in college football.

Chapter One: The Plan

Wasting no time, the book outlines its idea for a playoff system with three chief criteria:

1. It must be more profitable.

2. It must protect, if not increase, the value of the regular season.

3. It must take academics into consideration

They assert that the Cartel wants people to argue about varying proposals so it’s easier to dismiss them all as confused and garbled nonsense. Nonstarters to this discussion are: dropping regular season games, getting rid of conference championships, realigning leagues, and using bowl games as host sites for playoff games.

The Cartel wants fans to argue about those issues, but the book automatically disqualifies them because they will not pass with the majority of schools.

The playoff plan is relatively simple: A 16-team tournament with bids from all 11 conference champions, plus five remaining at-large slots.

A small selection committee, dealing with a precise set of criteria, will select the five at-large bids similar to the way in which the NCAA basketball tournament works. All games (except the final championship) will be held at the higher seed’s home campus stadium.

The current bowls go nowhere, and are filled out by the remaining teams that fail to qualify for the playoff. The proposed playoff will begin and finish in the same time frame the current bowl postseason does.

Here are some money figures to consider:

*Projections show each playoff game alone would be worth $25 million per team (40 percent more than the current BCS championship).

*The entire playoff could net $750 million for college football

*Experts would expect a 30-50 percent cut in revenues from bowl games ($110 million), bringing the total postseason revenue to $860 million, or three to four times as much money as the current system.

Now, all of those universities hemorrhaging money and unable to balance their athletic and school budgets (many using taxpayer money to foot the bill for the future), will see a rather large increase in funds.

And best of all, we’d have a true college football champion every year.

Chapter Two: What Could Have Been

The second chapter tells a short story about how former Georgia head coach Vince Dooley tried to propose a playoff system during the 1994 off-season and the NCAA set up a committee to study such a possibility, but they were pushed away as the SEC commissioner Roy Kramer negotiated the modern-day BCS system with the five other major conference commissioners.

This chapter shows that playoff ideas have been around for nearly twenty years, but that the BCS feeds off of the plethora of different ideas to discount the whole process as too complicated and untenable.

They state, “The disorganization of the playoff crowd created the sort of gridlock in which the Cartel specializes.”

This chapter looks at how corrupt and full of deceit the BCS powers-that-be truly are. It begins with a look back at CEO of the Alamo Bowl Derrick Fox’s testimony in front of the House Energy and Commerce subcommittee in May 2009.

A playoff system would cripple these bowl directors gravy train and they will do anything to prop up the current BCS system.

Fox stated before Congress, “Almost all postseason bowl games are put on by charitable groups, and since up to one-quarter of the proceeds from the games are dedicated to the community, local charities received tens of millions of dollars a year.”

The authors go to town destroying this argument with facts and figures:

*Not a single bowl game is run by a group that can be considered a charity. They are businesses first and foremost.

*The Sugar Bowl received $3 million in funding from Louisiana in 2007 and has its own lobbying firm to ensure its public financing. The organization brought in $34.1 million in revenue and gave ZERO money to charity, despite pulling $11.6 million in tax-free profit and $37 million in assets.

*The 23 tax-exempt bowls produced $186 million in revenue, including $141 million in net assets, but combined to give just $3.2 million (1.7 percent of revenue) to charity. More than half that charity came from just two bowls, the Orange and Chick-fil-A.

The rest of the chapter deals with the corruption that is starting to spring up as bowls like the Fiesta are reportedly contributing to political friends and allies to protect the Cartel system.

The Fiesta acknowledges spending $4 million since 2000 “on lobbyists, trips, dinners, and golf retreats to build relationships with athletic officials who control the BCS and to garner support from politicians.” The Arizona attorney general is currently investigating the matter.

The authors deride this and claim the $4 million could be sitting in coffers of colleges and universities, but instead it is wasted to protect the current BCS.

Chapter four goes into detail about how many bowl games lose universities thousands upon thousands of dollars despite the relative wealth earned by the bowls themselves.

A story is told about the 2008 Motor City Bowl and how San Jose State and Florida Atlantic tried to gain entrance to the postseason show by seeing who could bid the lowest and be accepted.

The game advertised a $750,000 payout, but Florida Atlantic settled on receiving zero cash, but 750k in tickets. Obviously, FAU was unable to sell that many tickets at full-price and ended up over $41,000 short of budget to send its 126-person traveling party to the bowl.

Other facts and figures:

*Bowl game appearances trigger bonuses for many coaches and athletic department staffers. Alabama paid a total of $1.3 million to its staff after the 2010 BCS title game.

21 Rutgers executives spent $28,950 getting to the game and spent $60,168 over the six days in Birmingham, Alabama. At the time the school was coming off a New Jersey state audit for its wasteful spending on their trip to the 2006 Texas Bowl.

*Florida’s appearance in the 2009 BCS title game came with an advertised payout of $17.5 million, but after the SEC took that money and other payouts from the conferences seven bowl games, Florida ended up with a payout of $2.467 million. After the costs of playing a bowl game within their own state, the Gators ended up with a profit of $47,000.

To quote the authors, “Bowl directors estimate that only fourteen of the thirty-five games generate a legitimate profit for the participating teams.

The next chapter continues to demonstrate the disparity between these football schools losing money in the system in comparison to the wealth of those feeding off of the BCS.

The system has controlled athletic departments as well, since they continue to receive bonuses from their schools for reaching bowl games.

*Ken Hoffman created the Motor City Bowl and ran the International Bowl for three years and openly admits he picks schools based on ticket sales and not the best matchups. He has become wildly successful and is planning on creating a third bowl game.

The author’s state, “Let’s be clear on the scam that’s going on here: Lower-tier bowls exist solely because AD’s are willing to lose their employer’s money to prop the games up. There is no bowl game without the university’s open checkbook to buy tickets they won’t sell and support other expenses. Yet the AD’s have persuaded their employers to handsomely reward them for going to an event that wouldn’t exist without the school.”

Even worse, “bowl scouts” still exist today and still travel all over the country, attending games, being wined and dined on school’s tab, even though their purpose is pretty much useless in today’s modern world.

An assistant AD calls them the “March of the Entitled,” and says, “They show up and want their asses kissed, steak and scotch. Every single weekend we have to entertain these guys, and they aren’t even scouting, they’re just here for a good time. I’ve been arguing for years we stop, but no one will.”

Chapter six takes a look at the university’s and their presidents and why they continue to support the BCS. The authors also examine some of the excuses these leaders of higher learning give for not wanting a playoff.

They state that a vast majority of these university presidents do not have the time to truly understand the problems going on and are almost always briefed by the conferences commissioners, who rather predictably, will not say a bad word about the BCS system.

What’s more, the people around the presidents and conference commissioners are not forward thinkers or reformers, but instead, just lackeys along for the ride. No one is willing to upset the gravy train.

The authors then go into why these people cite academics and missed classes as a reason to not have a playoff and destroy that argument, since their proposed playoff would go on in the same time that the current bowl games do.

Also, basketball teams are missing a lot of classes and no one seems to mind. Alabama closed their entire school for three days due to last year’s title game, and no one batted an eyelash. Even Big Ten commissioner Jim Delany agrees the academic argument has nothing to stand on.

It then goes on to discuss how the Cartel wants people to support using the bowl games for a playoff system because it is a system that would fail miserably.

The Cartel also tried to prop up the notion that these bowl game sites profit immensely from hosting these post-season games, but that neglects how much more money the schools would make by hosting playoff games on campus.

The current bowl system’s impact on local communities is not that great in most cases, but on-campus playoff games would pour millions into the struggling university bank accounts.

From the FanTake blog: One Foot Down 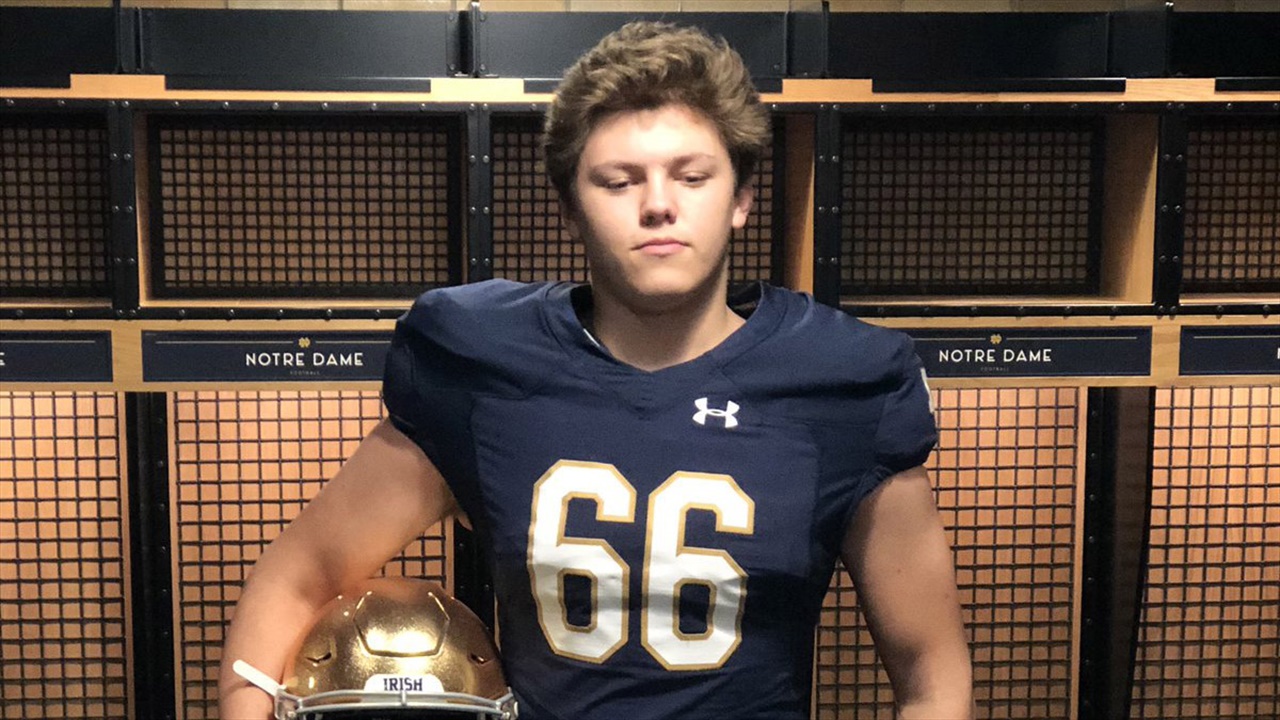