Derek Jeter: Did He Deserve To Win a Gold Glove This Year? 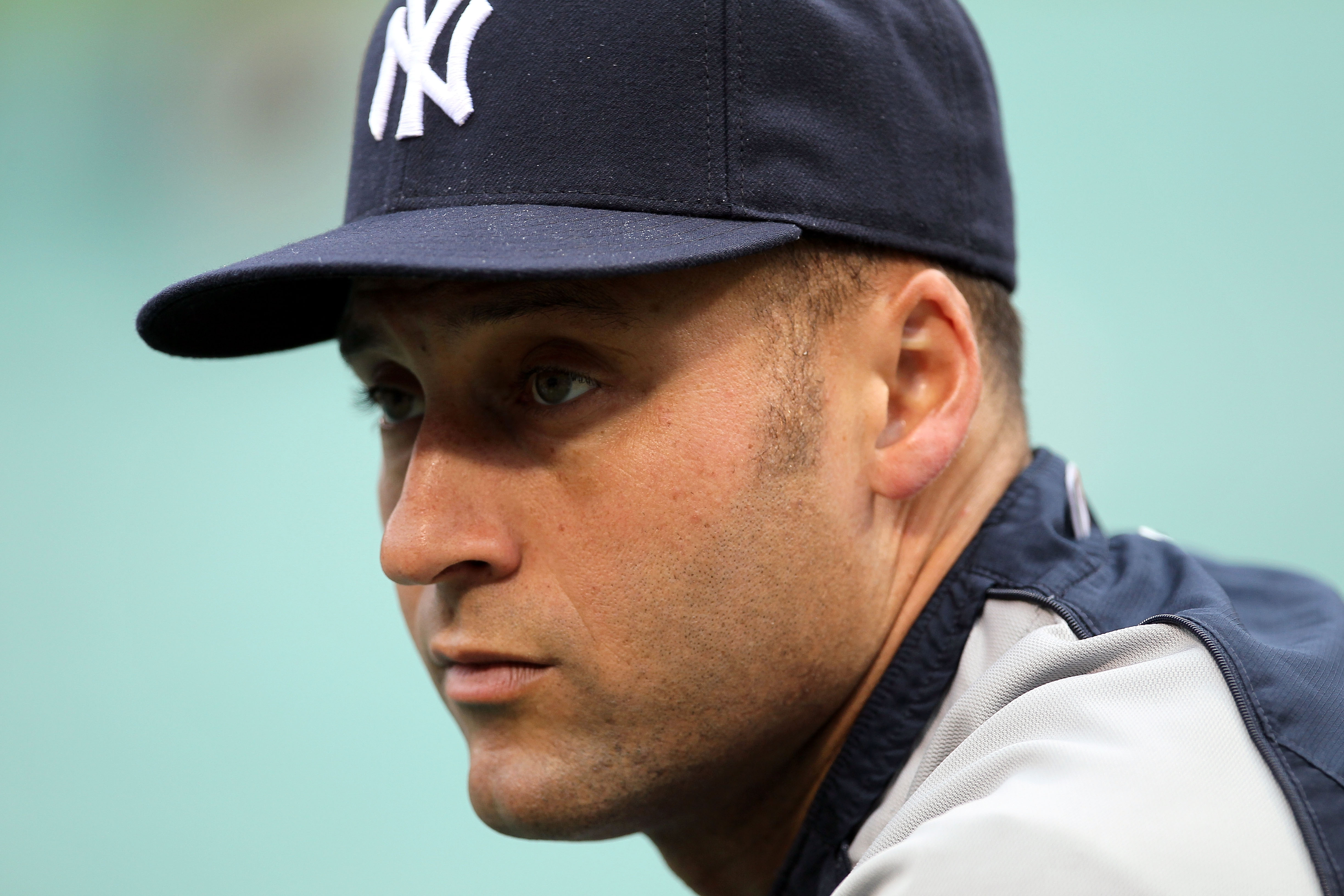 Derek Jeter won the Gold Glove yesterday. The man that has it all just got another gift given to him. Here I will break down the recent award and whether the Yankee shortstop deserved it.

I will play devil's advocate and play both sides of the argument. Because as I have noticed there is no need for the outrage that has come on the heels of this announcement. There are plenty of reasons that Jeter should be lauded with praise.

Here are some of the reasons for and against his recent win. 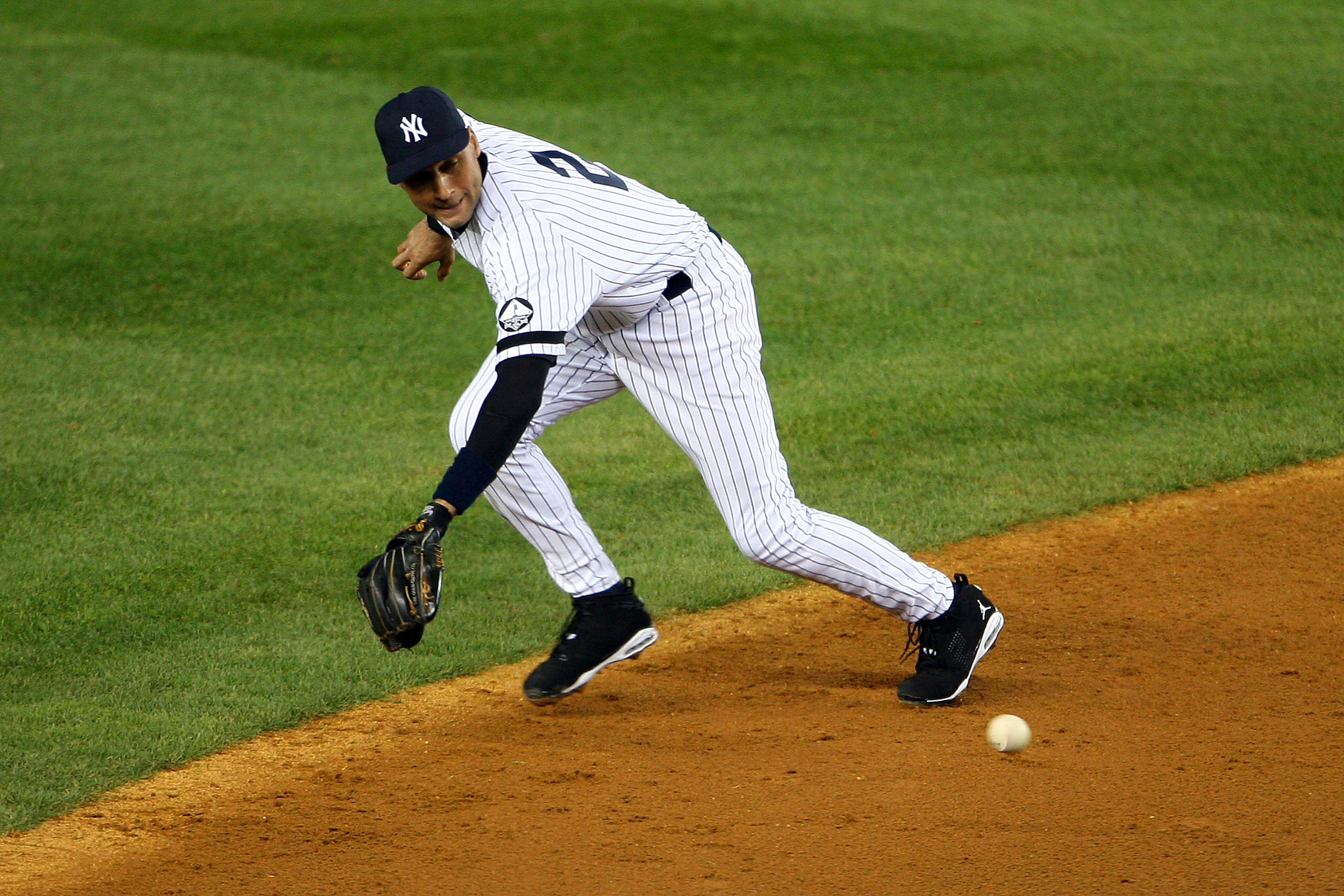 Derek Jeter had only six errors this year. Out of the 157 games he suited up for the Yankees, he only booted six balls.

Jeter has trouble getting to some balls at his age. But when he puts a glove on it, it stays there. There are so many variables that can happen when fielding a ball. There could be a bad hop. The ball could get stuck in your glove. Jeter could even lose his footing and throw the ball away. In such a long season, it is remarkable to think that things went awry only six times for Jeter.

5. Against: Award Is a Popularity Contest 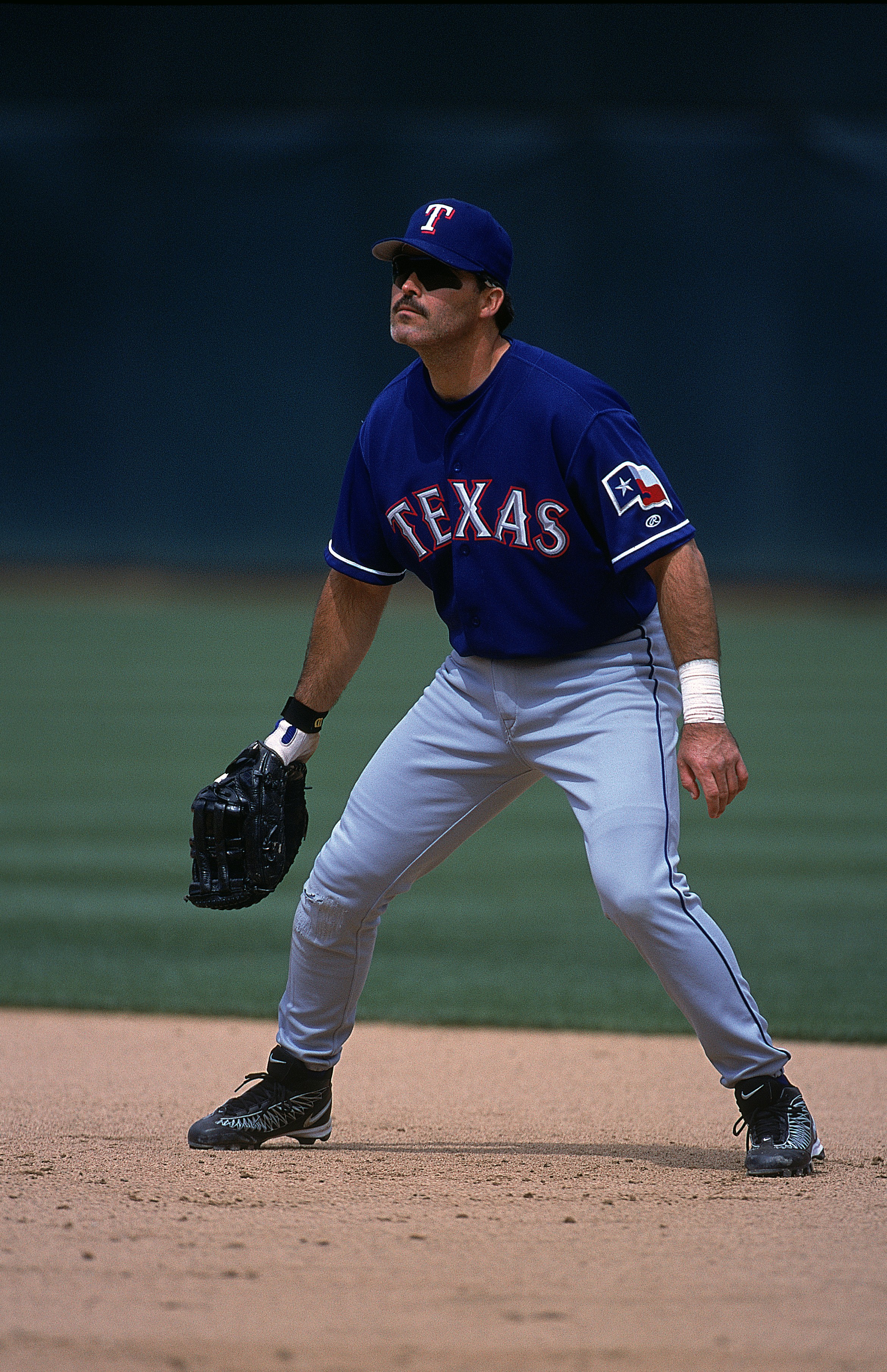 The Gold Glove has received a Good amount of scrutiny since 1999. That year Raphael Palmeiro won the award while playing only 28 games.

Since then, baseball fans have had questions as to the manner the recipients are awarded. It seems that the same athletes get the award every year. It may be much easier for voter's to punch the ballot for a more memorable player rather than a deserving one. 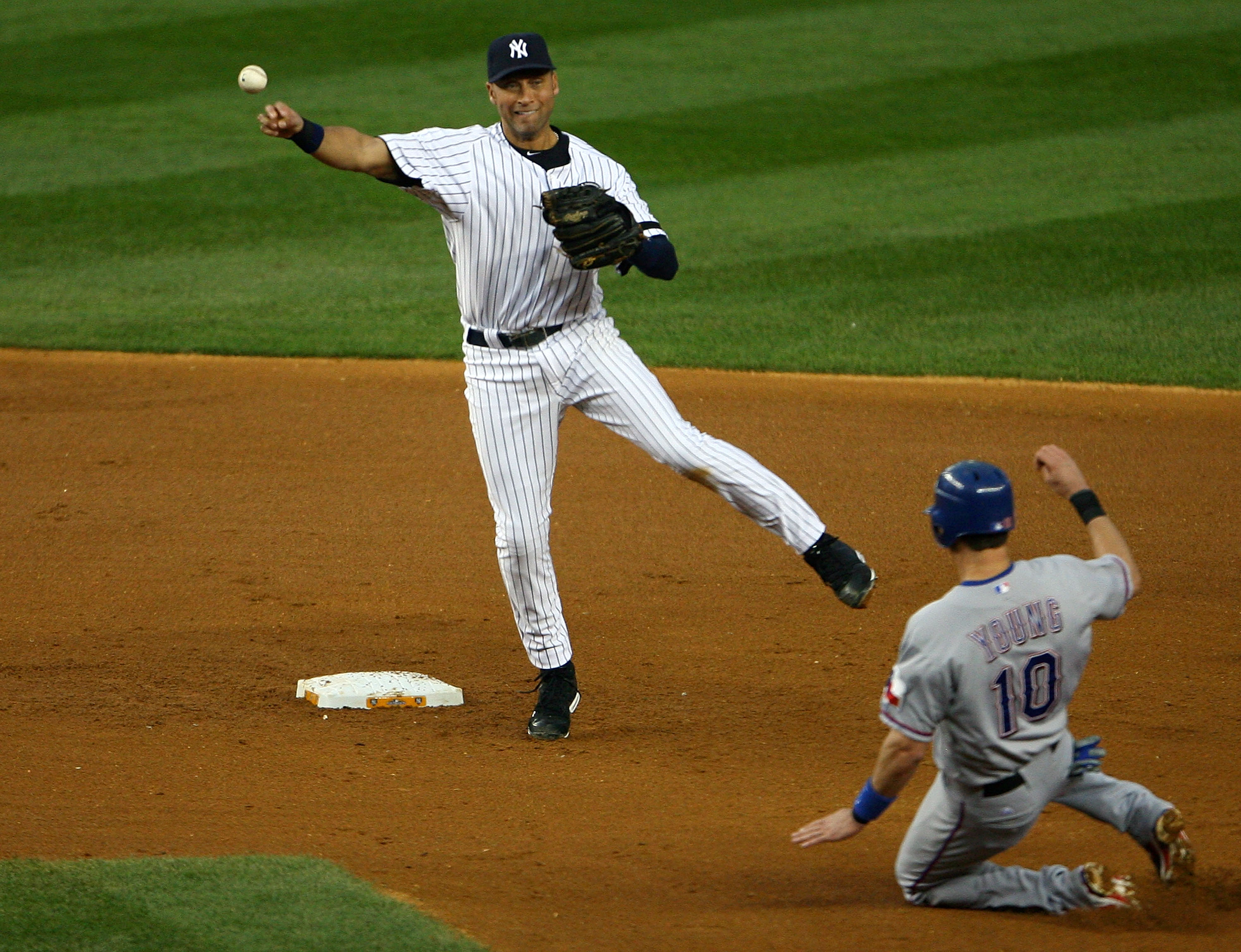 For those unaware, fielding percentage measures the effectiveness of a fielder on balls that come to him. To calculate it, you take the sum of putouts and assists divided by the number of total chances.

The high number basically means that Jeter takes care of the ball better than anyone in baseball. Anytime the ball lands in his glove, you can trust that he will either turn the double play or deliver it to first with a pristine throw. 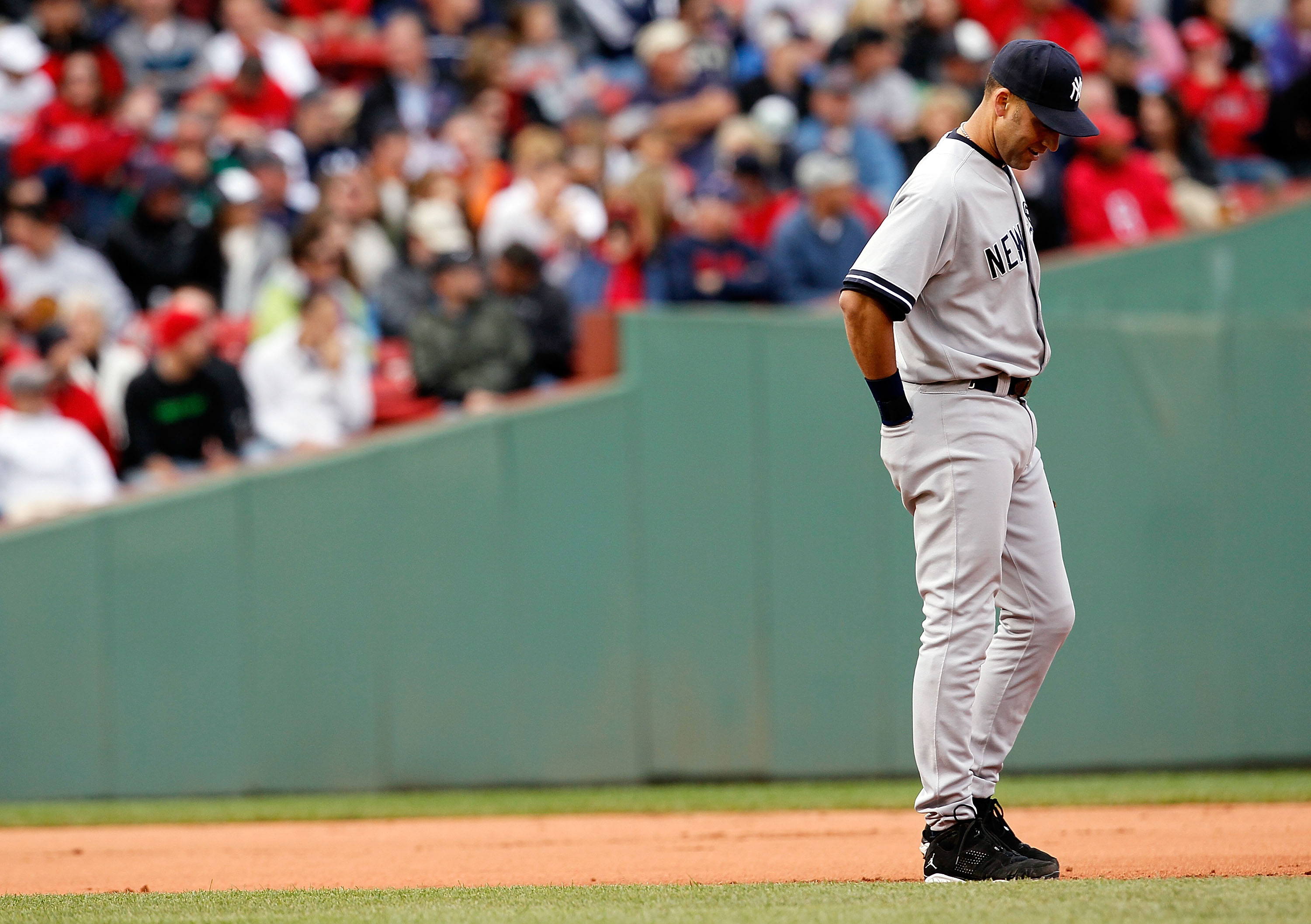 The biggest reason people have a problem with the award being given to Derek Jeter is his range. Jeter has never been seen as a shortstop with great range. But at 36, it has diminished even further.

He may have great fielding percentage and a low rate of errors but there is a reason for the. Jeter does not get to the balls that some younger and quicker shortstops would get to. The Yankees have seen many more balls get through the left side of the infield.

Fielding percentage does not take into account balls that should have been gloved. 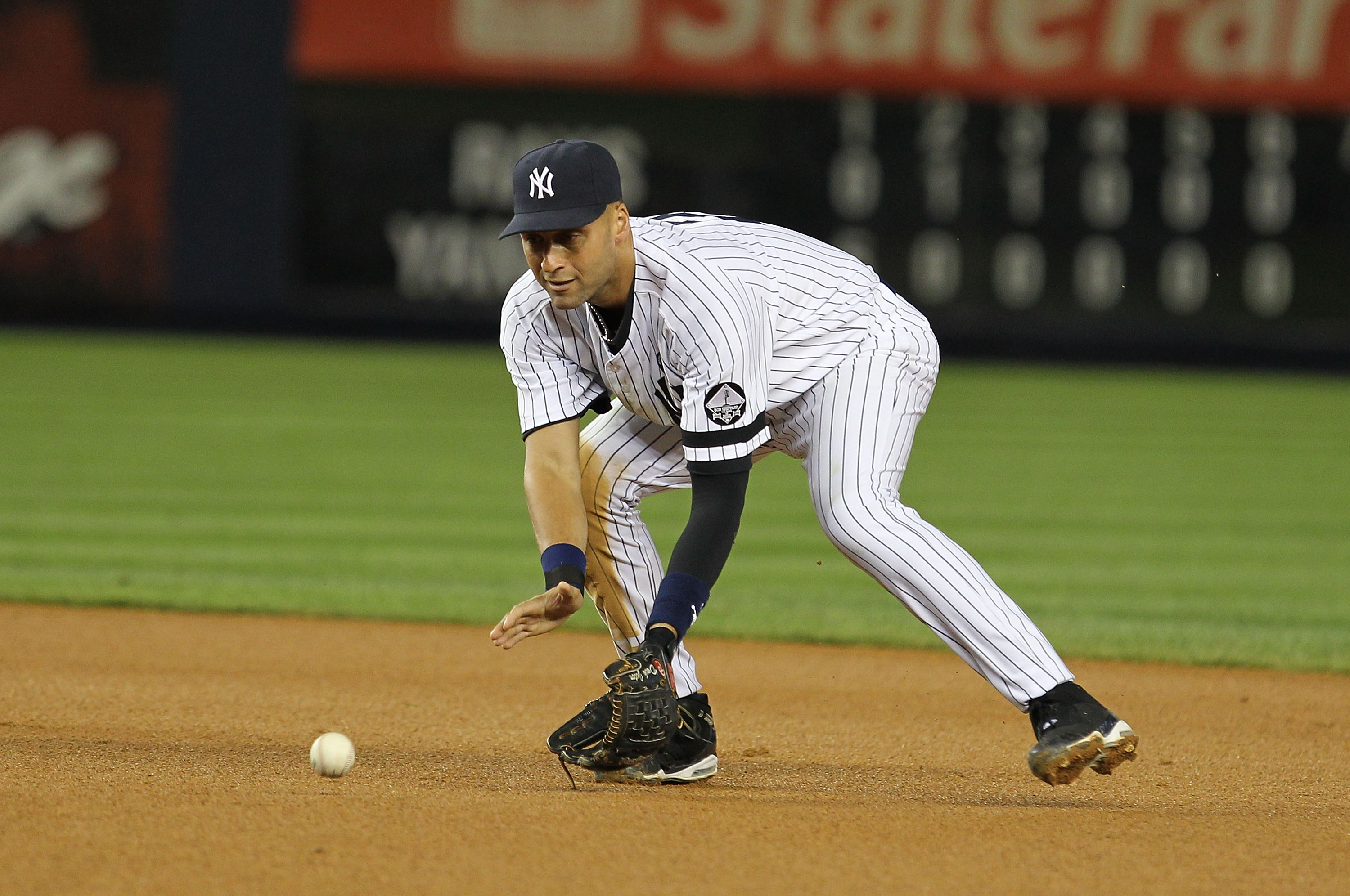 Derek Jeter may not have the range but he reads the ball better than anyone in the game. Jeter has issues getting to the balls up the gaps but he always seems to be in the right place for the ones that he gets to.

Anytime Jeter fields the ball, it is a thing of beauty. He is in the right place with the right footwork every time. That takes a great amount of skill. His ability to read the ball off the bat and be in the exact position he needs to be is second to none. 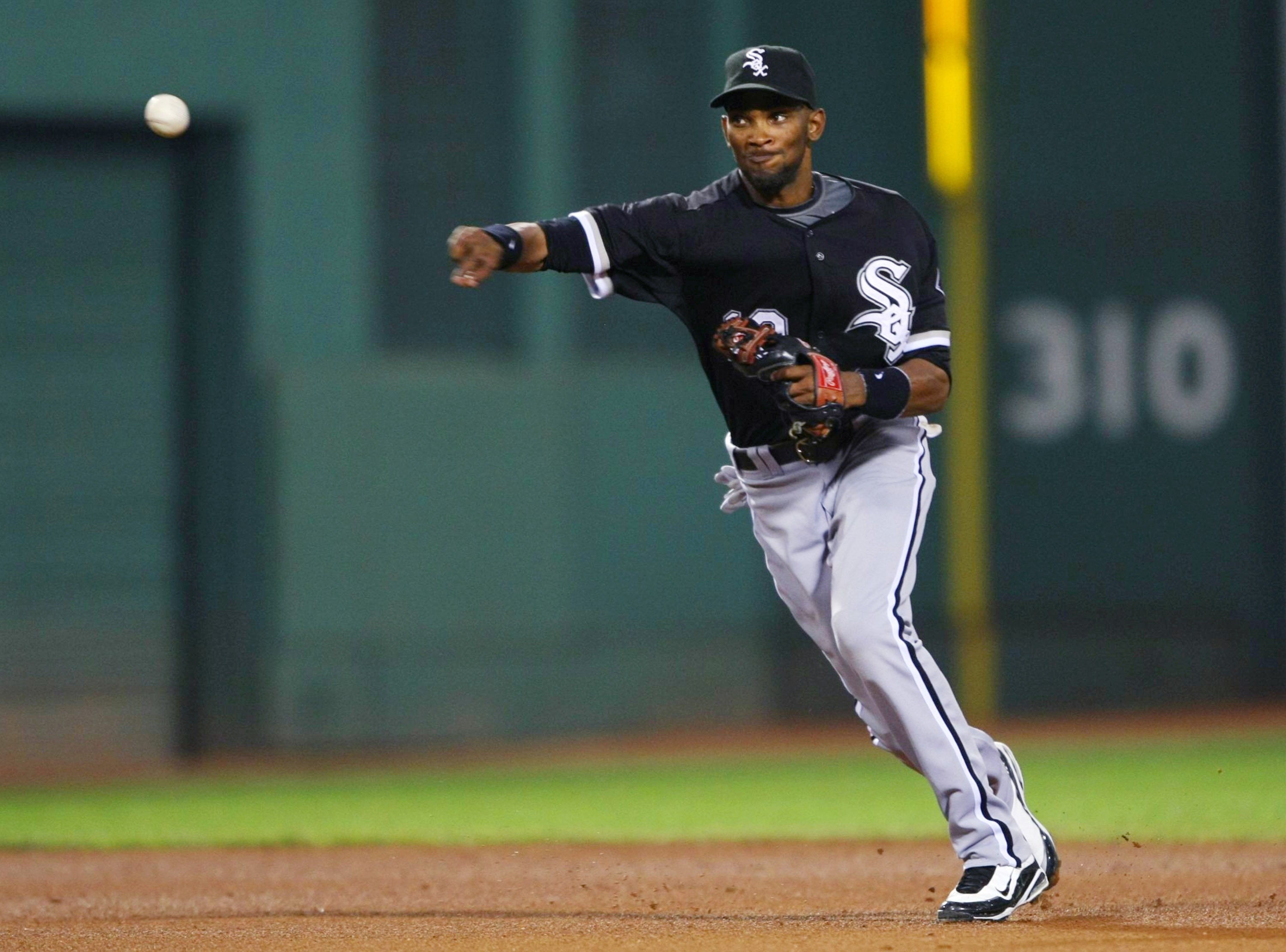 Derek Jeter's competition came from White Sox shortstop Alexei Ramirez. There is no denying that Ramirez had more errors this season. He had 20.

His fielding percentage was still .974. That means that despite his 20 errors, he still took care of business. But I want to state the reason for his errors. Ramirez has immense range. Ramirez can get to balls that Jeter could only dream of getting to.

The fact is, Ramirez at this point of their careers, is a better athlete. He flags down gappers that would normally get through the Yankees left side. Unfortunately for Ramirez, that means that he is chasing down some difficult balls. Many of his errors are due to the fact that he was able to put a glove on a ball that was almost impossible to field.

2. For: Managers and Coaches Choose 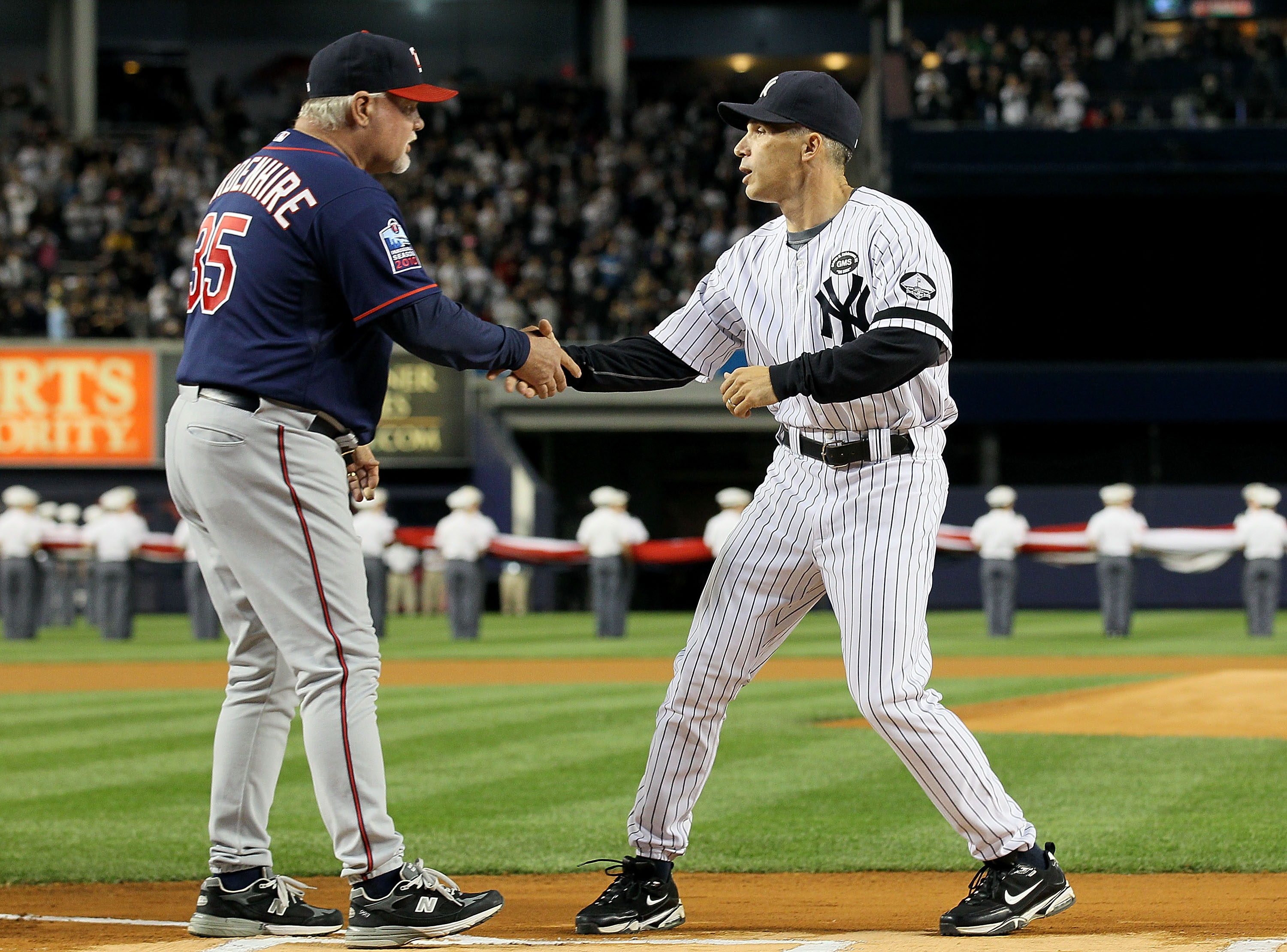 The Gold Glove is voted for by managers and coaches in their respective leagues. Those men that are around for all 162 games are the ones that are placing their votes.

In that regard they have a better vantage to determine what constitutes a Gold Glove winner. We the public have an issue with explaining what the Gold Glove actually means. Is it the statistics that rule the day or the physical talent? Those within the game know that gray area very well and vote accordingly. I just wish they would let us know what they look for. 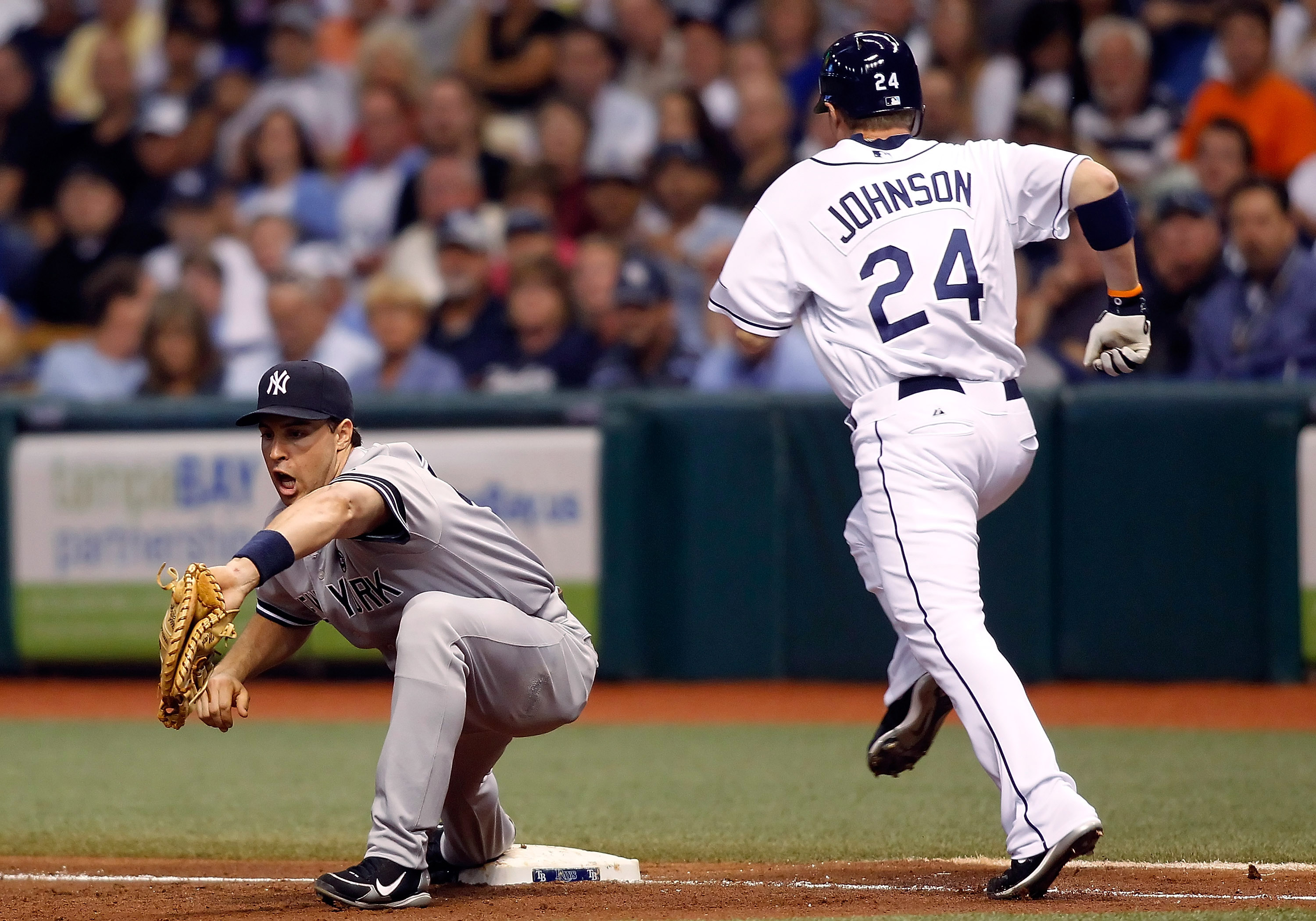 If we are going with fielding percentage as the leading indicator for a Gold Glove winner, then Derek Jeter has an unfair advantage.

Having the best first baseman on your team is a huge plus. Mark Teixeira makes good fielders look great with his ability to scoop errantly thrown balls. As Jeter loves to throw on the run, some of his throws that would normally get bobbled by a normal first baseman are fielded with ease.

There has to be a way to take the first baseman out of the equation. The voters must take into account subjective views of each fielder. Fielding percentage is just to heavily weighted to those with better role players playing with them. 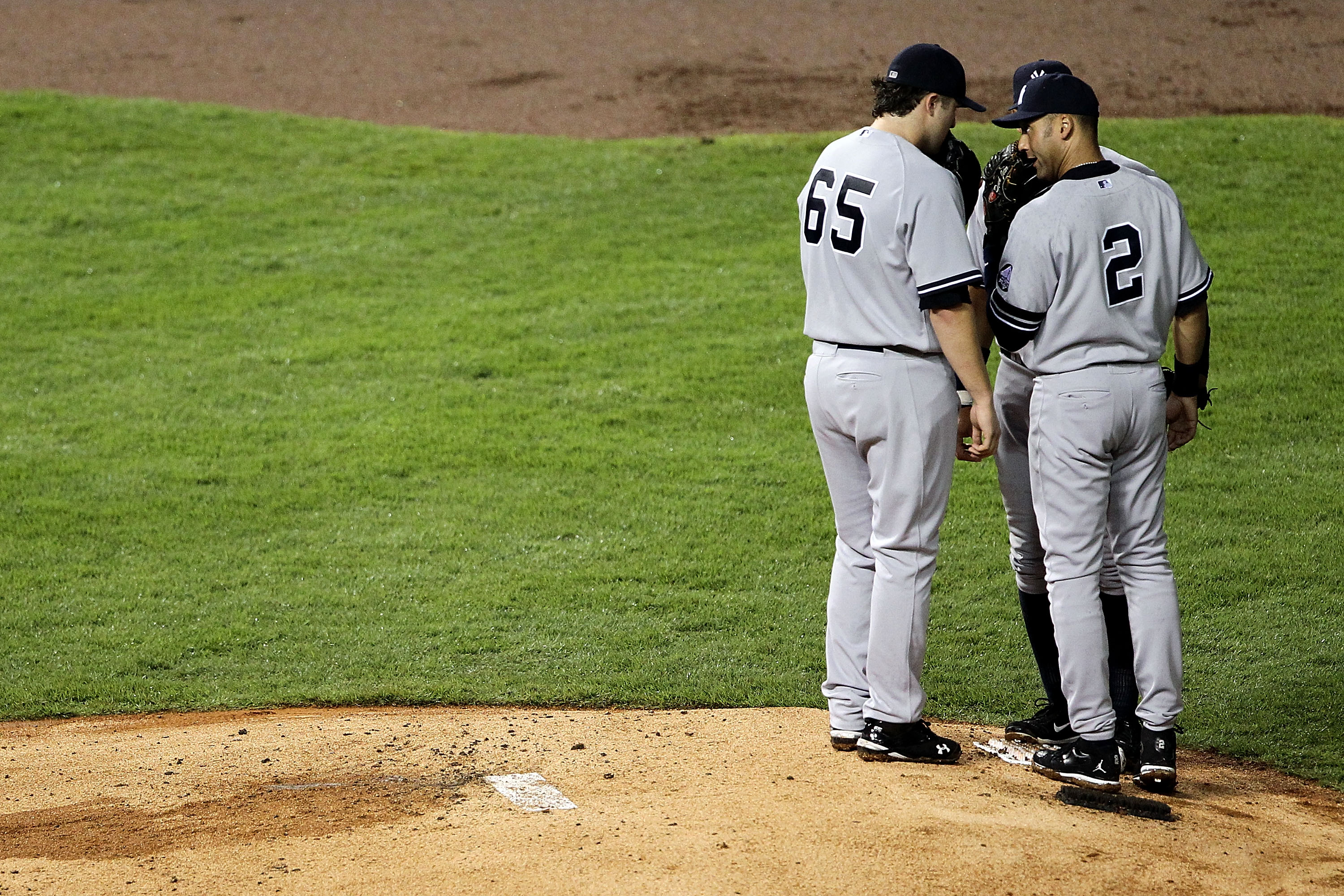 While maintaining a vital bat in the lineup and a hot glove in the field, Jeter must also be a leader. While fielding percentage, range, and talent are all good indicators of a great fielder, the shortstop must be more.

The shortstop is the leader in the infield. He communicates what he see on the field to the rest of the players. Who has the throw from the catcher? What shift are they running? The shortstop is in charge of many little things that make a big difference on the field. Derek Jeter is one of the better on-the-field generals that baseball has ever known.

1. Against: Fans Have Him Pegged Differently 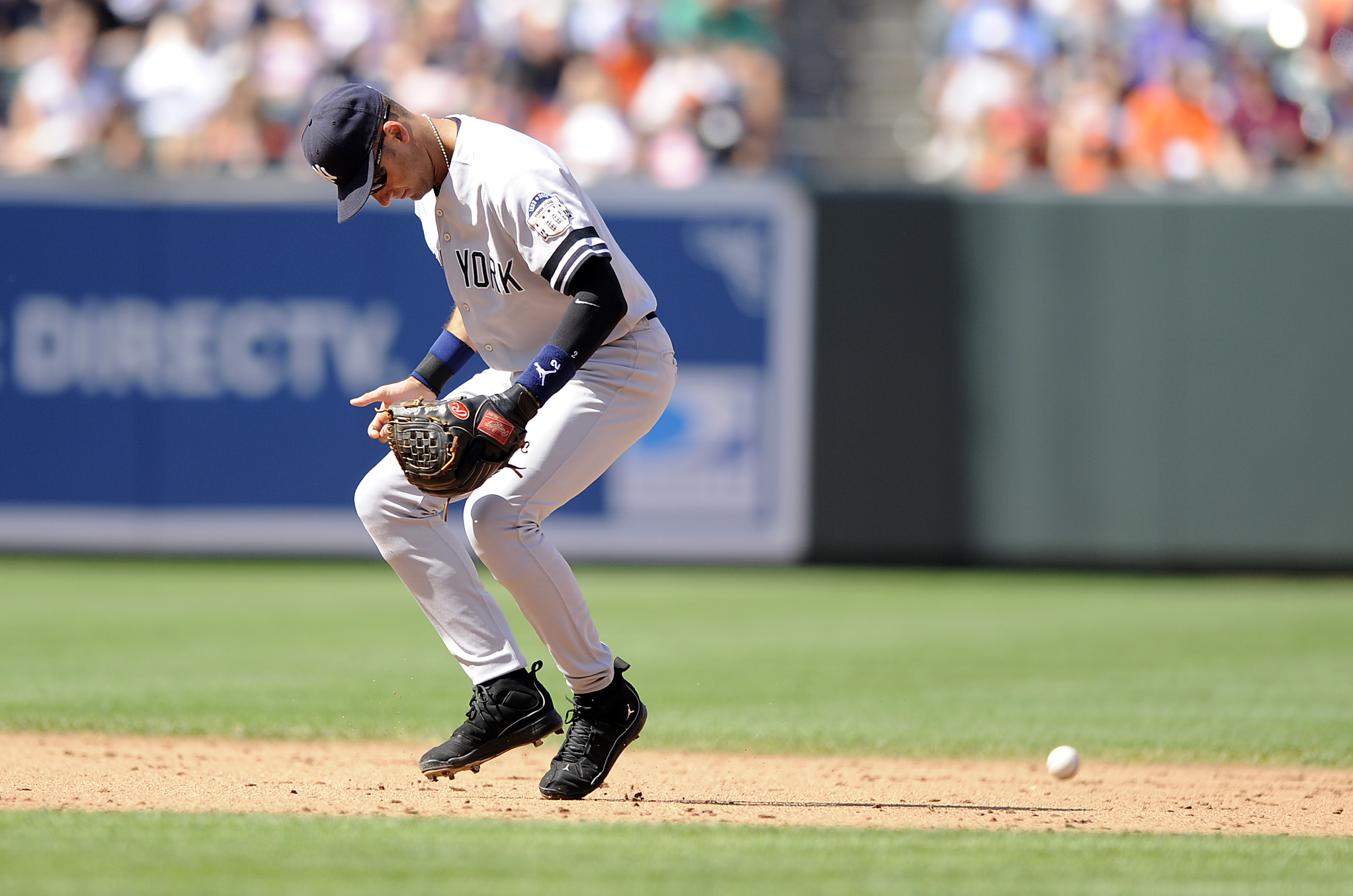 There has been a huge reaction from the fans to the announcement that Derek Jeter is your 2010 Gold Glove winner.

Many fans have him down as one of the worst shortstops in the American League. Baseball Evaluation has him as eleventh overall behind Stephen Drew.  Fangraphs would also like to dispute the legitimacy of the award.

The point is that without the cache that his name evokes, Derek Jeter would not even be in the discussion as a great fielder amongst fans. 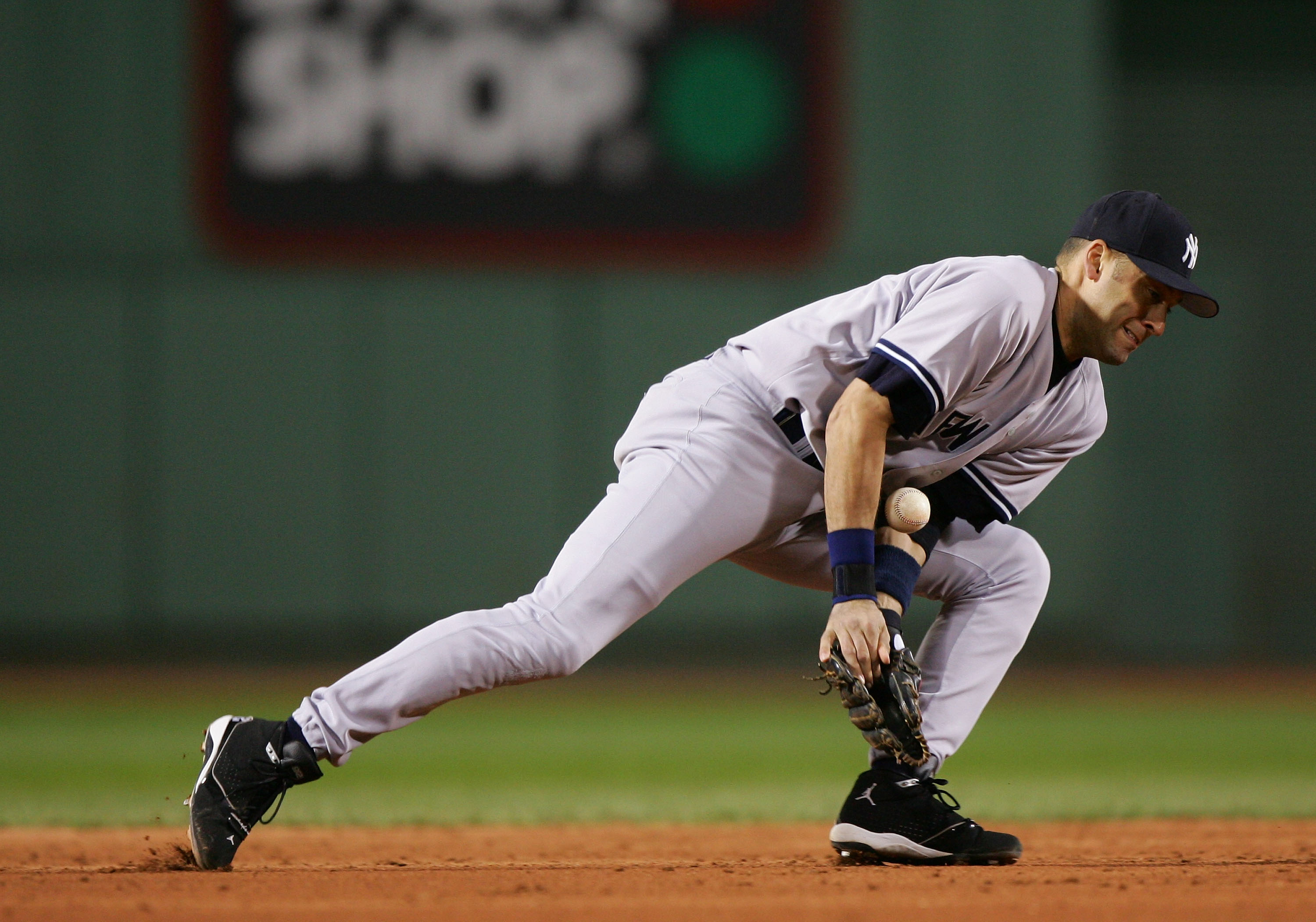 This was a difficult because we still have no idea what the criteria is for being a Gold Glove winner. It is clear that it is not amazing physical feats. Otherwise, Ramirez would be the hands down winner.

So if it is statistics you have to give it to Jeter. But as I have presented, there are too many variables that go unnoticed in that scenario.

My personal opinion is that the Gold Glove has lost credibility in recent years. It used to mean something to win the award. Jeter may have been a competent shortstop this year, that does not mean he was the best.