LeBron James: 12 Reasons His First Season in Miami Will Cripple His NBA Legacy 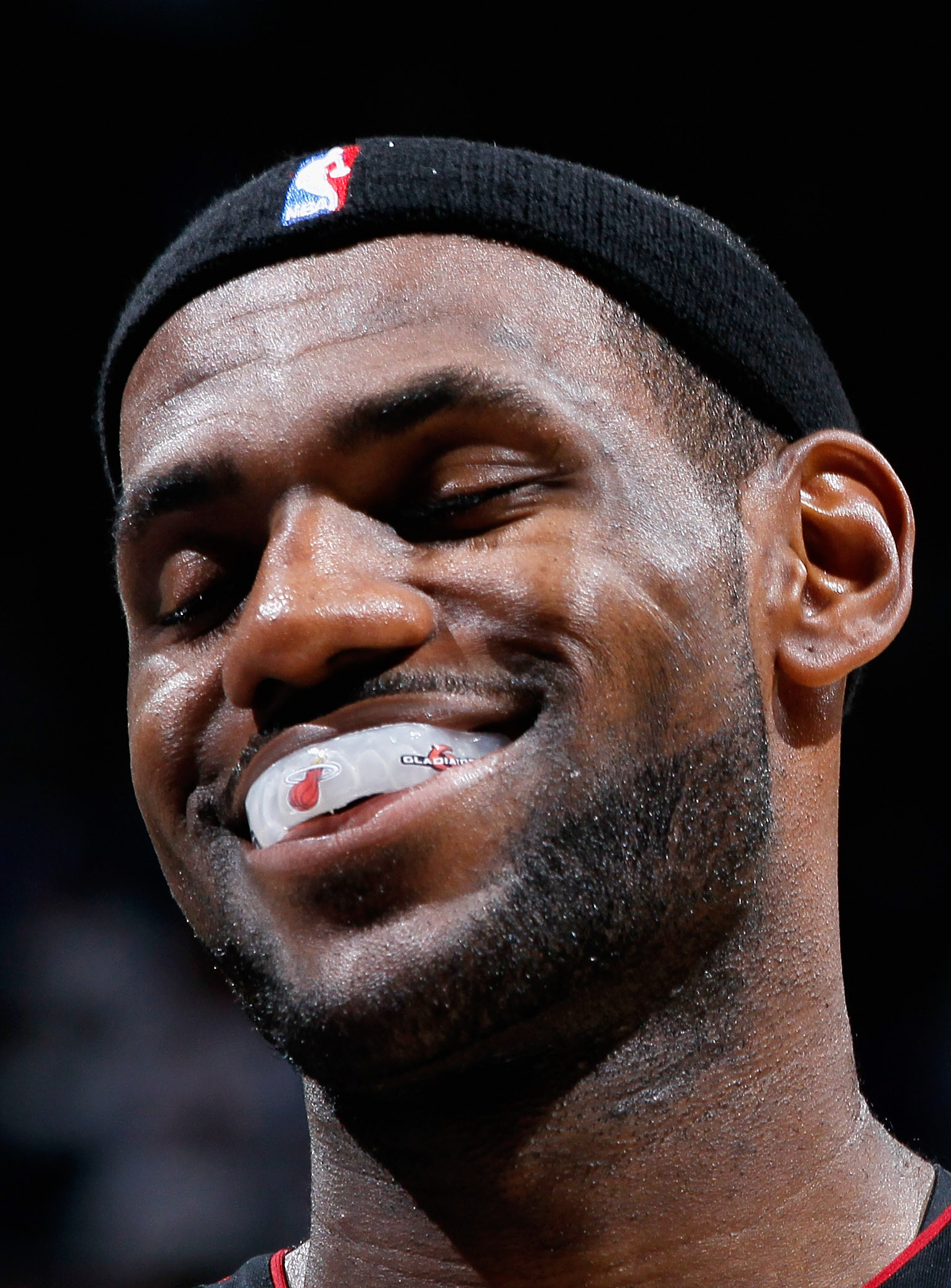 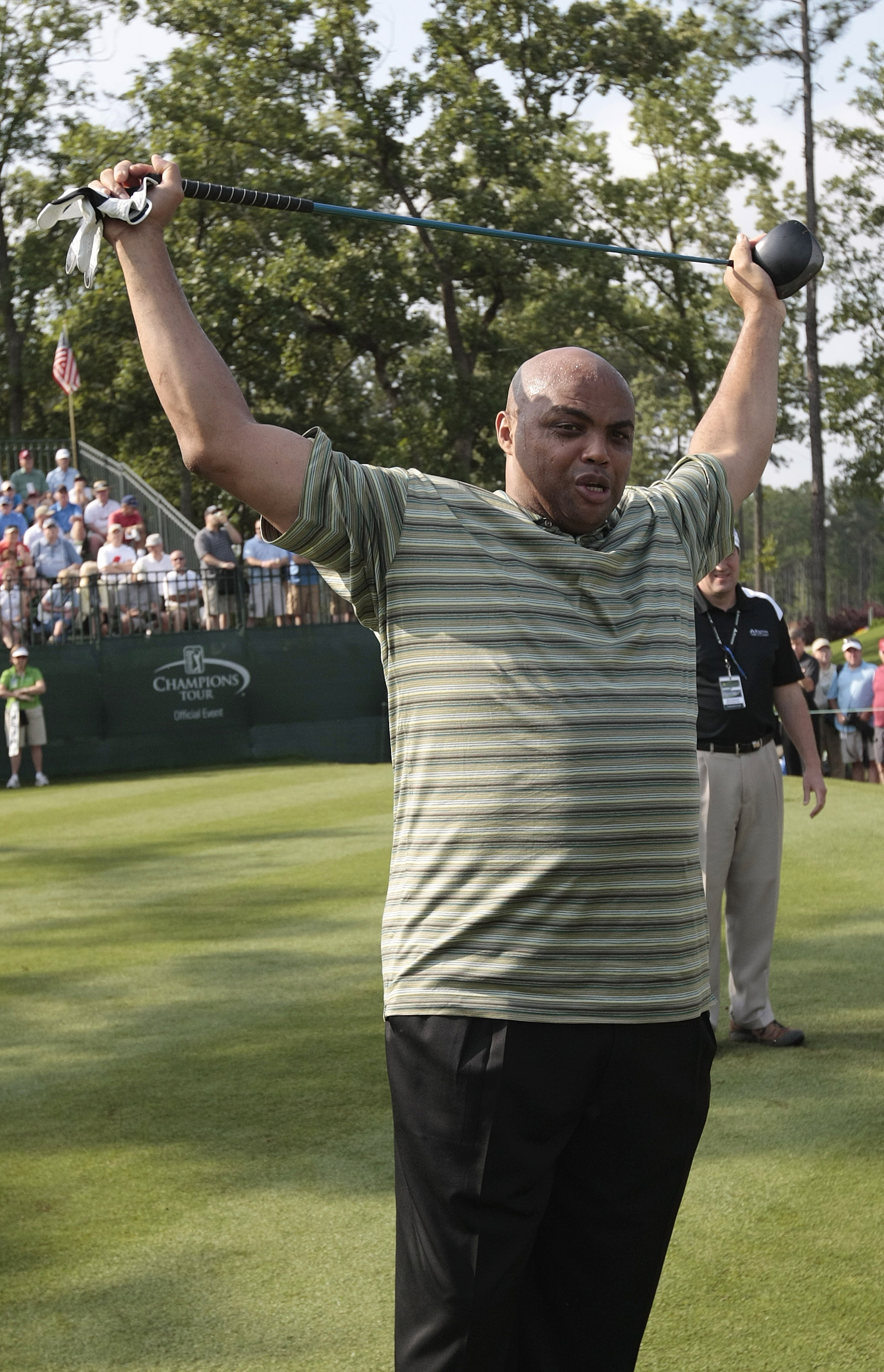 You might find this surprising, but people actually listen to Sir Charles. Being one of the best to ever play the game, whatever Charles says usually spreads around quickly. What exactly did he say about Bron's decision though?

“It’s like watching a movie. Just when you think it couldn't get any stupider, it gets more stupid."

"Sometimes you just say he’s making bad decisions and you’re like okay, he’s gonna get it together. Then he makes more bad decisions. The thing that’s interesting about LeBron, I don’t think Magic, Michael and myself, we said we wouldn't have did it."

Barkley also said he was "disturbed" because he thought this was planned out ahead of time. 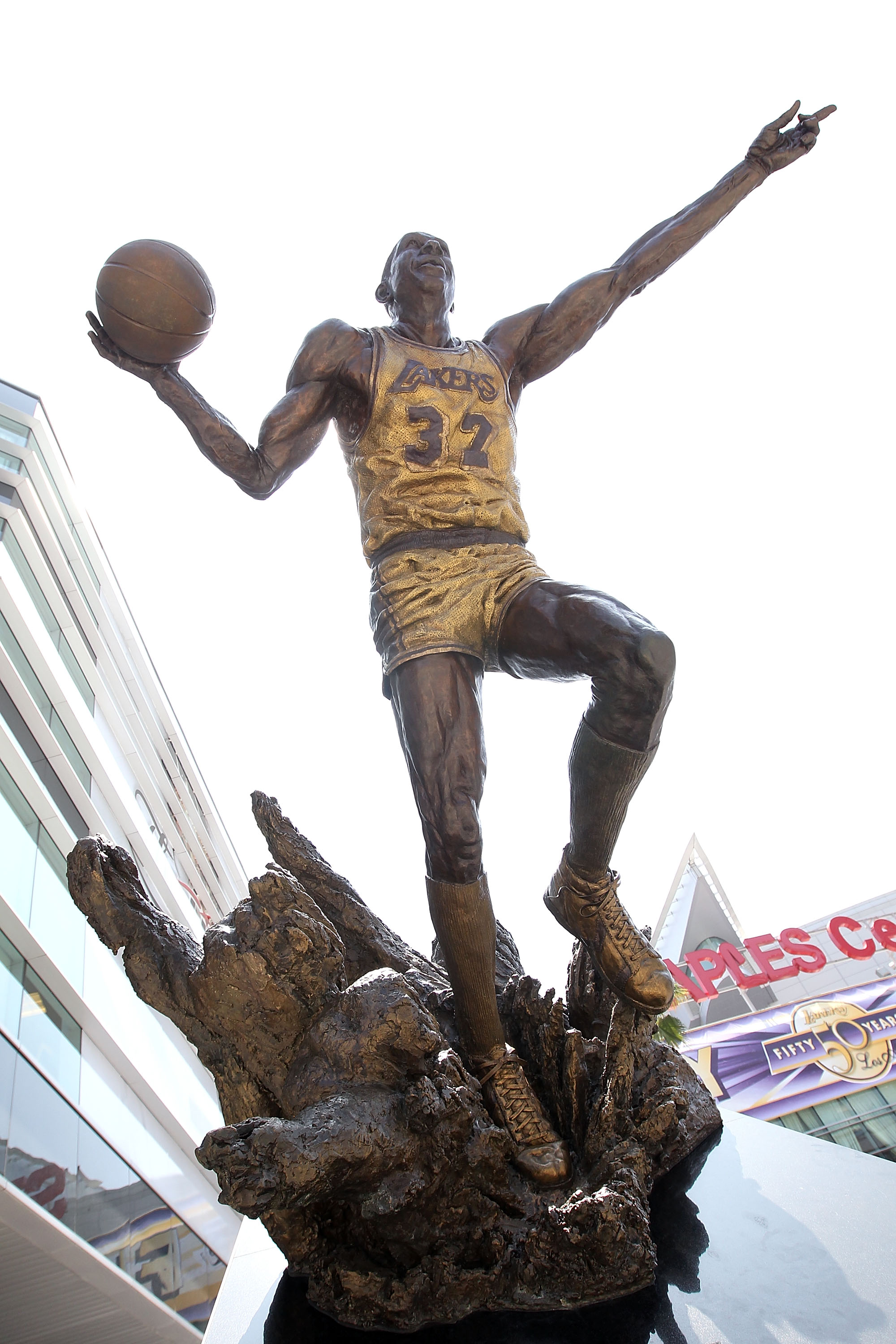 Some people can shake off what Charles Barkley says, strangely enough some people think he's an idiot. But what happens when a more recognizable legend says something bad about LeBron?

"We didn't think about it cause that's not what we were about."

"From college, I was trying to figure out how to beat Larry Bird."

Wait so is Magic saying that LeBron is scared of the competition?

Very interesting considering besides LeBron, two of the best players in the league are on the Miami Heat.

I wonder what Michael Jordan has to say about this... 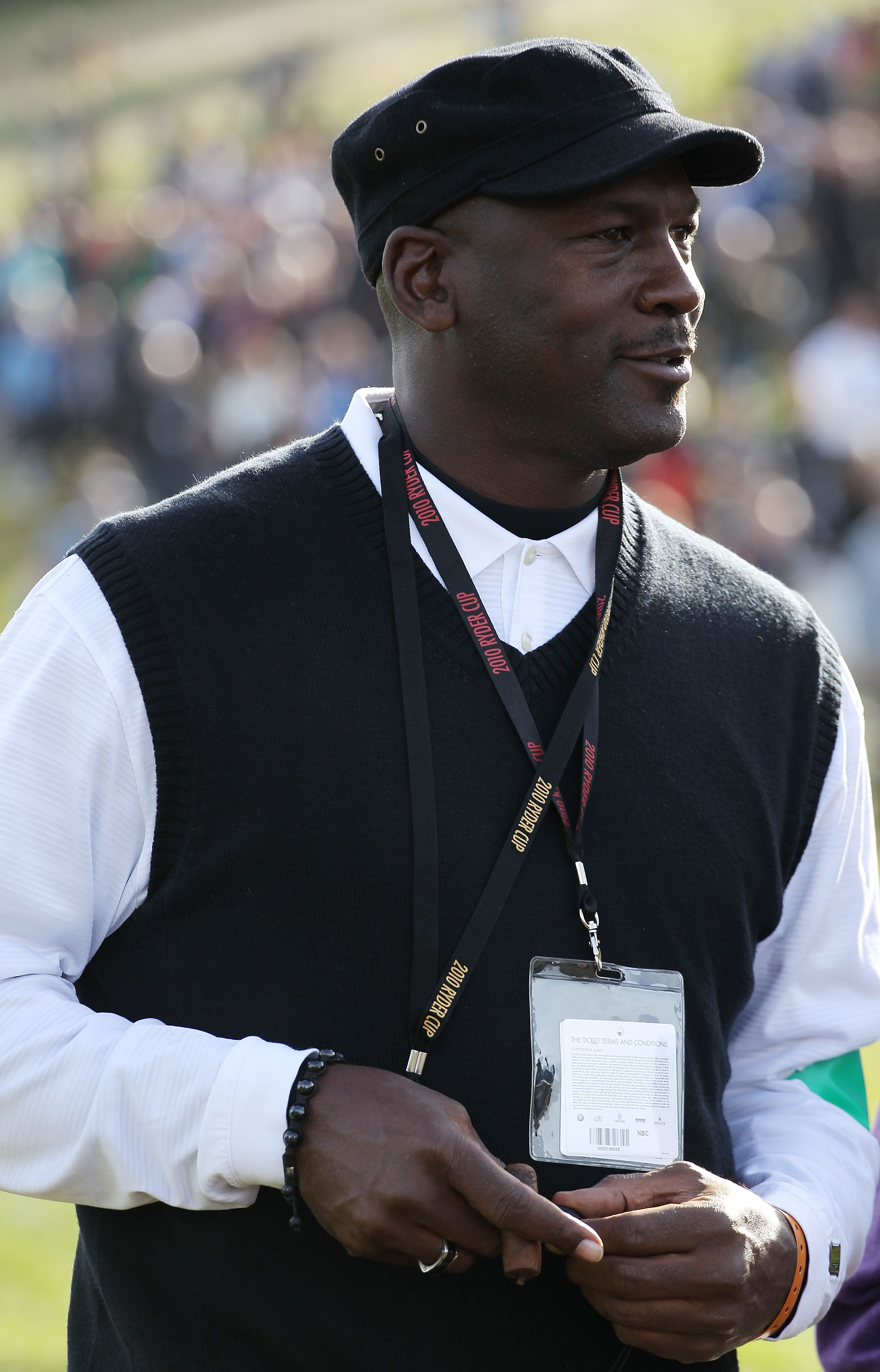 How would you feel if Michael Jordan, the best player in the history of the game, said he wouldn't have done the same.

Maybe that doesn't sound like much, but Michael said he wanted to beat the best, not team up with them.

"There's no way, with hindsight, I would've ever called up Larry [Bird], called up Magic [Johnson] and said, 'Hey, look, let's get together and play on one team."

I mean, he said there is absolutely no possible way he would team up with these guys.

You can bet more criticism will come from these legends, especially from Barkley throughout the season. But the big hit to his legacy is Michael Jordan saying it, nobody doesn't listen to Michael Jordan about these things. 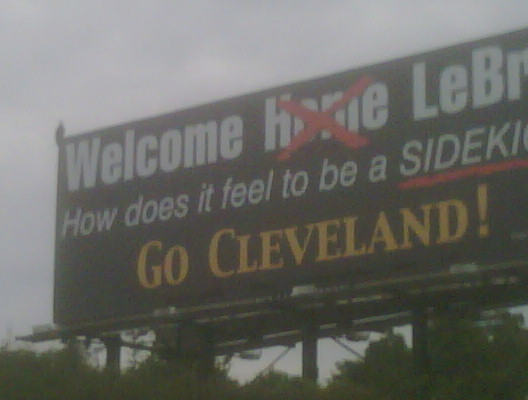 You can argue this all you want, but I think we all know Dwyane Wade is the No. 1 option on this team. He's been the face of the Heat since 2004. I for one don't expect that to change. Wade arranged all this and no matter what will be the number one option.

I don't think Michael Jordan was ever a number two option in his prime. Frankly I don't think Joe Johnson has ever not been a No. 1 option, even though Joe doesn't have the same kind of talent around him as LeBron does, but still. C'mon man. 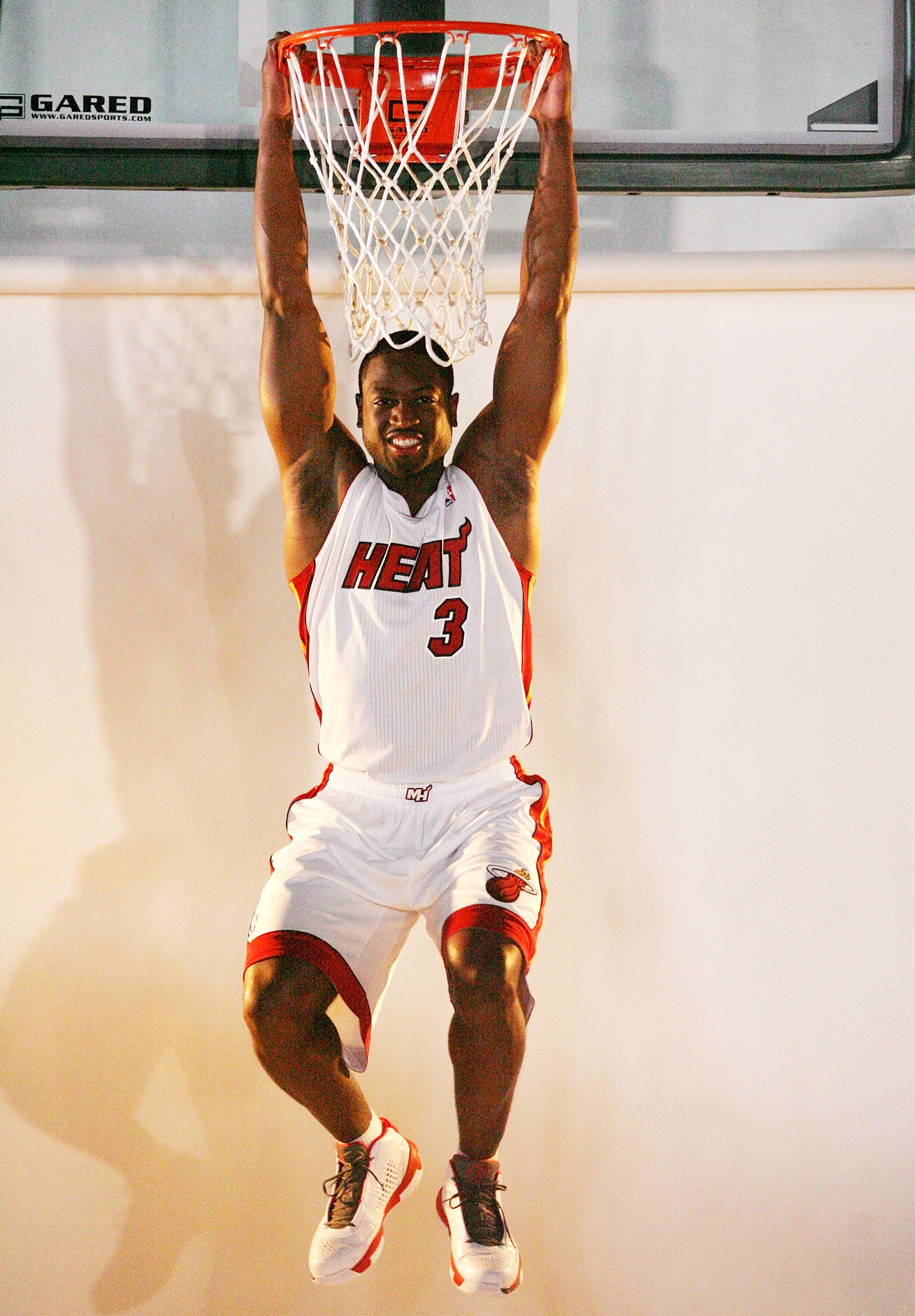 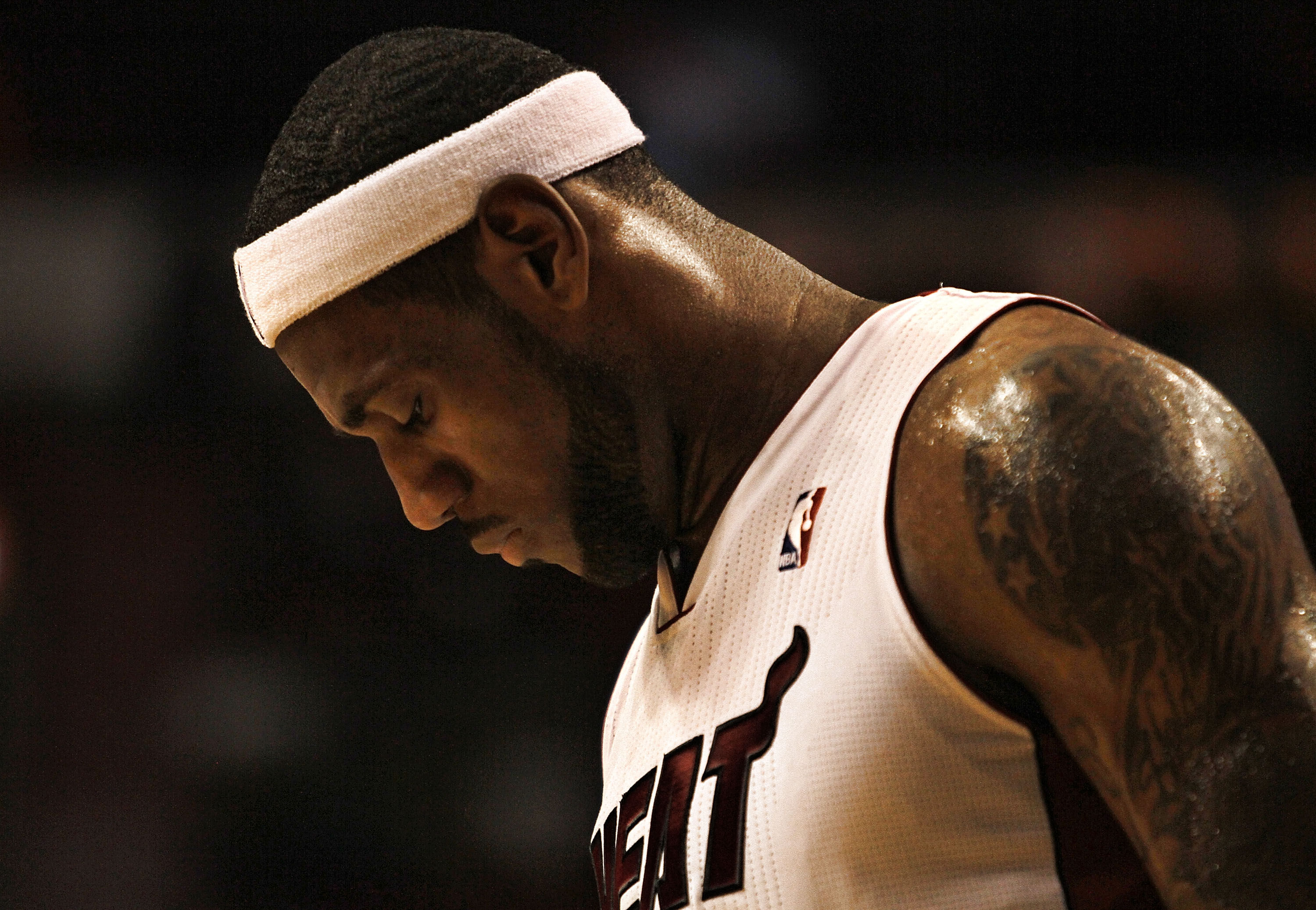 I'm pretty sure, for the most part, everyone who is not a Heat fan despises LeBron. I hated him before he left Cleveland, I hate him 10 times as much because of the way he left. But none the less, how is it going to feel when you get booed 42 games every single year. Especially Cleveland. I have no respect for LeBron, I think that's how a lot of people feel. Maybe if he just made a private announcement saying I'm going to Miami, but a one hour special? C'mon man. I have a feeling that history will repeat itself and he'll make more bad decisions this season.

If The Heat Don't Win, He's Seen As a Bigger Failure Than He Was in Cleavland 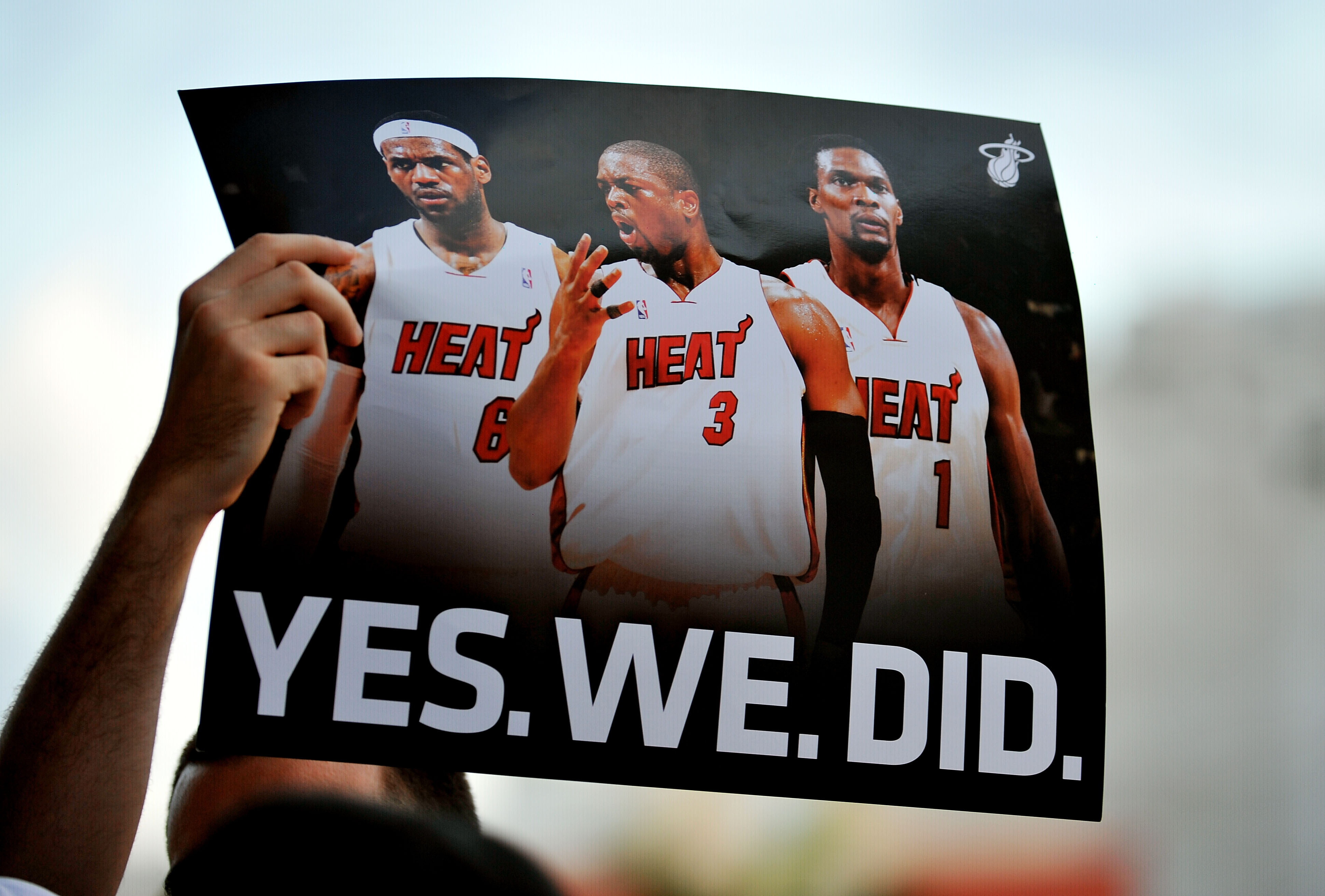 If he cannot win a championship this year in Miami, people will start to start to say that he has a curse (Tracy McGrady?). Carrying around the luggage of a curse and the fact that you are going to be out of your prime in three to four years is a heavy weight on the shoulders of LeBron. Time will tell if he can handle that weight.

If The Heat DO Win: He Can't Do It Without Wade 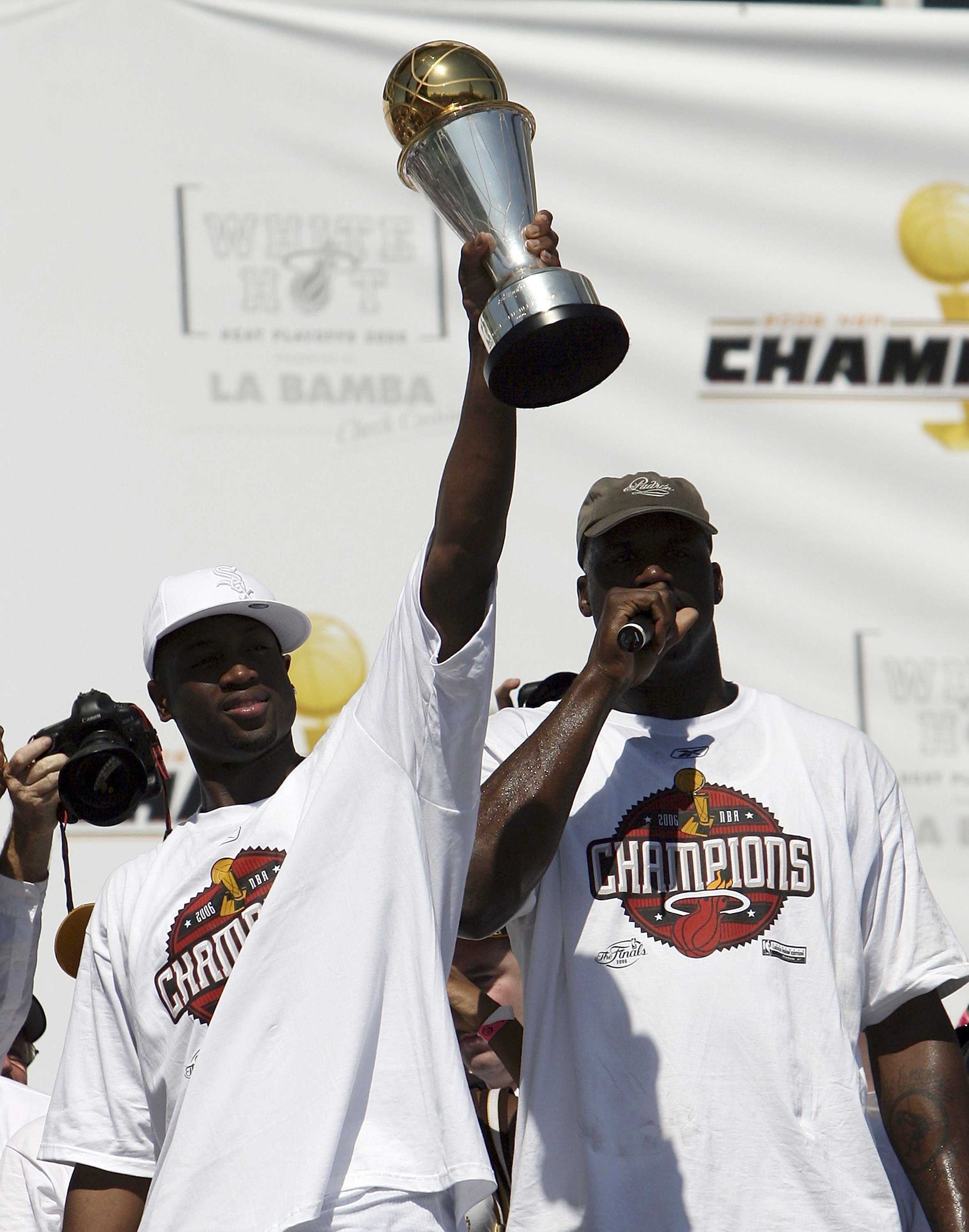 Unfortunately for LeBron, this will happen. People will question if he can win a championship without Wade. Like they did with Kobe and Shaq. We may never find out if he can considering he could be in Miami the rest of his career and so could Wade.

The thing that's interesting is he might not be able to! He had a good team in Cleveland, he had two other all-stars in Mo Williams and Antawn Jamison. He had six years to win one in Cleveland, why didn't he? Will it take him till he's 30 before he can win a championship without another superstar player by his side? That's a big question that will be asked and will affect his legacy.

If He's Hurt His Legacy This Much By October, Imagine What He Could Do By June 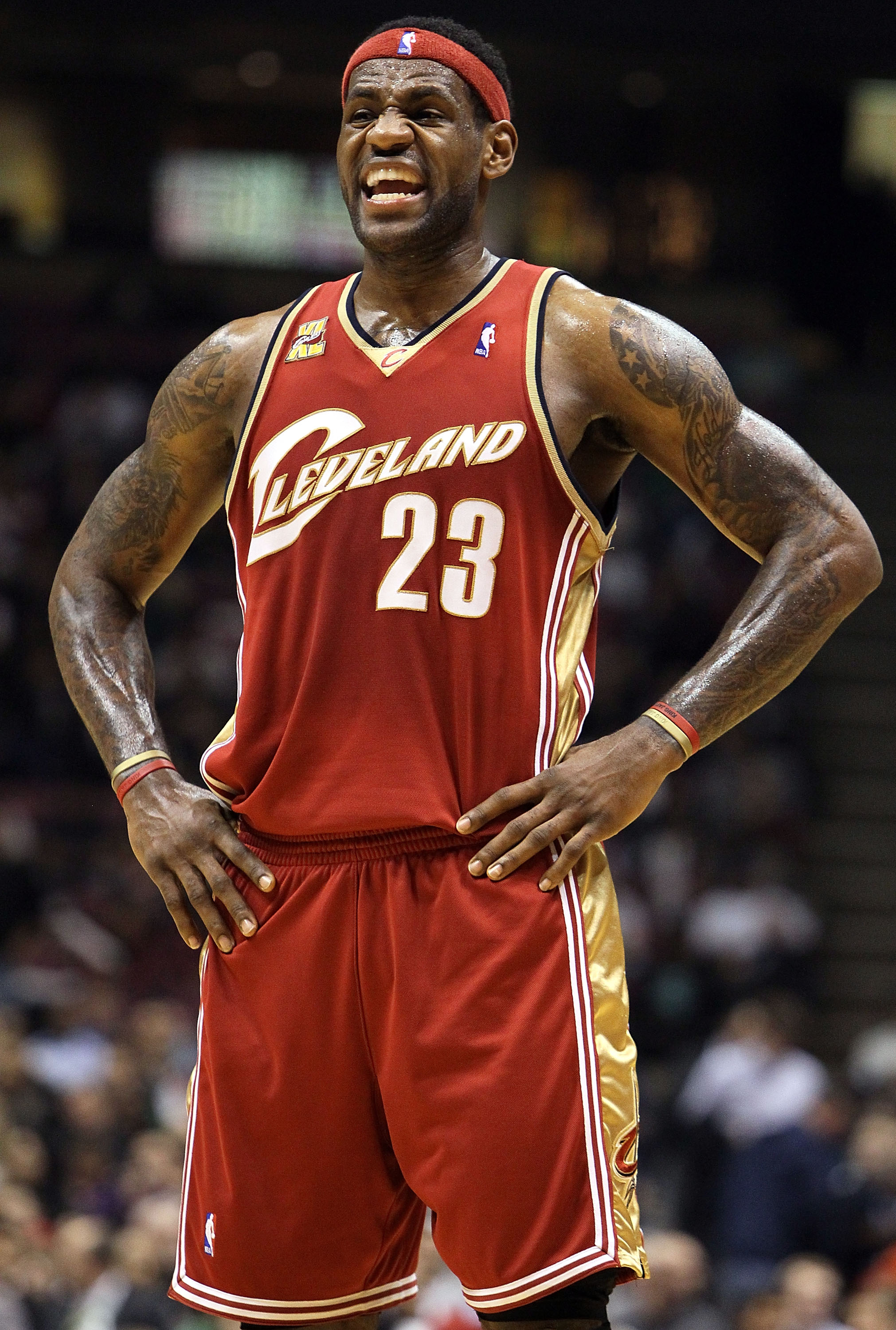 But like the title of this slide says, could we have the next Latrell Sprewell? (Maybe I'm taking it a bit to far).

People Will Be Hanging On His Every Movement, Waiting For a Mistake 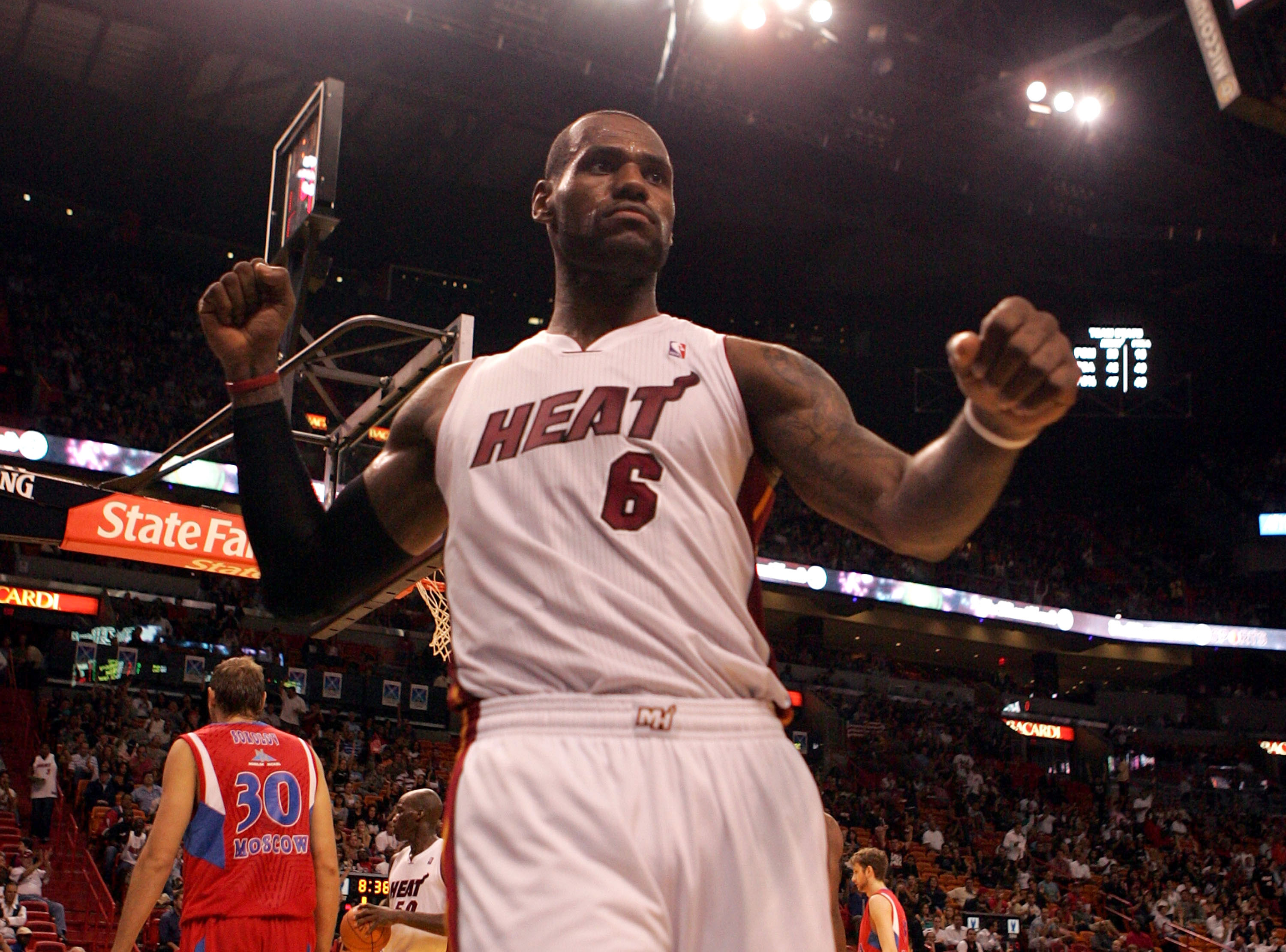 Every movement, every word, every play and every loss. People will be finding flaws in LeBron. People don't like LeBron and for good reason. But every single person on this earth (excluding Florida) will be waiting for a mistake. Press can be a good thing, but too much of it can be bad. LeBron will soon find this out. 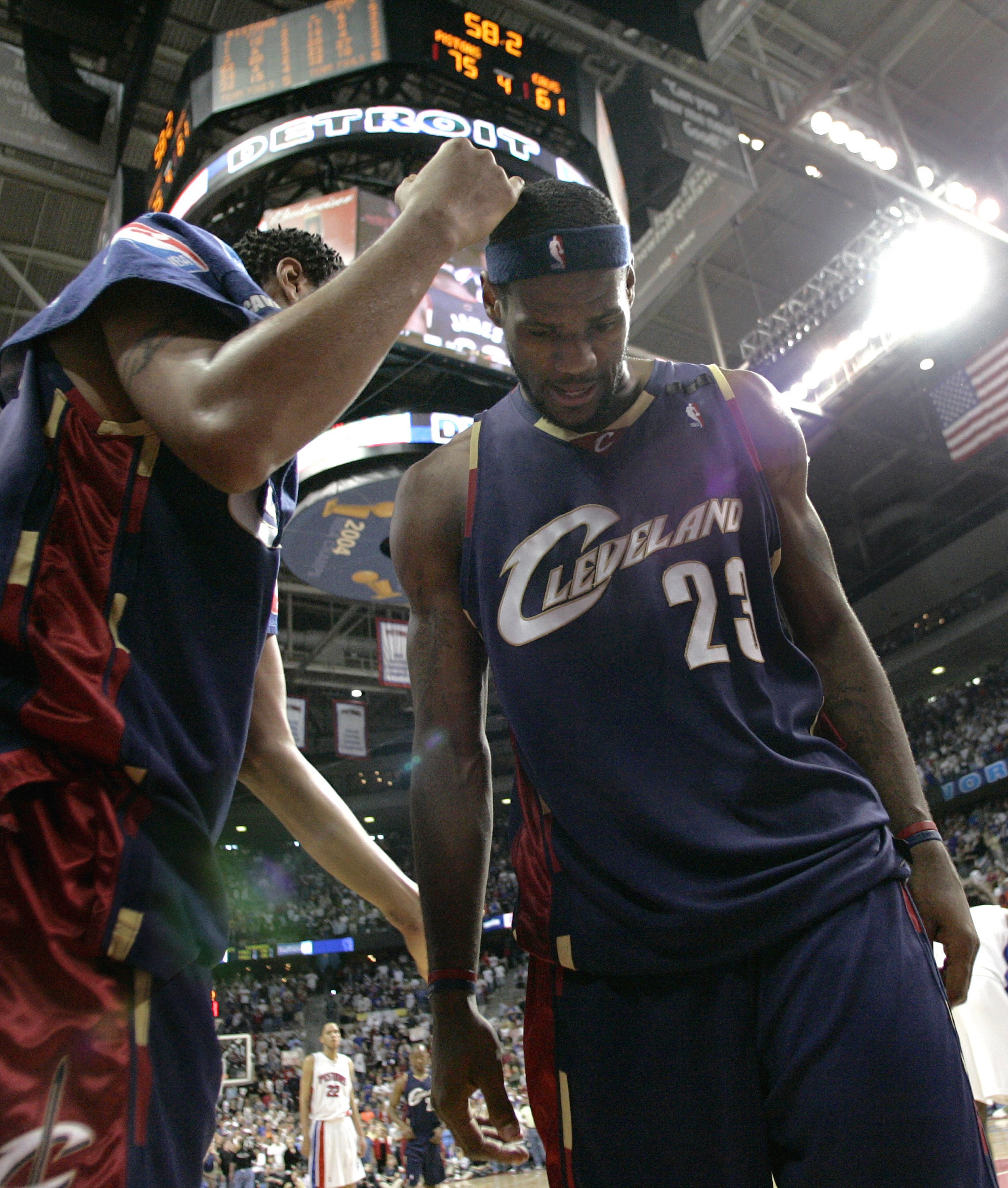 Yes Cleveland, I agree with you, he quit. He did not try in the winding minutes of some very important playoff games. I have a feeling he will not try to hard in some playoff games, it's just how he is. I don't know what his motives are to not want to win playoff games but all I know is he and Tracy McGrady are pretty similar. Neither of them really had to much success in the playoffs (although LeBron has made it to the finals and out of the first round). 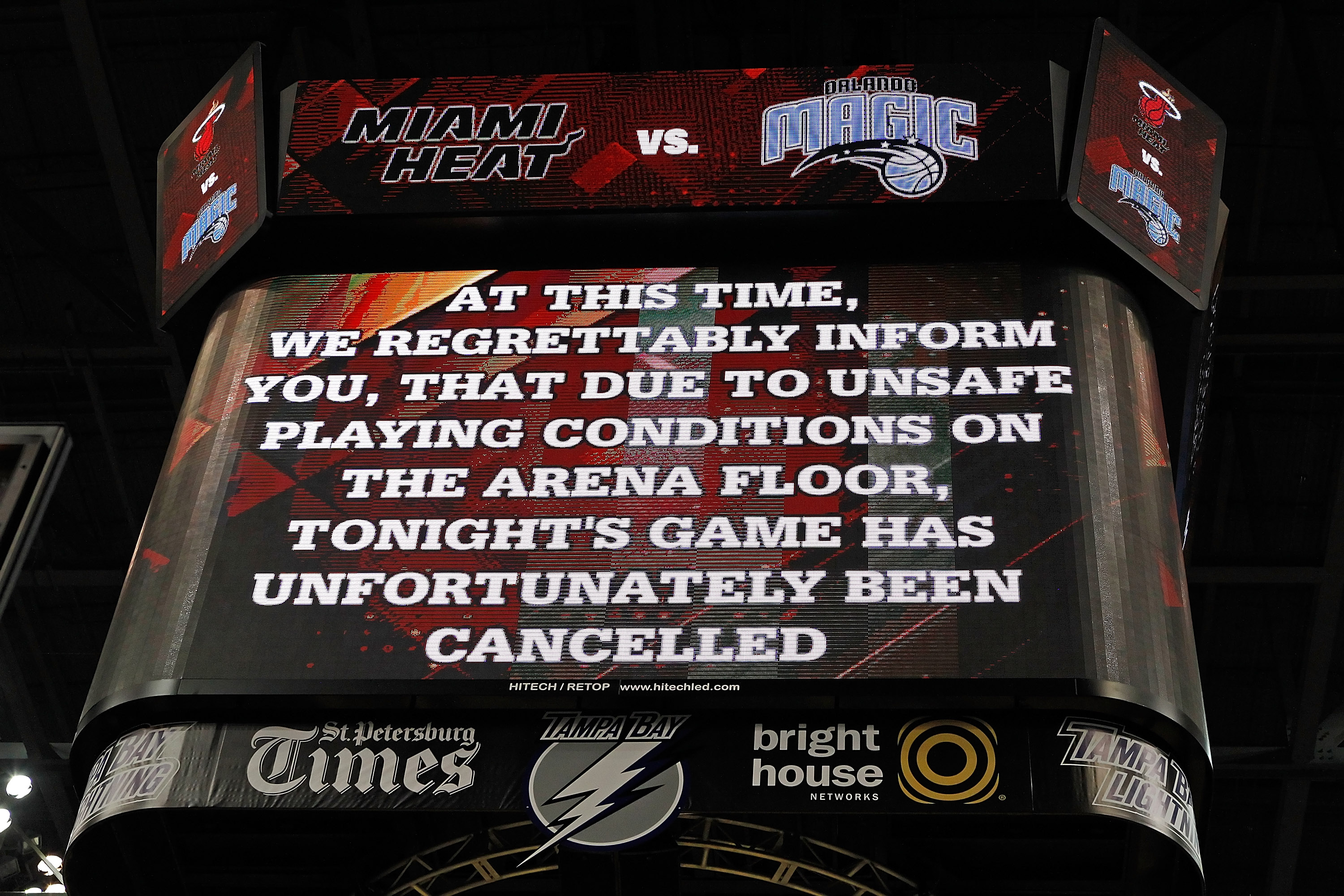 I cannot even explain how much hype has been placed on this Heat team. But I don't feel sorry for LeBron, he brought this upon himself. But he won't live up to half of it. Triple double? 70 wins? Yeah right. Seriously there is only one team with 70 plus wins, the Chicago Bulls and by the end of this NBA season, that will remain to be the case. Oscar Robertson is the only player to average a triple double throughout a season, at the end of this season that will remain to be the case. These are ridiculous claims. Miami won't have LeBron bringing the ball up every play like he did in Cleveland. The Heat actually run an offense unlike the Cavs letting LeBron score octagon offense. (I'm trying to make Mike Brown sound like a decent coach by putting the word octagon in there...) 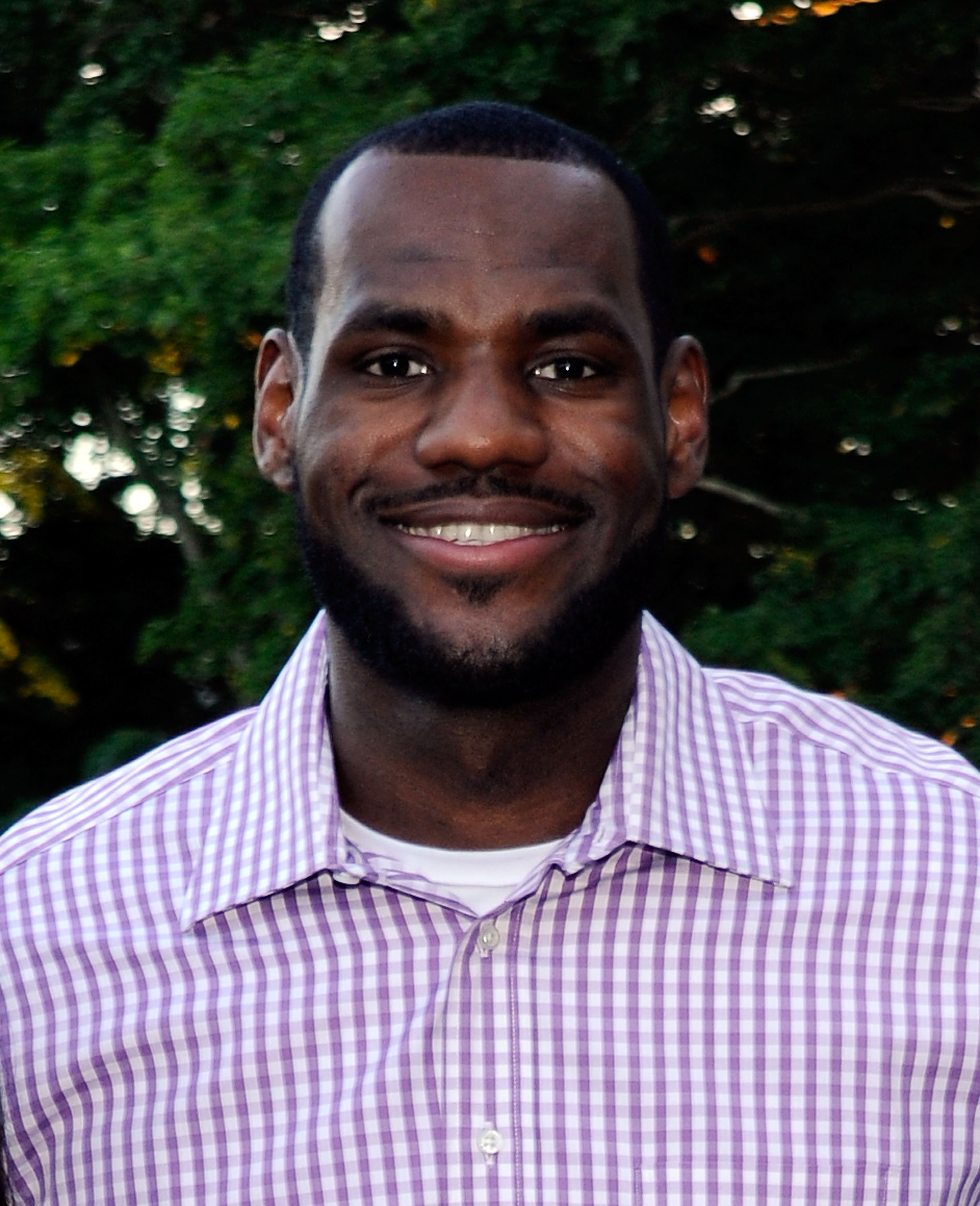 Well in my opinion Bron is only going to hurt himself this season. But go ahead and share your opinion down below. Or if you agree go ahead and click the like button. Thanks for reading guys! Hope you enjoyed.

I'm doing a live blog of the Lakers-Rockets opening day, starting it at 10 eastern so make sure you check that out.

That's about it guys! Hope your teams have a great NBA season (by teams I mean the Rockets).