FC Barcelona: Rating the Players' Performances So Far This Season 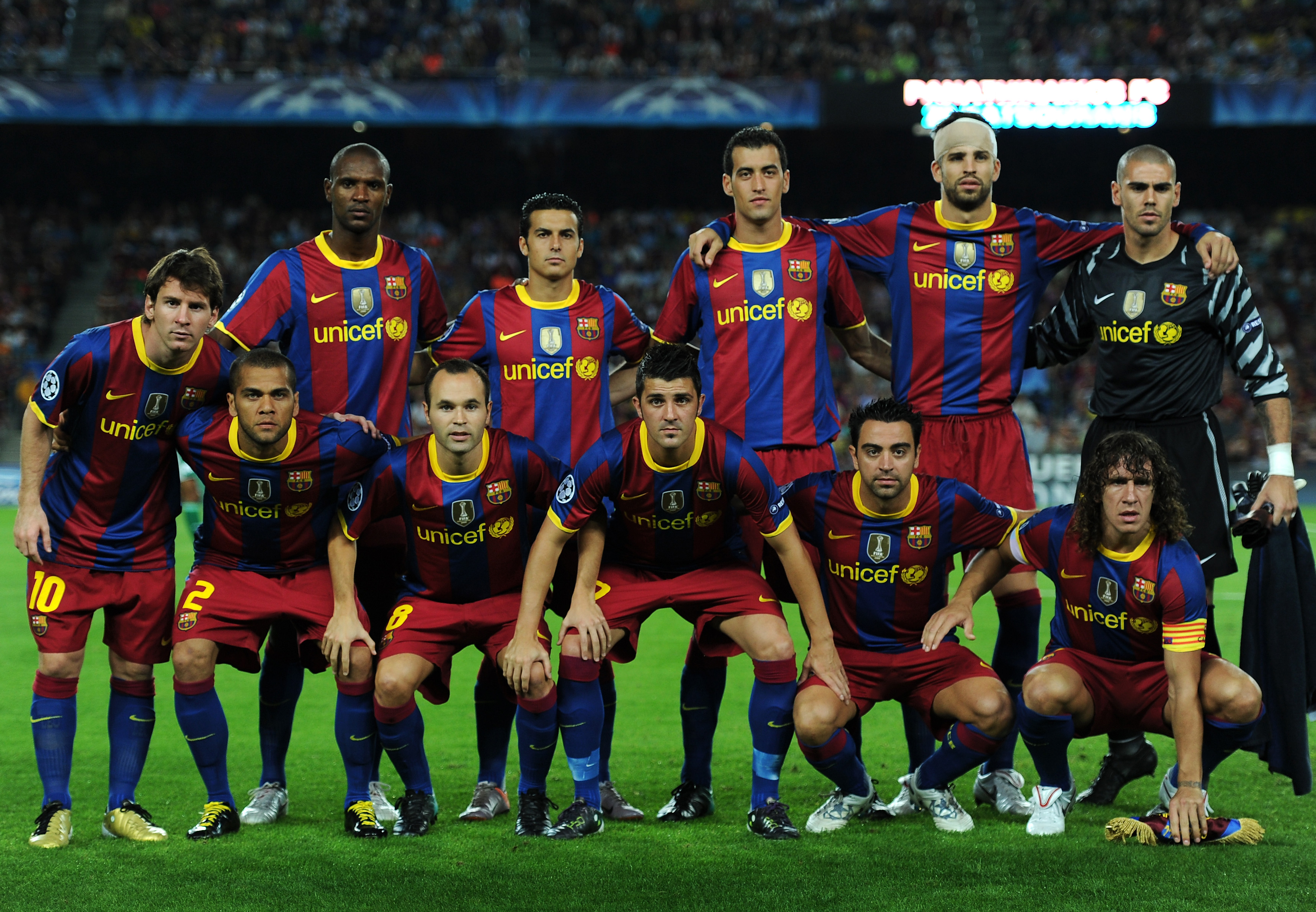 Due to the Euro 2010 qualifers, we're now in the middle of a two-week break in club football and it's time to analyse how Barcelona players have been performing so far and to predict the rest of the season.

So far, Barcelona have already won the Spanish Super Cup, their eighth trophy in the past 18 months. However, they have surprisingly dropped five points at home in the league (despite a perfect away record) and are only in fourth place, three points behind leaders and next opponents Valencia, and one point behind eternal rivals Real Madrid.

Barcelona fans certainly remember that at this point in 2008/2009 Barcelona had also wasted five points, but then went on to lose only two more points until the end of the first half of the season, destroying every opponent in sight.

The blaugrana supporters expect the team to finally hit top form after the international break and to emulate the achievements of the legendary 2008/2009 squad.

Thiago, Jeffrén, and Nolito have just played a few minutes, so they weren't rated. 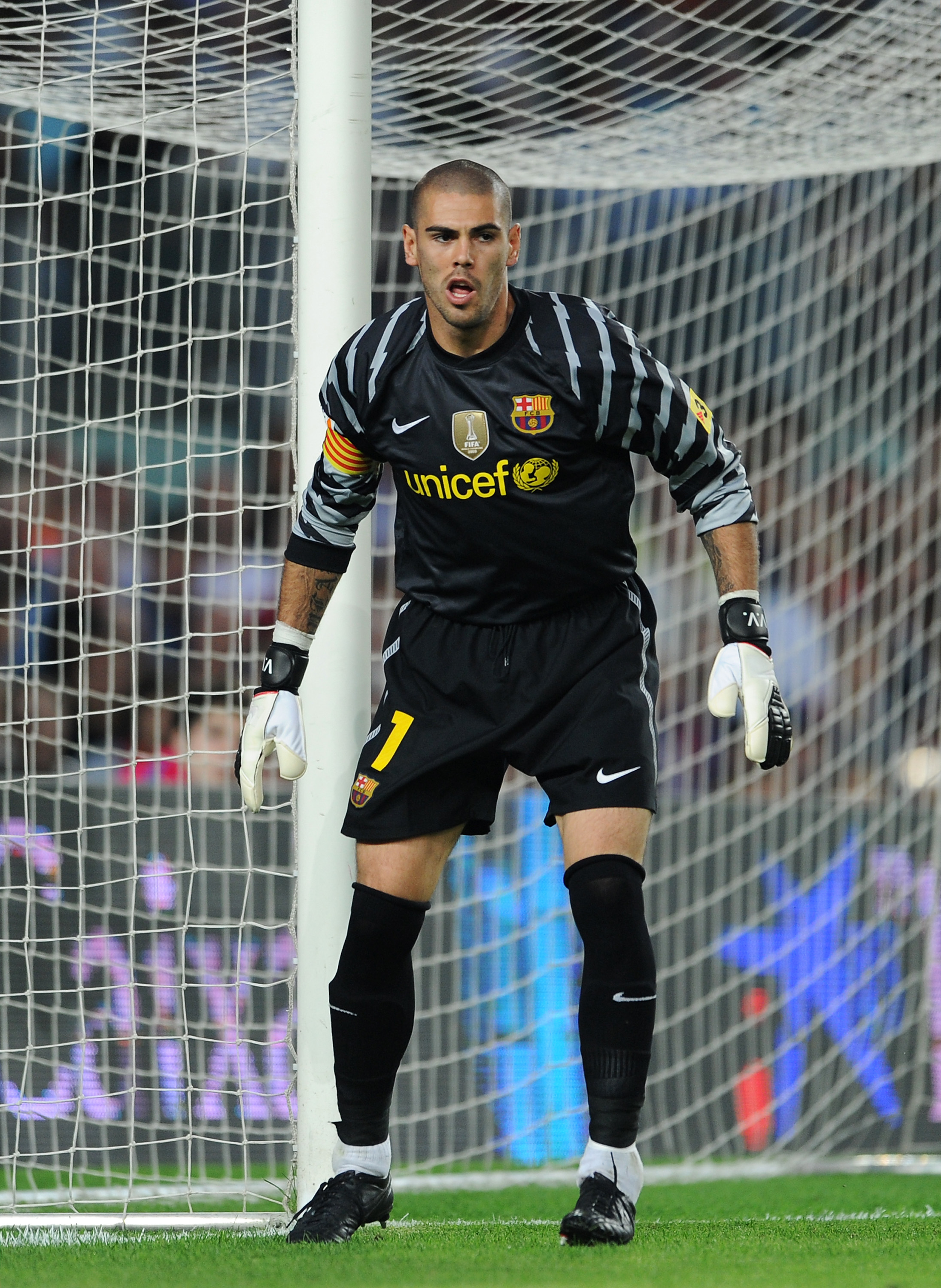 As always, Victor Valdés has been solid, but not as extraordinary as last season. He hasn't made any compromising mistakes but, unlike in the past two seasons, you can't really say that Valdés gave Barcelona points with crucial saves.

That said, he'll certainly play a vital role in Barcelona's quest for silverware. 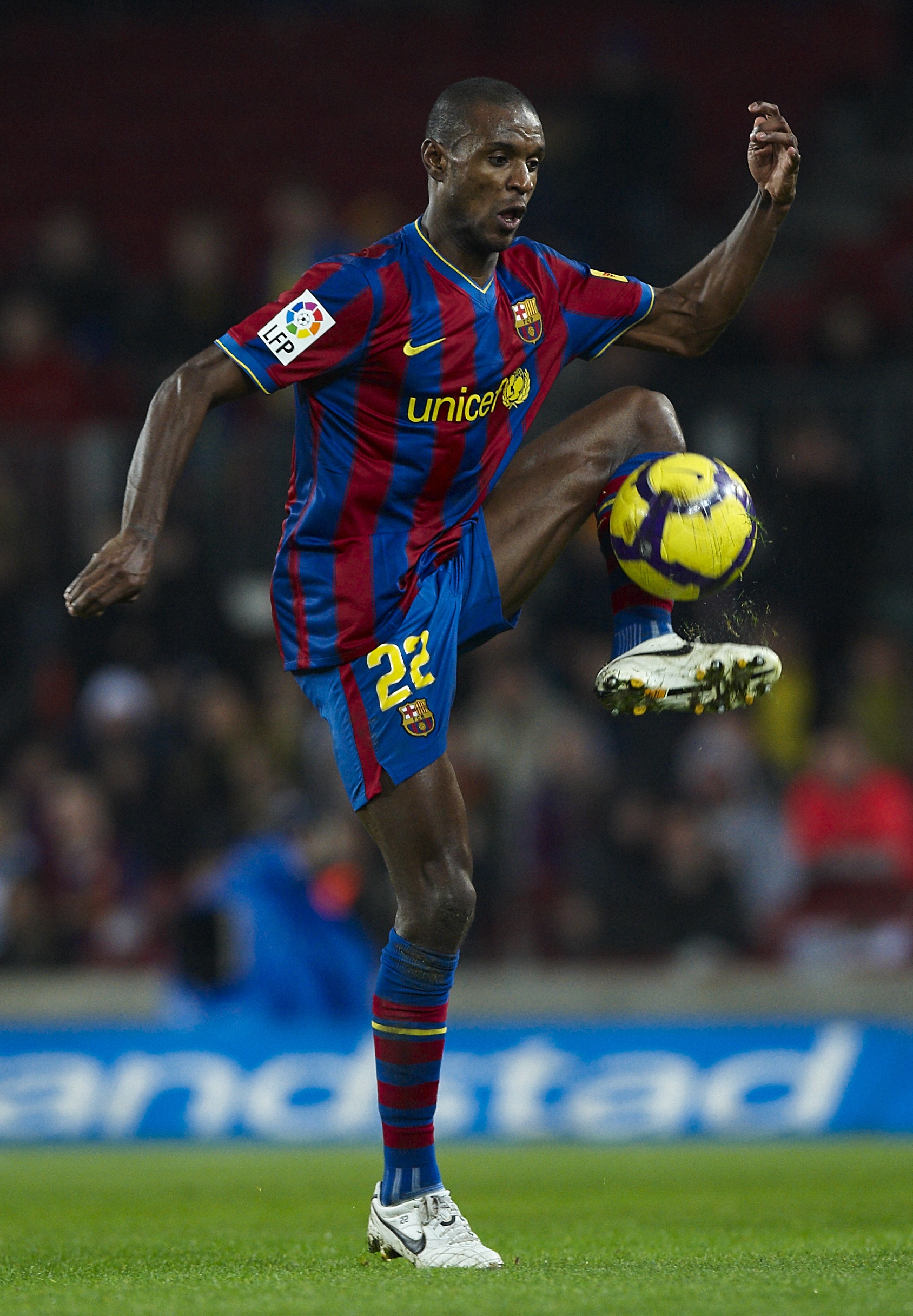 Despite having only arrived in 2007, Abidal has shown his love for the club, having publicly declared that if Barcelona don't renew his contract, he'll retire from football.

While his devotion to the club is much appreciated, his performances this season have been far from impressive. He hasn't been terrible, but up to this point he has failed to perform at the same level as in the past two seasons.

He has been used both as a centre-back and as a left-back so far and that should be the case too hereafter. Knowing Abidal, there's every reason to believe that his contribution will be a valuable one. 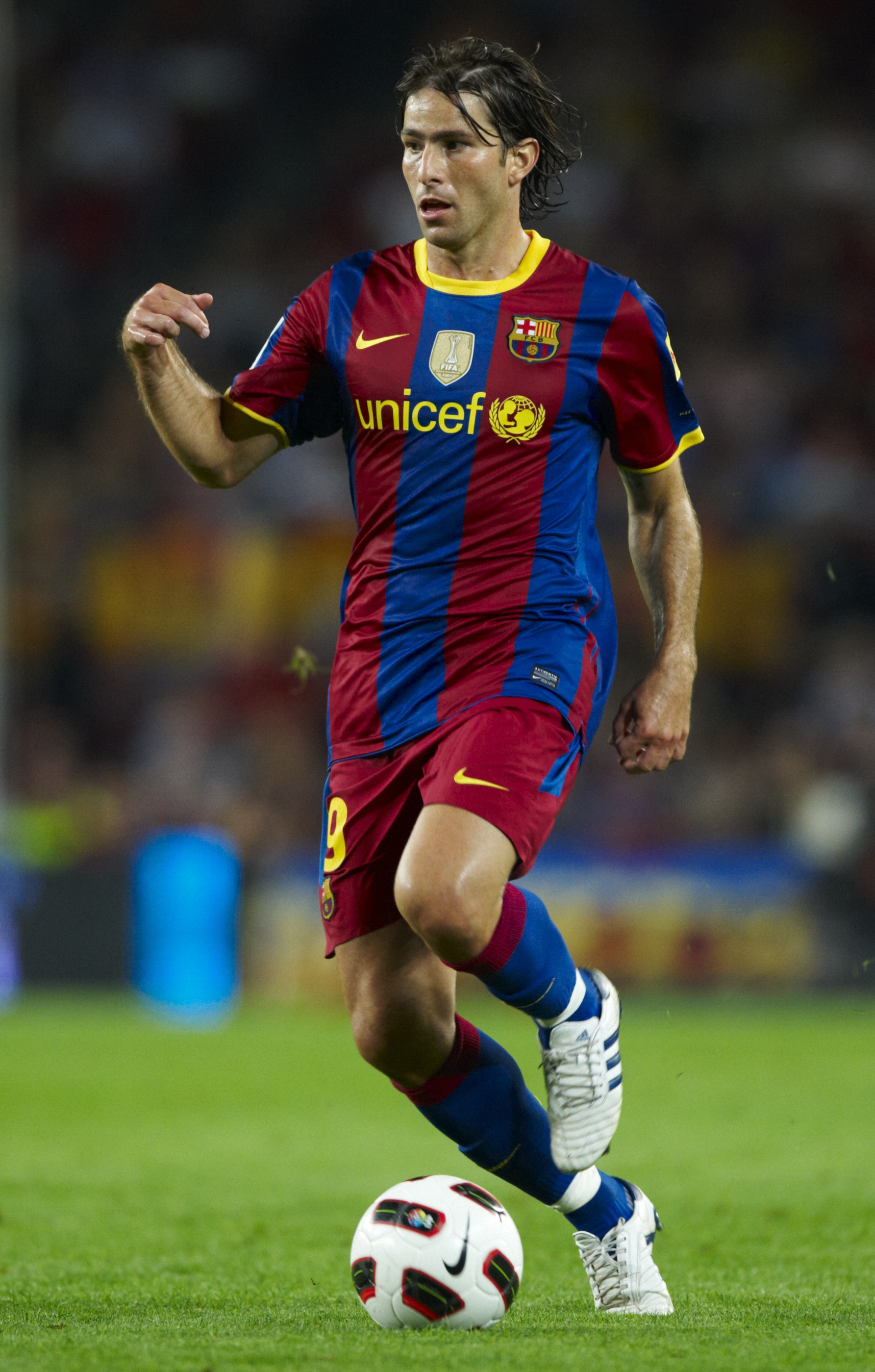 Much like Abidal, Maxwell hasn't been able to find his best form yet. The Brazilian hasn't been as threatening in attack down the left flank as he usually is.

Guardiola is expecting that Maxwell steps up his game soon and performs according to his usual standards. 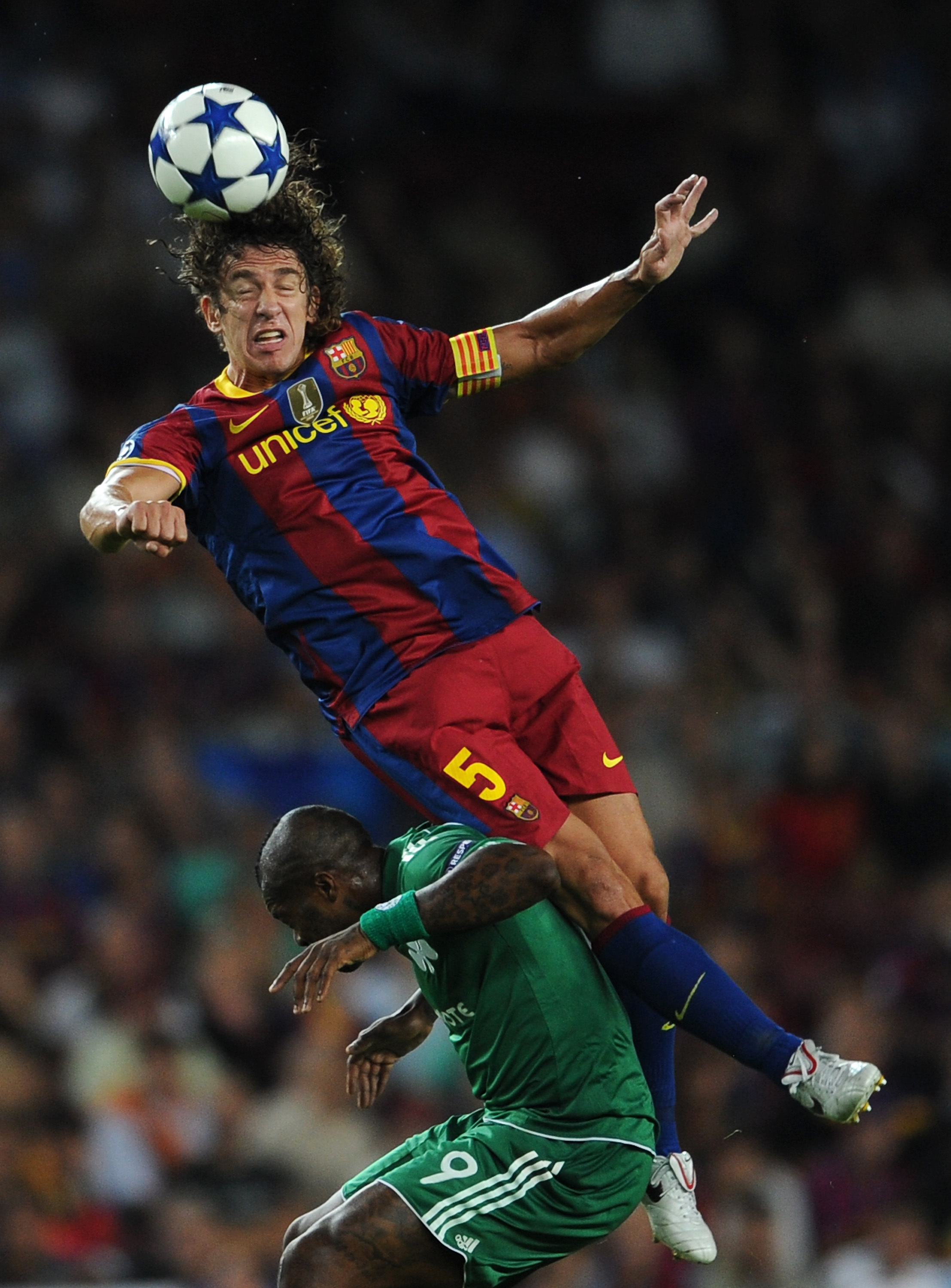 Barcelona's captain has been affected by some physical problems, but it is undeniable that the team's defense improves a lot when he's on the field. Not only is Puyol an excellent defender, but also a great leader and his presence is absolutely vital for the team.

Hopefully, Puyol will remain healthy for the rest of the season and lift silverware in May 2011. 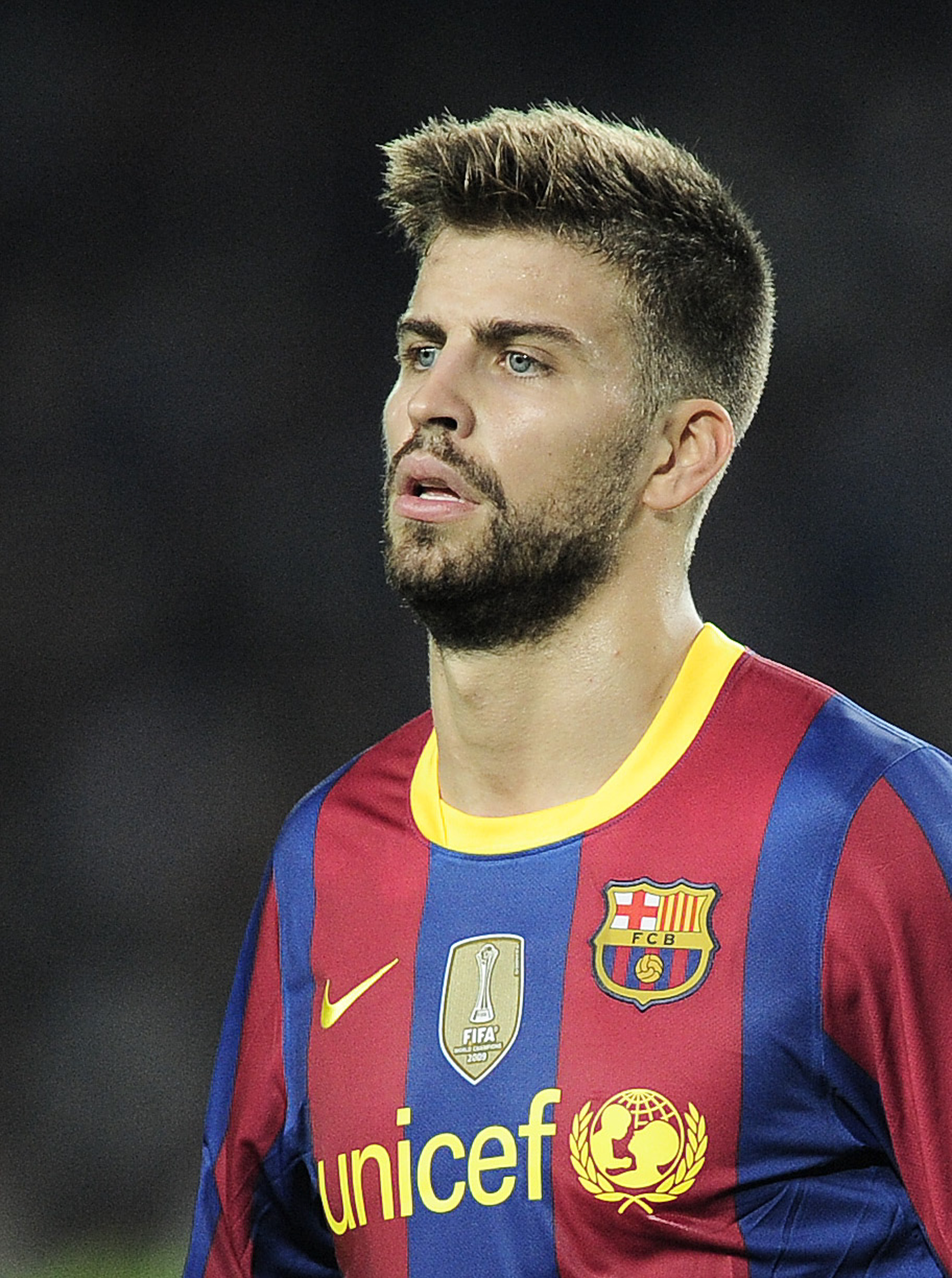 As should be expected, Piqué has been imposing on both ends of the field. He is one of the best defenders in the world and he also helps the team in the offensive process. He has even scored a classy and decisive goal at Atletico Madrid.

However, he has had some unusual and costly lapses in concentration. He must get his focus back and show the world why he's tipped by many as the new Beckenbauer. 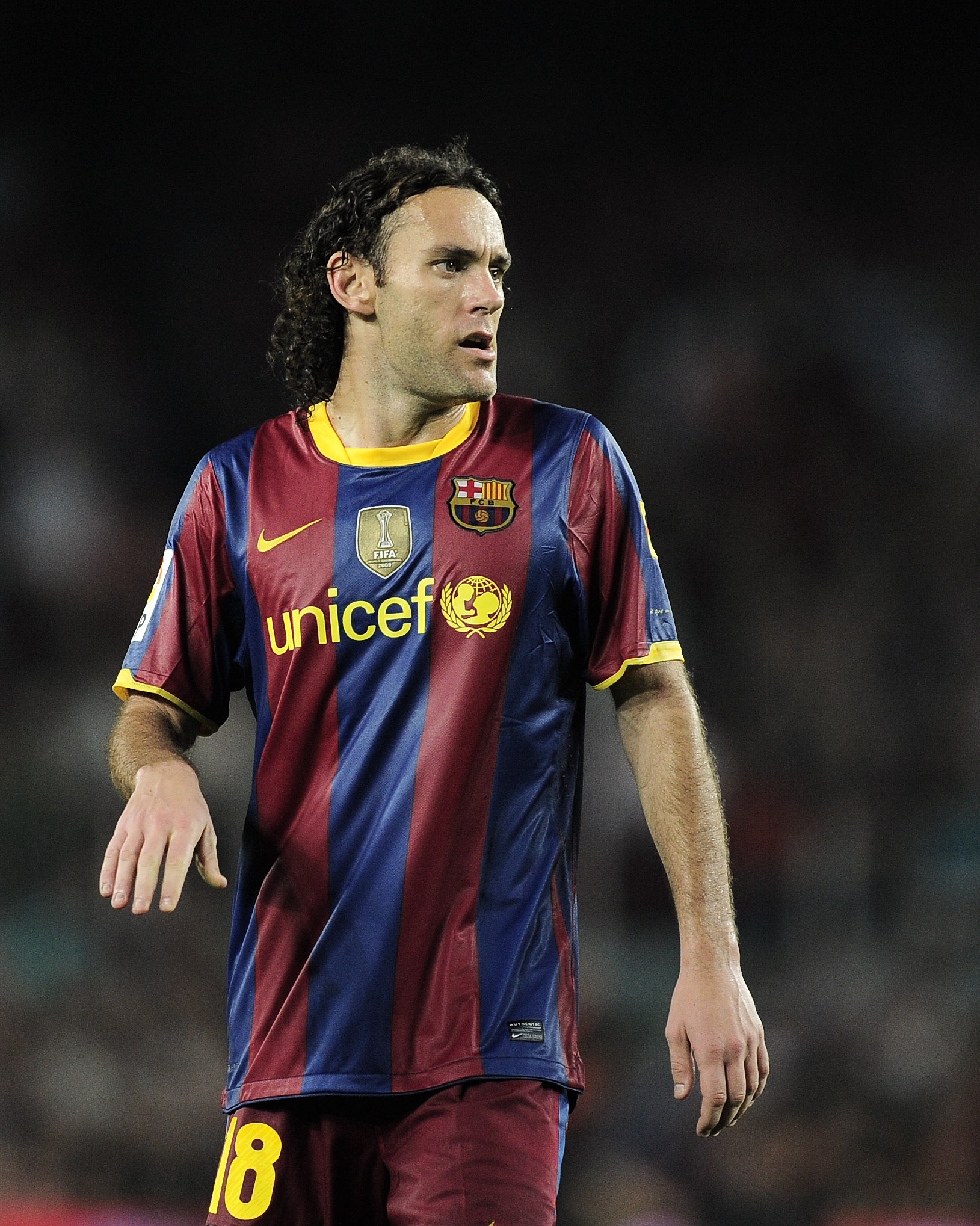 Milito has only played in three matches so far, but he has clearly disappointed. He was caught napping in Mallorca's equalizing goal at Camp Nou and he has been performing at a very low level.

He was given some chances due to Puyol's physical problems, but, unless he improves a lot, he will have to settle for being a benchwarmer for the rest of the season. 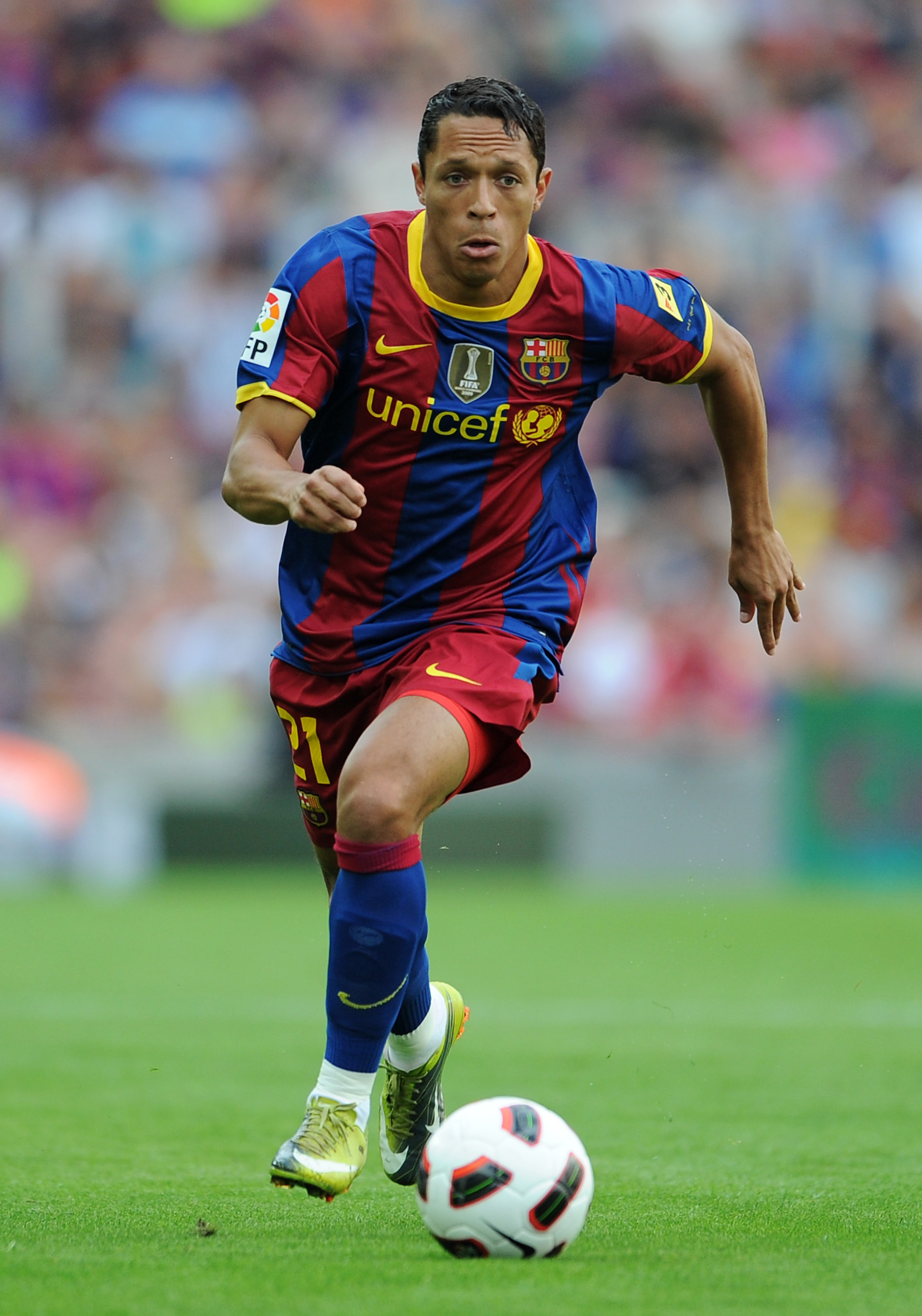 Adriano is still adapting to his new club, but he has already shown that his versatility might be helpful in the long run.

So far, he hasn't impressed, but when he gels with his teammates he can become a very important player. He can play both as a left and a right back and also in the midfield if necessary, hence why Guardiola was so eager to sign him. 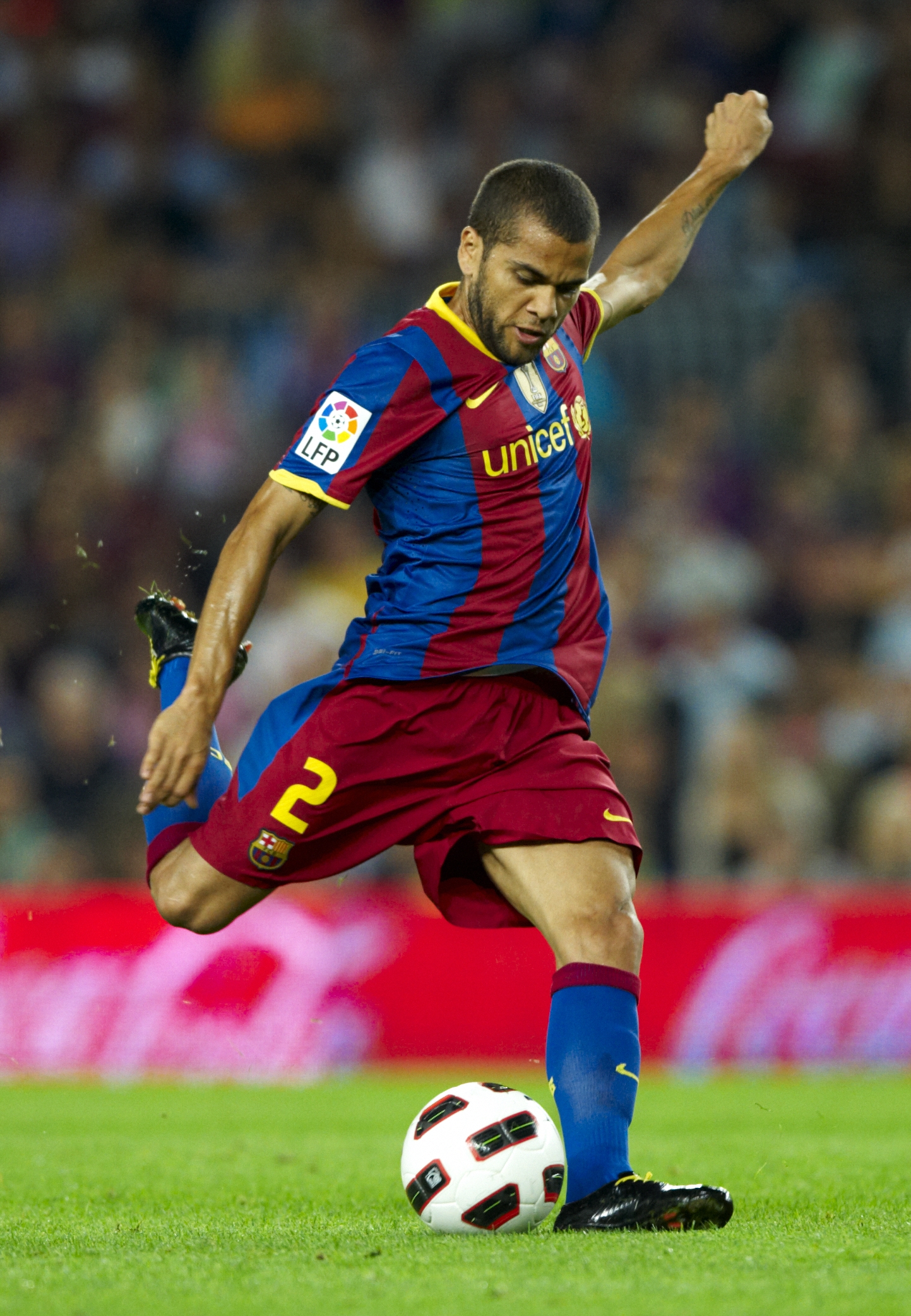 Daniel Alves is, along with Bojan, the only player to have participated in every match so far this season. And, like always, he has delivered good performances.

That said, he hasn't been at his highest level: he has been defensively sloppy at times and his crosses haven't been as accurate as usual. Hopefully, after the international break, he'll hit top form and show why he is arguably the best fullback in the world today. 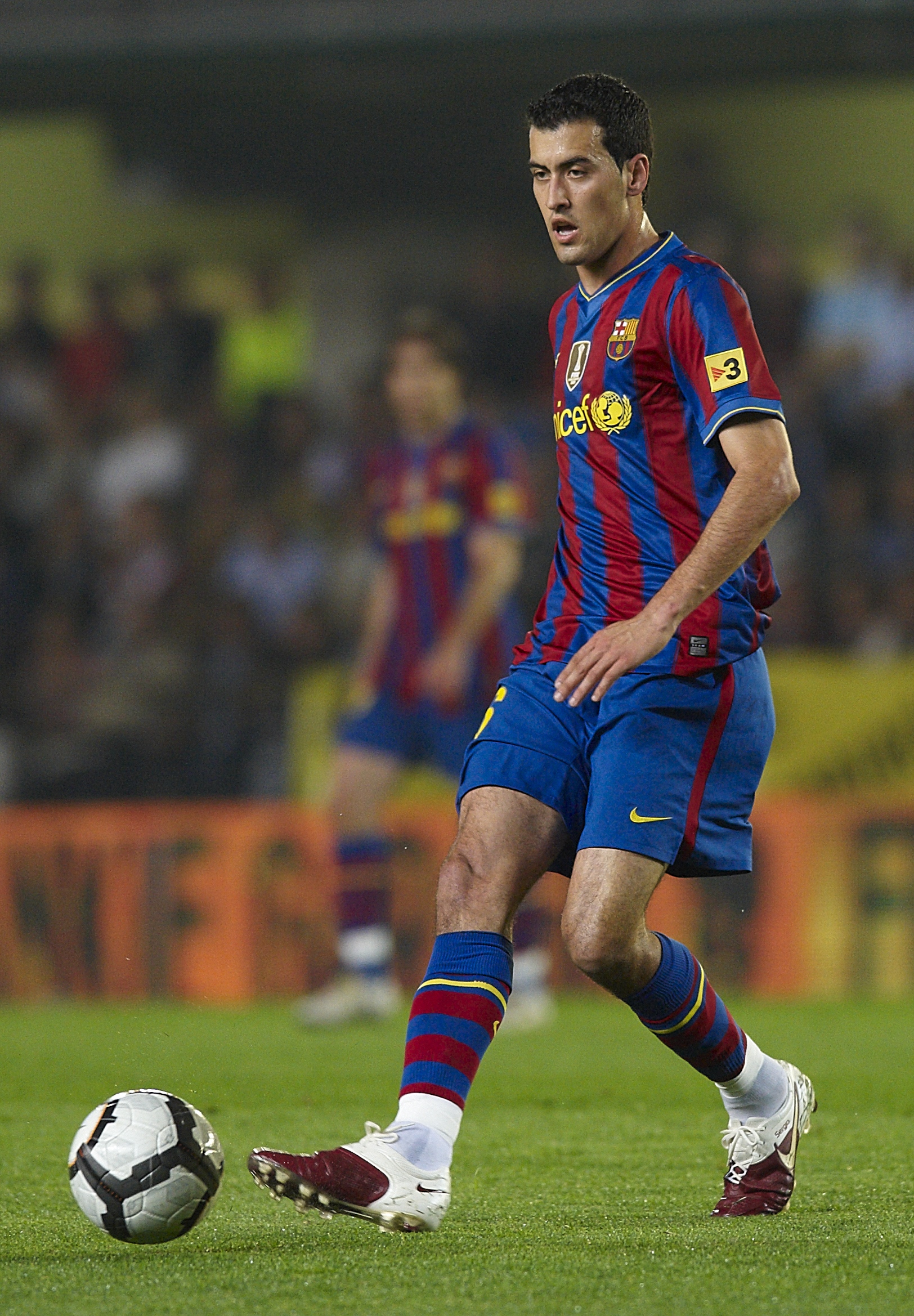 As had been the case at the World Cup, Sergio Busquets keeps silencing his critics. At 23, Busquets has already won everything there is to win in football and, judging by his performances, he's still hungry for more.

He has been absolutely sensational so far this season and is arguably Barcelona's most in-form player. His great positioning, perfect reading of the game, and unmatched intelligence on the field make him almost irreplacable. Even Mascherano, hailed as one of the best holding midfielders in the world, risks spending the season as a benchwarmer if Busquets keeps performing at this superb level.

He has been showing why he was a vital player in Spain's world cup success (in fact, come substitution time, it was Xabi Alonso, not Busquets, who left the field) and if he keeps this up, this 9 rating will become a 10 by the end of the season. 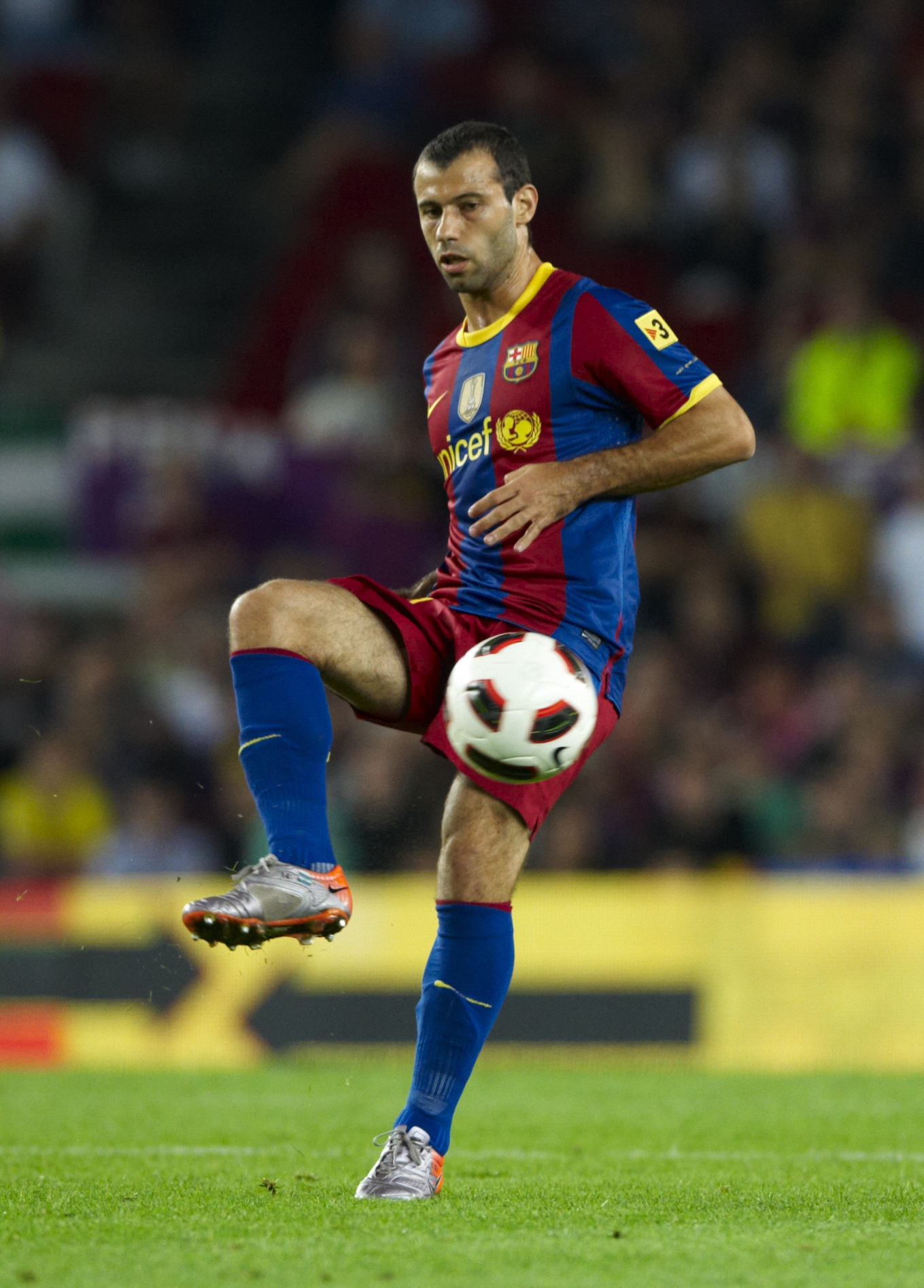 Despite all the hype surrounding Mascherano's signing, the Argentine has failed to take advantage of the opportunities Guardiola gave him and, at least currently, he isn't even a worthy substitute to Busquets.

Unless he improves a lot, he might as well start getting used to the bench, especially with Busquets playing at such a high level.

What do the Hercules and Mallorca matches have in common (besides the disastrous results)? Mascherano started both of them. Whenever Busquets started, Barcelona won. It's not just a coincidence: Mascherano's performances have been nowhere near Sergio Busquets's. 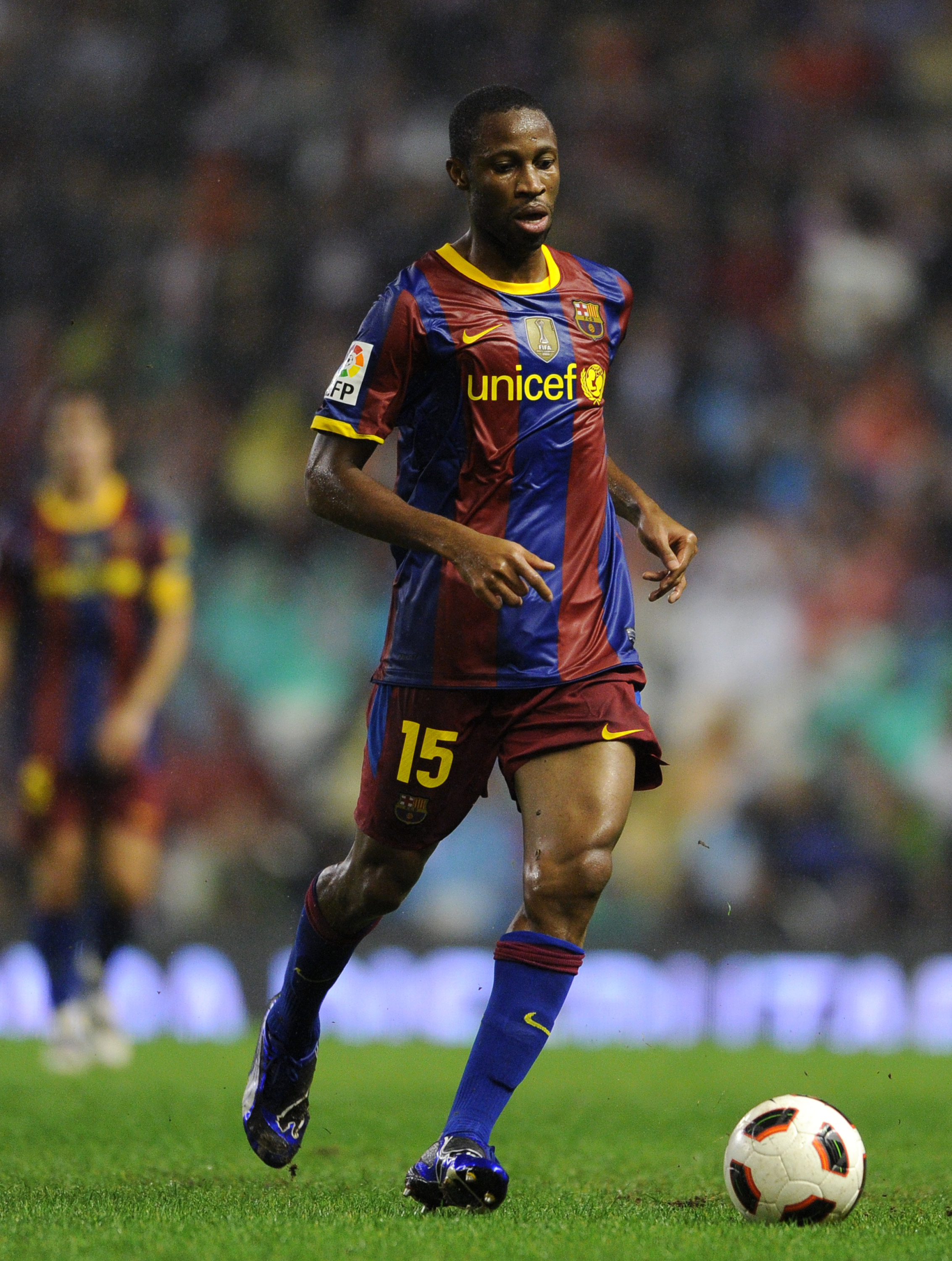 Keita is undoubtedly one of Guardiola's favorites and he is a very reliable player. However, when Xavi is not on the pitch, his lack of creativity is exposed.

Keita is a very generous and useful player, but his creativity level is far from great. That said, just like in the past two seasons, he'll play his role in the team. However, should Xavi and Iniesta remain healthy, the Malian won't start many matches for sure (just like in 2008/2009, he'll be important as a rotation player). 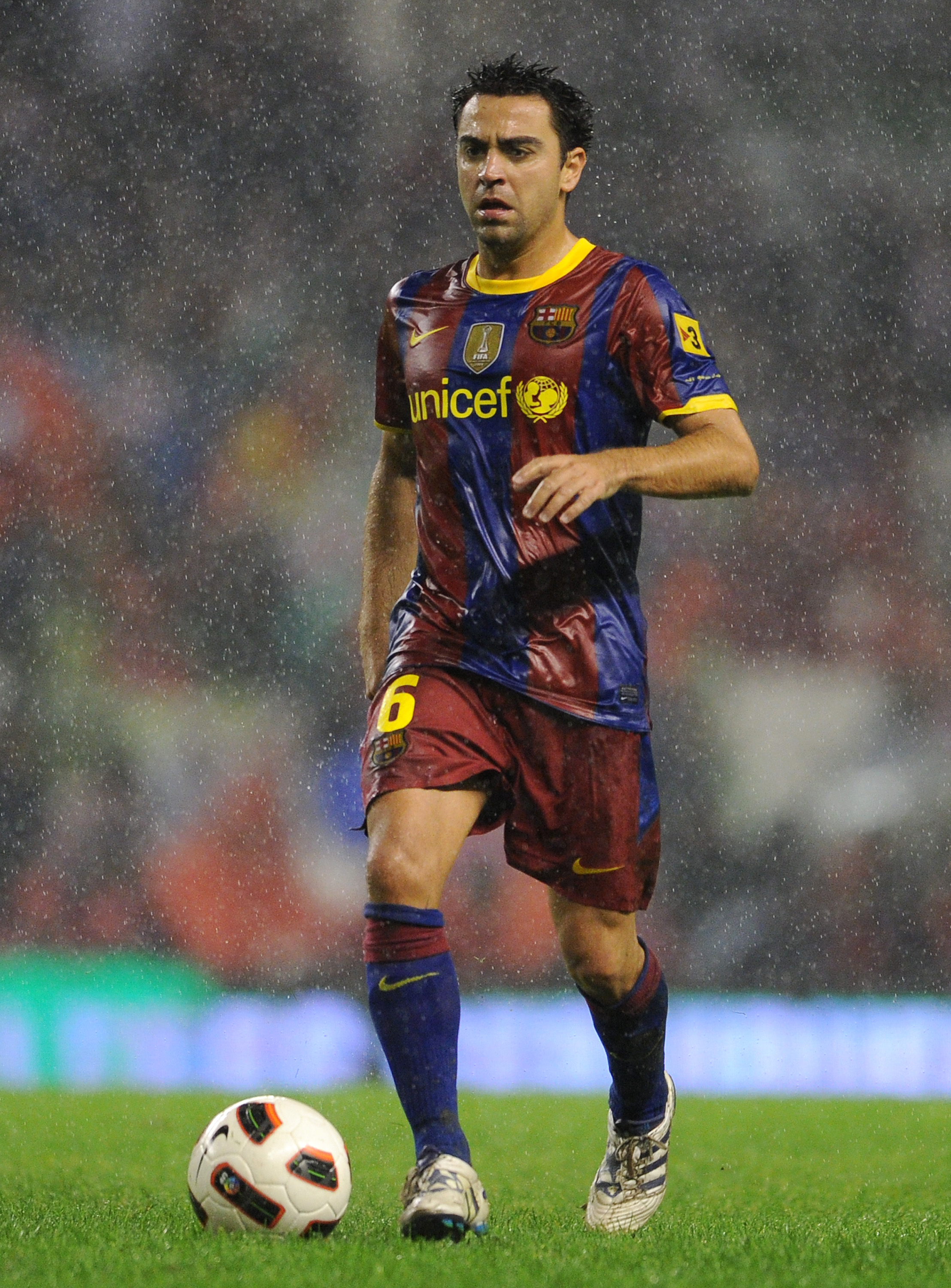 Xavi has been great, as always. In fact, without Xavi, Barcelona failed to win against the likes of Hercules and Mallorca, which shows just how influent he is.

Make no mistake: if Barcelona want to win everything again, they need Xavi to stay healthy for the rest of the season. Currently, there's no one (in the world) who can replace this legendary Spanish player.

The only reason he doesn't get a 10 is because he had a very, very unusual below-par performance against Sporting Gijon, where he even misplaced one or two passes (yes, I'm serious).

Still, Xavi is arguably Barcelona's most important player and he'll be the key to Barcelona's success this season. 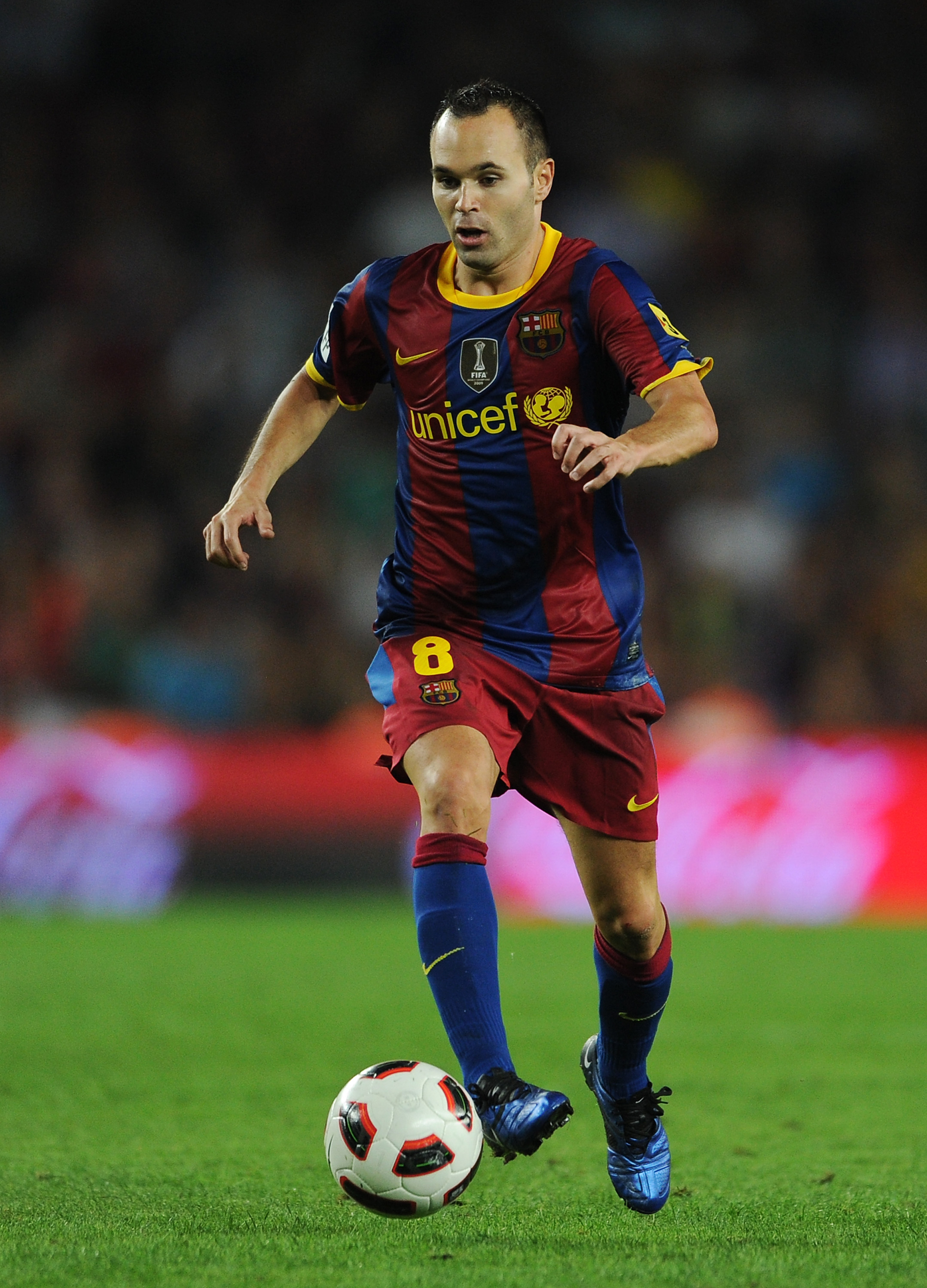 The World Cup hero has had a slow start in this new season. He has been performing well, but not according to his (very) high standards. 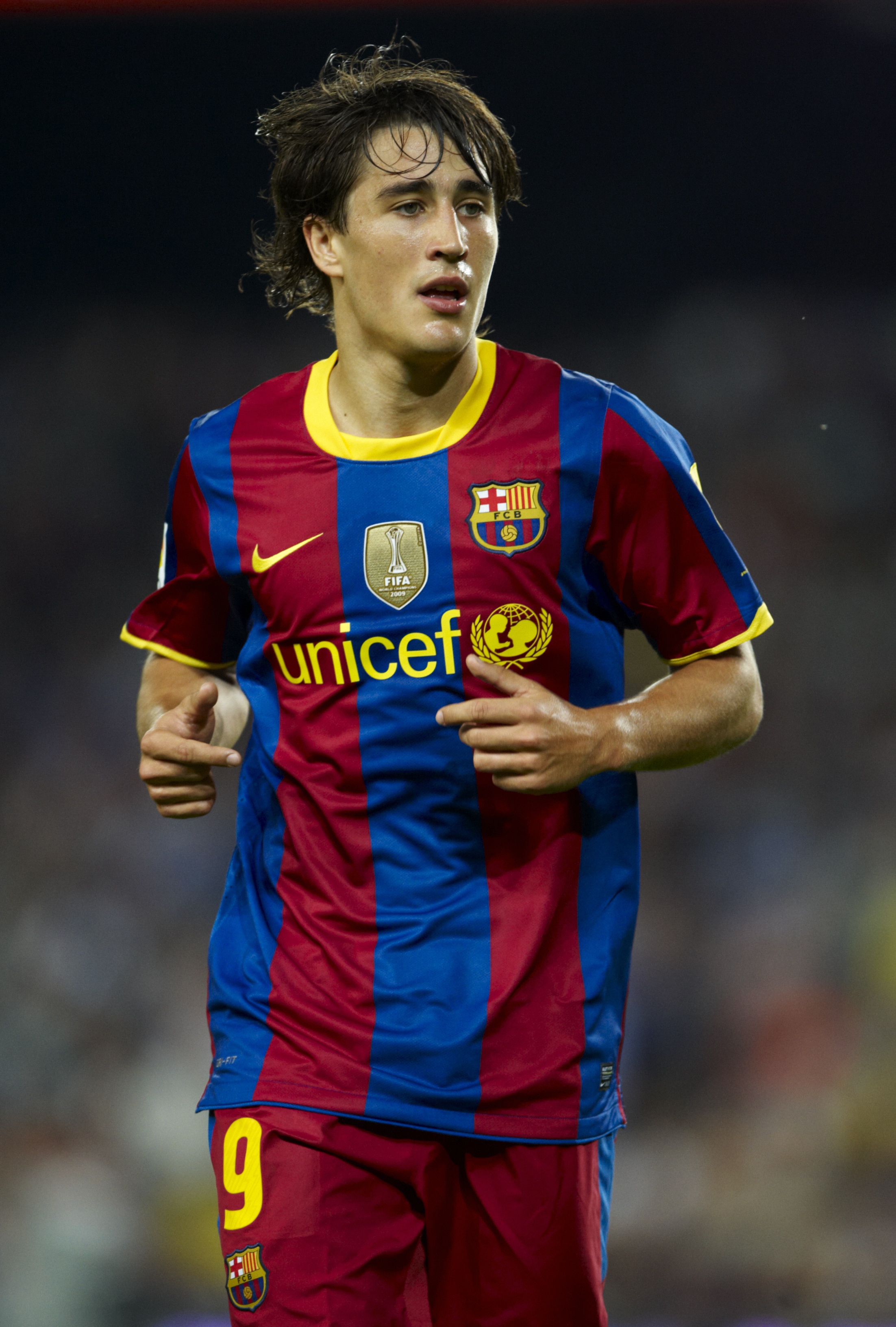 There's no way to deny it: Bojan has participated in every Barcelona match so far, but his performances have been very disappointing. The fact that he hasn't scored a single goal in ten matches speaks for itself.

Guardiola and the fans must be wondering where that wonder kid who benched Zlatan Ibrahimovic last season is. Barcelona definitely need him, and fast.

Let's hope that Bojan's poor form is just momentary and that he starts showing all his undoubted talent soon. 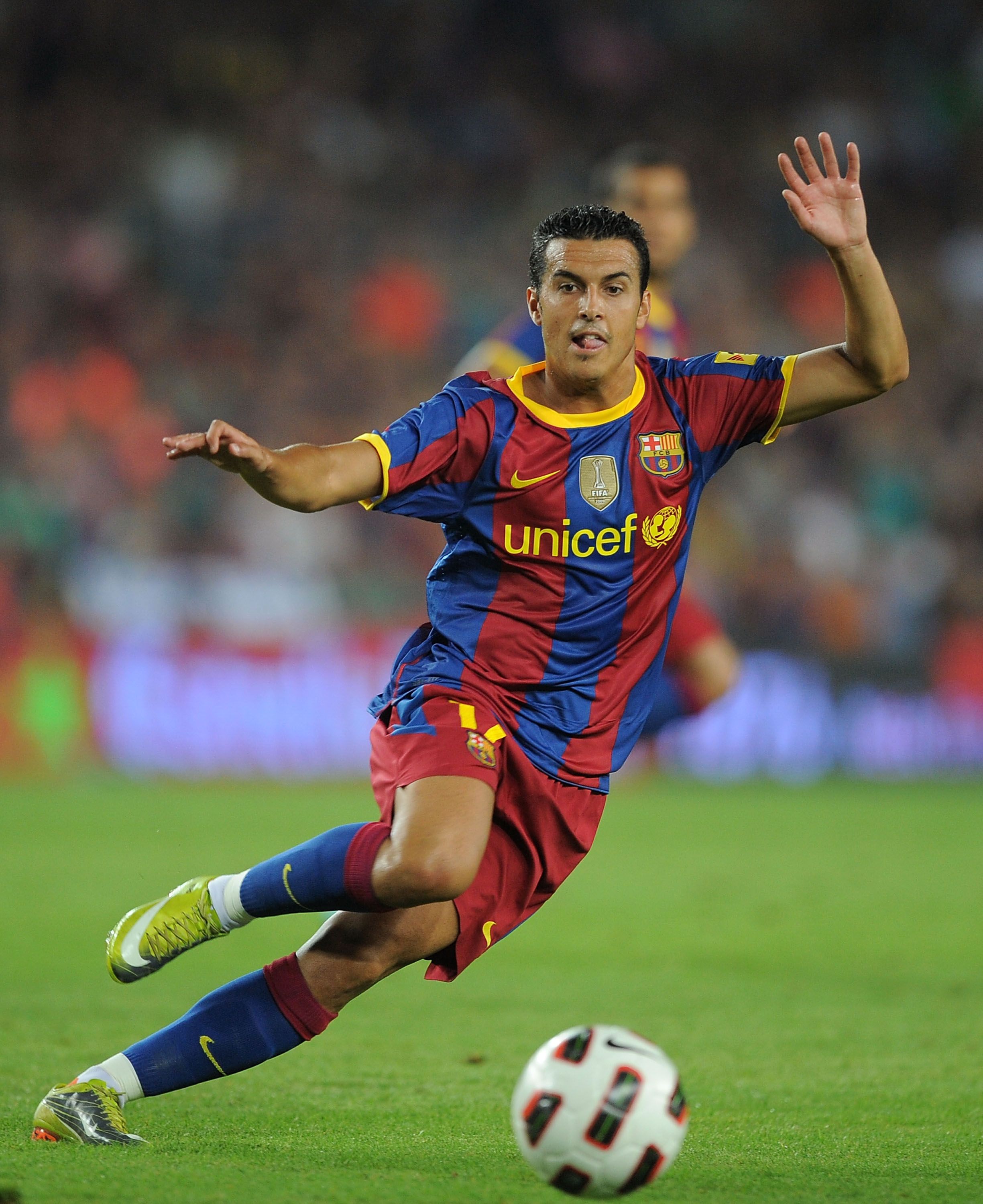 After a fantastic 2009/2010 season and a great World Cup, Pedro has had a very slow start to the new season. He has only scored one goal in nine matches and he has been mostly ineffective.

He always gives everything on the field but so far he hasn't produced anything brilliant. It's important for Barcelona that Pedro finds his form from last season as soon as possible. 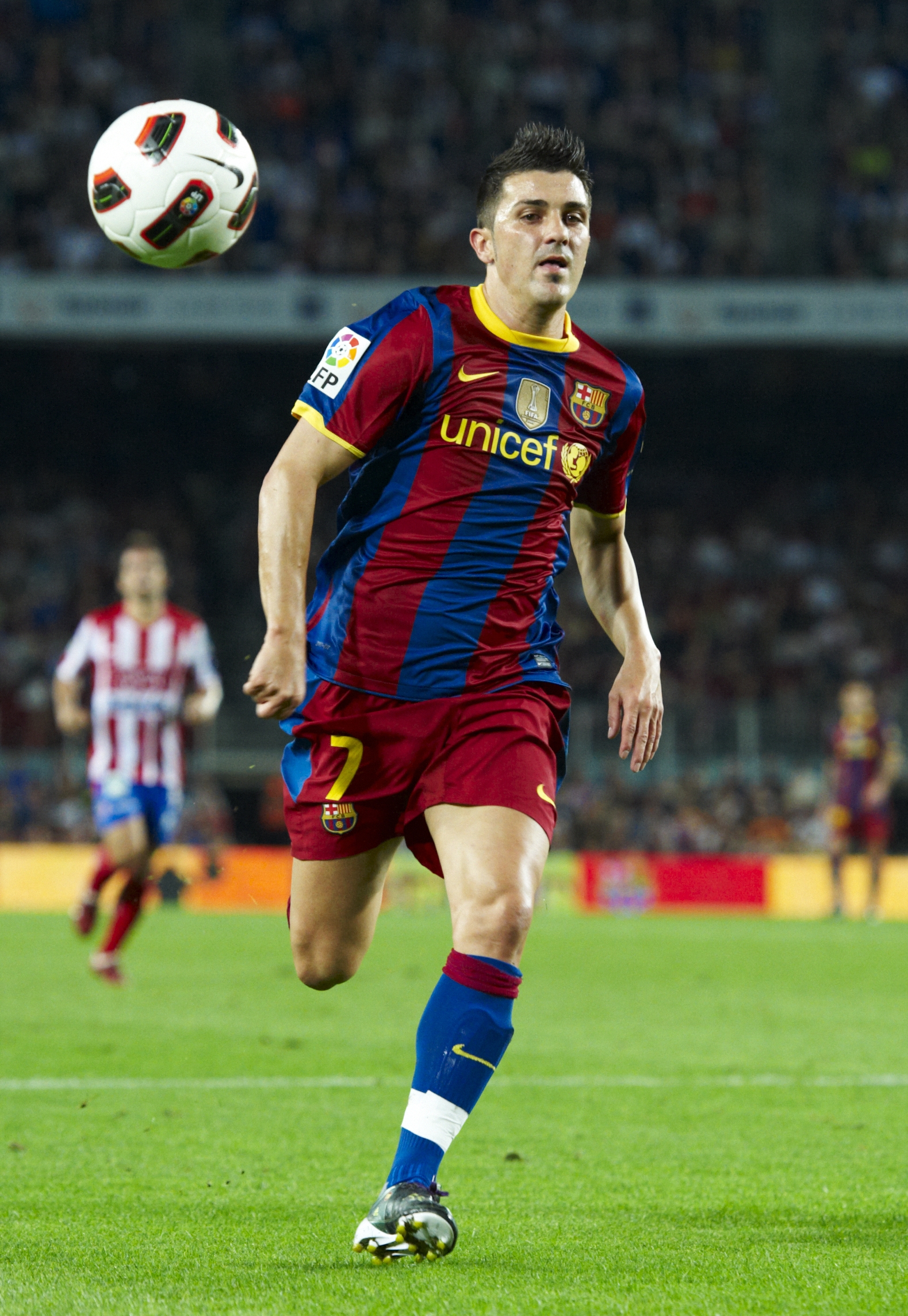 David Villa has already scored four goals in eight matches, which is not exactly bad. However, he has hit the woodwork on several occasions and missed many chances. Besides, he got sent off in a childish way against Athletico Bilbao.

That said, it's only a matter of time until Villa starts making the most of his chances. When that happens, Barcelona will be an even stronger team. Also, many Barcelona fans believe that Guardiola should play Villa in the centre (since he's a born striker) and not in the left wing. Villa as a striker would be much more beneficial to Barcelona. 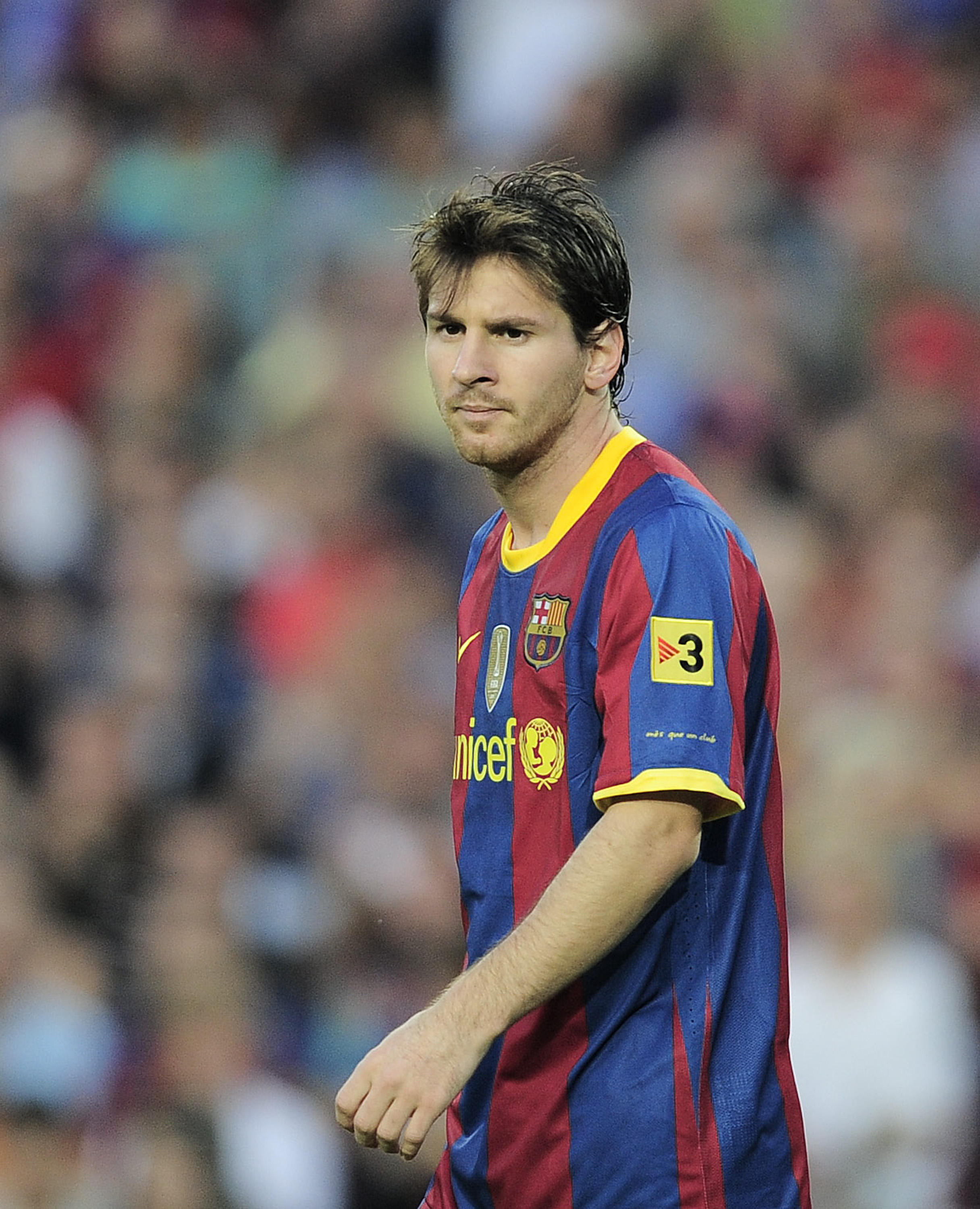 Seven matches, seven goals, three assists, and a lot of magic spread in the field. If we were talking about any other player, I'd have to give a 10. But we all know that Messi is held to a much higher standard than the rest of the players and he can still do much better than he has done so far.

He has been playing like the best player in the world, but still not at the otherworldly level we saw at the end of last season.

He was out for two matches (and he was lucky) due to a vicious tackle by Tomáš Ujfaluši, but he is now back and ready to help Barcelona win trophies and keep taking steps towards becoming the best football player in history.