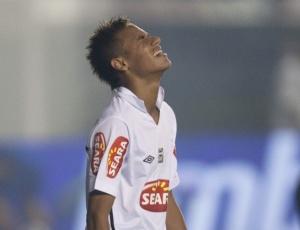 Chelsea supporters, you ought to be smiling right about now. Not because your team has won its first four games in the Premiership, not because you have scored the most goals (17) or allowed the fewest amount (one).

What I am getting at here is that you should be ecstatic your side was not able to snag Brazilian teen superstar Neymar from Santos.

Don’t believe me? In the past year and a half, Neymar has gone from Brazil’s next super darling to Brazil’s biggest prima donna.

Despite already scoring almost 50 goals in his short pro career that began in March of 2009, Neymar, for the last several months, has been transforming into an annoying figure in Brazilian football.

The first few months of the year was great for Neymar. He helped lead Santos to a Paulista title and the 2010 Copa do Brasil. He was even widely suggested as a member of the Brazilian 2010 World Cup squad, despite Dunga not adhering to public demand.

Slowly he has been demonstrating the exact reason why I have always said on this site that he is not ready for the EPL and he needs to check his attitude before moving to Europe.

I have constantly claimed that his ego was a major problem in any article and I tend to use the example of him raising one side of his jersey collar in some effort to be cool.

The following are some, but not all, of the events which have led me—and many in Brazil—to say this kid needs help in a big way.

Is Neymar's Ego Getting Too Big?

Back on February 28th, Neymar made his first dumb move of the year during a match against rivals Corinthians. After being called offside, Neymar, instead of allowing the opposing team to get the ball and restart the match, he decided to flick the ball over a defender's head.

He drew a lot of criticism both on and off the field after the move. You can even see Roberto Carlos going to talk to the youngster to see if he can get it through his head that it was a stupid move.

Interestingly enough, Neymar failed to heed the warning and decided to pull a similar move recently, but this time he made sure the opponent was laying on the pitch after receiving a foul from Neymar.

Here is the link for the second time he decided to flick a dead ball over the defender.

Is Neymar Hurting Santos With His Behavior? 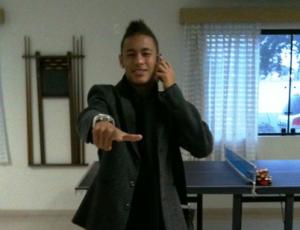 In late March, Neymar arrived late to join the team on the day they were to travel for an away match in the city of Goiânia.

Despite being given a curfew of 11 p.m., Neymar, joined by teammates Paulo Henrique Ganso, Madson, and Andre, arrived at the team hotel at 3 a.m.

When asked about the event by the media, Neymar continued to claim they arrived just 30 minutes past midnight. He even went on public record criticizing the attitude taken by the club when Santos suspended the teenager and his teammates for the match.

The Paradinha Fails For Neymar

One of the best places to show just how egotistical Neymar has become is when he is called to take a penalty for Santos.

A champion user of the “paradinha” method where the kicker stops just shy of the ball to force the goalie to move early, Neymar has seen it bite him in the behind recently. Of the 14 penalties he has taken so far this season, he has missed over 30% by using this method.

One of the best examples is this clip where it shows Neymar screwing up his penalty kick during the final of the 2010 Copa do Brasil. 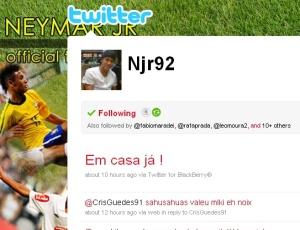 Back in August, during the first leg of the 2010 Copa do Brasil, referee Sandro Ricci awarded a penalty to Vitoria, Santos’ opponent in the final.

Moments after the call Neymar posted on his Twitter page: “Juiz ladrão vai sair de camburão.” Now most of you don’t speak Portuguese so let me translate: “Refs that are thieves leave in the patty wagon.” I know it doesn’t translate well, but people in Brazil know exactly what it means. Plus it rhymes ...

Minutes later the tweet was removed, with Neymar claiming the post was made by a hacker, despite everyone knowing Neymar was not playing and was actually at home watching the match.

Is Neymar Full Of Millions—and Full Of It?

In the same game as his second flip over a defender's head on Sept. 2nd, the opposing coach, Antonio Lopes, accused the youngster of being a douchebag.

Lopes and his players claimed after the match that, in an effort to annoy the opponents, Neymar made constant remarks referring to his millions—something the players of the opposing team aren’t earning as Avai is a fairly small club in Brazil.

This is a clip during the same game, where Neymar tries one of those idiot moves late in the game I am always complaining about with him.

Ten days later, Neymar and Santos flew north to the city of Fortaleza to take on local side Ceará.

On the pitch, Neymar made unnecessary dribbles and moves throughout the match, despite Santos losing 2-1. In the final minutes of the match Neymar got into a verbal exchange with an opposing player, João Marcos, after Neymar claimed Marcos was playing too “rough.”

The two kept going after the match and Marcos was quoted as saying, “You can’t touch him. I was just marking him,” essentially claiming Neymar was being a cry baby on the pitch.

Neymar even went on to pretend to try and fight Marcos once the police got close enough to prevent it.

I watched this game and let me tell you, Neymar is wrong about the defending. It was the exactly the type he will someday face in Europe.

Has Neymar Become a Monster?

The latest stop on the Neymar crazy train was Wednesday night during a match against bottom dwellers Atletico-GO.

Already having been yelled at by both his coach and captain for not taking the game seriously and attempting unnecessary dribbles while Santos was losing, Neymar blew his lid late in the game after the coach forbade him from taking a penalty kick.

The forward began to curse out his own coach, who responded in like manner—on live television. The incident led opposing coach Renê Simões to say, “We have created a monster.”

Santos coach, Dorival Junior, is calling for a 15-day suspension by the club against Neymar and has even threatened to quit if the club refuses to back his request.