There's been a debate at Notre Dame about academic standards for the football program.  Some think the South Bend school expects too much from its football applicants—others see no reason for lowering standards.

Things were different in 1988, the last year Notre Dame won a National Championship in football.  Tony Rice, the leader of that team. was admitted as a Prop 48 case and overall academic standards were nothing like today.

The academic standards were lower for the entire student body back then.  Notre Dame was known as pretty much just a football school.

In 1993, the last year the Irish made a serious attempt at the National Championship, changes were all ready in motion.  Notre Dame wanted a new image.  In 1993 regular students averaged 1220 on their SAT's, and the football team averaged 899.

On the way to becoming one of the finest academic institutions in the country, there was a buzz going around that it was too hard to recruit good athletes, and it was the reason the football program was entering into a state of mediocrity.

In 2004 Paul Hornung told a Detroit sports talk host he wanted to see Notre Dame lower standards to attract better athletes.  Horning, one of the most famous players to ever don a golden helmet, got a lot of people to realize that the Irish might be under a disadvantage in recruiting.

But Notre Dame didn't want any part of Hornungs message. Today, the average student scores just under 1400 on the SAT, and the average football player scores 1025.

To give you an example why it might be more difficult for Notre Dame to recruit, just look at the University of Florida.  The Gators, who won the National championship in 2008, were reported by the Atlanta Journal Constitution to have average SAT scores of 890, in a study released the same year.

Florida's a great school, but they decided they wanted to have a larger sample of football prospects.

Notre Dame has decided to keep their high standards and I applaud them.  They may not win as many football games as they did in the Holtz era, but they are setting an example.

Notre Dame, Georgia Tech, and especially Stanford are keeping their standards high.  Their putting these standards ahead of winning.  I applaud them again!

I've written a lot lately about what you'd call the business of college football, and I've written about the huge gap between the SAT scores of students and football players.

Along with many in the media, I've supported paying the players and asking colleges to take a bigger role in seeing that players spend more time on "real courses of study"—steering them away from General Studies and Sports Studies.

But I believe there is a sensible compromise that will help clear the air: I believe the controversy over regular students vs. scholarship football players can be overcome.

Colleges can create Football Departments (Schools of Football) that will be set aside from the rest of the Athletic Department and offer one major: NFL Studies.

As students heading for Law school are known as Pre-Law, students in the Department of Football will be know as Pre-NFL.

It will not be easy to gain acceptance for admission into the universitiy's School of Football: Applicants will have to score 800 or more on their SAT, play two years of high school football, one year voted all-state, and run the 40 in less than five seconds.

Each case will be decided on an individual basis: If an applicant fails to meet one or more of the requirements, they can still be admitted with strong recommendations of coaches and community leaders.

Nutrition 101: The study of the basic food groups, caloric, fat, and carbohydrate contents of daily foods.

Contract Law 201: Centering on the study of legal questions that will arise in dealing with agents, NFL contracts, and contracts for endorsements.

History of the NFL 201: Centering on NFL history, aimed to prepare the student with respect for the NFL and the players who built up the league.

Public Speaking 201: Centering on developing the speaking skills students will need to handle the media.

Econ 201: Centering on techniques of investing large sums of money.

NFL Rule and Regulations 301: Designed to teach students the entire NFL rule book, with emphasis on making quick decisions, based on NFL rules.

Advanced Body Building 301: This is only offered to linemen, tight ends, and linebackers. Course will center on building mass and strength.

Speed Training 301: This course is only offered to quarterbacks, running backs, wide receivers, and defensive backs. Course will center on quickness training techniques.

Pharmacology 301:   In this course, students learn about "Performance-Enhancing Drugs." Pre-NFL students will learn which drugs are legal and which drugs are not. Course will also review NFL drug test policy and half-lives of drugs.

Coaching Methods 301:   Centering on basic coaching techniques such as clock management and other game-day situations.

US Cities 401: Course will teach students about major cities in the United States. Pre-NFL students will learn about all 32 cities with NFL franchises.

Psychology 401: Specializes in helping students learn how to chose the right agent.

As education students are required to go through the "student teaching" period, before qualifying for their degrees, Pre-NFL students will have to go through a work-study period of four years.

COST OF TUITION AND ROOM AND BOARD

There will be no cost to any student accepted in the School of Football. All costs will be offset by NFL contributions.

A four-year degree in NFL Studies prepares student for the NFL and relieves the NFL of the time and cost of having to prepare them themselves.

Which of These Notre Dame Football Games Killed a Relationship? 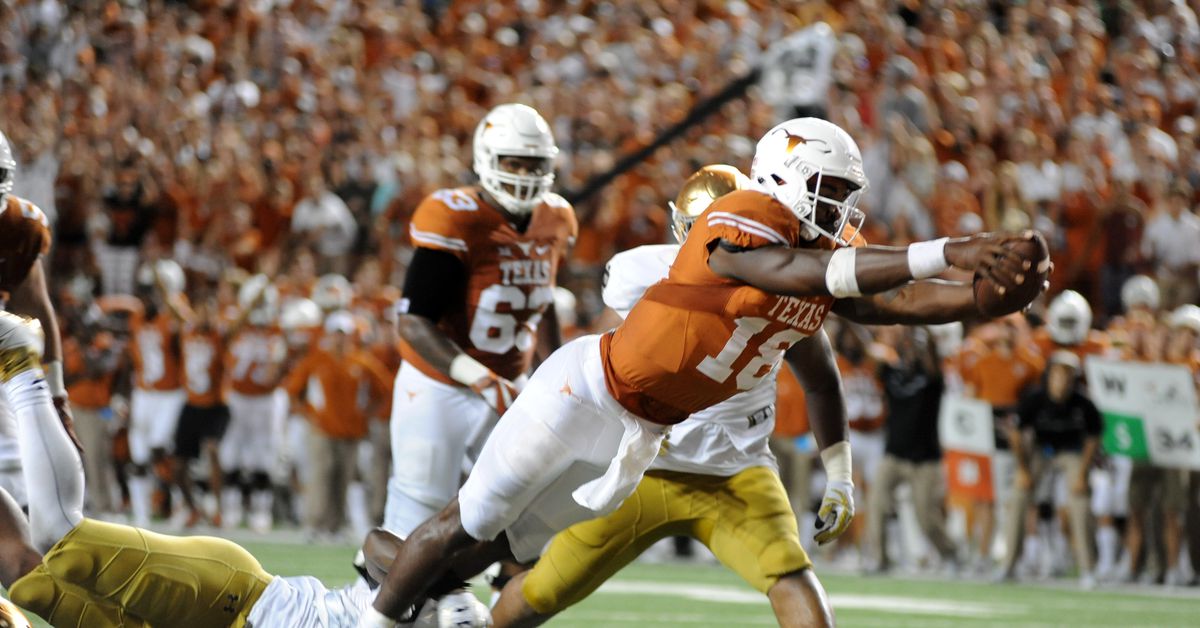 Which of These Notre Dame Football Games Killed a Relationship?

Ian Book’s Biggest Accomplishment to Date (His Words, Not Ours)

Ian Book’s Biggest Accomplishment to Date (His Words, Not Ours)

Lucky Charms: Jakailin Johnson Eliminates ND; What Does It Mean?

Lucky Charms: Jakailin Johnson Eliminates ND; What Does It Mean?

USC Rejoins Notre Dame & UCLA - Good For Them, I Guess

USC Rejoins Notre Dame & UCLA - Good For Them, I Guess