"I'm going to come out of this quarantine looking like The Rock."

Charlotte Hornets big man Bismack Biyombo provided a word of warning for his future opponents during an exclusive interview with Bleacher Report on Thursday. With the extra free time, he's had different workouts with his trainer and lifting sessions from Monday through Friday, adding additional strength for the impending battles on the blocks.

Biyombo has done far more than devote additional time to training with the 2019-20 season on hiatus amid the coronavirus pandemic.

The Bismack Biyombo Foundation he founded in 2016 delivered approximately $1 million of medical equipment to his home country, the Democratic Republic of Congo. The donations included more than 10,000 face masks, 780 hazmat suits, wheelchairs and "all the essentials that doctors need to function day-to-day."

"We started doing this a long time ago," Biyombo said. "It just happens to be that with COVID-19 because of the way our hospitals are equipped, we're trying to find a way that would make sense to help the population and support the population."

The DRC has dealt with Ebola, measles, malaria and COVID-19, which has left the healthcare system severely strained.

"We figured it's best to start looking into equipping a lot of clinics and hospitals that needed the equipment," Biyombo said. "The idea was before I started looking into building new hospitals, I had to think about the ones that are not functioning properly." 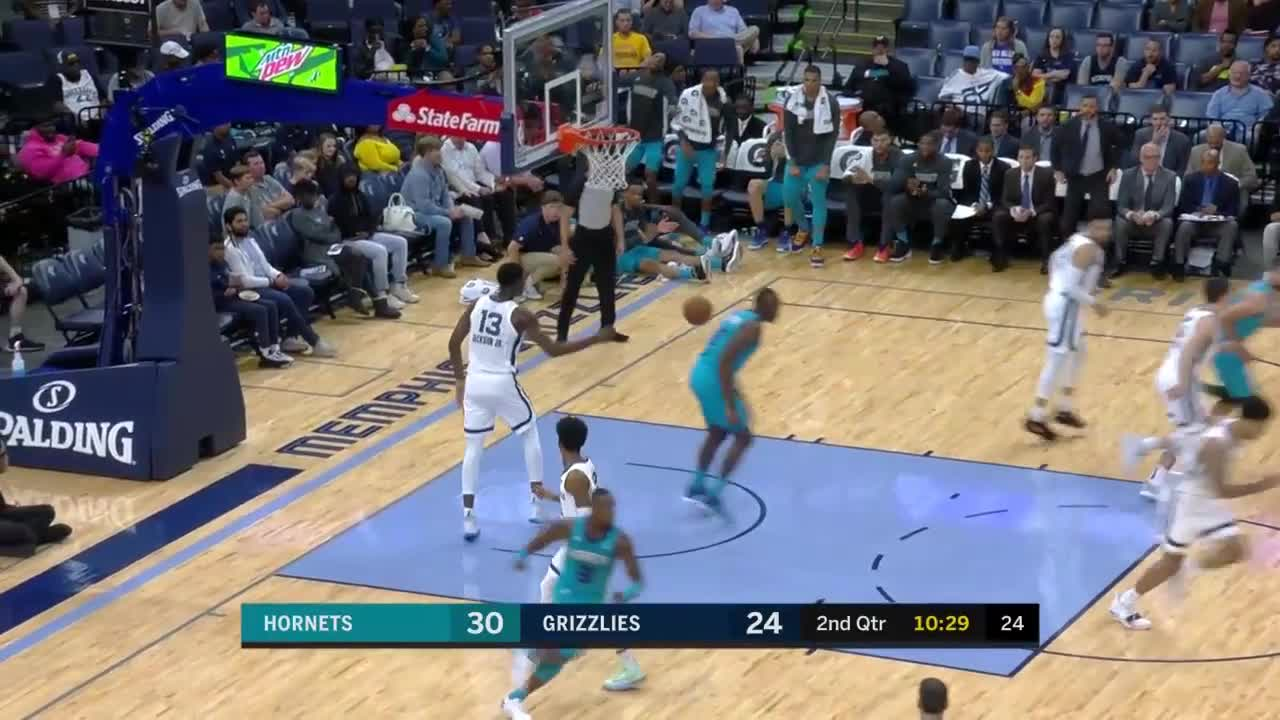 The 27-year-old also acknowledged that "70 percent of the population is poor, so it's difficult for any public figure to tell people 'hey, you guys need to stay home' so you can stop the spread of the virus."

Biyombo also revealed his foundation is helping build schools in the country so it is better prepared to come out on the other side of the pandemic.

In terms of a return to basketball, the Hornets center said, "I'm very excited for what the future holds, but right now I just think everybody has to stay safe and come out on the other side stronger."

The Athletic's Sam Amick reported "optimism abounds" among players, owners and the NBA league office that there will be some type of finish to the 2019-20 campaign. However, such a return would be in arenas without fans present.

"I would love to play basketball. Playing in an empty arena is probably not a good feeling, but under the circumstances that we are in, if that's what we go by, then by all means you have to support it for the sake of the fans and us as players," Biyombo said. "It will be hard to play in an empty arena."

He did joke that playing in an empty arena will help his teammates hear him on defense, which isn't even a problem in sold-out stadiums.

"I talk a lot on defense, and if my teammates can hear me when I'm talking with fans in the building, how is that going to sound in an empty arena?"

Before that happens, Biyombo, along with hoops fans across the world, will have the chance to scratch their basketball itch by watching the highly anticipated documentary, The Last Dance, chronicling the Chicago Bulls of the 1990s.

Biyombo is quite familiar with the main character considering Michael Jordan is the principal owner of the Hornets. The big man got to see some of His Airness' famous intensity up close during his second season in the league in 2012-13 when a 50-year-old Jordan pulled aside some of the Hornets' guards in practice and started beating them in one-on-one showdowns.

"it was a thing of beauty to watch, he took them one by one, one by one, and we were just watching like 'wow,'" Biyombo exclaimed.

He also said Jordan gave him some of the best basketball advice he's ever received by creating a pressure-packed situation after practice early in his career. Biyombo was shooting free throws when the Hall of Famer came over and offered him $1,000 if he could make seven out of 10.

After Biyombo made the first few, Jordan started talking, pulled the money out of his pocket to dial up the pressure and took the ball to break his focus. It all came down to the final shot after he missed a pair, and Biyombo didn't deliver.

"I don't need your $1,000," Jordan said. "I was just trying to teach you a lesson. … This is how you're going to play, like you're playing for something every night."

Biyombo said he's played that way ever since, and he's made a name for himself as a defensive presence for the Hornets, Toronto Raptors and Orlando Magic. He is now using the success he built on the court to give back to his home country in a time of need.