Los Angeles Chargers quarterback Tyrod Taylor made waves when he posted a photo of himself working out with Cam Newton, who recently became a free agent when the Carolina Panthers released him on March 24:

Taylor told Gilbert Manzano of the Orange County Register on Sunday that he has "no regrets" about sharing his workout with Newton publicly despite the speculation that followed:

"People are always going to draw their own conclusions. Me and Cam have been really good friends since college days. We actually came out of high school the same year, came out of college the same year to go to the league, and we remain good friends still today. So I was working out, and I guess just because of everything going around free agency, I didn't think twice about it when I posted pictures of getting a throwing session.

"I just threw with (Houston Texans quarterback) Deshaun Watson the week before, but being that he's not a free agent, most people aren't going to make a big deal about that. But it's just two guys (Taylor and Newton) working on their craft trying to get better. I wasn't implementing or trying to say anything with the photos. We were just out there working and the photos got sent. So no regrets, I posted it. We're really good friends and we're going to continue to remain friends, and we're going to continue to push each other and try to find ways to get better."

Free-agent QB Cam Newton posted video on his Instagram of him going through a throwing session — another step in his return from foot surgery. On the left is QB coach Jeff Christensen, who we mentioned yesterday on @nflnetwork has been working with Newton and Tyrod Taylor. https://t.co/BTsez3G5Yq

Carolina selected Newton first overall in the 2011 NFL draft, while the Baltimore Ravens chose Taylor in the sixth round that same year.

ESPN's Dan Orlovsky was at the forefront of linking Newton with L.A. earlier this week:

This shouldn’t be that hard 👇🏼 https://t.co/qOKtmql2k4

However, reports from NFL Network's Ian Rapoport suggest the Chargers are steering clear of Newton and "moving forward" with Taylor as their starting quarterback next season:

The #Panthers tried to send Cam Newton to the #Bears and #Chargers. They found no takers and at this point, no starting jobs available. Release was the only option. Carolina has just $2M in dead money with this release, but Cam is now free.

With Tom Brady headed to the #Bucs, the #Chargers are not expected to sign or trade for a veteran QB, I’m told. They are moving forward with Tyrod Taylor for 2020.

Taylor took over the Chargers' QB1 spot on the depth chart when the organization let 38-year-old Philip Rivers leave in free agency, where he landed a one-year contract with the Indianapolis Colts.

Newton enters free agency coming off of a Lisfranc injury suffered during the 2019 preseason, which limited him to two regular-season games before he eventually underwent surgery last December. The 2015 NFL MVP played through shoulder injuries in 2016 and '18, requiring separate procedures in March 2017 and January 2019. 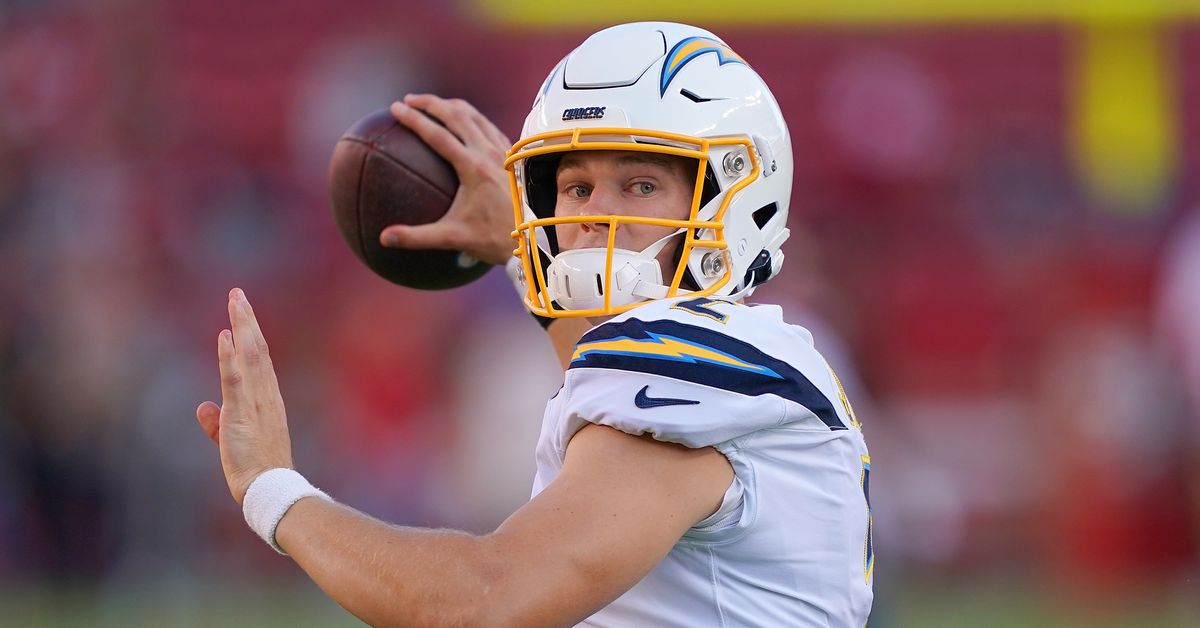 Tomlinson: NFL Has 'Black Eye' from Handling of Kaepernick

Tomlinson: NFL Has 'Black Eye' from Handling of Kaepernick