Over the last two years, the Packers have swapped out coaches and general managers, revamped their playbook, drastically altered their spending philosophy and completely rebuilt their defense. They've changed just about everything except Rodgers and his core entourage: top receiver Davante Adams, multipurpose wingman Aaron Jones, bodyguards David Bakhtiari and Bryan Bulaga.

The massive overhaul allowed the Packers to escape four years of 10-6 (at best) doldrums to finish 13-3, placing them two games away from the Super Bowl. The organization did its part. Now it's time for Rodgers to do Tom Brady stuff, Hall of Famer stuff, $134 million contract stuff.

The next few weeks are a chance for Rodgers to live up to his reputation after a few too many seasons of coasting on it.

The pro-Rodgers argument: He has been the league's best pure passer and playmaker since 2011, and he has only looked ordinary for long stretches of the last three to five seasons because of stale game plans and weak supporting casts.

The anti-Rodgers argument: His accuracy and big-play capability decline incrementally each year, but he has tuned out coaches and ignored open receivers for so long and has such a huge salary and gift for passive-aggressive blame deflection that no one in Green Bay has the authority or courage to force him to adjust.

The truth about every quarterback always rests somewhere between the capes and the critics. But in this case, the anti-Rodgers camp makes a lot of valid points.

Rodgers finished 12th in the NFL in passer rating this season, right between Deshaun Watson and Carson Wentz. He finished 13th in Football Outsiders DVOA, between Watson and Philip Rivers. He finished 21st in ESPN's QBR, between Giants rookie Daniel Jones and Brady, who had a miserable season by his standards. Rodgers, fully healthy and freed from the predictable Mike McCarthy offense that allegedly held him back, had a middle-of-the-pack season by any statistical standard.

Blame Rodgers' "lack of weapons" if you like, but he threw for fewer yards, touchdowns and a lower completion rate than Wentz, whose receivers and running backs were pulled from the Pat's King of Steaks line after a Flyers game. Rodgers had Adams (for most of the year), Jones, a serviceable Jimmy Graham and familiar-if-ordinary receivers like Geronimo Allison and Marquez Valdes-Scantling to throw to, yet Derek Carr outperformed him statistically while throwing to a castoff Ravens tight end and a 5'10" fifth-round pick.

A deeper dive into the data makes Rodgers look even worse. Per Pro Football Reference, Rodgers led the NFL with a Bad Throw Percentage of 21.2 percent. It's wise to be skeptical of newfangled, subjective-sounding stats like Bad Throw Percentage, but many of the names just below Rodgers on the list (Jameis Winston, Josh Allen, Jared Goff, Mason Rudolph, Old Man Brady) earned reputations this season for throwing too many gopher balls.

Rodgers finished second to Brady with 31 throwaways, per Pro Football Reference; being a veteran and giving up on a play is one thing, but doing it about twice per game when you are supposed to be one of the NFL's best playmakers is another. And Rodgers was one of 15 qualified quarterbacks with a Dropped Pass rate of less than 5 percent: again, his targets were not to blame for his ordinary numbers.

Dig a little deeper, and some instructive trends emerge.

Rodgers' efficiency rate in the first quarters of games was 123.5, with nine touchdowns, zero interceptions and a completion percentage of 71.0. In the second quarter, his efficiency rating plunged all the way to 77.2, with a completion rate of 54.6, before balancing out at 94.3 (passer rating) and 62.8 (completion percentage) in the second half. To clarify that heap of statistical splits: Rodgers put up Patrick Mahomes stats in the first quarter and Dwayne Haskins numbers in the second quarter before balancing out in the above-average neighborhood for the rest of the game.

Those splits jibe with what Packers fans saw on the field all year. Rodgers usually looked efficient, and sometimes spectacular, while working within the structure of Matt LaFleur's offense on the first few Packers drives. But then he became the self-indulgent old stage actor who refused to stick to the script and began improvising. While there were few overt signs of the Rodgers-LaFleur drama some of us anticipated/worried about/licked our chops for when the 40-year-old coach replaced McCarthy, there were too many long stretches in which Rodgers turned up his nose at his initial passing options, scrambled around directing traffic, overthrew a bomb he would have completed in 2014 and scowled impatiently as he walked to the sideline.

The result of Rodgers' Jekyll-and-Hyde season might have been another 10-6 finish (or worse) if the Packers running game and rebuilt defense didn't lift them to victory over Washington, the Lions (twice) and the Vikings (twice).

The 36-year-old Rodgers set a Hall of Fame standard for himself from 2010 to '14. He has fallen well short of that standard in recent seasons. The Packers spent the last two years eliminating the reasons/excuses for his decline. Now it's time for him to perform to that standard again, because the Packers won't be able to beat their playoff opponents by scoring 20 to 24 points and trying to squat on the lead.

That doesn't mean Rodgers must do everything single-handedly. Just the opposite: He must evolve the way the best-of-the-best are supposed to late in their careers. Brady replaced Randy Moss rocketry with a much more surgical approach. Peyton Manning changed teams and coaches at age 36 with his trademark professionalism and reached two Super Bowls. John Elway settled into a run-oriented system at age 36 and won two Super Bowls. They all met new coaches, weapons and realities about their declining skills halfway by learning to thrive in new systems or environments.

If Rodgers cannot lead the Packers to the Super Bowl this year, they'll likely do even more to accommodate him next year: draft a half-dozen receivers, hold closed-door grievance-airings with LaFleur, sign Antonio Brown (that would go over swell) or whatever. That's what teams do when they have over $100 million and a decade of organizational identity invested in their quarterback.

But if Rodgers can't take this Packers team to the Super Bowl, it really means the next thing that must soon change in Green Bay is the quarterback. And it will all be because the quarterback himself refuses to change.

The Incalculable Legacy of Aaron Rodgers 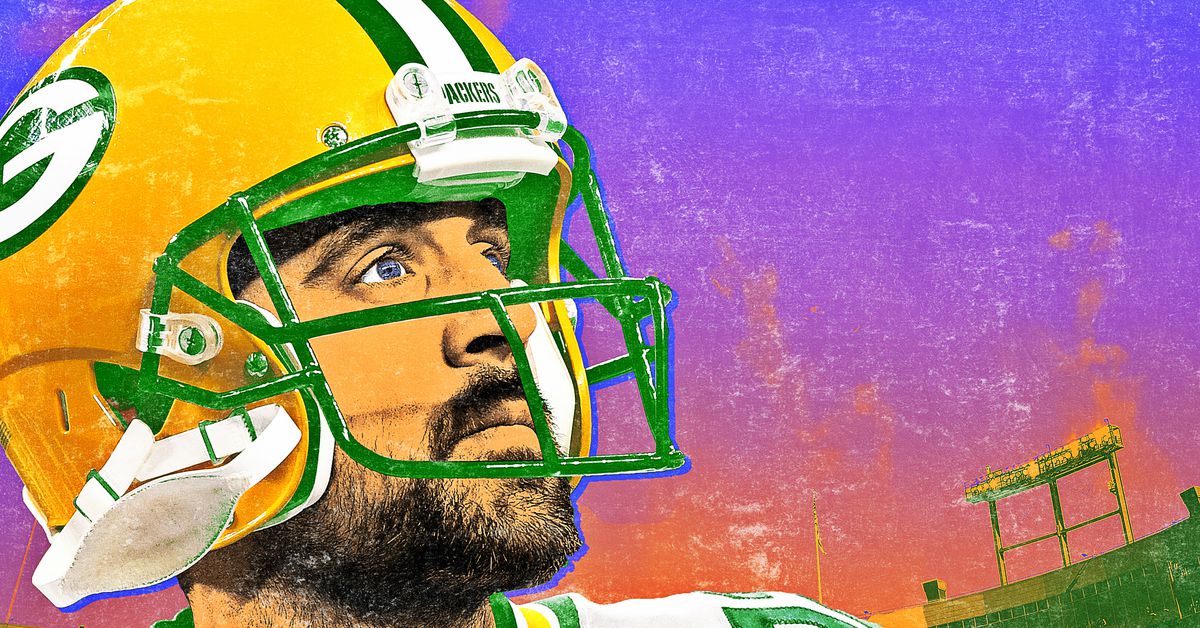 The Incalculable Legacy of Aaron Rodgers