Chelsea announced on Thursday that 21-year-old defender Fikayo Tomori has signed a new five-year contract at Stamford Bridge that runs until summer 2024:

The centre-back has broken into the first team this season under new manager Frank Lampard and has made 16 appearances in all competitions for the Blues.

His impressive performances for Chelsea have also seen him called into the England squad, and he made his international debut in November's 4-0 win over Kosovo.

Tomori said it was a dream to commit his future to the club he joined as a seven-year-old, per Chelsea's official website:

"It's obviously a very proud moment for myself and my family. I've been at the club since I was seven years old so I don't really know much else other than Chelsea.

"The club has been so good to me, looking after and developing me during that time into the player and the person I am today. It's a dream come true to sign a new five-year contract. I'm really happy the club have shown this faith in me and I'm just excited to carry on."

Tomori has shone for Chelsea this season after being handed the chance to impress in the Blues' backline following David Luiz's departure and injury to Antonio Rudiger.

He scored his first Chelsea goal in the 5-2 win over Wolverhampton Wanderers in an impressive all-round display for the Blues:

Lampard has placed his trust in youth since taking over from Maurizio Sarri and has handed Tomori significant game time along with other youngsters such as Tammy Abraham, Mason Mount and Callum Hudson-Odoi.

The Chelsea boss has spoken about the faith he has in his young defender:

Lampard says he has a lot of trust in Fikayo Tomori but he does not see him as contesting directly for a place with Toni Rudiger alone. He says he has four good centre-backs competing for the places. #LOSCCHE

Chelsea also have Kurt Zouma and Andreas Christensen in their first-team squad, but Tomori and Rudiger look to be the club's strongest centre-back pairing.

The Blues had made a good start to the season and are currently fourth in the Premier League and are into the knockout stages of the UEFA Champions League.

Tomori is one of a raft of talented youngsters at Stamford Bridge, and it's no surprise to see the club move quickly to secure his long-term future. 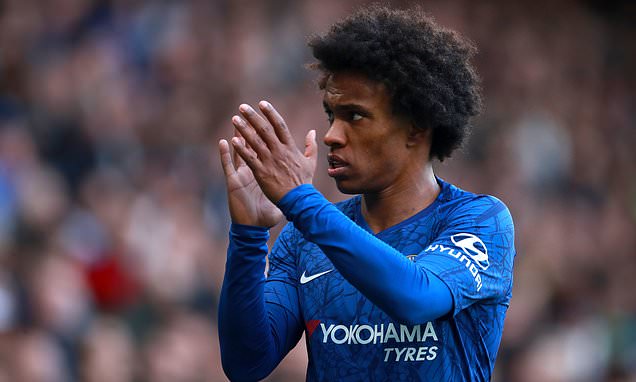