Joe Vardon and Shams Charania of The Athletic provided comments from several anonymous players Friday amid a then-four-game losing streak that had dropped the Cavs' record to 5-15.

"Guys drowned out his voice, and when guys start searching for the next in line for help, I believe you've lost them," one player said.

Another noted they've looked toward assistant coach J.B. Bickerstaff for leadership: "Our assistants are definitely more prepared for the NBA."

The players' issues with Beilein's coaching include too much time spent on teaching fundamentals, extended video sessions and a "broader lack of understanding of the NBA game," per Vardon and Charania.

Another member of the team argued the team's poor performance can't rest solely on the coach, though.

"At the same time, I think the players are the reasons things are happening the way they are," the player told The Athletic. "Coaching can't fix 20- and 30-point blowouts."

Beilein responded to the report prior to Friday night's loss to the Orlando Magic.

"We've met ... and it's like, 'Coach, keep doing what you're doing because we really need this. We need accountability, we need to play harder, stronger, tougher. Don't stop what you're doing,'" Beilein told reporters, according to ESPN.com. "We were the worst defensive team in the NBA last year. What do we do, practice less?

"I have a lot of confidence the guys in the locker room are on board, and they've told me that.''

The Cavaliers are in the middle of a rebuild but got off to a modest 4-5 start under Beilein, who was hired away from the University of Michigan in May.

They've fallen apart since that point, however, with 11 losses in their past 12 games.

"I can't tell you when it's going to happen. All I know is I'm not flinching," Beilein told reporters Tuesday about turning things around. "We will just keep working really hard at growing the team with every practice, with every film session, with every weight training session."

Meanwhile, Bickerstaff has been coaching at the NBA level since 2004, including stints as head coach of the Houston Rockets and Memphis Grizzlies. 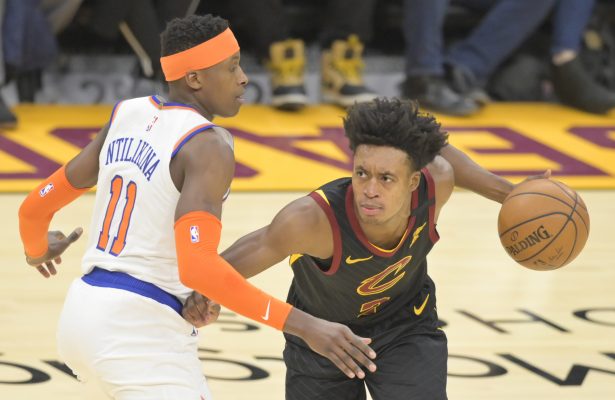