"Not one person would have said they were wrong if they didn't come here—it's my college jersey getting retired," Green told reporters. "They took the time out of their schedule to be here for me. Those are the things that make you say, 'OK, I want to be there for the rest of my career.' And I would do anything for that organization to help make that happen."

Golden State selected the 29-year-old former Spartans standout with the No. 35 pick in 2012.

He's far exceeded the expected value of a second-round selection. He's been named an All-Star three times, was voted the 2016-17 NBA Defensive Player of the Year and earned a place on the NBA All-Defensive First Team on three occasions. He's also helped win three championships.

Green and the Warriors reached an agreement on a four-year, $99.7 million contract extension in August that will keep him with the team at least through the 2022-23 season. He has a player option for the 2023-24 campaign. 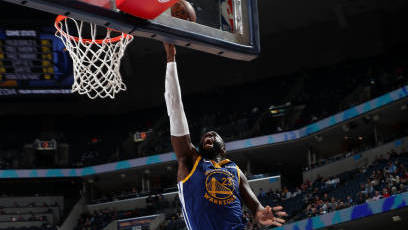 That should put the Michigan native within one or two deals from the end of his playing days, and he hopes he'll never have to don another uniform during what's on pace to become a Hall of Fame career.