The Thunder have beaten the Pelicans in all three of their meetings this season and twice this weekend, as Oklahoma City topped New Orleans 109-104 Friday night at Chesapeake Energy Arena.

Oklahoma City jumped out to an early 14-point lead in the first quarter, but the Pelicans recovered to make it a back-and-forth affair down the stretch. Steven Adams scored seven of the Thunder's 10 points in the last three minutes of regulation to secure the victory.

Five of Adams' points came at the free-throw line despite entering the game as a 40 percent shooter from there.

For all the success the Thunder have had against the Pelicans this season, they're still just 8-11 overall. 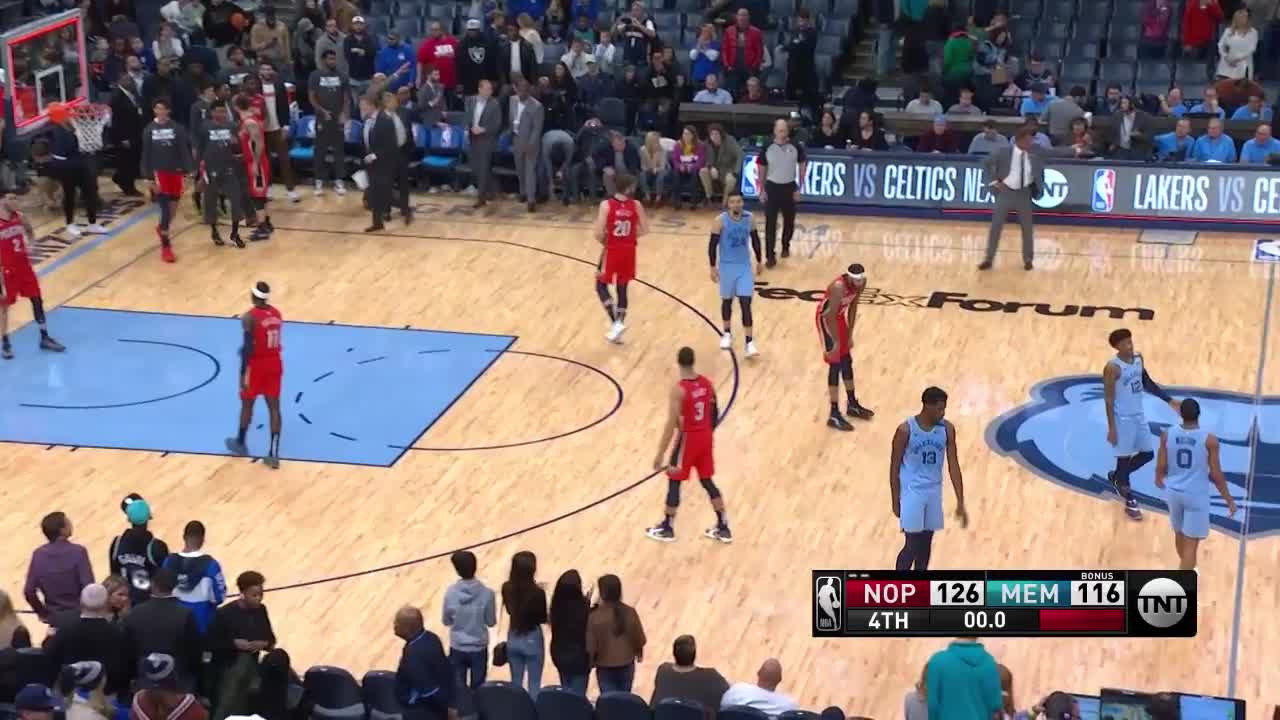 This game marked Ball's return to the floor after sitting out the Pelicans' last two games with an illness. More significantly, it was the 2017 second overall pick's first start since Nov. 8, as New Orleans had been using Ball from the bench prior to his getting sick.

Ball has now started nine of the Pelicans' 20 games.

The 22-year-old point guard looked a bit rusty through the first three quarters against the Thunder, while Jrue Holiday led the Pelicans' backcourt efforts.

However, Ball did show flashes of his playmaking ability:

Once the fourth quarter arrived, Ball had found his groove. With 7:47 left in regulation, Ball's third three of the evening gave the Pelicans an 89-86 lead:

"LONZO FOR THE LEAD!" Lonzo Ball drains a 3 over Steven Adams to give the Pelicans the lead! #WontBowDown https://t.co/VFf7E3O4T9

Ball then grabbed a defensive rebound and assisted a Josh Hart layup before draining another three to keep New Orleans ahead 94-89.

Brandon Ingram assisted both of Ball's fourth-quarter threes, giving a glimpse into what the Pelicans imagined when landing both players in exchange for sending Anthony Davis to the Los Angeles Lakers over the summer.

That being said, Zo needed to take that corner 3 the second time he got it. Ingram was posting up and was looking for Zo after he made the first one. Zo waved him off because CP3 was too close. Once CP committed to the double, BI fired it to Zo who passed it on to Hart. https://t.co/6cCwij86FO

Unfortunately, as has been the case for the Pelicans more often than not in 2019, the game slipped away from them in the final minutes. New Orleans has lost its last three games by a combined 12 points, per ESPN's Andrew Lopez.

The Pelicans have been inhibited, too, by rookie top overall pick Zion Williamson yet to debut while he recovers from knee surgery on a torn right lateral meniscus. Despite yet another loss, getting Ball back into the starting lineup with Holiday and Ingram is a positive step toward flooring a cohesive group once Williamson is ready to play.

The Pelicans will host the Dallas Mavericks on Tuesday night.

The Thunder will travel back home to Oklahoma City and host the Indiana Pacers on Wednesday night.