The Dallas Mavericks reeled off their seventh win in eight games after defeating the Los Angeles Lakers 114-110 on Sunday at Staples Center in Los Angeles.

The Lakers suffered only their third loss of the season, and the result snaps a 10-game winning streak.

The Mavs gained a measure of revenge after losing 119-110 in overtime to Los Angeles on Nov. 1.

Luka Doncic closed out November by averaging 32.4 points, 10.3 rebounds and 10.4 assists. Russell Westbrook and Oscar Robertson are the only other players in NBA history to average a 30-point triple-double over a calendar month.

Doncic finished one rebound short of starting December with a triple-double. 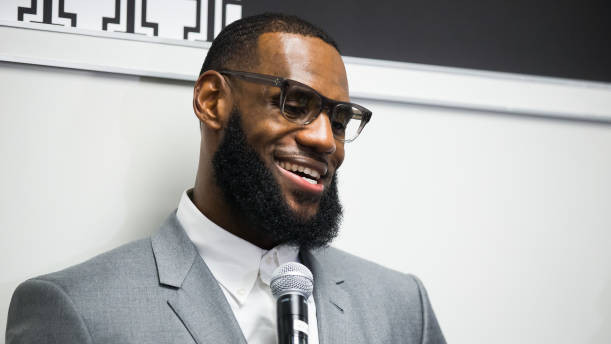 The Lakers only held a three-point lead at halftime, but it felt like the gap was bigger. Los Angeles was smothering Doncic, and Kristaps Porzingis was not registering much of an impact.

The Mavs came storming out of the gates to start the second half and outscored the Lakers 35-17 in the third quarter. Doncic was the spark, pouring in 16 points, and his thunderous right-handed jam had the effect of waking up his offense.

Luka sees a seam and HAMMERS IT! 🔨 #MFFL https://t.co/Cq7bw4drHI

This is quickly becoming par for the course for Doncic, but that shouldn't diminish his third-quarter performance.

One of Those Quarters for Doncic, who scored 16 in the third. Mavs up by 15 after three. Wasn't keeping track but felt like almost all his points followed a Lakers miss or turnover. He's feasting when they're not set and can't double him.

It's pretty surreal to watch LeBron make a perfect cross-court pass on one end of the court and then watch Luka do the same thing on the other.

In addition to their failure to slow down the reigning Rookie of the Year, the Lakers' growing frustration with the officiating symbolized how the wheels were coming off for the home team.

The Lakers' frustration with the officiating has been bubbling since halftime. KCP just got a technical as he left the game with his third foul.

Los Angeles went on a 10-0 in the quarter in response to a 17-0 run by Dallas, but the Mavs still headed into the final frame with a sizable 15-point advantage.

Delon Wright scored inside and Doncic got five quick points to halt what momentum Los Angeles had been building. It was a good job by Dallas of regaining its composure as the Staples Center crowd was starting to get back into the game.

Anthony Davis and LeBron James combined for 52 points, with Davis hauling down 10 rebounds for a double-double and James flirting with a triple-double. The pair were pretty efficient as well, combining to shoot 21-of-41 from the field.

Davis in particular started out strong, dominating the game on both ends.

As much as Davis and James excelled, the rest of the roster failed to show up for the most part. Nobody struggled more than Kyle Kuzma.

Kuzma had been listed as questionable to play with a sprained right ankle, which might partially explain why he missed seven of his eight field-goal attempts. The Mavericks successfully exploited Kuzma on defense as well.

Mavs are picking on Kuzma defensively here. Running him off screens and putting him into rotations which he's flubbing.

KUZMA is struggling in every aspect of the game thus far...NEED HIM!

In general, bench scoring summed up the biggest difference between the two teams. The Mavericks got 43 points from their reserves compared to 29 points for the Lakers.