PSG and Real Madrid played out a thrilling 2-2 draw in the UEFA Champions League, with goals from Kylian Mbappe and Pablo Sarabia late on cancelling out Karim Benzema's brace.

Madrid played well for long spells of the game, but their night was blemished when Hazard was swiped at by Meunier and subsequently brought off. Real Madrid confirmed the 28-year-old has picked up an "external bruise on his right leg."

Meunier was apologetic after the incident and said he tried to get in touch with Hazard to say sorry, per La Derniere Heure (h/t Get French Football News):

"I am honestly sad. I tried to contact him directly after the match, but I couldn't reach him. Aside from that, I saw two or three of his team-mates who said that he had taken quite a hit. I cross my fingers that it is not too bad. If there is one player who I really don't want to injure, it's Eden."

Here are the highlights from the match, in which the two European heavyweights played out a gripping contest at the Santiago Bernabeu:

As football writer Rik Sharma relayed, Hazard was enjoying one of his best matches for Madrid following his summer switch from Chelsea:

Hazard, on his best Madrid performance yet, taken out by Belgium team-mate Meunier and is being forced off with ankle injury

According to Tomas Roncero of AS, the Los Blancos star is set to be sidelined for around 10 days. If Hazard is out for the amount of time mentioned, then he'll likely miss the matches with Alaves and Espanyol, but he will be available for upcoming fixtures with Valencia and Barcelona.

While the Belgium international doesn't appear poised to miss any vital outings, he will be frustrated to be on the sidelines after recently building up some momentum, per Lucas Navarrete of Managing Madrid:

Hazard injured just when he was reaching his form. Appears to be an ankle sprain.

The EiF Soccer account praised Hazard for standing out in a game that was packed full of quality players:

Such a shame to see Eden Hazard come off injured. Won't be happy with Meunier. In a game featuring Mbappé and Neymar (albeit just the 2nd half), it was Hazard who ran the show. A magical performance from the Belgian, who enjoyed his best performance so far in a Madrid shirt.

Although Hazard has failed to register a goal or an assist in either of his previous two outings—Madrid played Real Sociedad in La Liga on Saturday—he's been a standout performer for the team.

While there were times earlier in the campaign when Hazard was sluggish and indecisive, he's now more vibrant and dynamic in possession. Gradually, he's beginning to show why so many Madridistas were excited to see him rock up in the Spanish capital.

Meunier doesn't appear to have done serious damage to Hazard on this occasion. Given how important the forward is for Belgium, too, the full-back's heart would have been in his mouth in the aftermath of that challenge.

Real Madrid: Sergio Reguilon expected to stay at Sevilla for one more year

Real Madrid: Sergio Reguilon expected to stay at Sevilla for one more year 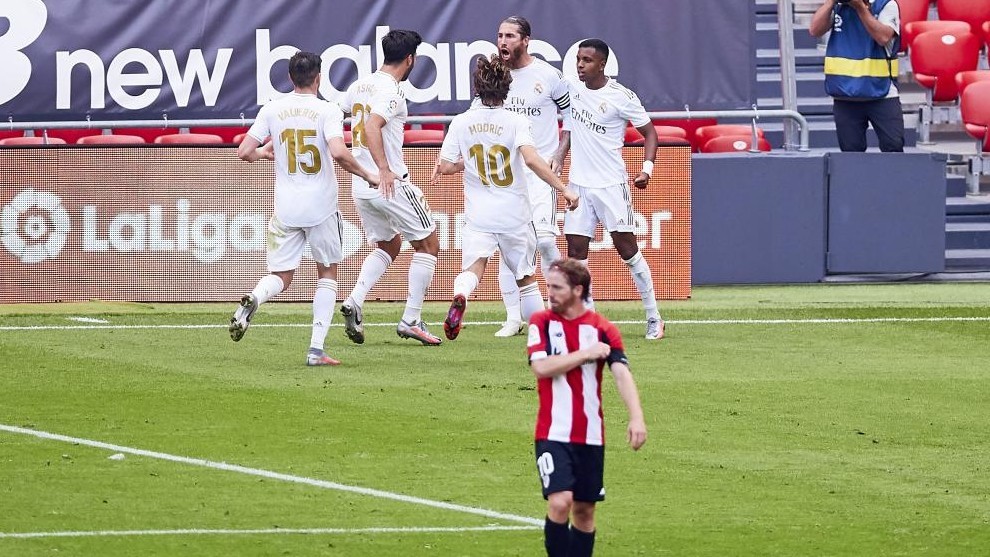