Justin Fields and the second-ranked Ohio State Buckeyes held off the eighth-ranked Penn State Nittany Lions 28-17 in a pivotal Big Ten East showdown at the Horseshoe on Saturday.

Fields led the way for the Buckeyes with 188 passing yards, 68 rushing yards and two total touchdowns, while running back J.K. Dobbins added 157 yards and two touchdowns. Chase Young had three sacks and two forced fumbles in his first game back from a two-game suspension.

Ohio State clinched the Big Ten East with the victory.

As strong as the Nittany Lions run defense had been this season, it was no match for a backfield that features a pair of Heisman Trophy candidates.

It was clear right from the start Penn State had no answers for the Ohio State ground game. The Buckeyes' opening drive started at their own 9-yard line, and they proceeded to pound out 91 yards on the ground en route to the end zone, behind the dynamic duo of Fields and Dobbins.

Every team wishes they had Justin Fields. That's even more the case on 3rd down. @justnfields | @OhioStateFB https://t.co/MYpNKJ3U0v

The Nittany Lions were able to hang in the game as the defense played a bit of bend-but-don't-break, forcing a Fields fumble at the goal line on the Buckeyes' second drive. But Ohio State's rushing attack was relentless:

Justin or J.K., you just had a feeling @OhioStateFB was going to score on this 4th down. It was @Jkdobbins22, for the record. https://t.co/l1eJL0eB9Z

Dobbins ran for 89 yards and two scores in the first half, with Fields adding an additional 59 yards. The Nittany Lions' fourth-ranked rush defense entered having allowed just 75.9 yards per game. And Dobbins and Fields both nearly topped that mark by themselves in the first half alone.

That steady ground game helped the Buckeyes (19:37) essentially double the Nittany Lions (10:23) in time of possession during the first two quarters as they took a 14-0 lead into the locker rooms.

Penn State did a better job against the run after halftime, forcing a pair of fumbles in the process. Meanwhile, Fields made a point to remind Penn State that he can also beat the defense with his arm:

Justin Fields with an absolute DIME. Doesn’t get much better than this. (via @CFBONFOX) https://t.co/zcMGccAqbF

As well as Fields played through the first 10 games, questions remained about how he would handle adversity during a game. As the Buckeyes nearly squandered a 21-point lead during a sloppy second half, the first-year starter proved he was more than capable of coming through in big moments.

Penn State's offense struggled to get anything going during the first half, going three-and-out on three of its first five drives. And while Fields and Dobbins piled up the yards, the Nittany Lions defense made just enough plays to make things interesting.

With the Buckeyes on the brink of jumping out to a 14-0 lead in the first quarter, Nittany Lions safety Lamont Wade made a huge play at the goal line to force a fumble by Fields:

HUGE play for @PennStateFball! The Nittany Lions force a Justin Fields fumble at the goal line to keep Ohio State out of the end zone 👏 https://t.co/szxvUz1kCJ

That turnover helped keep it a one-score game—and turnovers would be a theme on this rainy day.

Ohio State extended its lead to 21-0 on the opening drive of the second half. Penn State responded by getting on the board as backup quarterback Will Levis replaced an injured Clifford. Then the defense took over.

The Nittany Lions defense quieted the Ohio Stadium crowd by forcing fumbles on back-to-back possessions midway through the third:

The offense wasn't able to fully take advantage of the great field position, settling for one touchdown and one field goal. Those 10 points did, however, quickly trim a 21-point deficit down to just four in less than four minutes.

Penn State's defense helped prevent Ohio State's high-powered offense from turning the game into a blowout. But the Nittany Lions offense was unable to make enough plays to complete the comeback and pull off the upset.

Both teams will be back in action Nov. 30. Ohio State (11-0) will travel to that state up north for a battle against archrival Michigan. Penn State (9-2) will return home to Happy Valley to close out the regular season against Rutgers.

The Buckeyes will face either No. 10 Minnesota or No. 12 Wisconsin in the Big Ten Championship Game Saturday, Dec. 7. 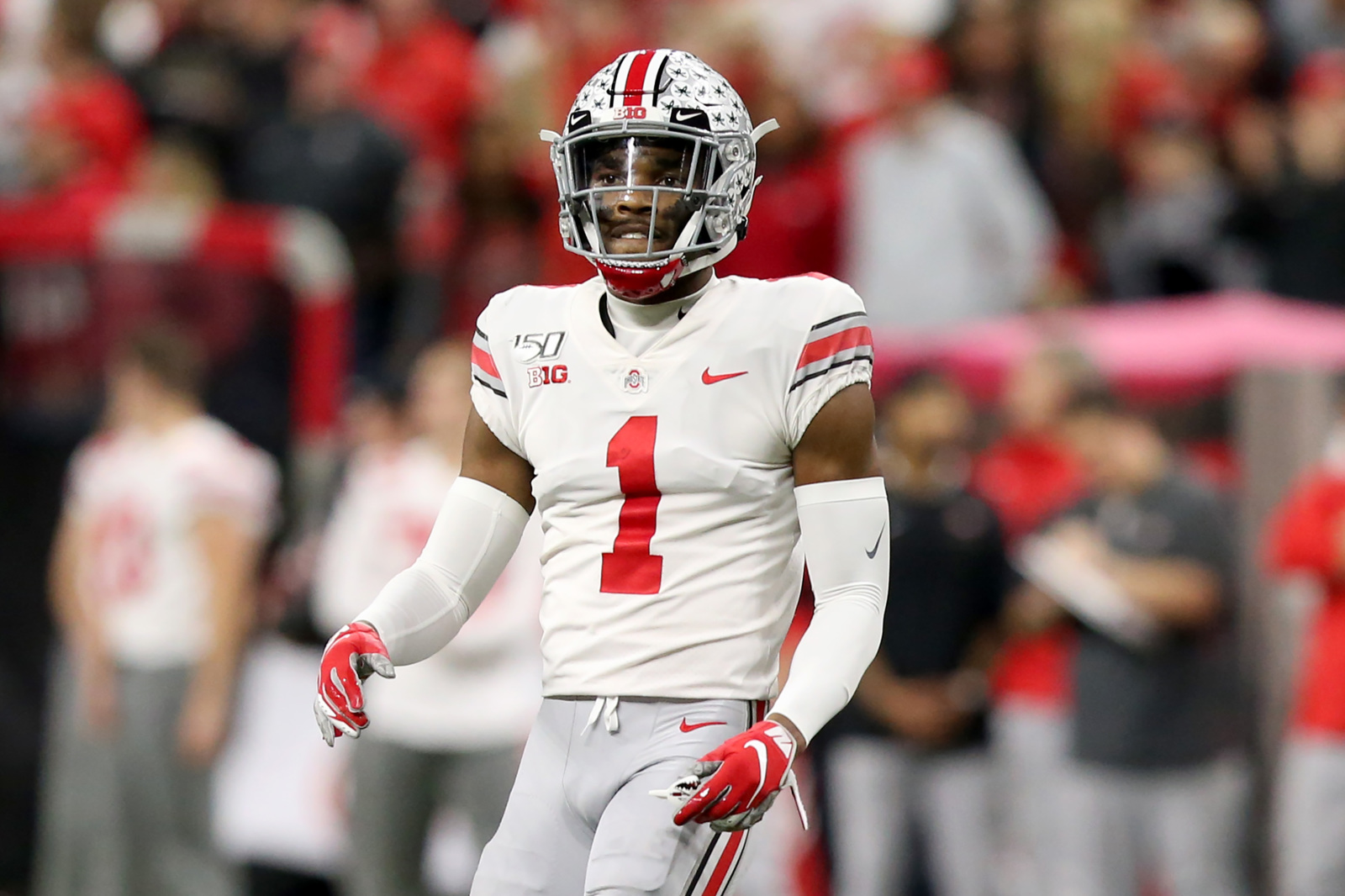 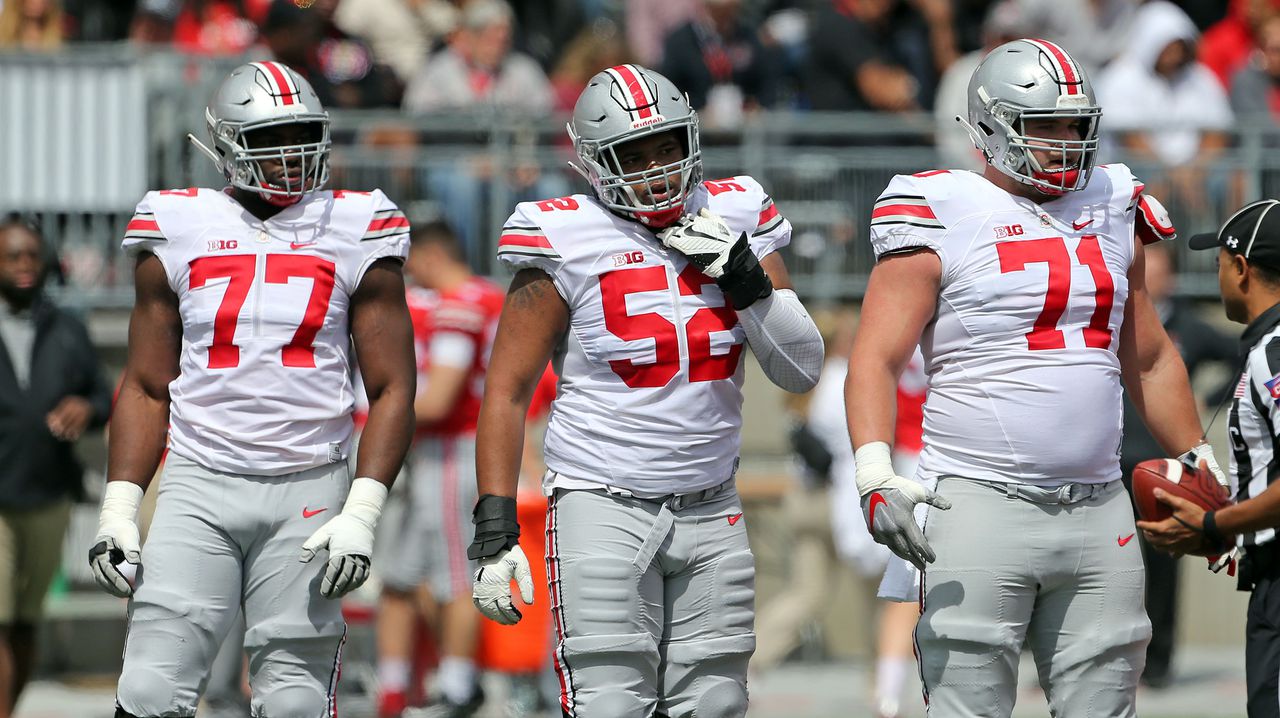 J.K. Dobbins still not over Fiesta Bowl, not ready to talk Buckeyes legacy 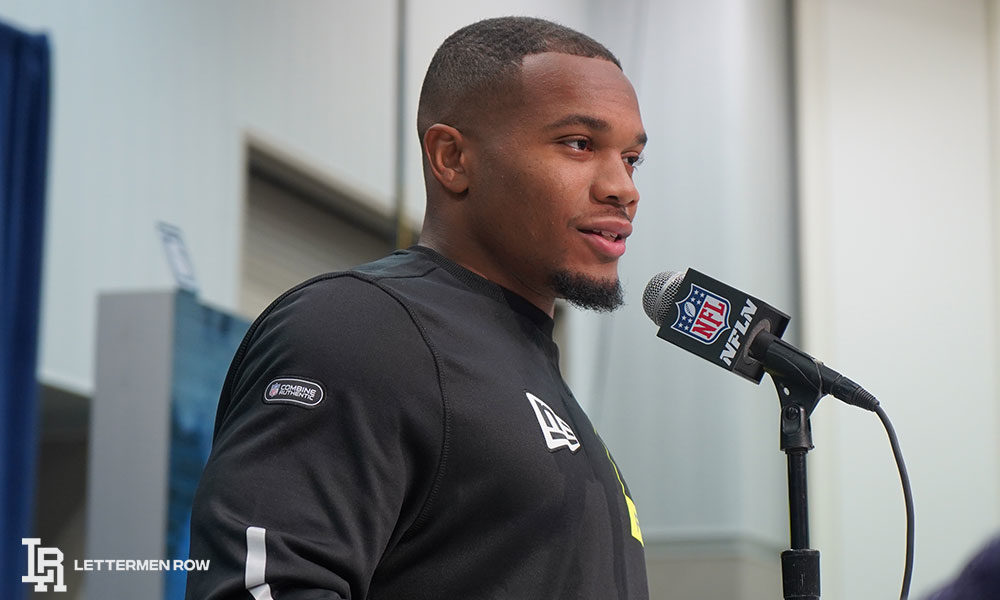 J.K. Dobbins still not over Fiesta Bowl, not ready to talk Buckeyes legacy

Jackson left a legacy in a very short time

Jackson left a legacy in a very short time